This week I gave the wrong advice to a client and told them they had some additional steps to do as part of support packs for security activities. Fortunately, the only harm was a few unnecessary emails and egg on my face when I realised and had to send a correction through.

On the same day, I was also configuring something and rushing out the door to get home, so I was a bit quick to bundle my change and not check my transport before releasing. Luckily it was new functionality and I had time to fix the issue before testing commenced. But it was a few hours sifting through my build to find what I missed and put the correction in.

Both mistakes were obvious ones. I was annoyed and embarrassed with myself for being wrong. I know I’m the type of person who will shy away in a corner if I don’t know the answer out of fear of being wrong.

The reality is that we all make mistakes. After almost 15 years working in SAP I’m still making them. But each time I’m learning. Learning what not to do and why can be a better education than how to do something right.

It’s for this reason I thought it’d be great to pay homage to our mistakes and by doing so, reflect on those stressful moments in life, have a laugh, and think about what we learned from them in the form of a game.

System Admins: you don’t get points for transport issues, etc if the transport owner told you the sequence, etc. 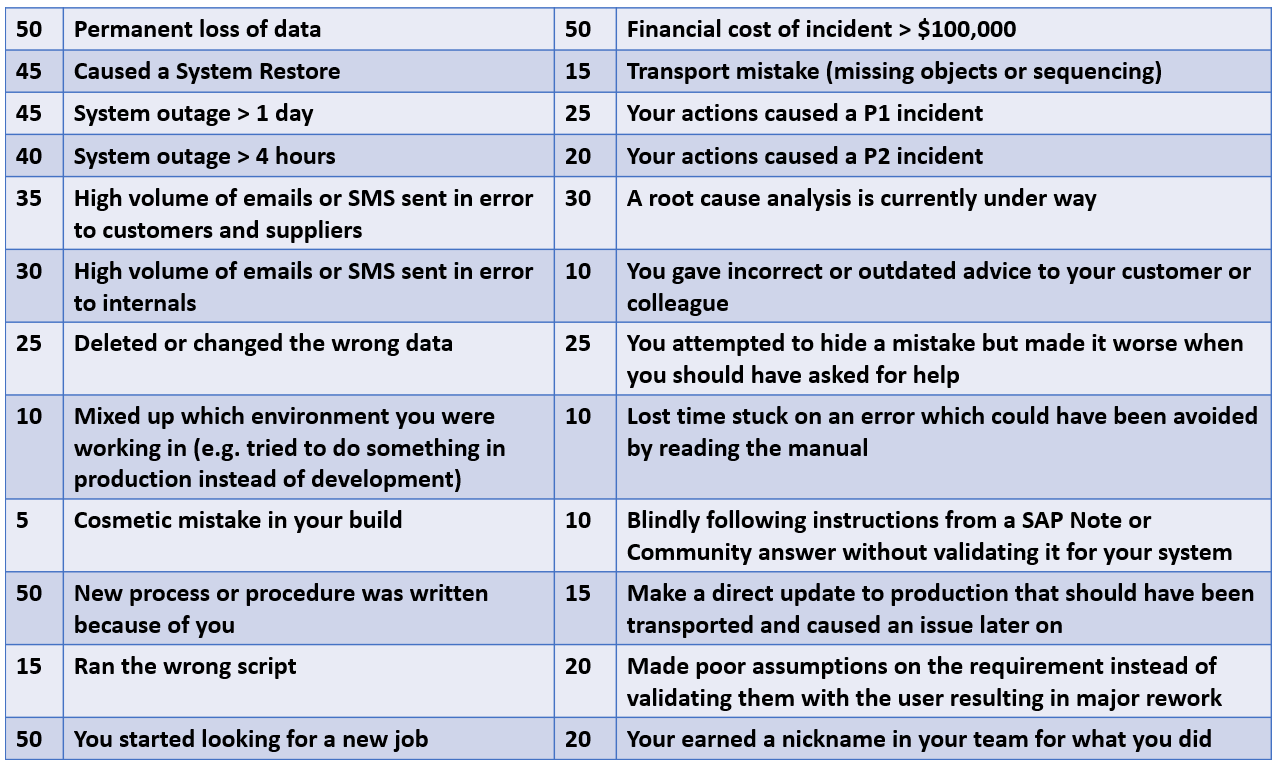