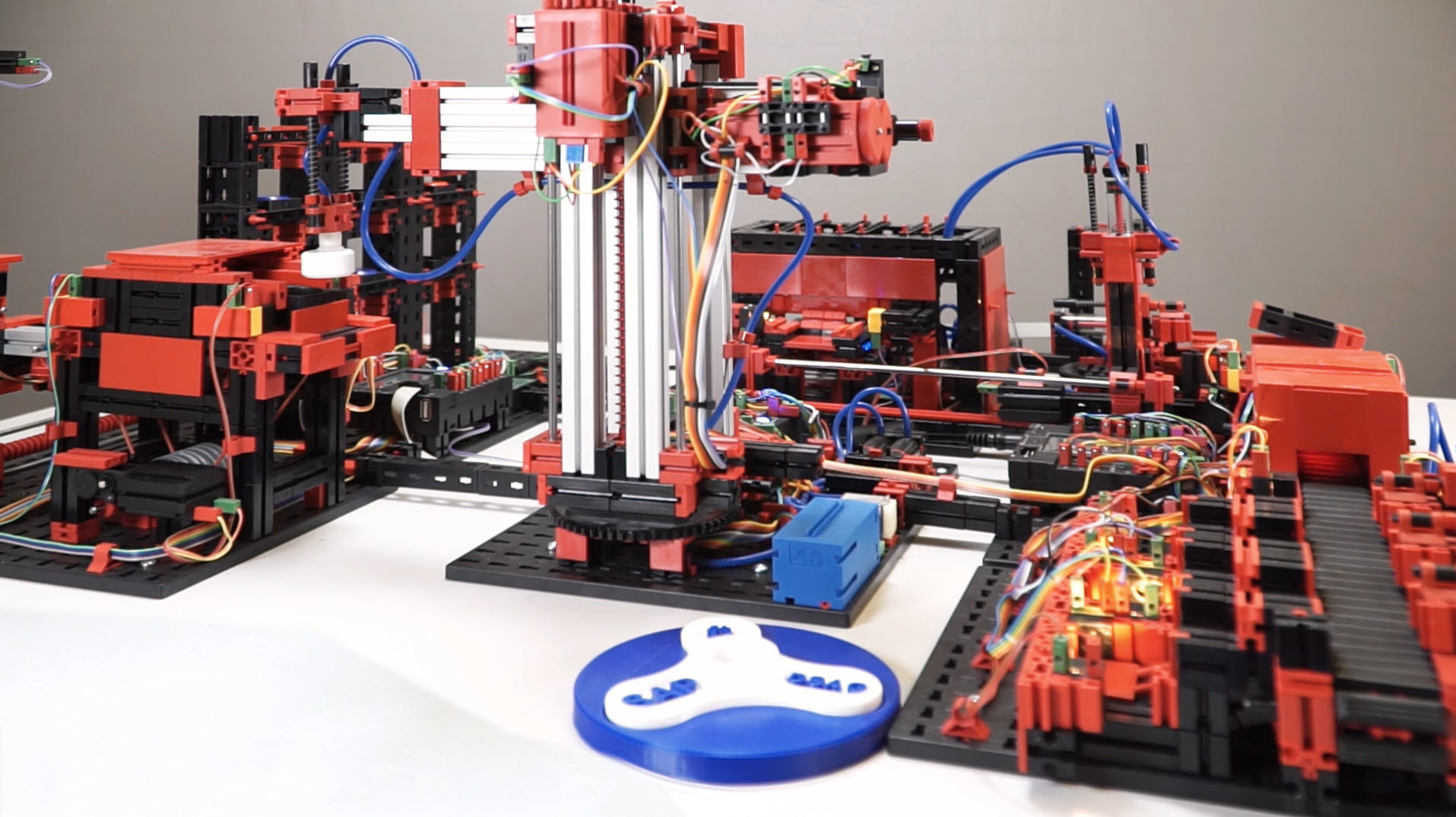 The basic configuration file we have used so far has to bet extended for this model. It basically looks like this:

The next three parameters are miiUser, miiPassword and miiUrl. At certain points the factory sends GET request with some URL parameters to give status updates to SAP MII. You can build diverse things on top of the status updates sent to MII, e.g. dashboards for the frontend as well as complex business flows via business logic services (BLS) in the backend. You can also tightly integrate MII with ME via BLS. For an easier setup we store the username and password as plain text in this configuration file. Of course that procedure is nowhere near close to being secure. Only use it with test users in test environments where you don’t care about security. If you don’t want to use this feature for security reasons, then just omit these parameters. The specified URL is being used to call an MII transaction which must be located in a folder fischertechnik/FactoryResponse and must be named trxFactoryStatus. With each call we pass two URL parameters, one is the token and one is the status. The parameters are called “Token” and “Status” respectively. The value for the status is a single digit number.

The URL to the MII system should not contain any part of the path to the transaction. It should be only the hostname with port and protocol: https://<host>:<port>. To simulate an error situation, you can pick up the object from the conveyor belt after the light barrier behind the color sorter. In this case the process cannot be finished and a status 0 is being sent again.

All other new parameters are calibration parameters. Each model can behave slightly different due to production tolerances. Each of the adjustment values can be positive or negative to perform adjustments in one or the other direction.

Keep in mind that the configuration parameters are only read on the startup of the demo connector for Fischertechnik. If you do changes, then restart the connector.

For this specific model we have two options to start it. The first option is to start the connector like you have learned in the previous blog posts.

If you do so, the command to be sent via the websocket connection is

The values for row and column specify from where the item should be picked up in the warehouse. The value range is from 0 to 2. The value for SFC (shop floor control), shoporder and material are simple strings which are typically provided by the SAP S/4 or ME system. For the execution of the factory itself they are not relevant.

Another way to start the factory is with the following command

In this case the factory will start to run and pick up one object after the other from the warehouse. Sometimes it is just easier to run it in this mode, for example if you want to explain some basics, or would like to do some calibration tasks and watch what parts need to get calibrated. If you want to show the tight integration into an SAP system, then use the first approach.

In addition to the status updates to SAP MII the factory publishes updates on the web socket endpoints. The JSON object published to that endpoint looks like this:

For these messages the type parameter is always set to ui5Status. As you can see in the above JSON, you get percentage values on the status of the different operations. For each of these operations different states are possible. The states can be planned, neutral, positive and negative. It is generally safe to assume that the positive state value is the difference of 100 and the sum of the states planned and neutral. The negative state is usually 0. The exception to this rule is the state for assembly. As written earlier you can simulate an error situation and that is why for this operation a value for the negative state is given. Moreover the factory reports on what sfc, shoporder and material it is working. These are the values provided with the startFactory JSON file, as explained above.

When we show this demo, we have for example built the following dashboard:

At the top of the screen you see the information about what material, shop order and SFC are currently in process. Below that, you see the process flow and where in the process we are. The first two steps have a full green circle, thus they have the state positive set to 100%. The next step, polishing, is half green and half grey. Its status is 50% positive and 50% neutral, meaning that the operation is half done. The last two operations are both 100% planned, which means they have not yet started. At the bottom you see some analytics. On the left you see how many bearings (in our scenario the wooden objects are bearings) have been produced. On the right you see a temperature chart for the furnace. These values are simulated, but you notice the hump in the chart, corresponding to the time when the bearing is inside the furnace. This means that we can act on the sensor data, in this case the sensors tell us that the piece is in the oven or outside of the oven.

Have fun with your demo connector for Fischertechnik. If you use it to build cool scenarios and integrate models with SAP software, please post them on SCN.