For the first time, I wanted to try the tag/word cloud using SAP Analytics Cloud.  I did a search, and came back with this posting from Flavia Moser, SAP.  You use R visualizations to create a Word Cloud.  But wait, I haven’t been trained in R and I haven’t set up my tenant to work with R.   Lucky for me, my tenant is hosted in the United States so I don’t have to set this up myself. 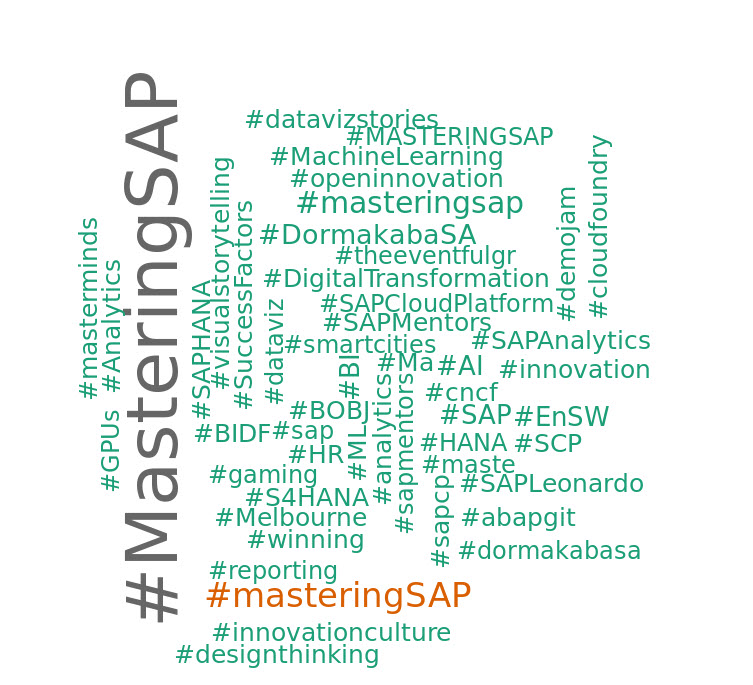 This was my first attempt.  Following Flavia’s blog, I used this code snippet:

Good to see SAP Mentors and Martin Gillet as the top texts. 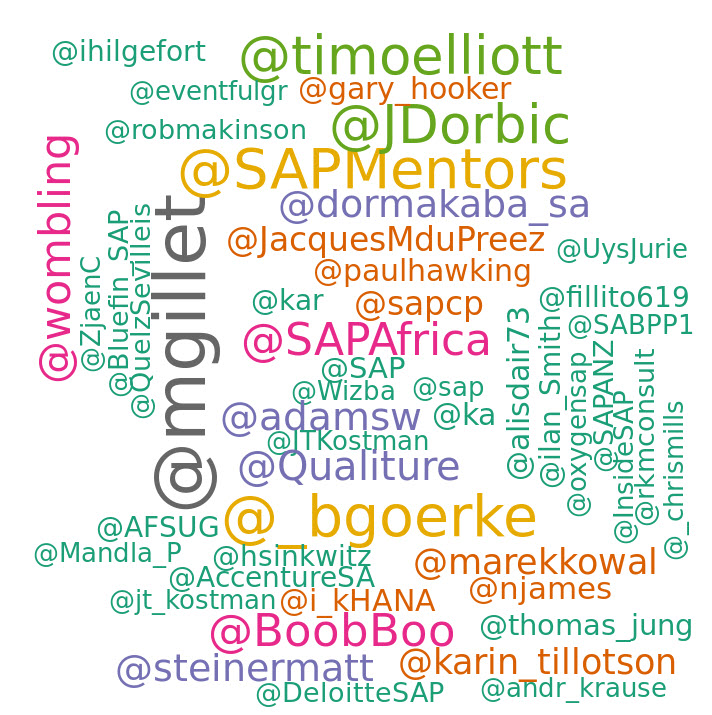 Above are the top twitter handles – you can see Martin Gillet, Timo Elliott , Chris Kernaghan , Matthias Steiner  who were in South Africa and Julia Dorbic , Karin Tillotson who were in Australia.  (Why can’t I seem to find Graham Robinson ? )

Wait, I found Graham below: 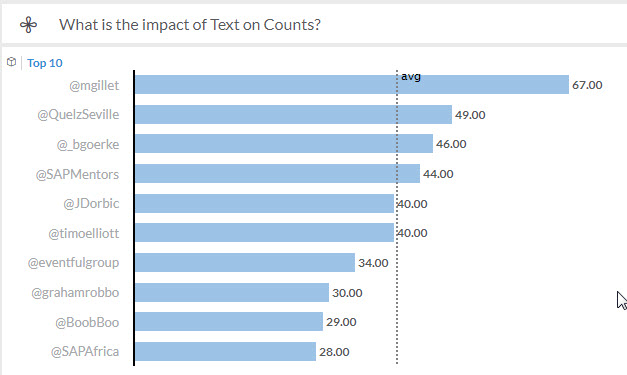 When I went to “build my story” SAP Analytics Cloud proposed the above – this means that Martin Gillet was most mentioned in the tweets…. 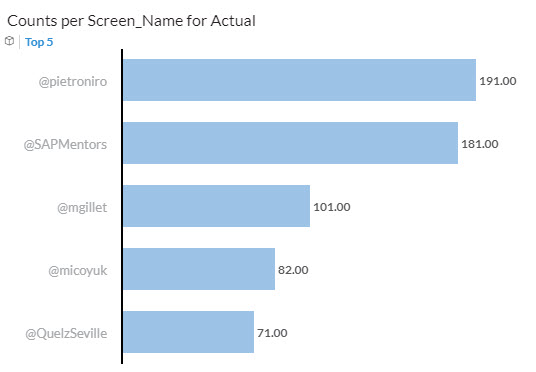 Top tweeters (for both events) are shown above 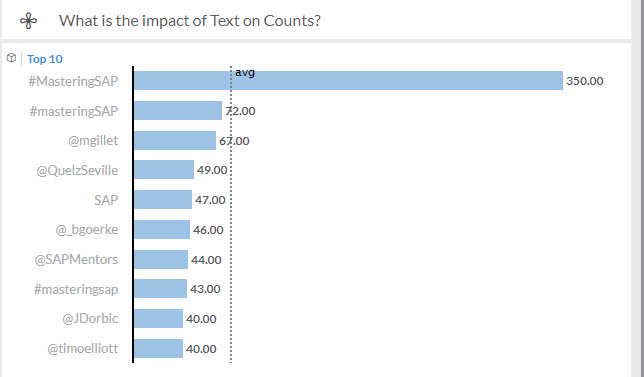 All texts (twitter topics, ID’s) is displayed above.  It is no surprise that the tag MasteringSAP is number one or the Martin Gillet is again top twitter handle. I keep trying to learn more from him. 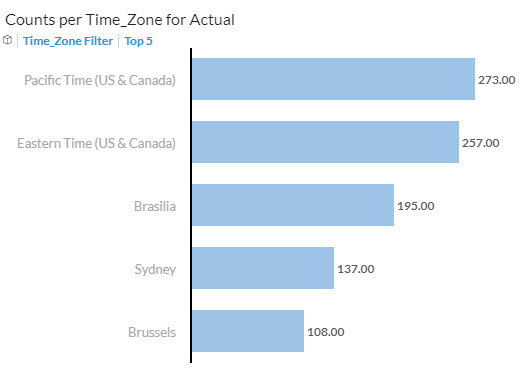 It is interesting that the top time zone is Pacific with East Coast #2 – given that the events were in Australia and Africa!  Martin Gillet represents the Brussels time zone. 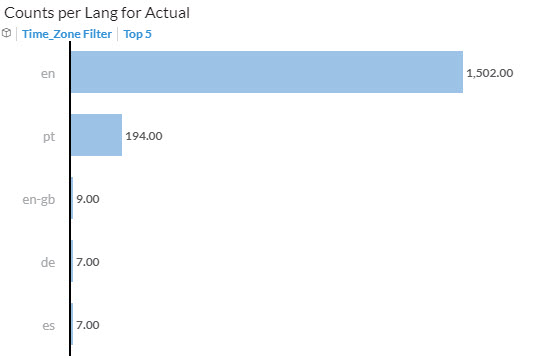 English is the top language and Portuguese is second, given the tweeters from the Brazil time zone above. 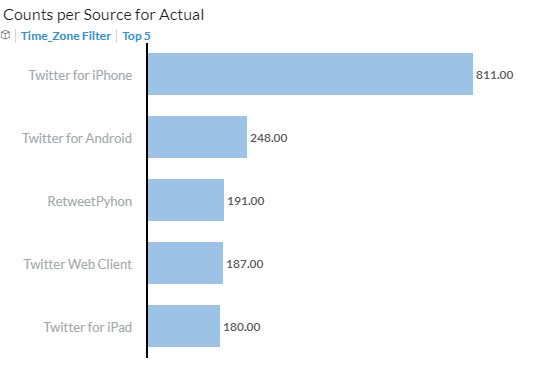 Top favorited tweet (at 50, no less) was this one from Graham:

It was a very ‘social’ week on twitter and social media reminded me of how nice it was to visit South Africa and Australia.