Some Cases for AutoNavi Map Integration with C4C

Integrate the AutoNavi Map with C4C so that Chinese customer can use map function.

We get the requirement that to create a zoom/in out buttons on the map to control the zoom level for the AutoNavi Map instead of the tool bar. Actually the method ‘jQuery.sap.includeScript(sUri)’ is also a async method, and from below document, we should call initAMapUI() in the callback of the init map. But the initAMapUI() has some issue will cause the event ‘

Due to above issue , we have changed the map API & map UI API to sync version, and they will be initialized in method ‘initialize’, and we will call the callback after both API initialized ,also we have replace the sap standard (jQuery.sap.includeScript(sUri))method to the JQuery’s method.

Then we can use it in the codes: 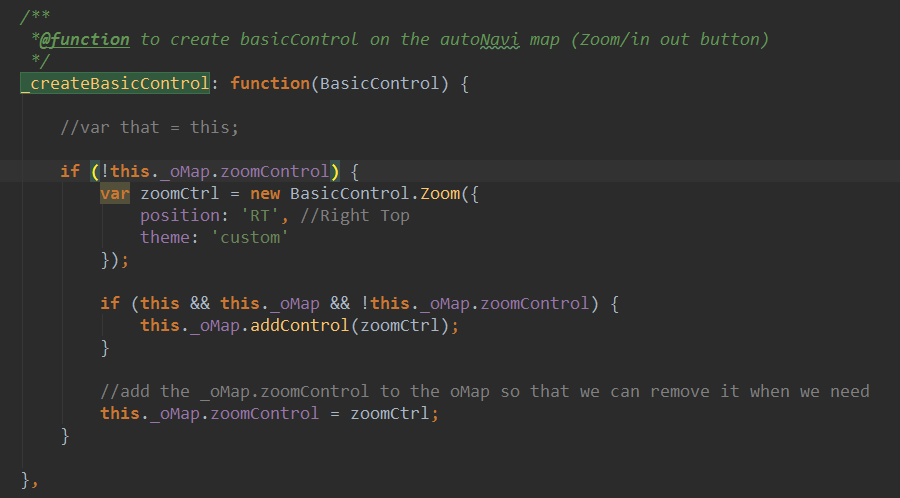 Please note that the ‘AMapUI.loadUI’ is async process.

The Custom Component for AutoNavi Map

The requirement is to all some buttons on the map to impl the specific function, so we need to create some custom component which is provided by AutoNavi Map to impl these buttons. 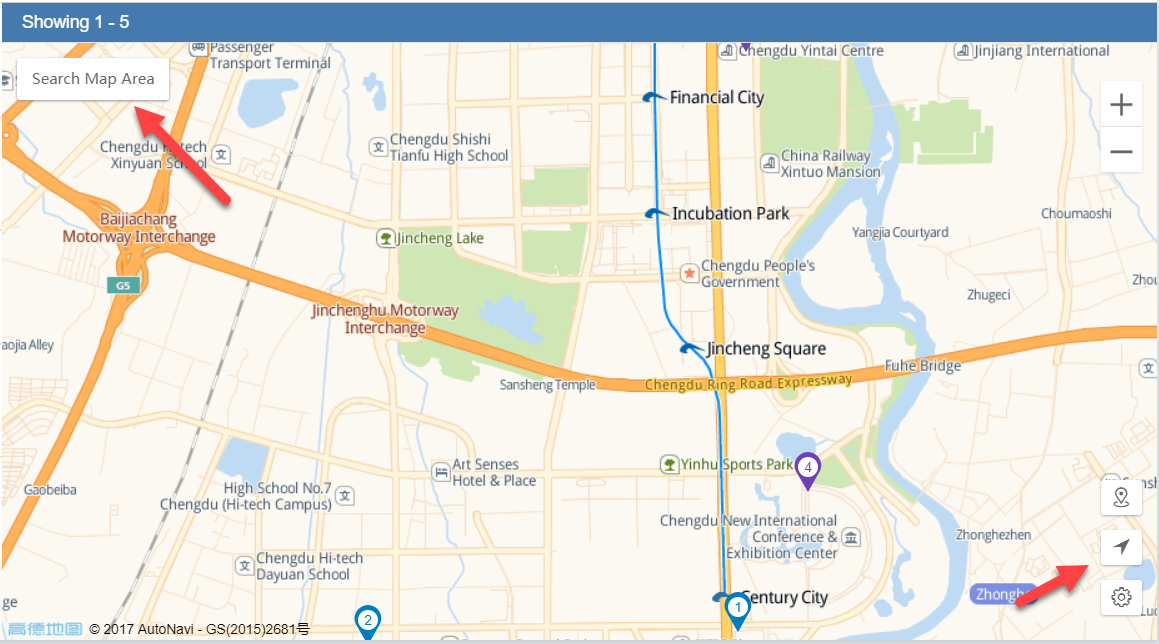 AutoNavi Map has provide us a custom component to impl them, below is a sample to create a map setting button.

please note that the method ‘addTo’ & ‘_getHtmlDom’ are AutoNavi’s standard, we should follow it to create custom control on the map. and this method is async process.

The requirement is to let the radio button control the map style, 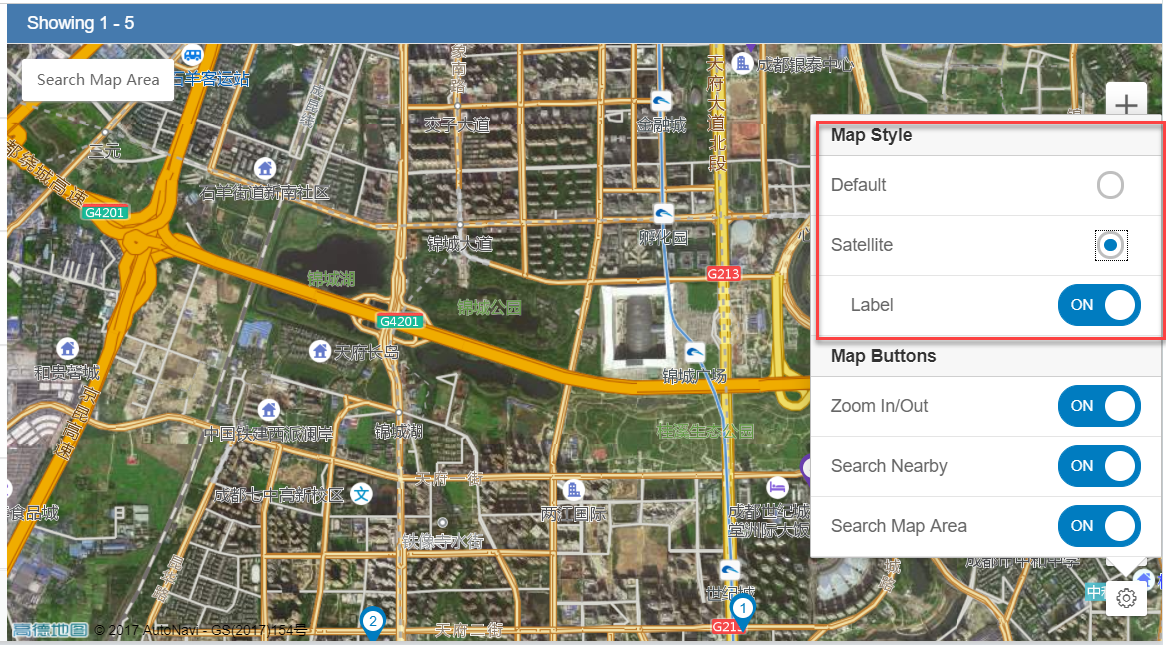 The first step is to create layers on the map:

Destroy controls after the map destroyed.

We have created a batch of controls on the map , so after the map destroyed , we should destroy them.

The first step is to create a list to carry them:

Then after you created every control , you should push it into the list: Then destroy it in the method ‘destroy’:

In case you have more question when developing the AutoNavi Map or when you are using this feature, you can raise your question below and I’ll answer it if I can.