A new SAP S/4HANA version or feature pack stack (FPS) has been released.  You want to know all the new or enhanced apps so you can decide whether and when to upgrade to the target release/FPS.  In this blog you will find out how to find the most recent new and enhanced apps for SAP S/4HANA Cloud or SAP S/4HANA in the Fiori Apps Library.

For those of us working with customers implementing SAP S/4HANA Cloud or SAP S/4HANA, a common question we receive from customers, partners, and project managers, is how to find the new and enhanced Fiori apps. This question frequently comes just after the latest Cloud Release, SAP S/4HANA version or feature pack (FPS) has just been released.

IMPORTANT: The technique described in this blog is limited to finding the new and enhanced apps added by the most recent SAP S/4HANA version/FPS or SAP S/4HANA Cloud release.  In an upcoming blog you will find out how to identify the delta of new apps between your current release and your target release.

How to Find the Most Recent New and Enhanced Apps

Next select the main filter Fiori Apps for SAP S/4HANA.

IMPORTANT: If you are finding apps for SAP S/4HANA Cloud still start this way, you can swap the filter to the correct Product Suite in the next step. 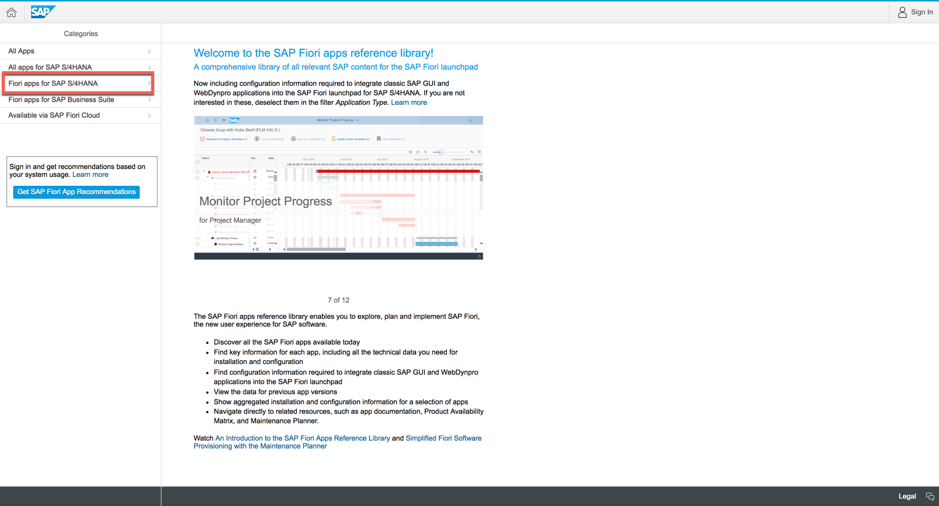 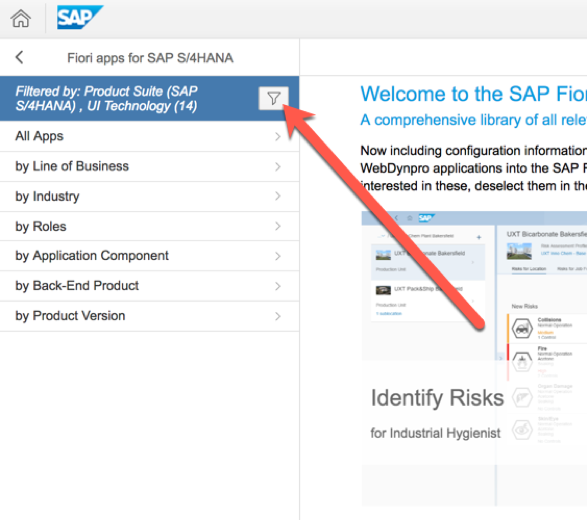 You will see there are already has some filters selected.  The Product Suite filter is defaulted SAP S/4HANA.  While the UI Technology filter selects all the different Fiori UI types by framework. 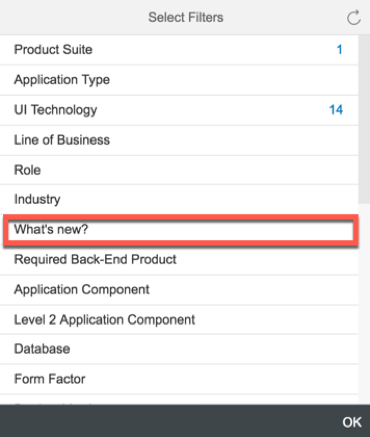 Select New Apps and Enhanced Apps and then press ok. 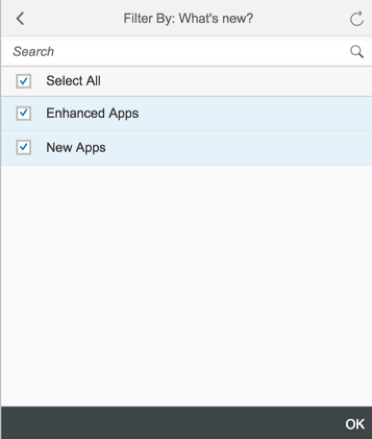 Notice the stars against the different apps. 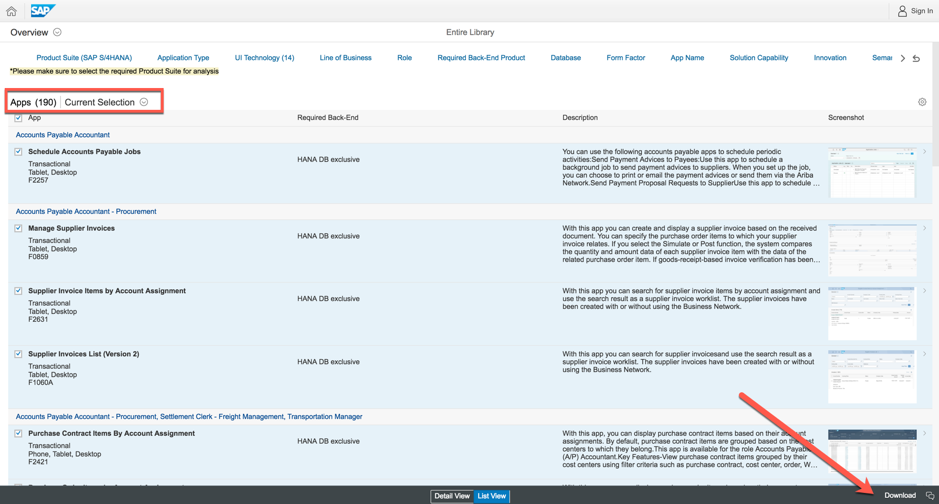 And then you can use that list for your discussions with your sponsor, stakeholders, and your project team!

Thanks for your wonderful blog!

Is it possible to get a more detailed preview of the new Fiori 2.0 apps (more than in the app library)? I am looking for information on functionality/features, especially for the HCM apps. The Fiori Apps Library lists the app`s key features, but I would like to know more details or ideally see the app in action.

A demo like the one for Fiori 1.0 on https://www.sapfioritrial.com/ would be great, but anything that gives more information than in the apps library (or the app documentation) would be very interesting.

HI Christopher, Thanks for the encouragement!

The best option currently to deeply explore the functionality of apps is to set up your own SAP S/4HANA Trial instance using the Cloud Appliance Library.  Even if you are deploying to another landscape S/4HANA 1610 or 1709 will give you a Fiori 2.0 environment to use for your experiments.

For example you can create a 30 day trial CAL instance based on the solution "SAP S/4HANA 1709 Fully Activated Appliance".  This includes an active Fiori Launchpad, many apps are activated, and even test users and demo scenarios. The software is provided free-of-charge, you only pay the Amazon WS storage and runtime costs.

Hi Jocelyn, thank you for your information.

This sounds excellent, exactly what I need. I will try it out.

Your blog is very good. Thanks

In your blog you did mention - In an upcoming blog you will find out how to identify the delta of new apps between your current release and your target release.

I was trying to figure it out but no success, have you written the blog ?

Just doing that now.... new feature was released a couple of days ago. You can find some more information here: Creating a delta of apps between releases