On the East Coast, we have experienced 70mph wind storms, losing power, and still winter cold weather.  As a result I still like to look back at lovely Huntington Beach, CA and seeing what everyone was talking about at BI+Analytics Conference. 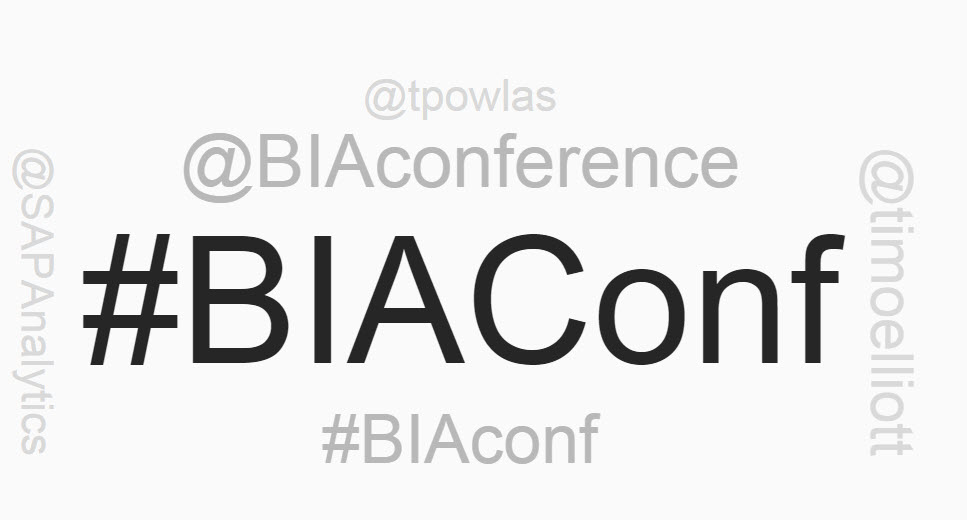 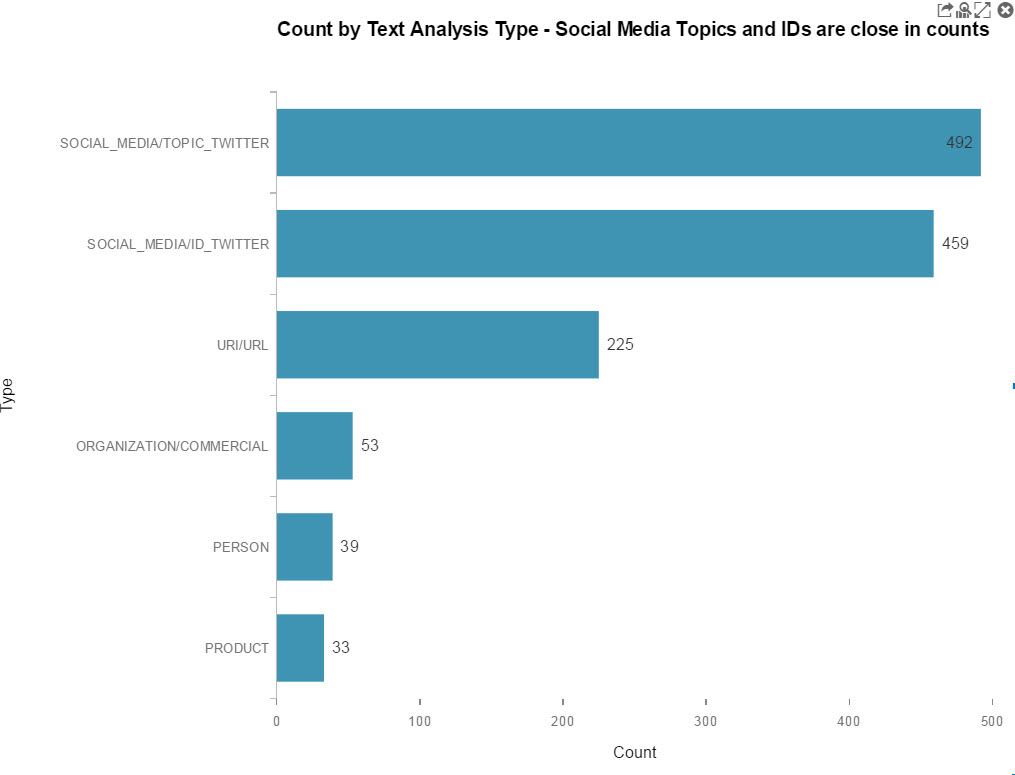 Above shows the text analysis type with social media topics and twitter ID’s close together. 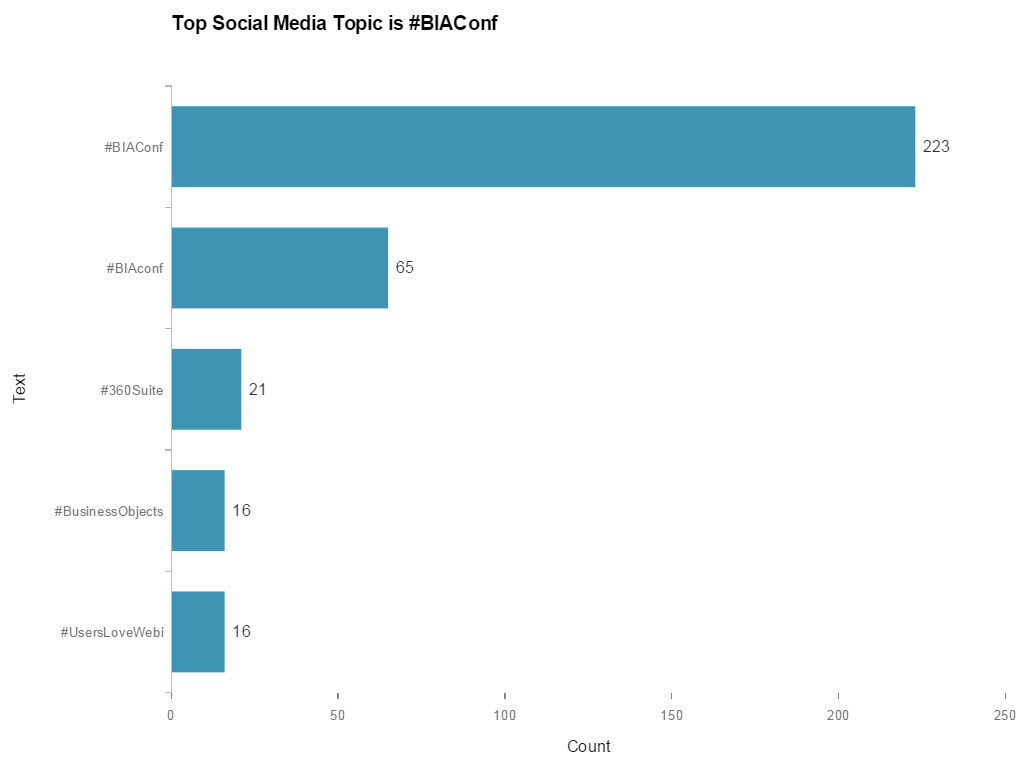 This is a bar chart of the first figure.  Variations of the conference hashtag, #BIAConf, were the top

SAP’s Timo Elliott , with 2 keynotes, was very popular in social media at this conference.  Speaking of Timo, I was stopped several times last week, “what about on-premise” and I referred them to Timo’s slide here: 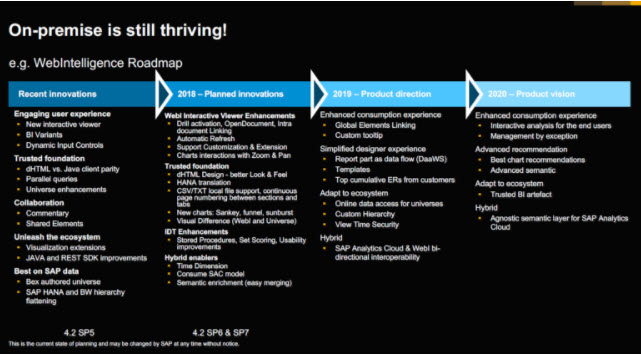 “On premise is still thriving” as shown by the Web Intelligence roadmap above. 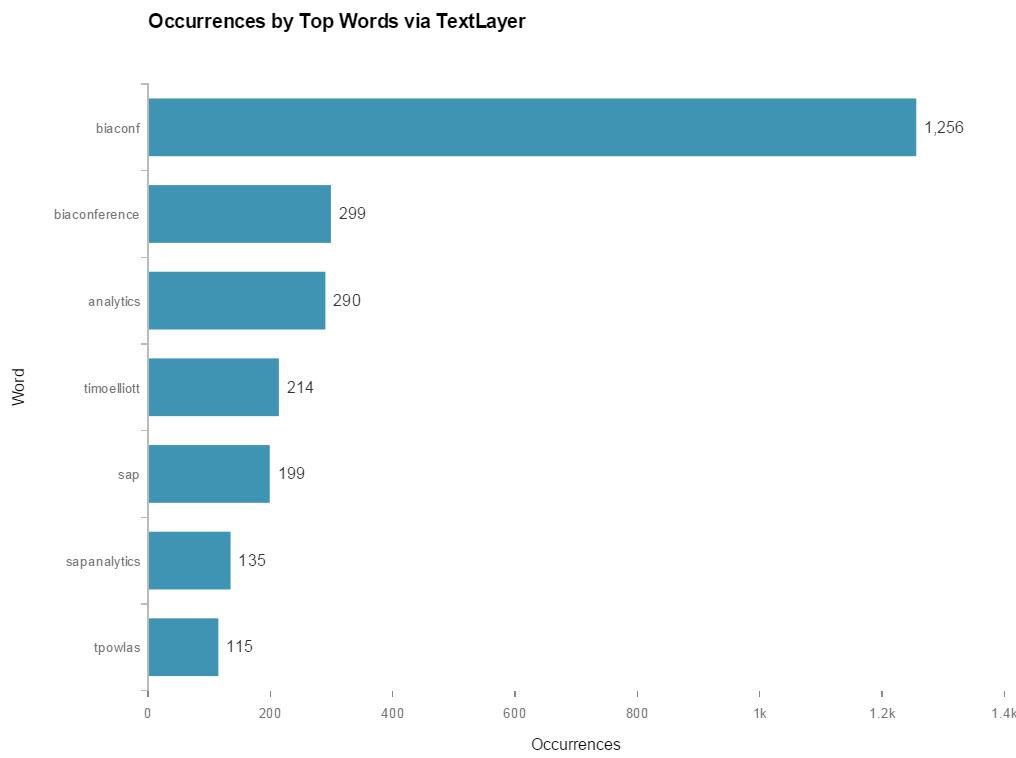 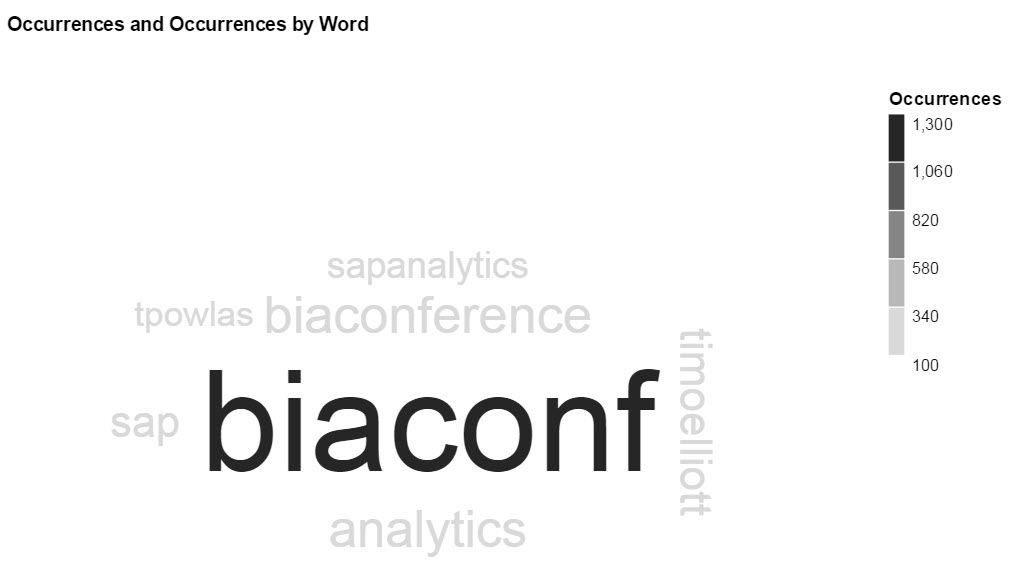 Who doesn’t want to see a tag cloud?  I know it is not popular with visualization experts, but I still like them. 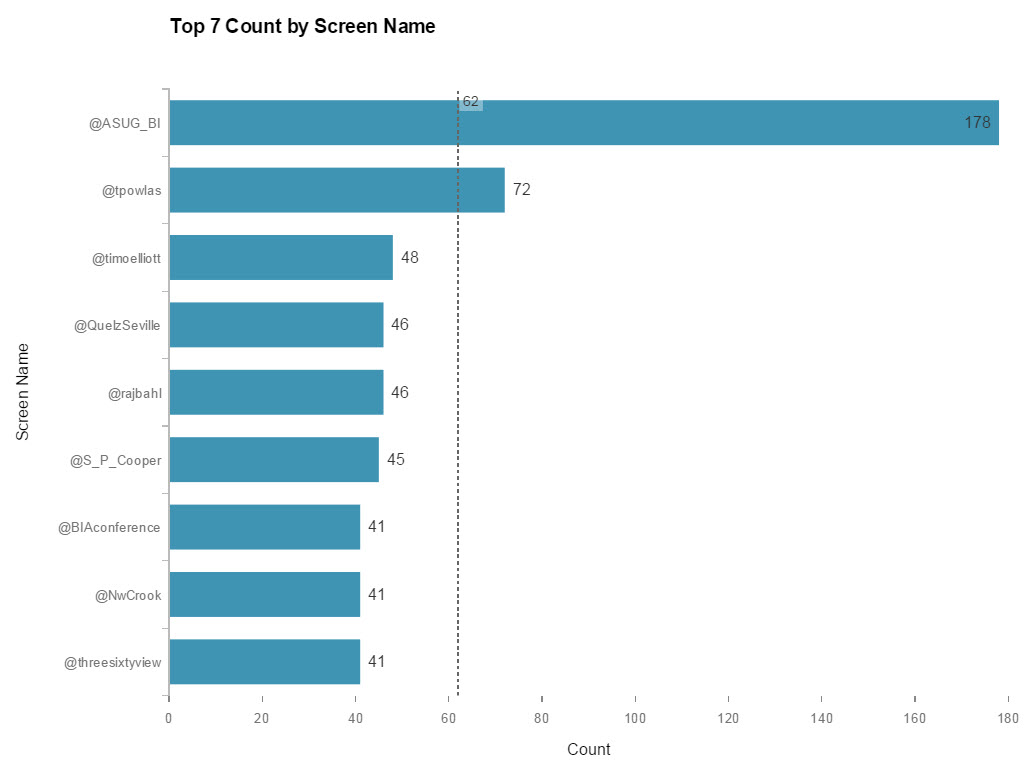 Top tweeters (but it should be quality not quantity)

ASUG volunteer Shawn Cooper  (aka @S_P_Cooper on twitter) won the event twitter content.  It was well deserved as his tweets were of high quality, in my opinion 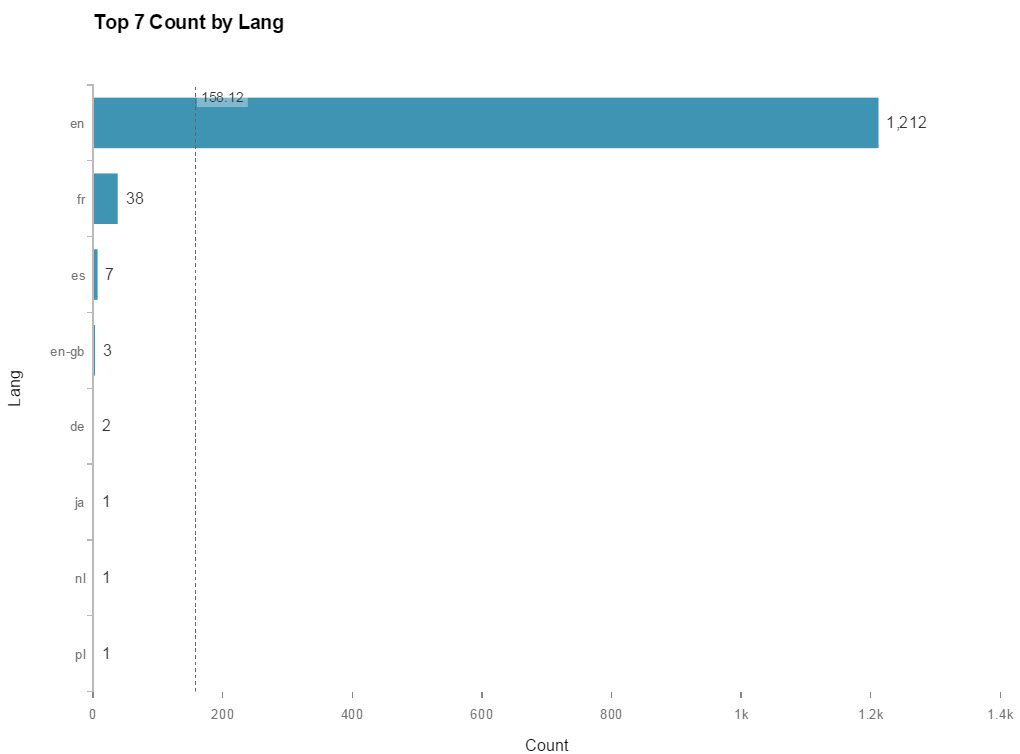 English was the top language used in twitter, followed by French, as there were some French speakers in attendance 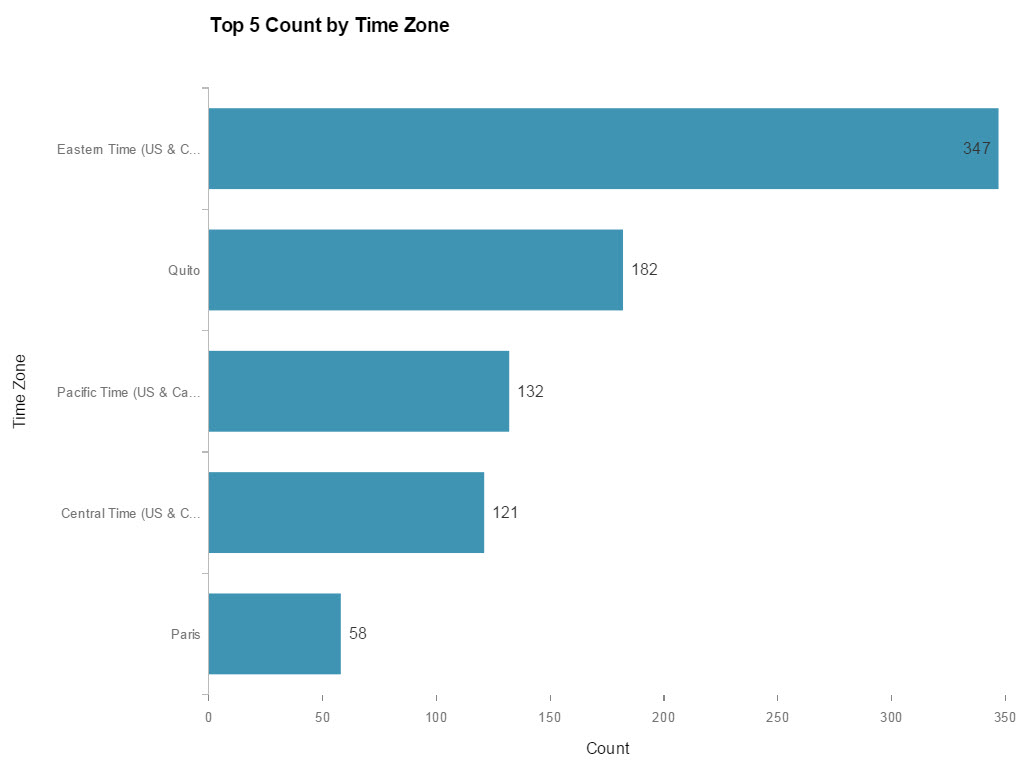 The top time zone of tweets was East Coast, which is interesting as the conference was held on the West Coast. 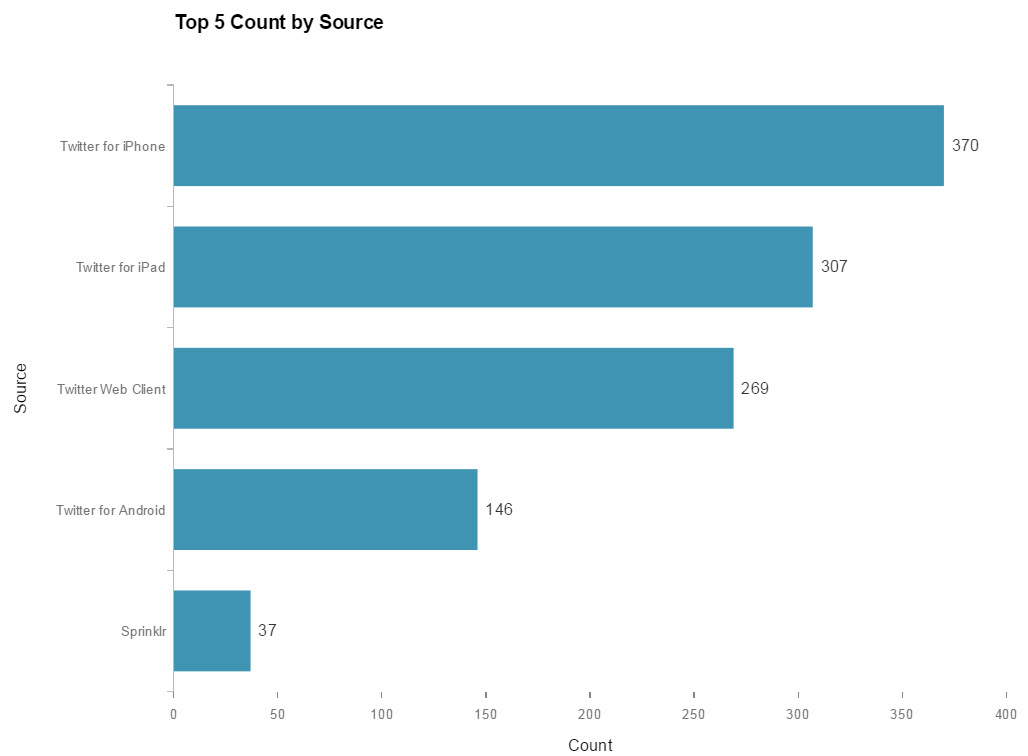 Twitter for iPhone was the top source of tweets followed by twitter for iPad.  SAP uses the Sprinklr platform for tweets.

What was the top tweet, most favorited and retweeted?

I’m looking forward to #BIAConf in Huntington Beach next week, and I hope to see you there! Here’s a super-secret sneak peek of some of the latest powerful, integrated #analytics technology I’ll be showing in the keynote!   #bi #bobjforever #partylikeits1995 #3dchartsareawesome pic.twitter.com/jCv8ggEUUV

However, for me, the most memorable tweet was this one by Catherine Rush

Eventful Conferences has a poll, with 11 hours left – I don’t want to influence you, but please vote California!

Let me know date and time of SAP Analytics Cloud for Beginners webcast.

Hello - thank you for reading and your interest.

Please join us March 8 for SAP Analytics Cloud for Beginners