Watch the replay of our #askSAP Viz the Madness Live Chat from March 14 to see how we arrived at the bracket. 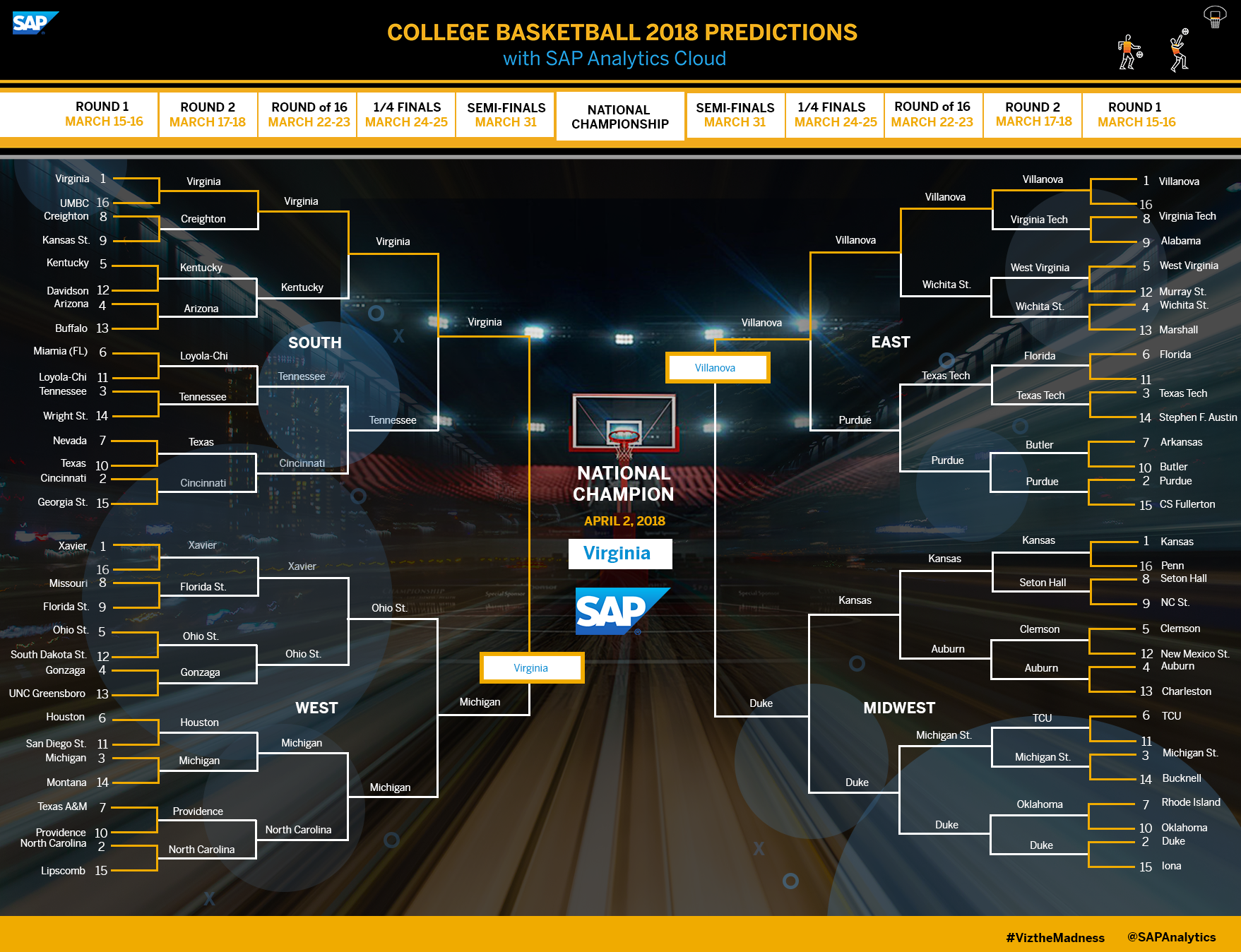 ‘Tis the season of college basketball madness. It rolls around every March, and the focus—largely in the USA—is on a single elimination tournament determining the men’s division 1 national champion. To be fair, and not to be forgotten, there is amazing women’s college b-ball action as well—always a good watch. But the spotlight, the predictions, the bracket frenzy center on the men’s tournament, where some of the best players in the game will play their hearts out, some for the last time.

In virtually every office in the USA, and within a lot of families, bracket pools will be formed with everyone trying to predict the winners of 63 games in a cascading series. The competition, the opinions, and the discussions will be fierce and, at times, heated. As always there will be surprises and upsets; and somewhere, the person who chose winning teams based on uniform color, state flower, mascot, or via coin toss will win the local pool, frustrating those that took, what they view as, a more “scientific” approach.

Here at SAP, we’re calling on SAP Analytics Cloud to help us Viz the Madness. Read on to learn more, and make sure to join us at our March 14 #askSAP Viz the Madness Live Chat for the big reveal.

This week, the final key games prior to the tournament take place,  and the results of those match ups will be closely watched and used by many as a basis for their predictions. Many of the bracket predictions will be made by people who believe they’re using data, yet they will override that data with gut instinct and intuitive feeling.

Choosing what data to use is a major challenge as well. What are the key indicators and data points to use, what are the influencers, what is critical? Is it win/loss, rebounds, fouls for and against, field goal ratio, free throw ratio, height of forward? How far back do you go—data from this season only or back to 2008, because you feel you want to reflect strength of program? There are numerous sites out there that offer stats (plain, weighted, and adjusted), and some that even provide a luck factor.

Even if you choose the right data and the right predictive model, this is a single elimination tournament. A prediction is a likelihood of the outcome of an event. Say team A is predicted to beat team B in a matchup 90% of the time. That prediction would likely play out over a 7-game series. But this isn’t the World Series or Stanley Cup—this is a single elimination knockout. So is this the one game in 10 that team B should statistically win? Even in a 50/50 coin toss, I can flip 5 heads in a row, though over 1,000 tosses the predicted outcome will hold. So a prediction is a likelihood of an outcome, not a guarantee of the outcome of a single event. 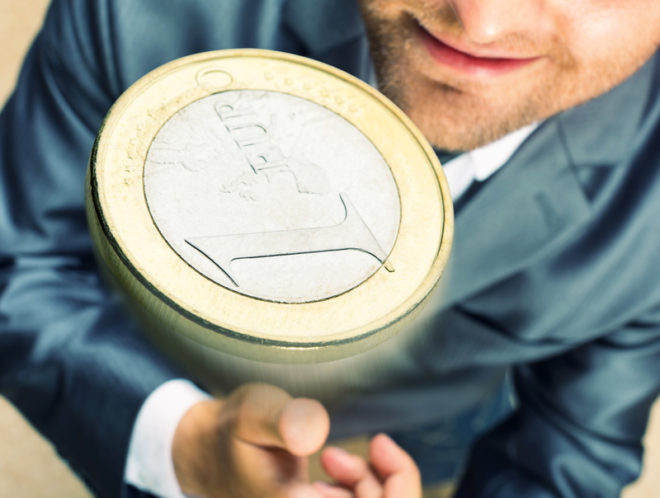 These are the same challenges that face teams in businesses across the globe as they struggle to use predictive analytics and make sense of the prescriptive actions that result. What data do I have, what can I do with it, what are the key attributes to use? Luckily, tools like those in SAP Analytics Cloud can help.

What better way to demonstrate this in March than by using the power of SAP Analytics Cloud to drive our own bracket predictions? Nic Smith did this last year and correctly predicted the ultimate men’s division 1 college basketball national champion, the University of North Carolina. (See Nic’s 2017 full bracket.) This year, we hope to repeat his success.

Stay tuned to this blog during the tournament. We’ll update it and our bracket after each round.

March 14: Be There for the Big Reveal and Join the Conversation

Join Nic Smith, Chandran Saravana, and me on March 14th for an #askSAP Live Chat, where we’ll reveal our winning pick for 2018. We’ll share how we arrived at the decision of what data to use and how to predict our team bracket, and we’ll answer your questions as we go.

As always, this time of year makes for some amazing games to watch and great fun to be had. Good luck with your brackets and hope you get some bragging rights this year. Let me know how it’s going here or on Twitter at @JohnSchitka