Simple links can be used to navigate from one system to another: 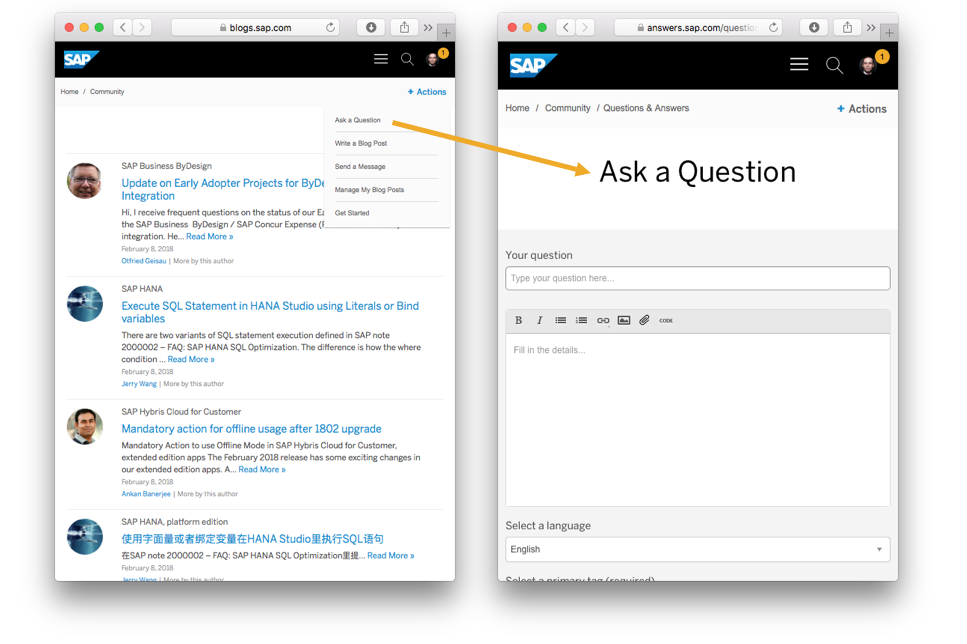 Transclusion is a very common technique in the web. HTML relies heavily on the transclusion of images, scripts or stylesheets. There are many technical options for transclusion:

Where is transclusion used in the SAP Community? Let’s take for example the web pages implemented with the content management system Adobe Experience Manager (AEM). The web pages have static and dynamic content that is included either with Ajax or SSI. The SAP Community uses Akamai but decided to not use ESI to keep the architecture as simple as possible. 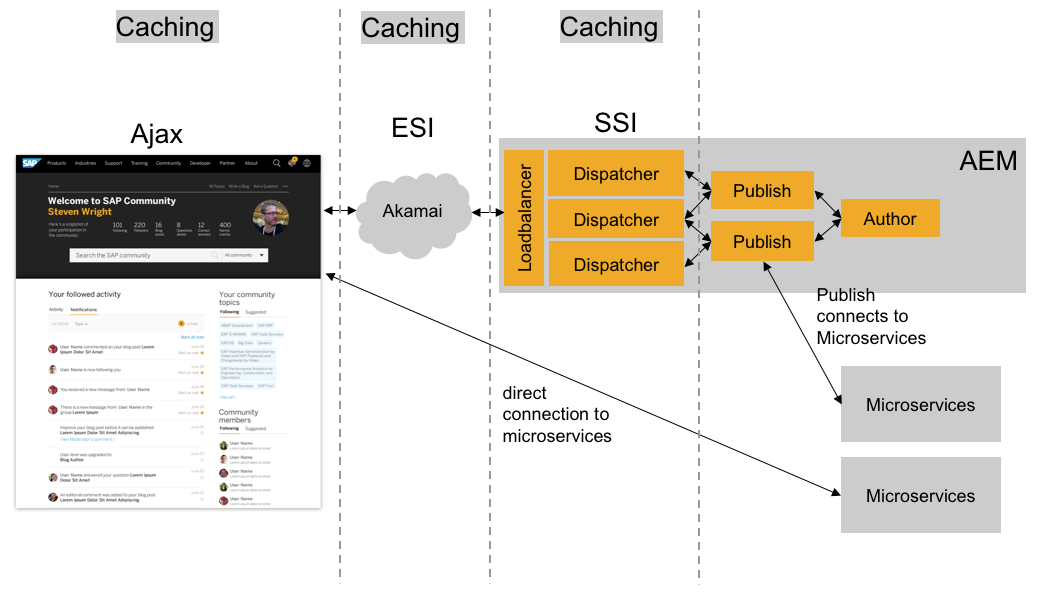 SSI is used in this context for dynamic content that can be cached for a determined time interval together with the static part of the web pages. The dynamic content is included in the static page before it leaves the Dispatcher (Apache HTTP server) and both get a single Cache-Control HTTP header. This technique is used for user-agnostic data that can be cached by the Dispatcher and by Akamai.

Ajax is used for dynamic content that is cached for shorter time intervals and for content that is not cached at all. In this context, user-agnostic data is loaded with Ajax from AEM that is connected to upstream Microservices. User-specific data is loaded with cross-origin Ajax calls directly from the Microservices without help from AEM. The SAP Community uses cross-origin calls if caching is not possible.

It is important to notice that the connected Microservices provide dynamic UI components that are transcluded into the static pages from AEM.

Messaging has a lost of advantages in comparison to synchronous API calls.

The most common approach to connect Microservices is the usage of APIs. I mention them at the end of this blog post because UI integration and messaging are often overlooked. Of course, you can build your UI on top of your backend APIs. These APIs are not published, they are only used “internally” and both ends are under the control of one team. Before you, however, publish an API to external clients, you should check UI integration and message-based integration.

In theory, multiple Microservices could use one single centralized data model and one centralized database. This integration approach is fairly easy and simple but introduces a tight coupling between these systems. Therefore, this anti-pattern should be avoided. There are exceptions to this rule if you treat the connected systems as one.

There are basically three options to integrate Microservices. The easiest and most familiar approach is the usage of APIs for Remote Produce Calls. You should however not overlook messaging integration and UI integration, which offer many advantages.