When Rachel Ho started her journey at SAP Labs Vancouver, she wasn’t quite ready to fly the colors of the rainbow at her desk. Growing up, she knew that she was attracted to girls, but for a long time, those words were neither easy nor comfortable to say aloud. It wasn’t until she started her post 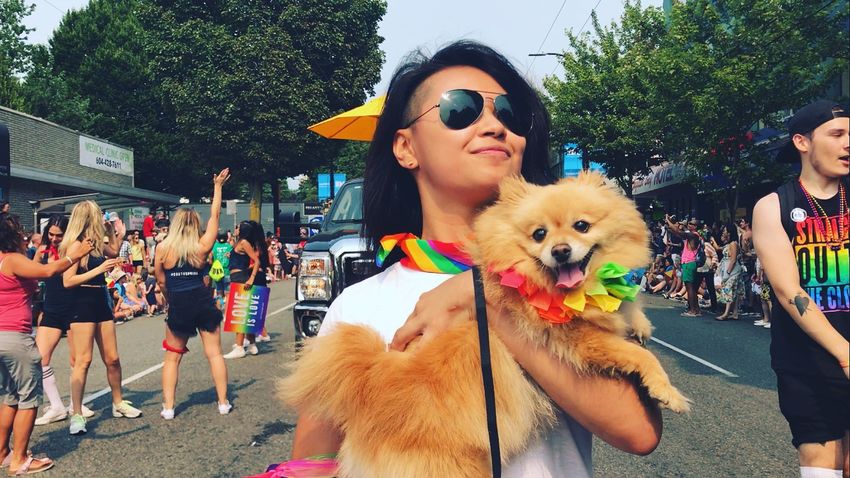 secondary education that she began to find acceptance in her peers, her family, and most importantly, herself. As Rachel began her career, she was drawn to SAP because of the company’s commitment towards Diversity & Inclusion.

After walking in the doors of Labs Vancouver’s campus in 2014, she was dismayed to learn that there wasn’t a community group championing LGBTQ+ employees and allies – yet. This drove Rachel to start her own group – somewhere that employees of all gender identities and sexual expressions are supported and safe. Pride@SAP Canada was born, with Rachel Ho at the helm. Today, outside of Rachel’s role as a Product Marketing Manager, Rachel leads the Pride initiative across the Great White North, with chapters in Vancouver, Toronto, and Montreal.

In this article, Rachel shares her journey living diversity and inclusion.

From a young age, Rachel Ho knew she was different. The fairy tales where the prince lives happily ever after with the princess didn’t sit quite right, and the butterflies in her stomach after seeing the Pink Power Ranger were no coincidence.

Rachel knew that she liked girls long before she could articulate it. But at the time, Rachel says, it seemed easier to “protect yourself from what you realize is not the norm.”

After beginning her studies at Simon Fraser University, in Vancouver, British Colombia she found an opportunity to bloom. For what felt like the first time, Rachel could see the world in all its diversity beyond her suburban neighbourhood. She also began to realize just how much the energy it required to uphold a false identity, and how that hindered her creative freedom and personal growth.

Like many harboring a deep secret, she eventually felt as if she was teetering on a cliff: continue to lie by omission about her sexuality, or take a leap of faith by being open?

She took the leap, and the world was finally beginning to open into a cascade of rainbows. But there was still one piece missing. While Rachel could find acceptance with her friends and, eventually her family, would she be able to find that when she began her career?

Fast forward to 2014 when Rachel was a co-op student. She considered many organizations, but one stood out as different: SAP. After researching SAP’s commitment to Diversity & Inclusion, she found a glimmer of hope that she could walk proudly into work every day without keeping part of herself hidden. She submitted her application, and sure enough, Rachel walked through the doors of Labs Vancouver as an intern in September, 2014. 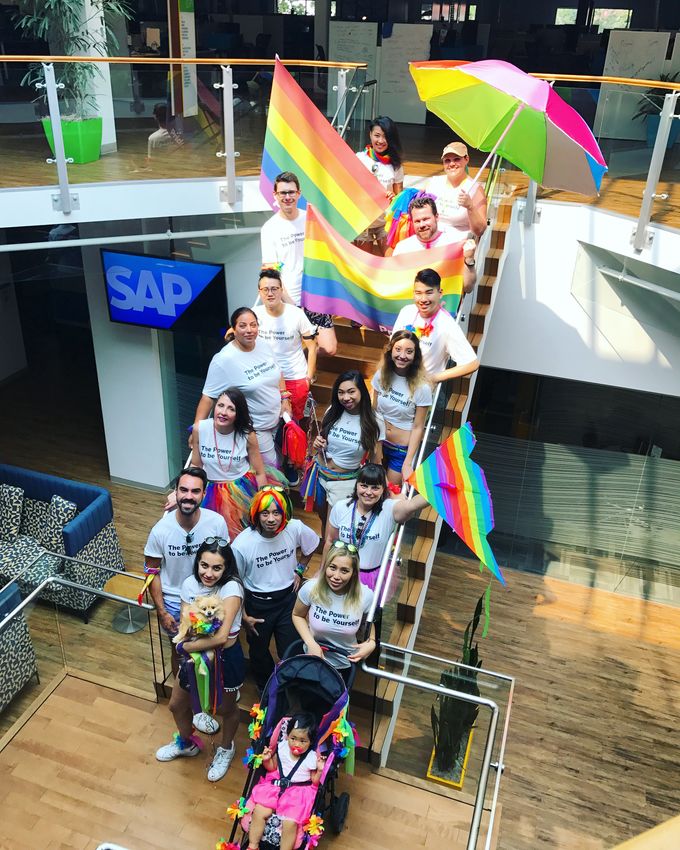 That wasn’t to say everything was perfect – at the time, there was no community team championing LGBTQ+ employees in Vancouver, let alone Canada. While disheartened Rachel realized this as an opportunity to lead the charge. With Rachel and a few other passionate employees at the helm, Pride@SAP Canada was born – now with chapters in Montreal, Toronto and Vancouver.

Shortly after, tragedy struck Orlando – at the time, the most horrific mass shooting in United States history occurred targeting the LGBTQ+ community. When Bill McDermott reached out to assure SAP’s continuous support to members and allies in the LGBTQ+ community, Rachel could understand the “one-ness” that unites SAP.

Rachel reached out to Bill, thanking him for his humanity and support. Surely enough, within a few hours, her phone buzzed with an email reply! Bill had personally thanked Rachel for fostering the growth of an LGBTQ+ initiative at SAP Canada, and wishing that everyone marches proudly in the Pride Parades across the country.

“The launch of Pride@SAP Canada would’ve been impossible without leaders like my manager, Nic Smith, and Byron Banks and Alison Biggan expressing support from my Platform Marketing organization. A top down approach validating support, no matter what your title is, is so important in creating an environment that celebrates [Diversity & Inclusion].”

Today, Rachel flies the colours of the rainbow proudly at her desk. If you asked her to do the same just two years ago, she would call you crazy. She took a chance when she teetered on the edge of staying reclusive about her sexuality, or showing the world her true colours.

When asked what’s next for Pride@SAP Canada, Rachel is excited to take Pride’s activities beyond marching in the parade. The movement has seen substantial growth since its inception and Rachel is exploring collaboration with SAP’s tech sector partners to further champion diversity and inclusion, ensuring that anyone’s gender identity or sexual expression is not a barrier not just in the workplace, but a beautiful strength in their everyday lives. 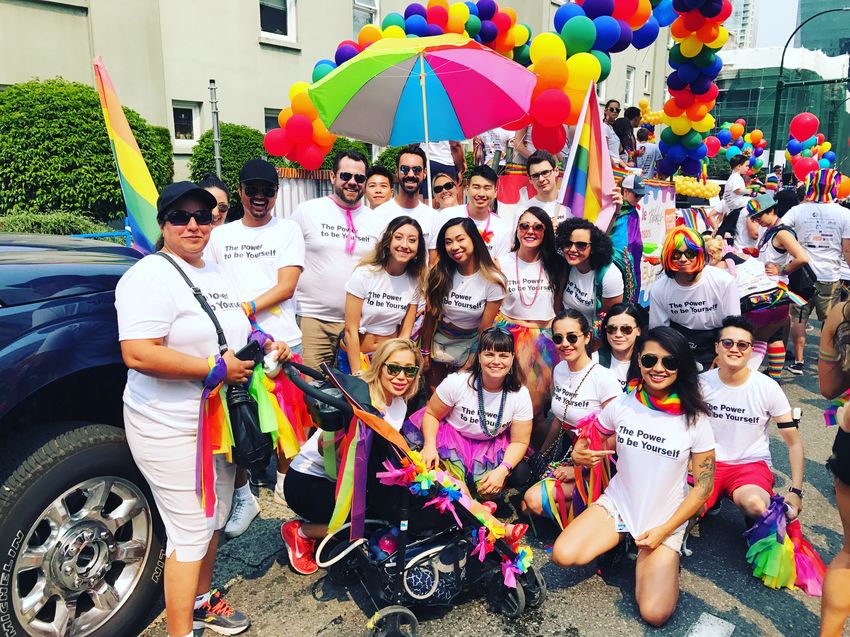 You are an amazing person. Leading the rainbow of diversity is never easy. We still debate women in the workforce diversity. And yet here is another step in our journey.

Thank you for a very nice blog,