S/4HANA for Customer Management 1.0 introduction from technical point of view 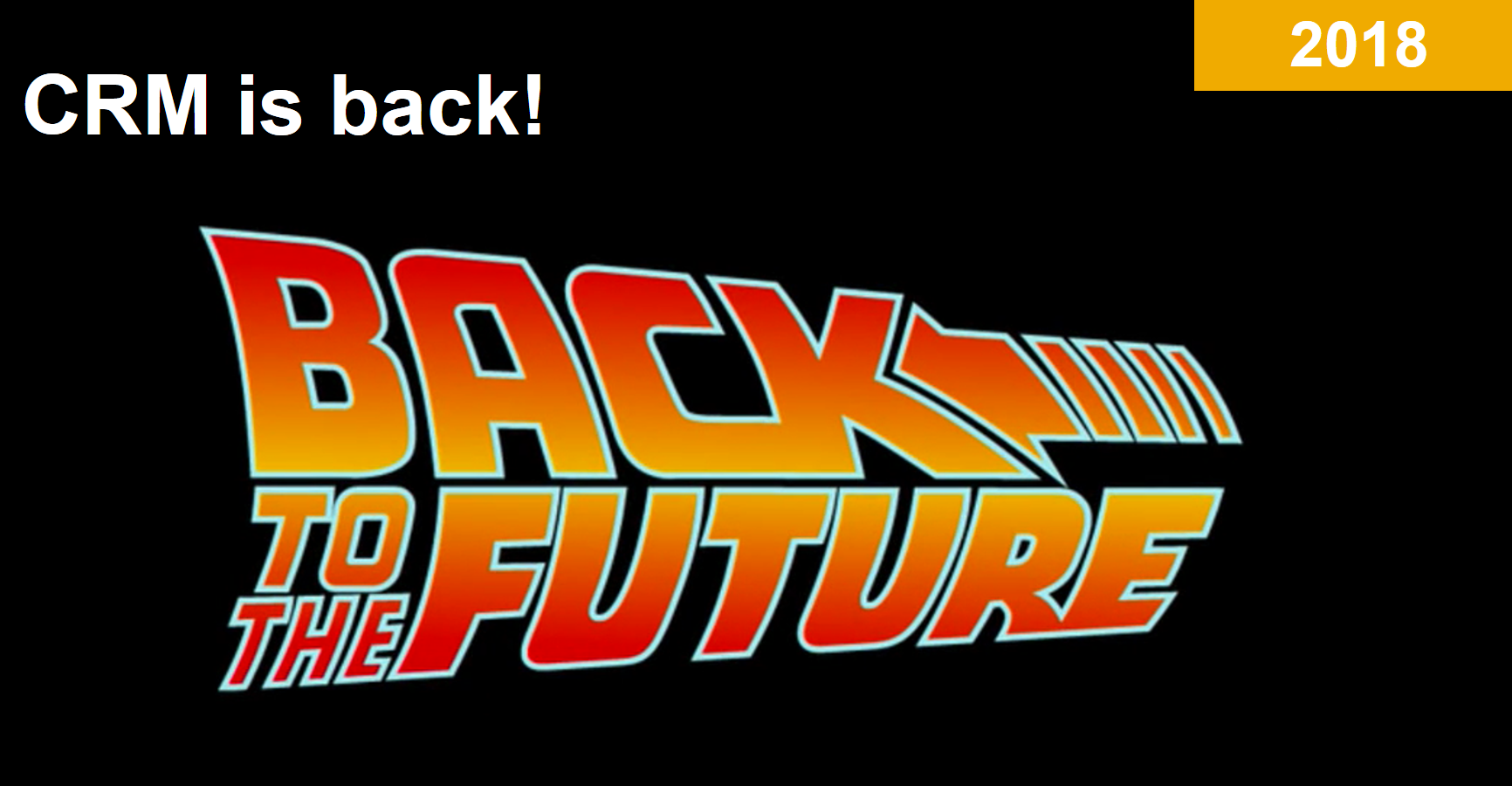 John Burton has mentioned in his blog Explaining SAP’s portfolio of “CRM” and “Customer Engagement & Commerce” products that S/4HANA for Customer Management will be released on February 28, 2018.
Now it is time for celebration! With the hard work of my colleagues in SAP Global(including development team in SAP Labs Chengdu), this miracle offering is finally delivered in time. A part of Sales & Service functionalities available in SAP CRM On-Premises(called as SAP CRM for short in this blog) are now integrated into S/4HANA. Being a member of this great development team, I am also proud of such amazing achievement 🙂
In traditional SAP system integration deployment architecture, SAP ERP is connected with SAP CRM by CRM Middleware. There might be some trouble during the data exchange between these two systems in case of incorrect or incomplete customizing.
Fortunately CRM Middleware is widely used by SAP customers all over the world and there are lots of documentation available which can help partners when they encounter all kinds of Middleware error messages. 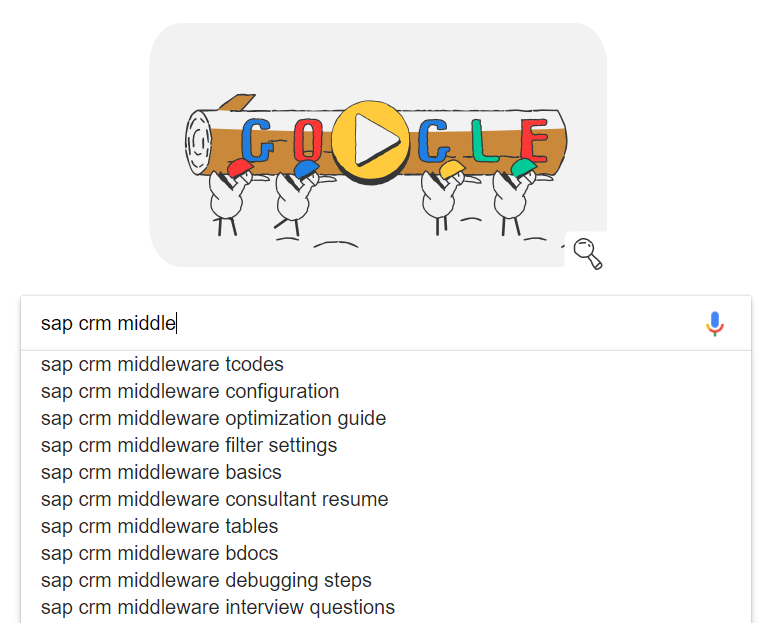 I have also contributed 31 blogs in SAP community regarding CRM Middleware knowledge share. For your reference I have assembled them together into this link.
Nevertheless some partners still have headaches in Middleware trouble shooting process. Now good news for them: such troubles in data exchange between SAP ERP and SAP CRM could be eliminated in S/4HANA for Customer Management from design perspective, simply because Sales & Service scenario now is directly running on S/4HANA itself, no need of data exchange at all.

How to get it?

It is available in SAP Download Center via this url. 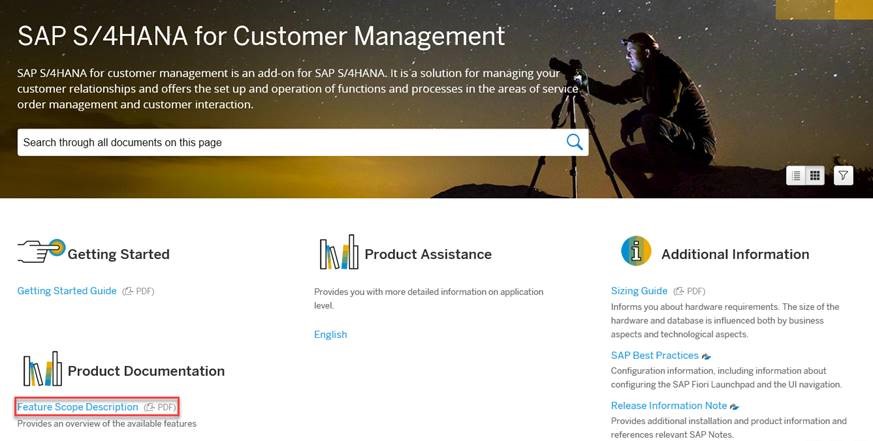 Let’s have a glance at its UI first. Click the corresponding tile in Fiori Launchpad to start the explore:

If the parameter CRM_UI_PROFILE is maintained with value “*” in user profile, a list of all available business roles will be displayed as below once tile is pressed: Now I will play with the interaction center scenario by logging on with role S4C_SRV_ICAG.
Suppose a customer named Jerry called interaction center and would like to raise a service request based on a product he has bought with ID 11.
The agent picked up the call and had to identify Jerry as a valid customer first. The identity could be confirmed via various approach like the Account ID in the system, or contact information such as email address or mobile phone number etc( all supported account identify method are listed as fields in “Identify Account” region in below picture).
In this example the agent identified Jerry by Account ID provided by Jerry.

And then searched the Product by ID 11, and created a new service order based on this product:

Here below is the created service order:

I received lots of questions from local partners in China asking about details of S/4HANA for Customer Management. Here I try to answer some of them:

1. Which technique is used to develop S/4HANA for Customer Management UI?

Jerry: SAP CRM WebClient UI, not SAP UI5.
This is good news for partners who have already gained enough expertise on WebClient UI: this expertise will not turn obsolete but instead continue to bring them success in their future work in S/4HANA.
On the other hand, for those who would like to try something new in UI development, the combination of CDS View plus Smart Template can satisfy them.
I have also tried to build UI in S/4HANA by leveraging this new technology introduced in S/4 HANA and documented what I have learned in 13 blogs in SAP Community.
I have assembled them into one link for your convenience:

2. Any difference between Sales & Service scenario in S/4HANA for Customer and SAP CRM?

Jerry: Scenarios in S/4HANA for Customer Management are a subset of the ones in SAP CRM. More features will be supported in subsequent versions.

3. Continue with question 2: for a given scenario, any technical implementation difference in S/4HANA for Customer Management and SAP CRM？

Jerry: Although a given scenario, take product search for example, looks nothing different but just a click of search button in UI from end user perspective, there are indeed difference in regard to the technical implementation under the hood.
The discrepancy mainly lies in the green area below: Genil Interaction Layer, the persistence models and the API operating on those models. 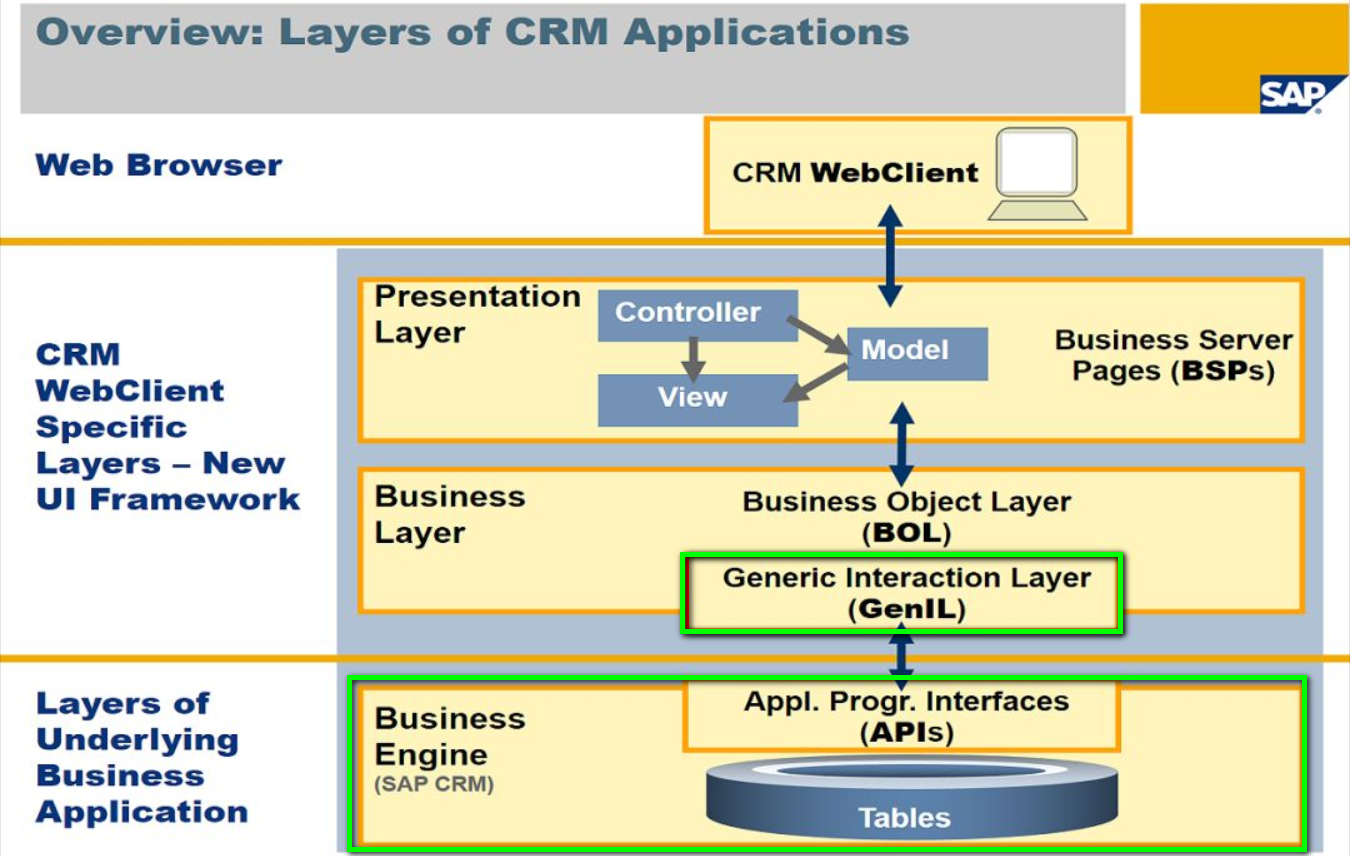 It is easiest to understand the necessary change of underlying database table in S/4HANA for Customer Management: in CRM there is some concept which has its counterpart in S/4HANA, for example “Product” in CRM and “Material” in ERP.
In CRM a product could be created in tcode COMMPR01 and stored in tables with naming convention COMM_, while in S/4HANA, we create a material in tcode MM01 instead and store the data in corresponding table like MARA.
In this situation, during the integration of SAP CRM Sales & Service scenario into S/4HANA, we have to make a decision which data model should be used. The adopted guideline here is: stick to the model in S/4HANA.
This principle leads to the necessary change to be applied in the API used originally in SAP CRM, where the manipulation on CRM model should be adapted to use S/4HANA model instead.
Take an example to illustrate the API change. Previously it is mentioned that in CRM a product is stored in table COMM_PRODUCT. In S/4HANA for Customer Management now the product is stored in MARA instead.

The product search in S/4HANA for Customer Management is developed by SAP Chengdu development team. We don’t simply figure out all occurrence of “COMM_PRODUCT” in API source code and replace them with “MARA”.
Instead we utilize the recommended modelling approach in S/4HANA: a new CDS view CRMS4V_PRODUCT is introduced to serve the product search which is ultimately built on top of MARA.

In this way, we managed to adhere to the “Code Push Down” best practice, ensuring to put logic execution into database layer as much as possible.

If you have more interest in CDS view, you might have a look at my CDS view self study tutorial.

4. Any changes on One Order Model in S/4HANA for Customer Management compared with SAP CRM?

Jerry: In CRM a order’s data is spread among a series of database tables. The most well-known one should be CRMD_ORDERADM_H for header data and CRMD_ORDERADM_I for item data. The “ADM”(Administration) in the table name acts as a hint: most of business data are NOT stored in either of them, but persisted in other dedicated tables.
The rectangles below with different colors represents different nodes in One Order model in SAP CRM. Each node has a dedicated persistence table. There exists relationship among those nodes, for example, one ORDERADM_I can have multiple PARTNER nodes with different role(ship-to party, sold-to party etc). Such relationship is maintained by CRMD_LINK. 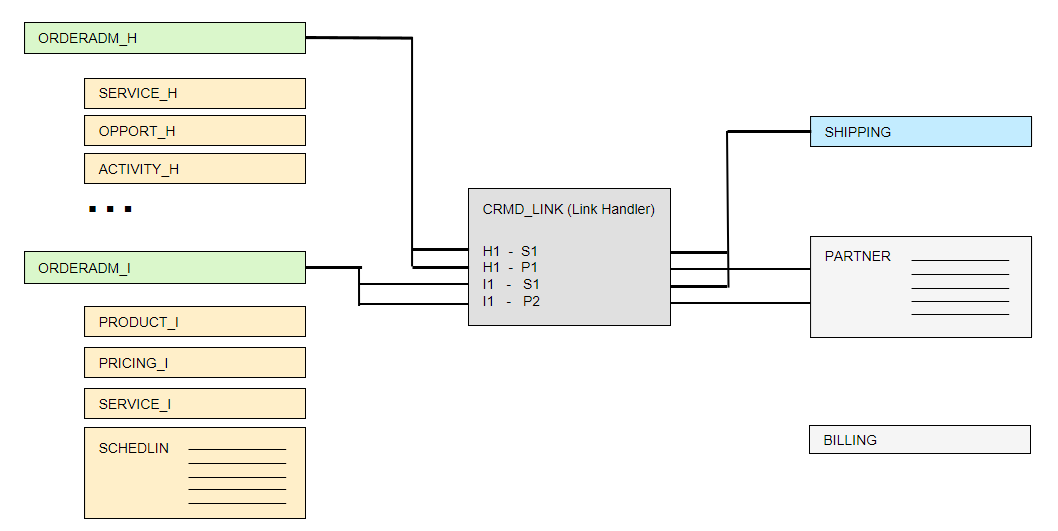 Such kinds of One Order Model in CRM consists of more than 200 database tables for persistence and is proven to be very successful: it works as the foundation of SAP CRM and perfectly serves SAP CRM Customers all over the world.
In Analytics scenario, it should collaborate with another index table CRMD_ORDER_INDEX. As the name indicates, the employ of CRMD_ORDER_INDEX actually reflect a design strategy about trace-off between storage and execution time — Some data from dedicated tables are replicated to this index table in order to accelerate the analytics application at the cost of additional storage wasted.

And in S/4HANA for Customer Management the One Order model is dramatically simplified. All aspect of a order’s header level data(such as ID, description, order type, creator, creation timestamp, involved parties, organization, pricing etc) are stored in a new table CRMS4D_SERV_H. 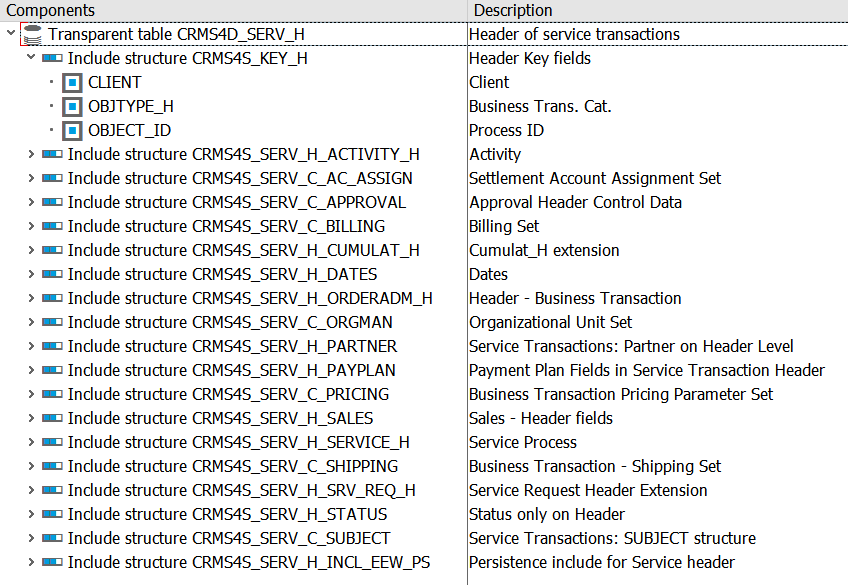 And for item level data, a sole table CRMS4D_SERV_I accordingly.
A CDS view constructed on top of such flattened table can reduce joins among database tables to the maximum degree so that it can serve analytics scenario by fully utilizing the powerful data processing capability of SAP HANA. Time to say farewell to CRMD_ORDER_INDEX now.
This simplified model enables us to realize the miracle that to have the same data model serve both transactional and analytics application. The CDS view built on top of simplified model can ensure S/4HANA for Customer Management to benefit from the continuous innovation done in S/4HANA.
Thanks to the elegant layering design done in SAP CRM One Order API, its signature can remain unchanged regardless of the fundamental model change in persistence layer. It means suppose you have already been familiar with using One Order API in SAP CRM, you don’t have to learn anything new —— the One Order API usage in S4HANA for Customer Management 1.0 is EXACTLY the same as in SAP CRM.

5. I am an SAP CRM consultant. Will I lose job in the future?

Jerry: if you are patient enough to read here, I guess you might already have answer in heart.
On the one hand, the custom development in S/4HANA for Customer Management still consists of WebClient UI as UI technology and One Order API in the backend. You are already an expert on both and you can CONTINUE with them in your future work.
My personal experience regarding learning a new technique or product is: we either learn new stuff in our daily work( so called on-job study ) or self study in our spare time. In on-job study there is enough chance to practice what we have learned, so it’s far more efficient compared with simply going through learning materials without practice and forget them completely after periods of time later.
In my opinion it is a great opportunity for SAP CRM consultants in S/4HANA for Customer Management since they can not only enlarge their technical / business knowledge on Sales & Service scenario but also can embrace and learn S/4HANA in their daily work, which can bring fantastic value to their career.

Technical comparison between S4CRM and C4C

Detail comparison could be found from my blog. 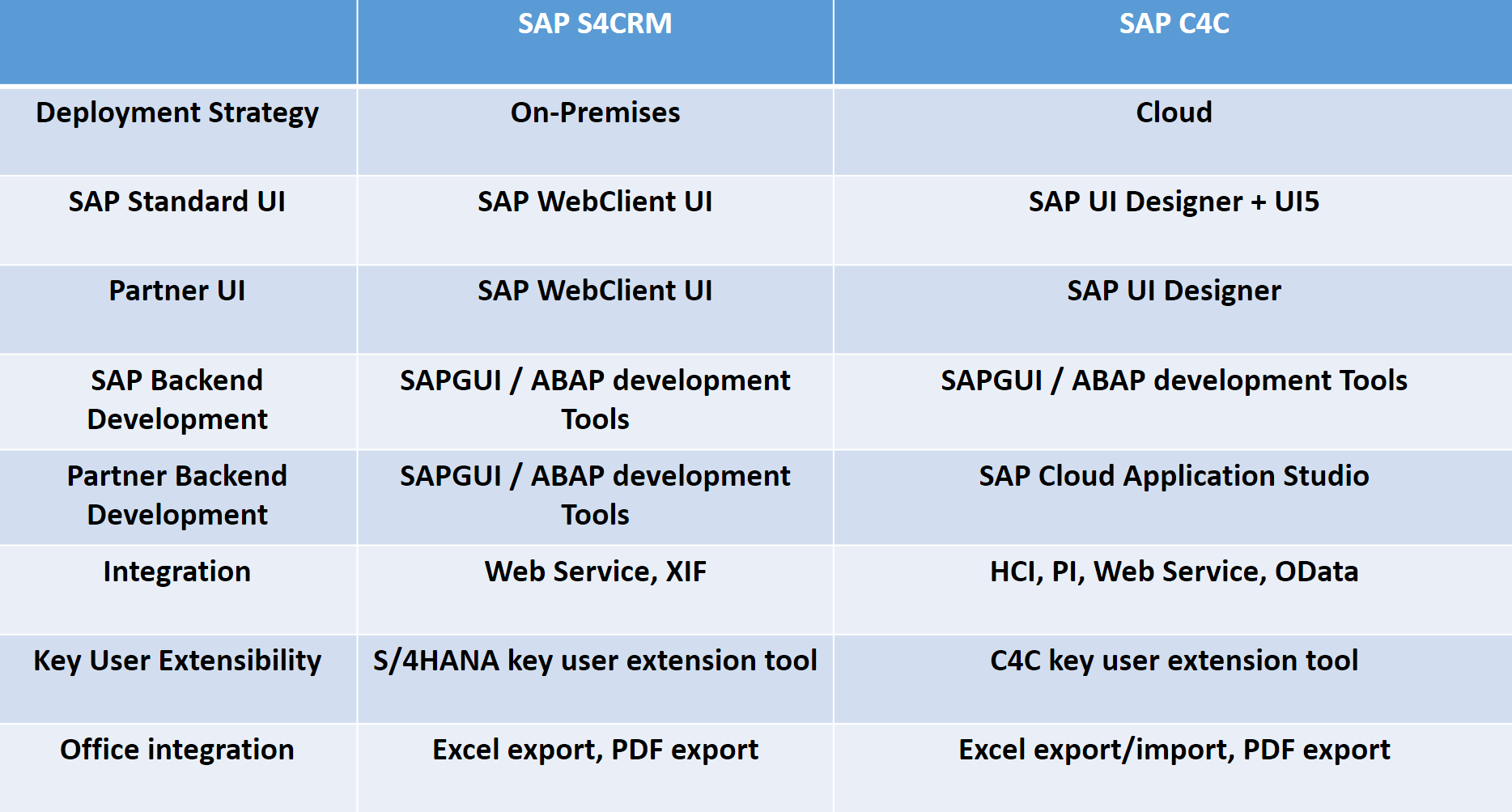 I hope the series of these blogs can give you a very rough understanding on S/4HANA for Customer Management 1.0. As I still work on it, I will continue to share my knowledge on it in the future.
Thank you very much for reading. Any comments or questions are highly appreciated!