Ok, actually upgrading S/4HANA System is not really my turf. However getting the latest NetWeaver 7.52 Version and S/4HANA 1709 is also interesting together for the usage with BW/4HANA.

So my Source System is based on S/4HANA 1610 FPS02 IDES and it used also from the SAP Mentors as a Test System. Due to the fact that the System is hosted in the Azure Cloud, it is possible to work simultaneously together with our external colleagues and internally.

Good to know:
Even that I used the option “Single System” as the main Upgrade strategy, you have to deal with a Shadow Instance and several activation processes

Plan the target Vector in the Maintenance Planer

As the source System contains several Add-On, the MP has to calculate a lot of dependencies which might not work from the beginning. 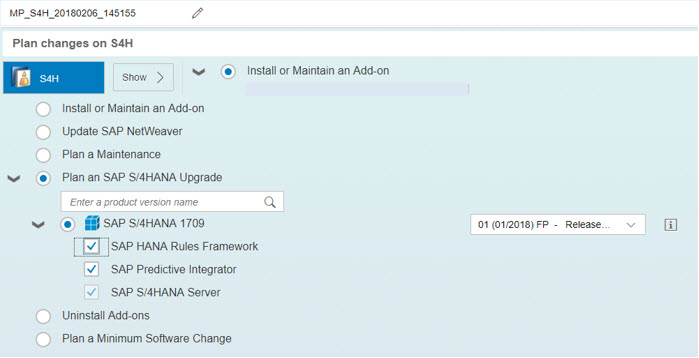 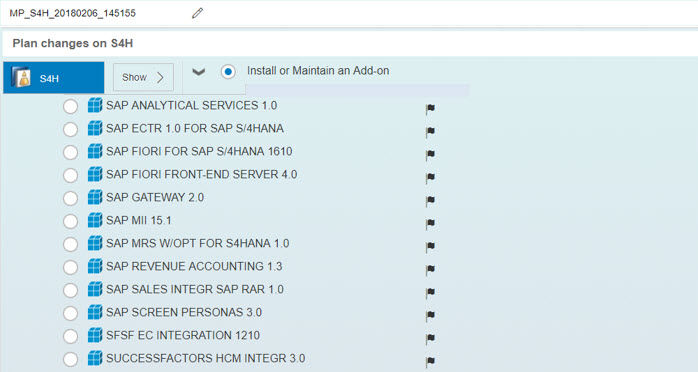 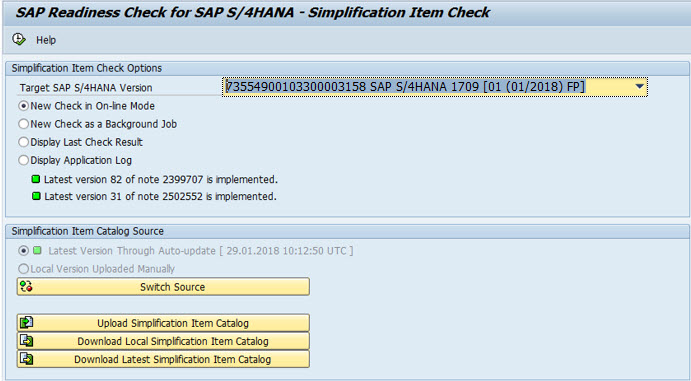 Here the Target SAP S/4HANA Version 1709 [01(01/2018) FP] must be selected, otherwise the SUM process cannot calculate the target System in the Phase Log file error summary:
File S4_SIF_TRANSITION_CHECKS.S4H does not exist in directory /usr/sap/<SID>/SUM/abap/log (it will be written once the Phase is successful)

If you encounter Problems with the following DDLS objects, then make sure you checked the Nametab’s before the Upgrade starts for consistency.

the DDL’s must be deleted manually, as there are inconsistencies with the name-tab’s. 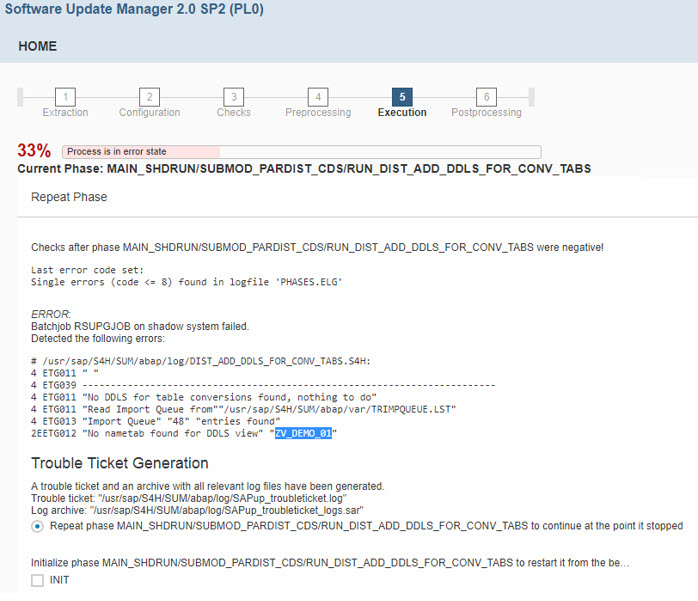 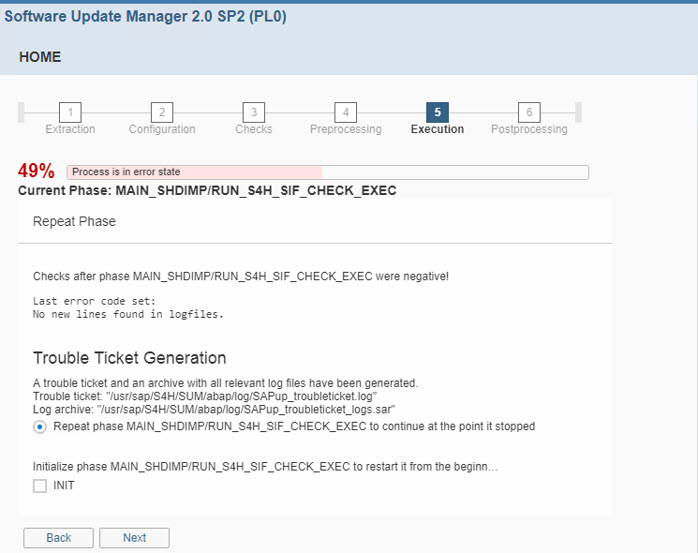 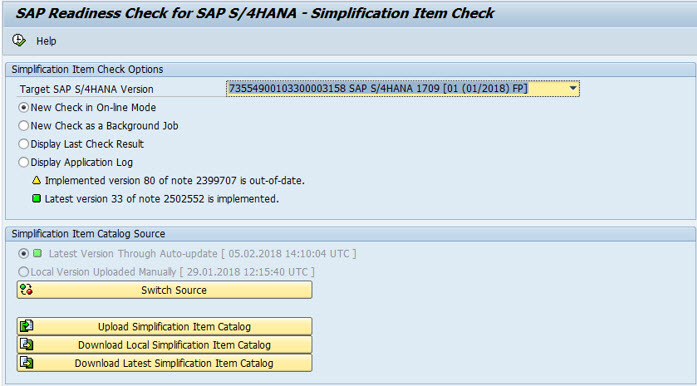 this is a collection of Notes which deals with potential inconsistencies during the activation phase.
Mostly the Solution is to sync the missing entries with the active name tab’s.

Solution:
use the solution from the following
Note 2475935 – How to skip phase RUN_SGEN_GENER8 on shadow instance

use the solution from the following Note 2516565 – missing objects after upgrade to ERP 6.0 EHP8 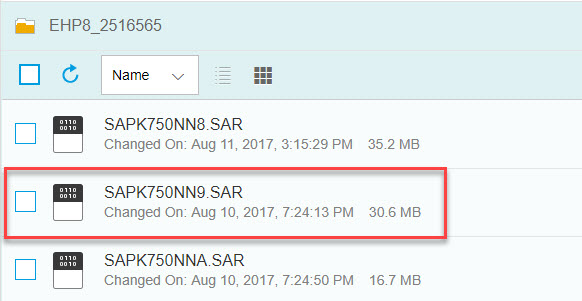 Final Steps in the S/4HANA Upgrade 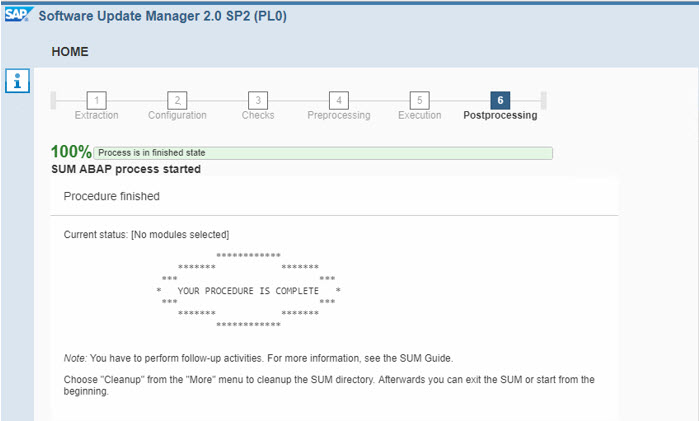 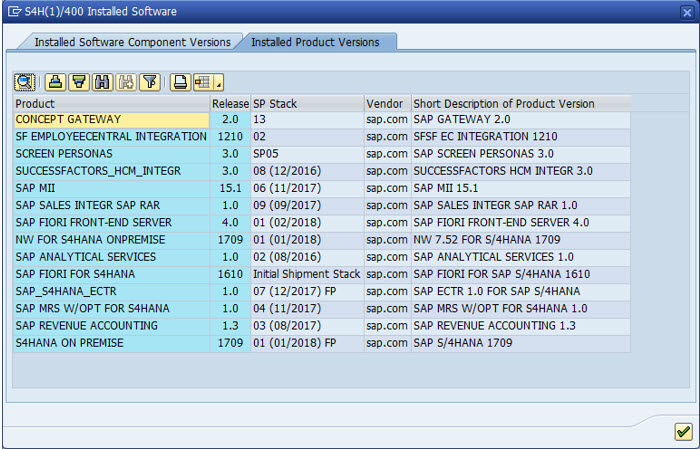 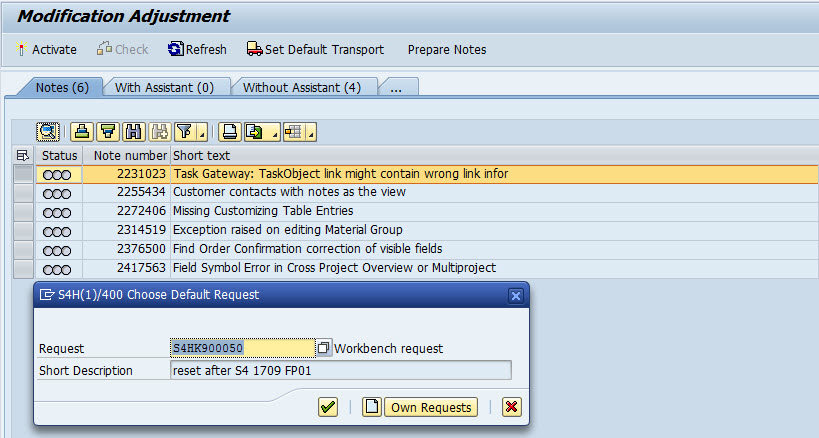 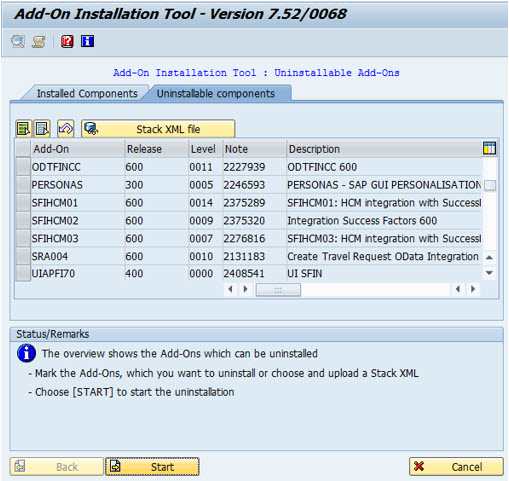 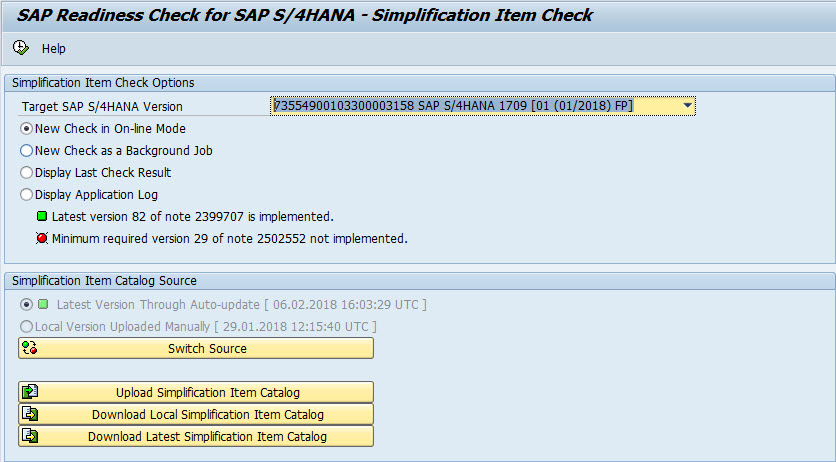 So what to do next?