So SAP Inside Track Campinas was held last weekend and to change things up I used this text analysis tool that DJ Adams mentioned in a blog post recently. 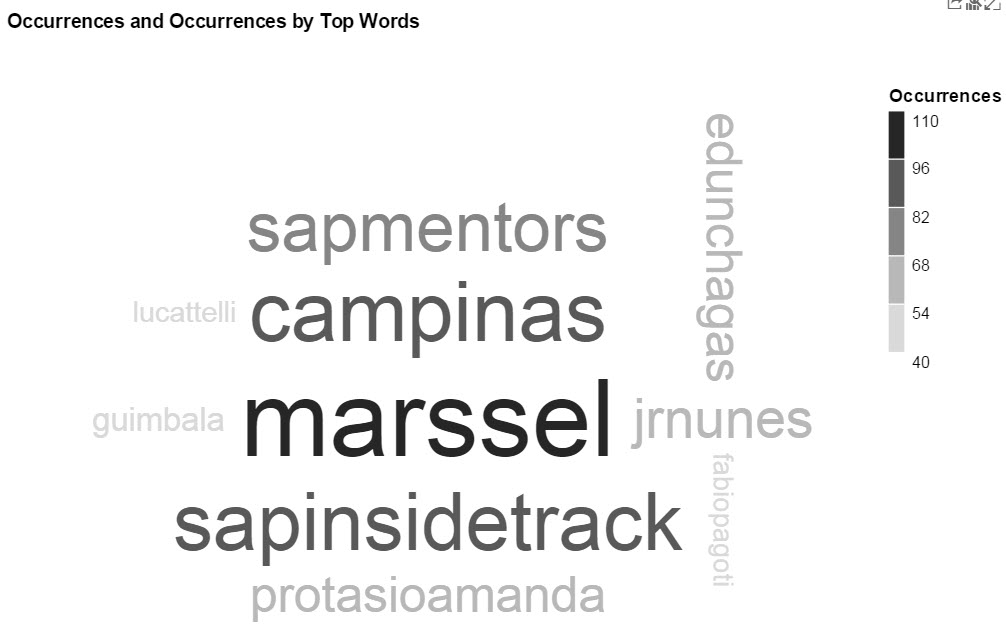 Marssel Vilaça is one of the most frequent words used and well-deserved as he is a veteran of many SAP Inside Tracks.  Good to see individuals such as Amanda Protasio appear in the tag cloud too. Because I am still learning from the Stephanie Evergreen, who says “A word cloud, according to Stephanie Evergreen, is not to generate insight but just show the most frequently used words” please see above graph.  You can see that Rafael Guimbala better in the bar graph than the tag cloud. 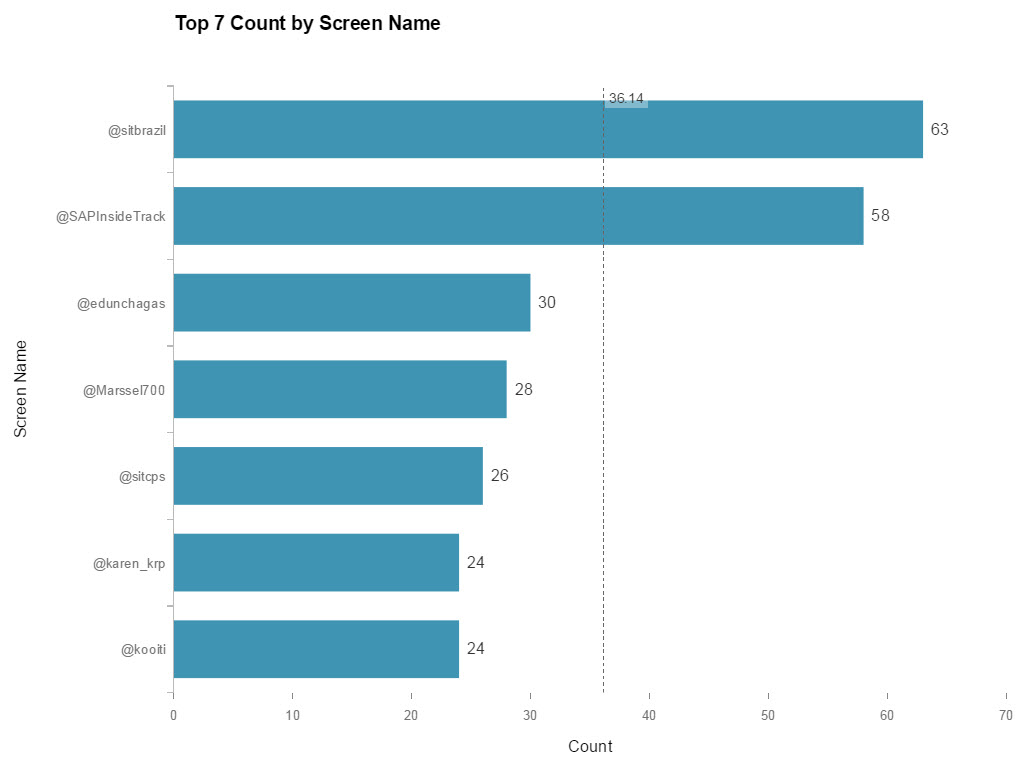 Top tweeters are shown above; mostly the Brazilians except the SAP Inside Track twitter handle.

But, as Timo Elliott says, it should be quality and not quantity, the quantity metrics are still interesting to me. It is no surprise that Portuguese (or “Lengua portuguesa” as I learned in my old Spanish class)  is the top language as the event was held in Brazil. 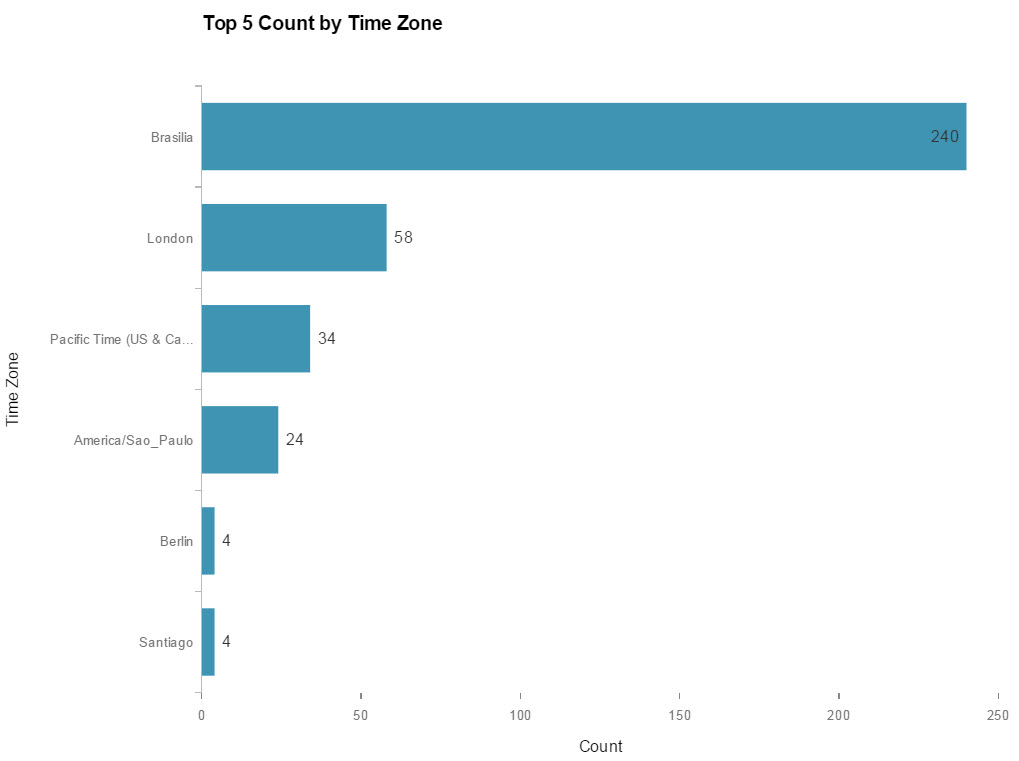 Again no surprise that Brazil is the top time zone; London is second as that is the time zone for SAP Inside Track twitter account. 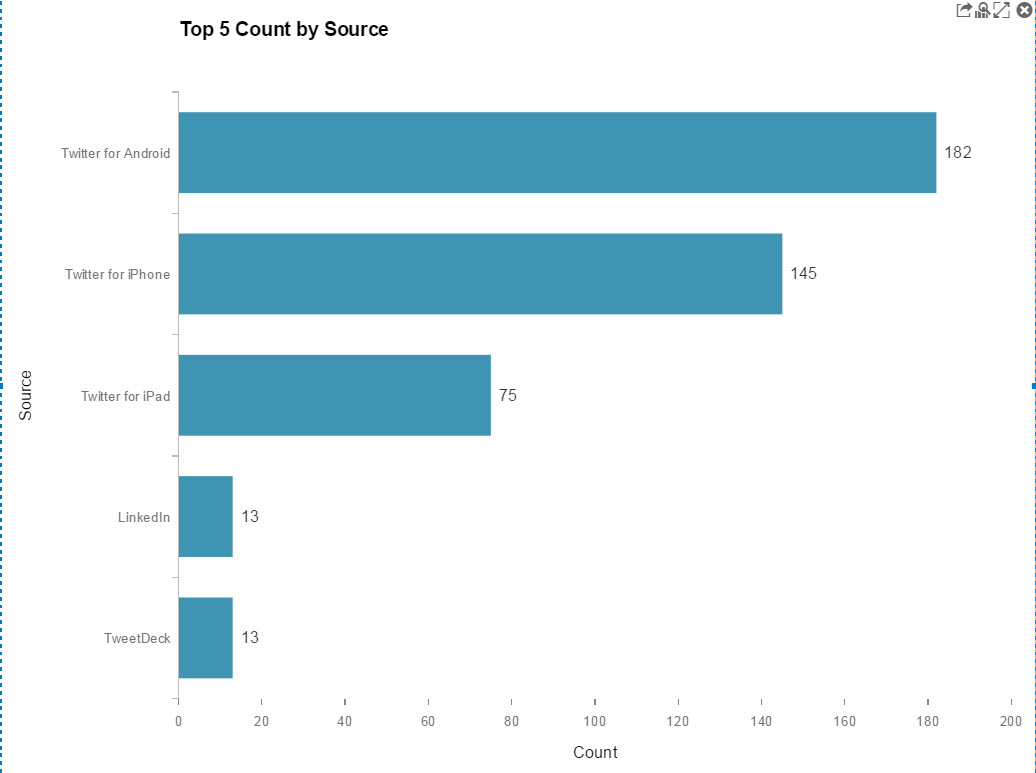 I am always surprised that Android is the top source of the tweets.  I know it is popular in so many countries but I don’t see a lot of Android use where I live.

Tweeting from LinkedIn is new to me too. 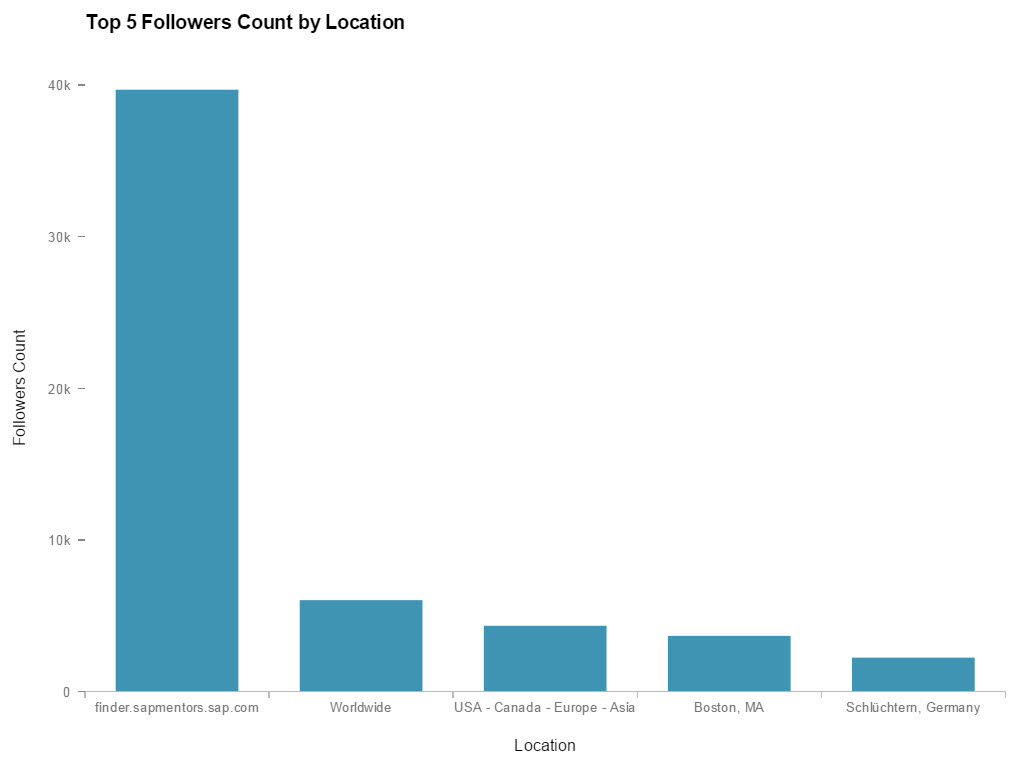 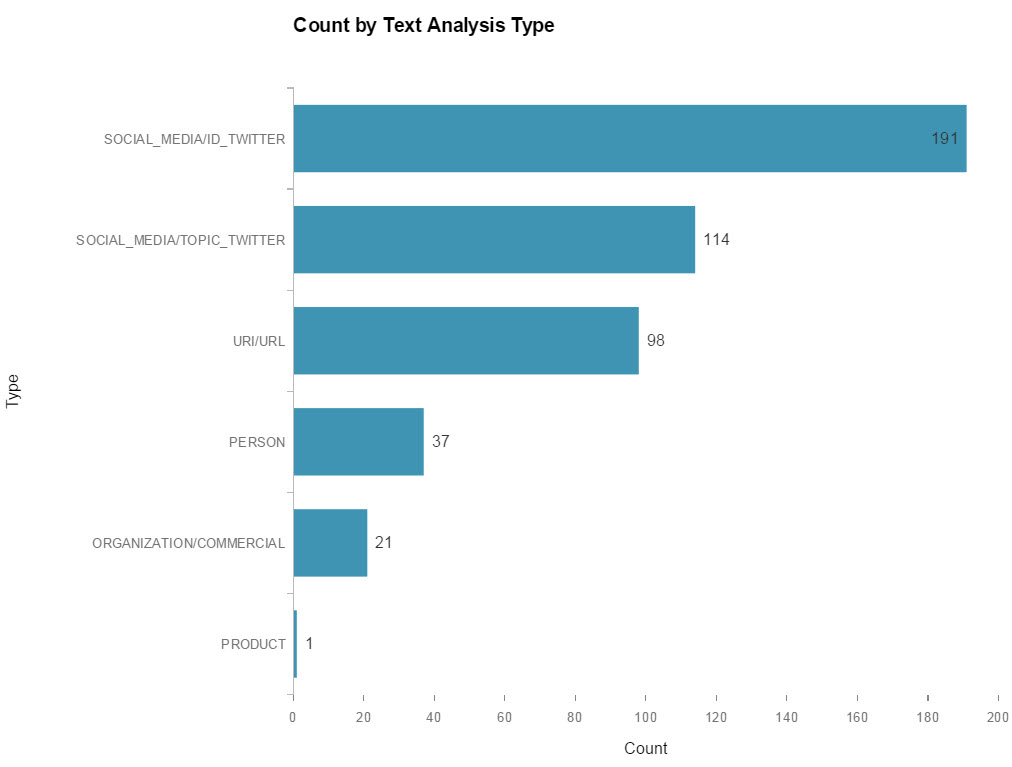 The “rough” text analysis shows that social media ID’s were tweeted the most; usually it is social media topics. 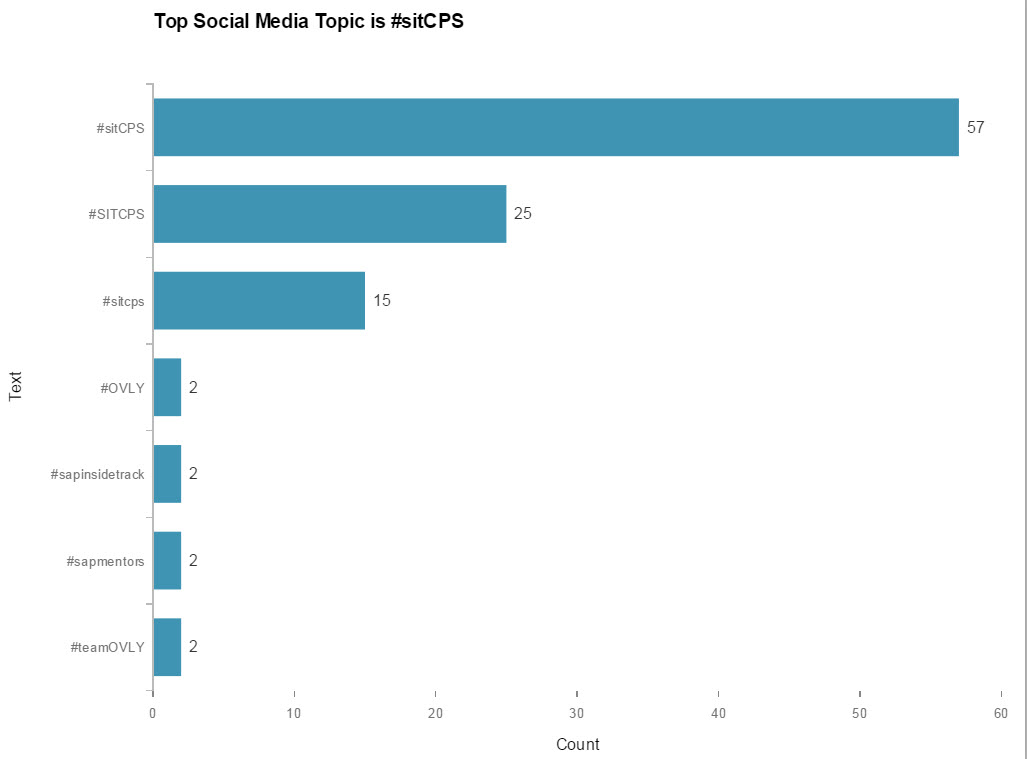 It is no surprise that the top topic was the hashtag for the event itself, #sitcps – interesting that no topics such as “HANA” appeared.  I like the fact it was more about community 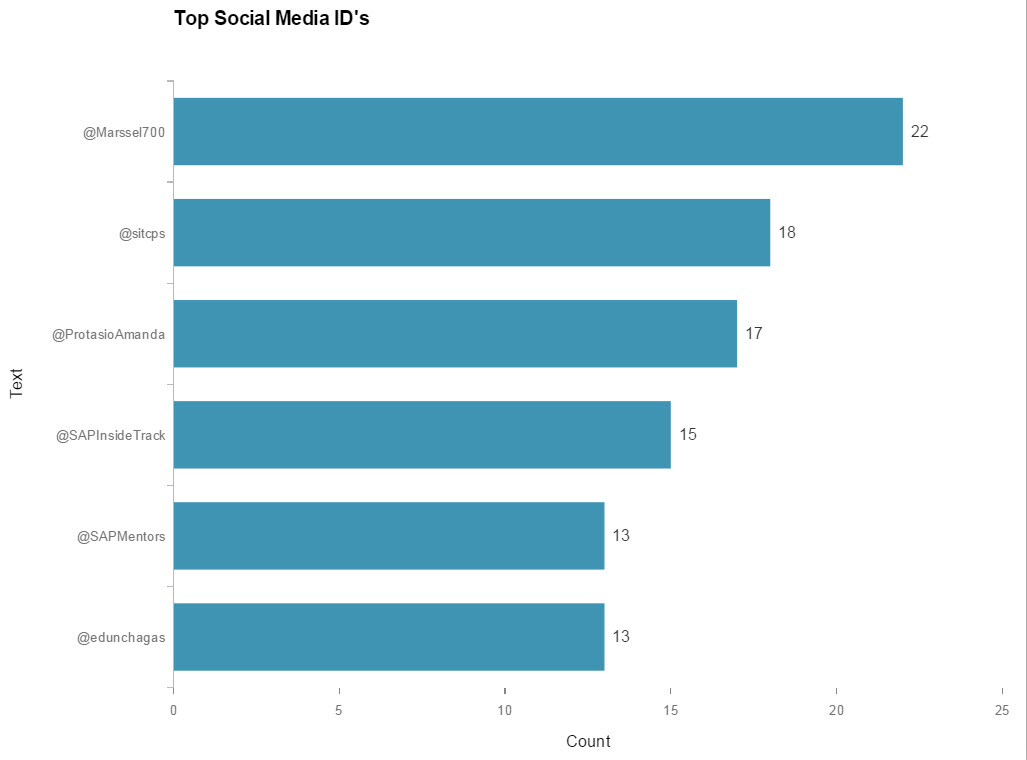 Back to Marssel being the top social media ID along but good to see Amanda appear again, along with the SAP Mentors/SAP Inside Track twitter accounts 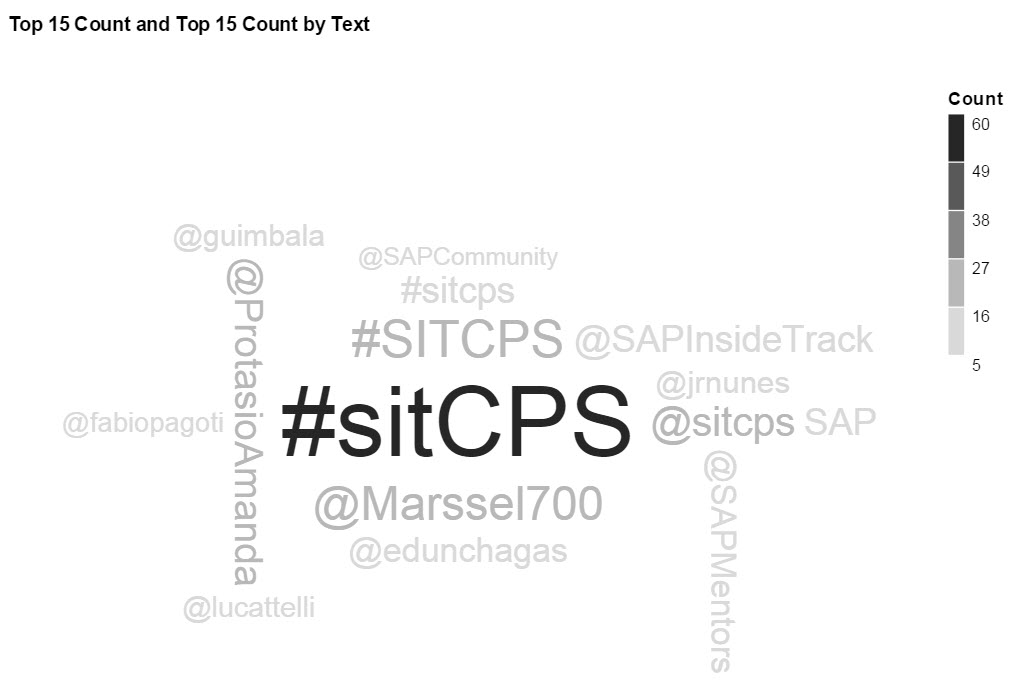 The “usual” tag cloud.  Note it is different than the one above as this is looking at the social media texts.

Top tweet (at the time this was extracted) was this one at 14 retweets: 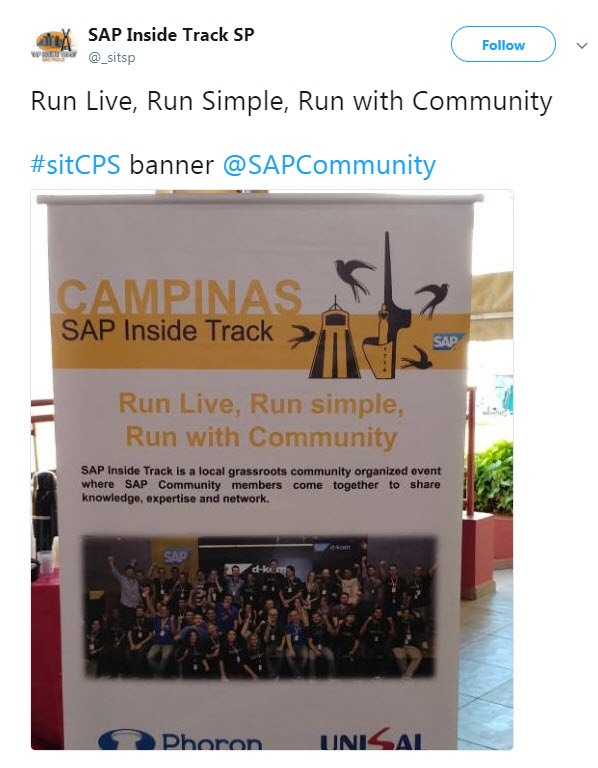 Most favorited one at time of the pull was this one at 33: 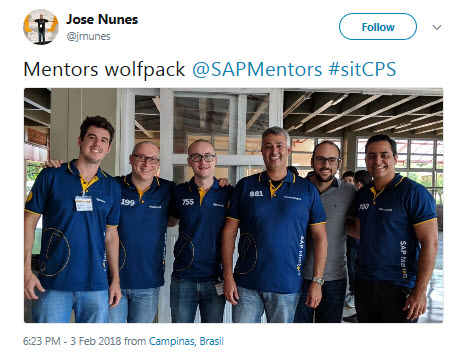 For sure I wish our ASUG Chapter meetings were as social active as this SAP Inside Track was.  What are your thoughts?

Nice event hold @ Campinas... Thank you all SAP Mentors, you have been done a huge difference for the SAP community.

Nice blog Tammy! Thanks for showing the report and also for the comments! 😀

Awsome! Nice to see those outcomes!

Thanks to all participants, speakers and organizers!

Very nice analysis .... Thanks for sharing !!

Thanks for such great analysis. Clearly we can see that Marssel Vilaça  is as good as Twitter user as he is as SIT organizer 😛