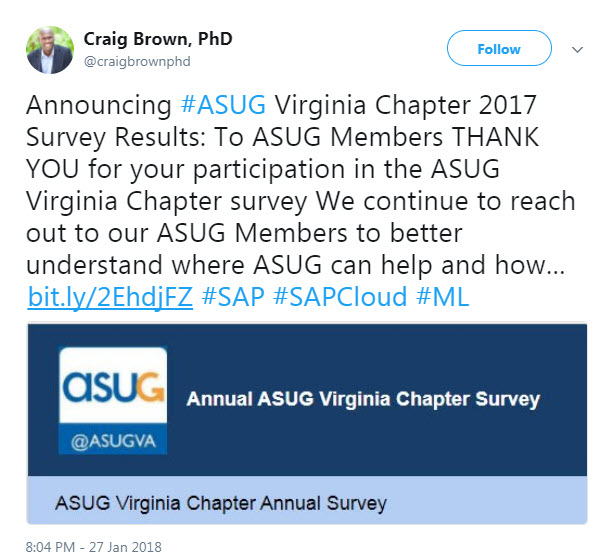 This tweet was retweeted 136 times, pointing to this blog regarding the ASUG Virginia Chapter survey. The top retweeted tweet during the time of the meeting was mine regarding the ASUG Volunteer meeting Day 0/1 recap here.  I didn’t do a day 2 recap as I (along with Joyce Butler) was presenting at sessions and leading round tables. 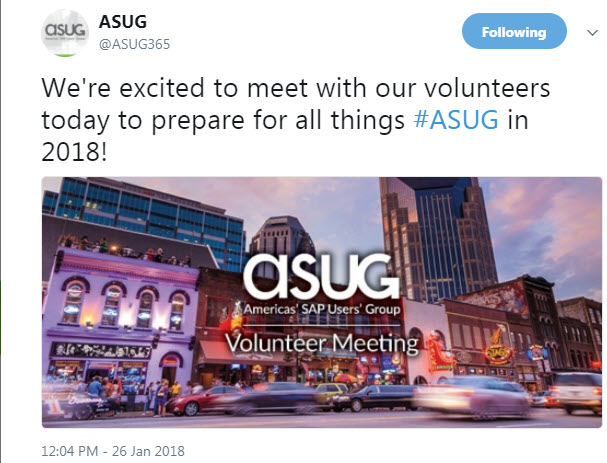 This was the second favorited tweet during the volunteer meeting: 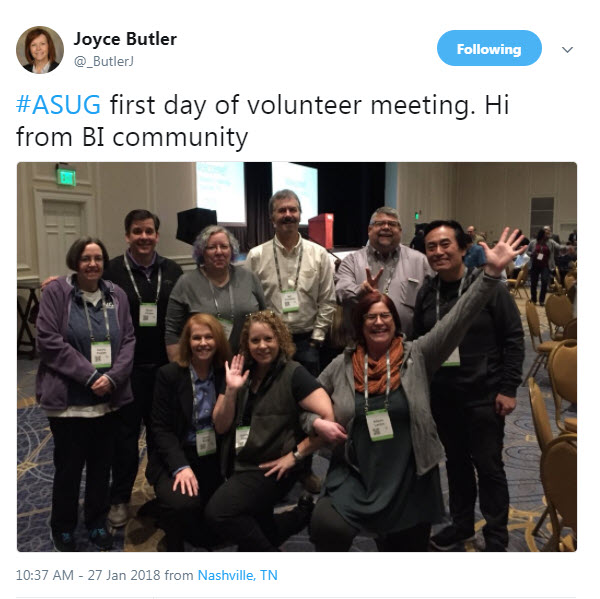 Thanks to Thomas Jung for taking the picture. 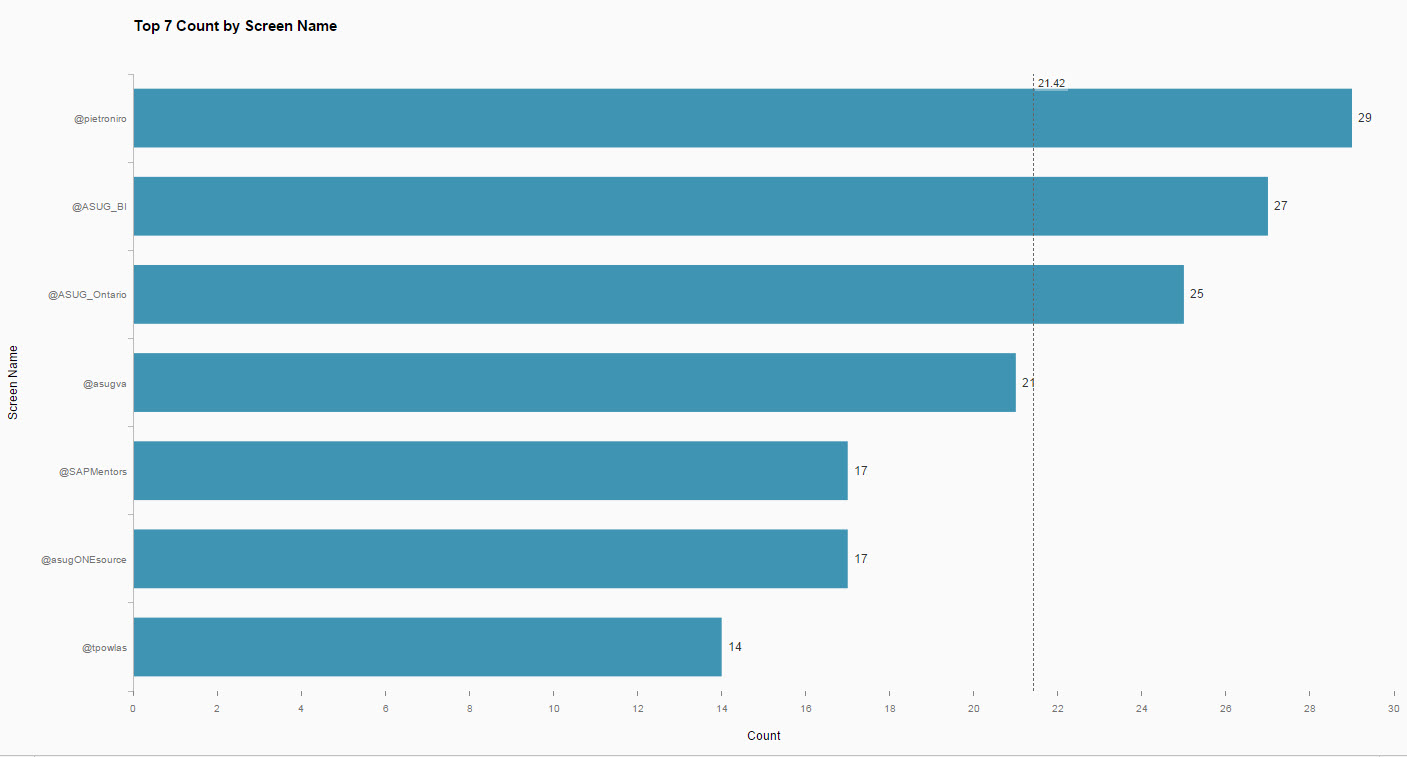 For the first time I can recall, Android topped the source of tweets: 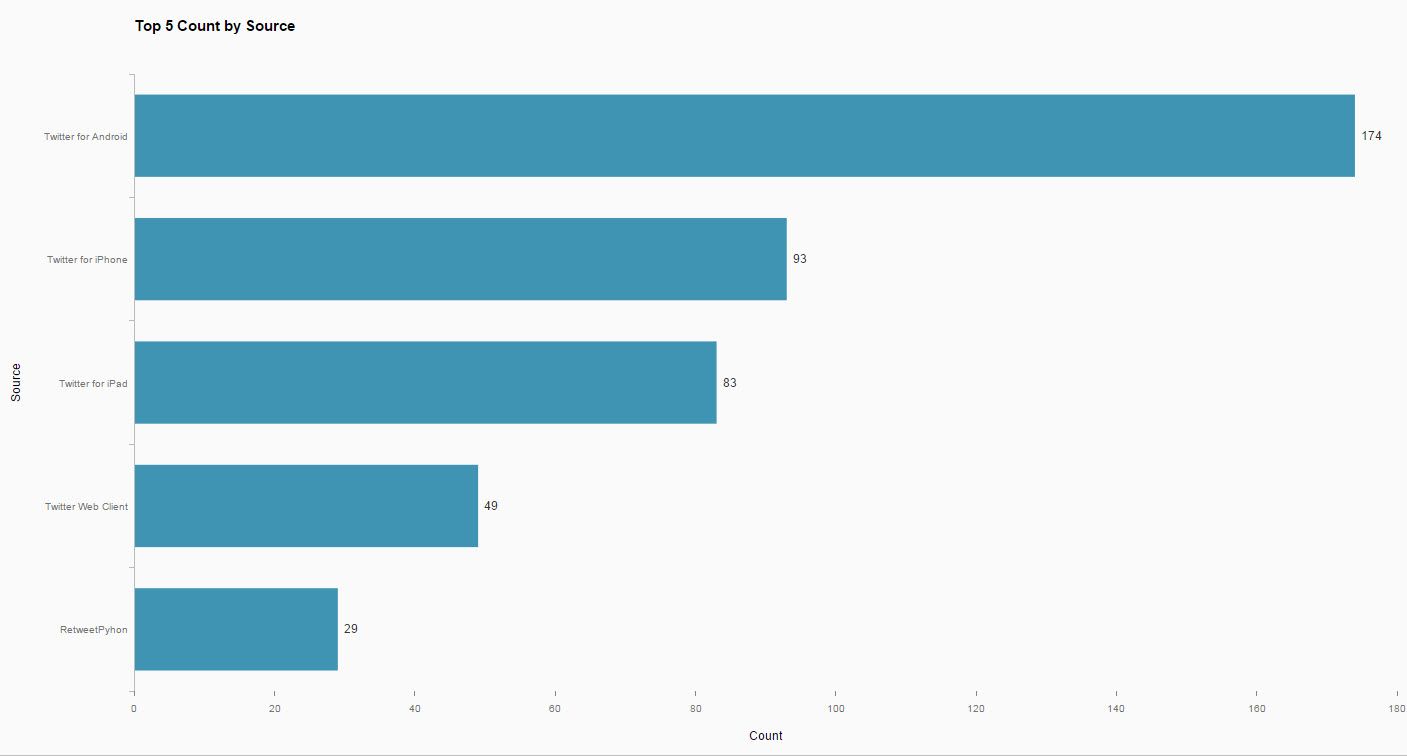 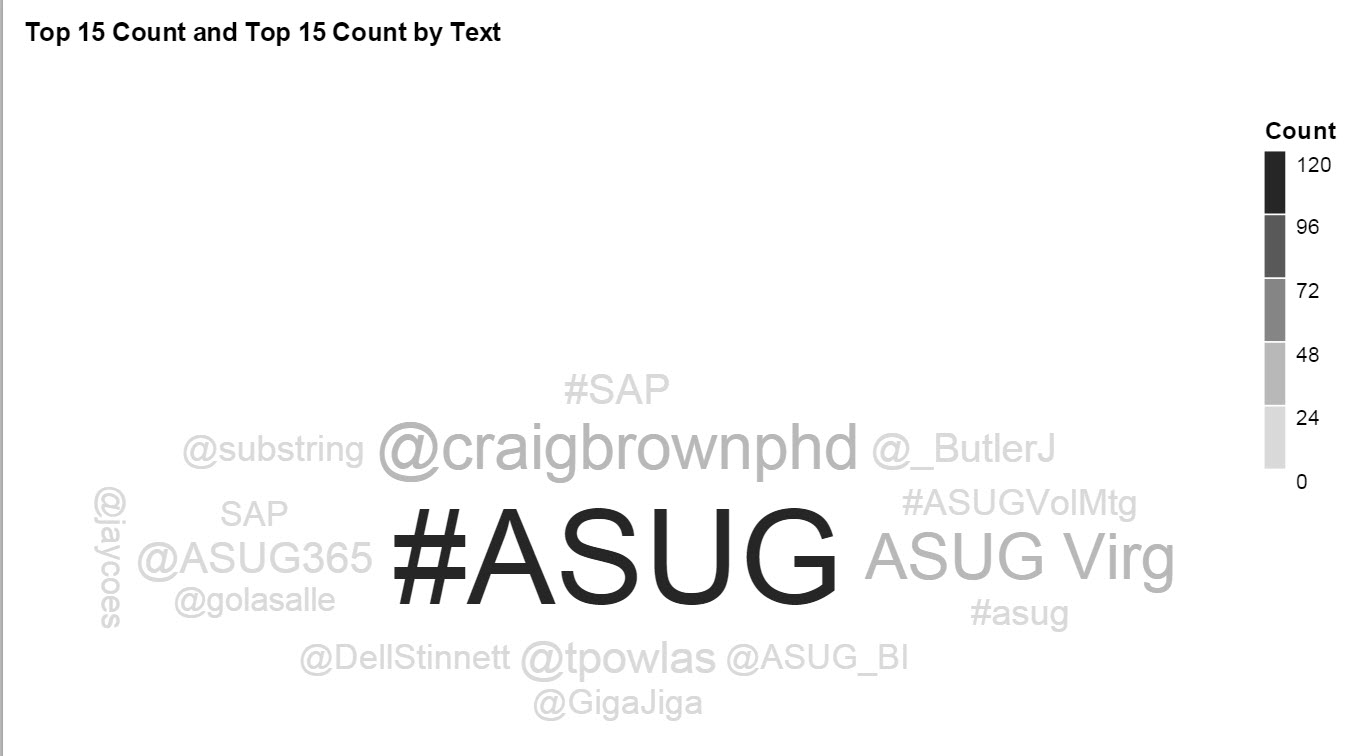 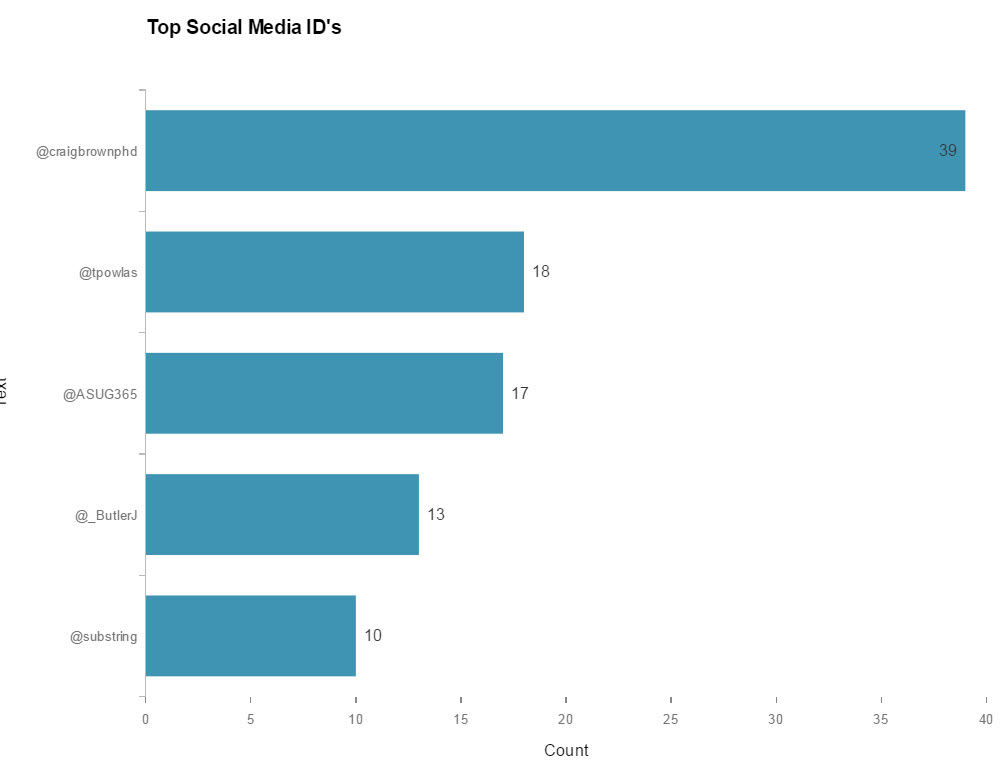 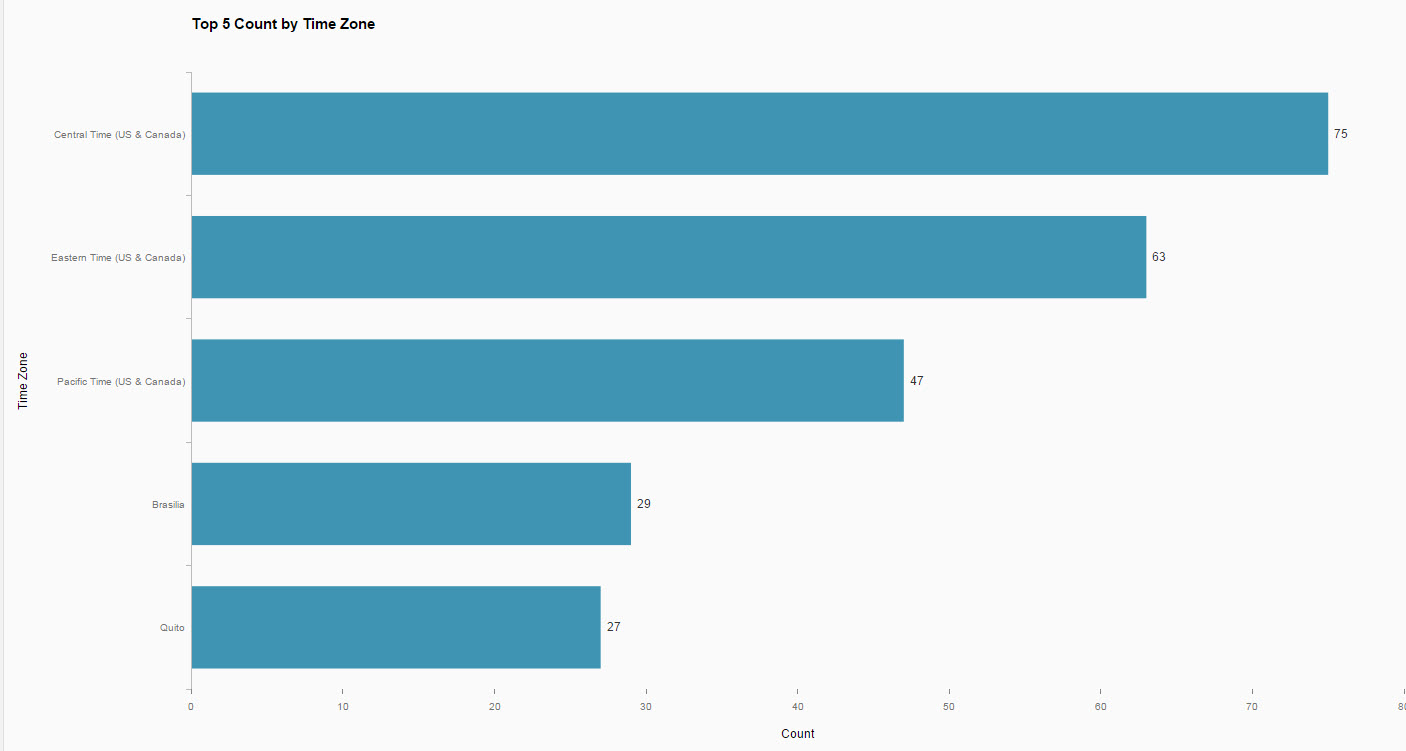 It is no surprise that text analysis shows ASUG as the top topic, with SAP being second. 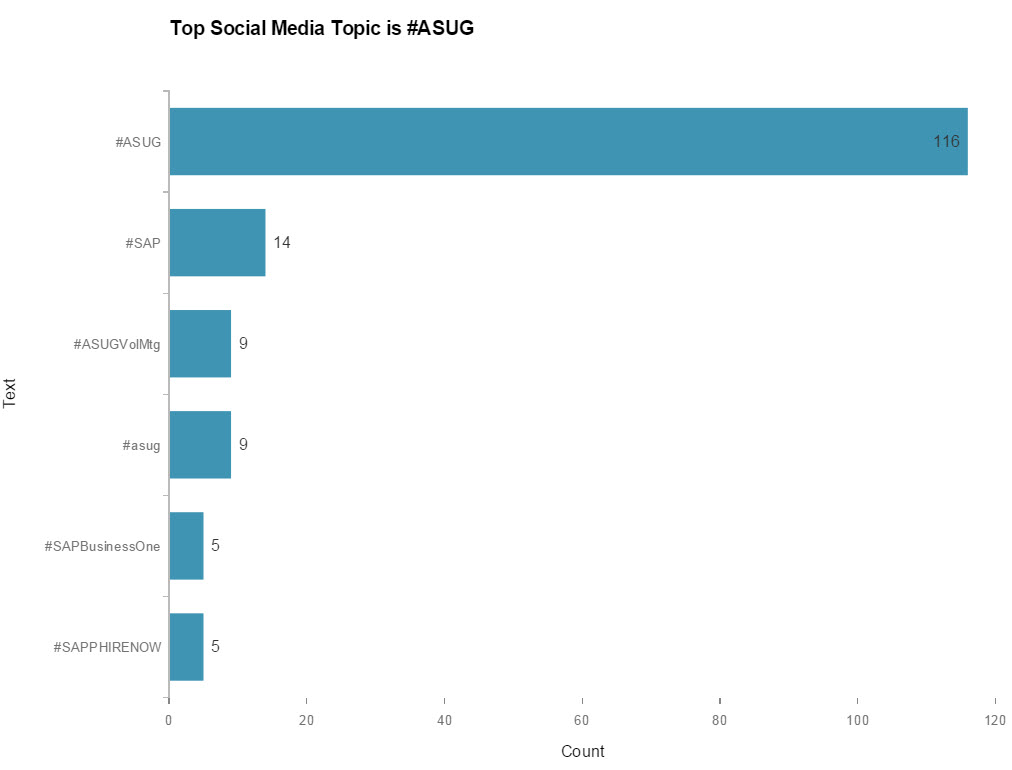 What do you think of the ASUG social media analysis?  I was surprised by the results.

I am surprised though how could possibly anything except ASUG itself could be a bigger word cloud than @tpowlas. 🙂