I am also excited to share the availability of the ABAP Scheme Workbench, a programming environment for Scheme.

Scheme is one of the four living dialects of Lisp, the other being Common Lisp, Emacs and Clojure.

Lisp is a 60 year old family of computer languages that represent both source code and data using a tree data structure (s-expressions).

In constrast to ABAP, Scheme is lexically scoped with proper tail call optimization.

Any valid Scheme code is also a valid tree structure. You can assign program code to a variable and execute it. Code is data, data is code. It is a common pattern to use the quote command to say just don’t execute this code yet, treat it as data.

What can you use it for?

Scheme is impressive at symbolic manipulation of data.

Try to write this game in ABAP:

ABAP Scheme is available from Github and can be installed using from https://github.com/nomssi/abap_scheme using abapGit. 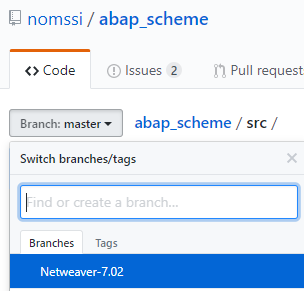 The code released with an MIT License:

THE SOFTWARE IS PROVIDED “AS IS”, WITHOUT WARRANTY OF ANY KIND, EXPRESS OR IMPLIED, INCLUDING BUT NOT LIMITED TO THE WARRANTIES OF MERCHANTABILITY, FITNESS FOR A PARTICULAR PURPOSE AND NONINFRINGEMENT.
IN NO EVENT SHALL THE AUTHORS OR COPYRIGHT HOLDERS BE LIABLE FOR ANY CLAIM, DAMAGES OR OTHER  LIABILITY, WHETHER IN AN ACTION OF CONTRACT, TORT OR OTHERWISE, ARISING FROM, OUT OF OR IN CONNECTION WITH THE SOFTWARE OR THE USE OR OTHER  DEALINGS IN THE SOFTWARE.

Check out the Wiki for documentation and sample code/games code. 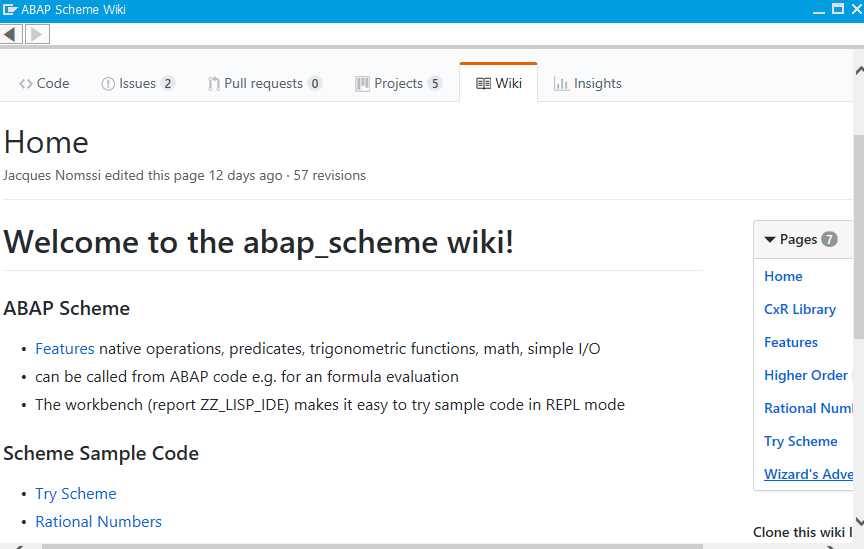 When used as a script language, a single include YY_LIP_LISP is needed. Class lcl_lisp_interpreter evaluates your code from a string code, e.g

The ABAP Scheme Workbench is the programming environment where ABAP Scheme programs are written and evaluated. It offers an editor, a console view and useful tools. 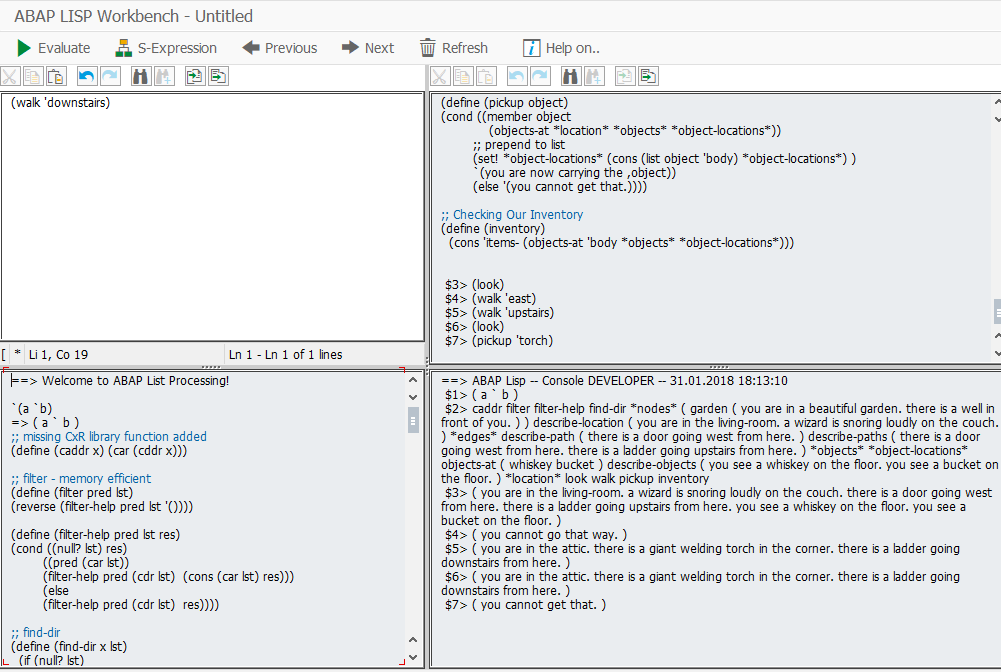 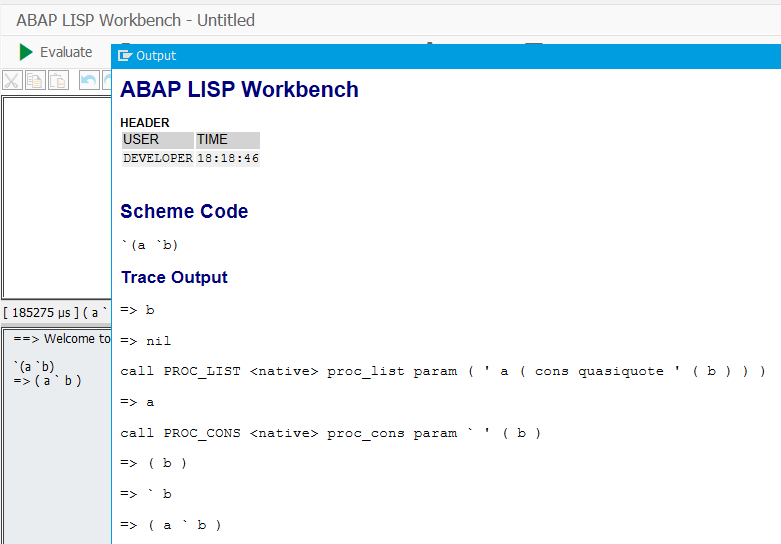 this is really an amazing and interesting work.

Just want to let you know, there is a quite good e-book available for designing programs on a functional basis. It has a nice chapter about functional abstraction.

How to design programs, 2nd edition

It is based on Racket, which is also some kind of scheme variant if I see it correct. At least it looks very similar.

thanks for your feedback. If you running the latest version, make sure to enable the new ABAP editor.

Actually, HtDP is already referenced in the abap scheme wiki. You can try examples from the book directly in ABAP Scheme, as the racket syntax [ ] instead of ( ) is supported.