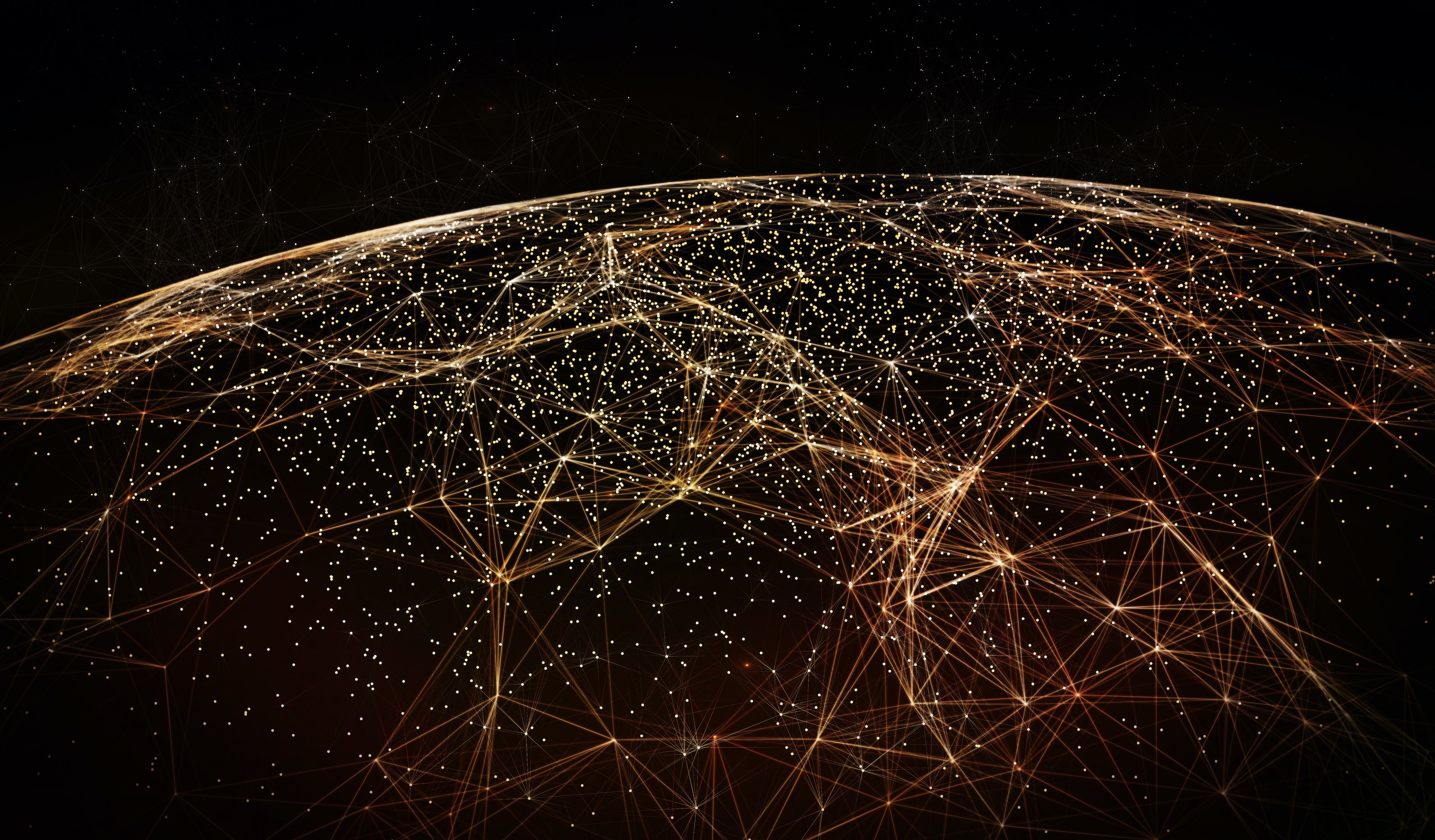 We are — all of us — equipped with the best minds in the known universe. Between ourselves and our predecessors, we humans have created virtually everything we touch. We achieved this using a tool which represents the absolute pinnacle of intelligence; our brain.

This is not hyperbole. On an intelligence-scale of zero to one, despite our individual variety, we all fit within the microscopically small space occupied by the right-edge of the ‘e’. We’re up there alone, magnitudes away from the also-rans we share this planet with.

Now we’re having a concerted stab at creating computer programs which are as intelligent as we are. AI for want of a better definition is where software acts human-like. Assuming we’re doing something right, and forgive our big-headedness, this sounds marvellous. The power of human intelligence in a predictable, non chemically-burdened chassis which is always powered-on and free from other responsibilities or predilections.

Follow this idea onwards through a few evolutions and the concept has petrifying potential. We’re used to being up there at the edge of the ‘e’, but what if the intelligence-scale goes from zero to one hundred and we are simply not capable of it? We could image that computers might one day achieve our level of intelligence and overtake us. Now they’re the species in the driving-seat. They could make decisions without us, maybe even plan against us. One day we might be the slaves to robots, or worse.

The current state of AI

Yet we are magnitudes away from this science fiction potential. We’re at the comforting level where AI means sitting back relaxing whilst stuff gets done better or easier without us having to put in so much effort.

There’s plenty of it. What we recognise as AI is most of the time a shortcut through processes to reach a conclusion faster or more productively. By 2020 more or less everything will be touched by AI. Truth is, this comes down to a handful of activities:

There are not suddenly new things to do. AI just helps us to transition between discrete actions.

It means we can couple workflows together faster like ordering more toilet roll when it runs low or translating a Chinese message into English. Since computers began we’ve been used to them handling our actions based on our rules (every app has a settings page). Dialling this up into AI involves removing the rules and training a computer algorithm to link up the actions.

There did not become more variables in the world to work with. AI just helps us to process all the variables in a very programmatic way with a transparent level of confidence.

It may be controversial but guessing what will happen in the future is most accurate when performed within the scientific realm of statistics. Since day one computers have excelled in math and we have almost entirely handed over this responsibility to them. Calculating statistical significance is the building block of machine learning, whether that is assessing weather patterns, detecting diseases or playing chess. We are on a continuous journey of increased data and processing power which make computers better.

We have not been making all the wrong decisions. AI just helps us be presented with the available options based on more data and with less instinct than we are accustomed to.

Assessing situations without perfect information is not just a human trait but a daily necessity and something we may not realise is constantly happening. From negotiations to ranking new business opportunities we make informed decisions towards our desired outcomes. Moving the needle upwards involves being furnished with more relevant details from more relevant sources.

There are not undiscovered ethereal ways to interact with computers. AI just opens new interface methods with less effort.

Since the mouse and keyboard, we have been on a journey to use computers with less hurdles. Learning to type is something we have all needed to achieve for the exclusive task of programming computers and digitally communicating with each other. Now with code to process human sentences and interpret input from cameras and sensors, we can make this interaction as natural as with each other.

The significance of AI

Yet, given these down to earth realities, AI is still a huge deal. We are right now in a world where things get done faster, with more accuracy, based on better knowledge and with increased ease. Statista made a very poignant chart of how smartphone users benefit from artificial intelligence. In short, everything we do is touched in some way by AI.

So, if AI is becoming more and more ingrained into our lives, when do we get close to the machines taking over?

Here there is a very important distinction about what taking-over means. I find it best to consider two end-games which may well be logically linked or even feel like synonyms but are technically and functionally very different.

If one of our key functions on this plant is to work, then computers are going to make us obsolete. End of story. Self-driving cars, delivery drones, camera security, customer service and fraud detection are just a few familiar examples where AI is probably in the next sentence. Like the smartphone example, it is hard to consider an industry which will not be impacted by AI If you want to be doing the last job on the planet then better start training now to be a robot programmer.

Will it happen in our generations? Obsolescence, no ­– but we will certainly be impacted. Gartner may have calculated that by 2020 AI will create 2.3 million jobs whilst eliminating 1.8 million but this is not destined to last. As we’ve progressed through the last three industrial revolutions on the way to the digital revolution our working lives have fundamentally changed and they will again. Imagine a world where the work-life balance is two days of ‘work’ and five days of ‘life’. It’s quite likely.

This is the wholly darker scenario where robots decide by themselves we’re the enemy and wipe us out. Eradication, (ruling out human activation such as a rogue protocol to fire the laser beams or hard-wired robot dogs hunting people down) requires an element we do not have and have no idea if we are getting close. This element is conscience. Without it, computers cannot achieve our state of intelligence.

Everything about AI so far has been about helping our minds to work better, not theirs. We can simulate perception, reasoning, planning, learning, creativity but at the end of the day this is pure simulation on our terms.

Where I stand is that the alarm bells will ring when we morally question turning off a simulation because it has become too intelligent to be considered just code. This is still very firmly in the realm of science fiction. If the evolution of computing power is due to reach Zetta-scale (considered the minimum for human brain simulation) by 2030, at least we will have the hardware capability to make it happen. Right now, we’re firmly at the lizard/mouse stage.

In their AI Open Letter, many of the world’s greatest minds including Stephen Hawking, Mustafa Suleyman, Steve Wozniak and Elon Musk have made their pledge to ring the alarm before it’s taken out of our grasp.

Where you stand is up to you. I’ll leave it with a quote from one of the world’s finest science fiction writers, the late Iain Banks “We provide the machines with an end, and they provide us with the means.”

Connect with me at www.linkedin.com/in/drew-bates/

About the SAP SMB Innovation Lab

As part of SAP’s SMB Group based in Shanghai, China, we mold the hottest technology trends into inspiring innovations. We act as an internal startup poised on the shoulders of a world market leader to get our hands dirty in defining and creating new ways of getting business done. This blog is what gives me pause. Many, many jobs are already obsolete.  What is happening first is to remove the jobs that are  repetitive. AI or even a regular machine can do that easily. So those people will be displaced. No salary. Next move on to the analytical jobs. So they are displaced. My point is that while eventually we may get to a 2 day work week, we are creating a larger and larger group of people without jobs. I'm just not sure how this is going to work. And yes, I'm already seeing this happening now with no AI needed. The higher the minimum wage gets in the US, the more profitable it is to find a non-employee way to do things. Brick and Mortar is going away to on-line sales. Fast food places now let you enter the order and pay. Heck, they are talking about an automated pizza delivery where the pizza van cooks your order.  (Not sure I'll order from them) We've removed "bagging" jobs because the consumer can bag their own. So what's going to happen when AI is easier to buy what other jobs will be replaced leading to more unemployed and unrest? Eventually even our jobs. That's more of a worry than the machines taking over to me.

Are we looking at a future revolution? And if we are, won't those AI projects increase in complexity to keep it under control? Also you and I both know governments will be using this. How will that play out? More questions, and nothing to do but set back and be ready for the ride. By the way wasn't it 100 years ago when we were supposed to stop working so much?

Interesting blog - a thinking one,

Hi Michelle, very nice points and thank-you for grounding the reality. One of the key questions in mind is whether we are on this planet to get jobs... or was this a crude way for early humans to handle getting things done? On average we work 20-30 hours less per week than we did 150 years ago and the distribution of income has diversified drastically from mostly agriculture and manufacturing to include creativity, commerce, travel, communication. I see the permeation of AI as a continuation of that change.

Yes this is a giant leap from where we are now but fundamentally AI is not going to be generated value for itself but for us (unless it develops a conscience and then all bets are off!). Until then though you're totally right, we have a ongoing challenge to ensure that value is distributed to the people who need it.

Somehow I always believe machines will never have conscious or emotions, and cannot agree more that AI is not going to generate value for itself but for us. But what if AI is leveraged by the dark side of humanity?

Btw, we always assume that people dislike repetitive jobs. This is true for most of the times. I just find repetitive jobs so relaxing, and enjoy doing it from time to time, so please save some repetitive tasks for me:)

Thanks! Anything can be used for evil so AI will not evade the darkness. One topic we have to be very careful about is mathwashing where machine-learning data is used either innocently or maliciously for the wrong reasons. It's something we see a lot in politics.

Nice point about repetition - there will always be intelligent outliers!

Nice reference about mathwashing, and indeed, whatever technology is involved, be it a ring or AI, the fight against Sauron will never end.

And also, we - all of us - can master an art of any kind through repetition, and always make it better!