Characteristics and Benefits of a Prototype

When being involved in Planning Services for SAP S/4HANA Transformations I frequently encounter customers, which are very interested starting their Digital Transformation to SAP S/4HANA but have concerns around certain aspects of the solution – some “Best of” examples:

It’s possible to study these topics extensivly from a theoretical perspective – nevertheless sometimes it is just better to test the real thing using a Prototype.

NASA has some nice images of prototypes – e.g. the following for a Space Shuttle Prototype Enterprise to test Gilding and Landing Characteristics:
. 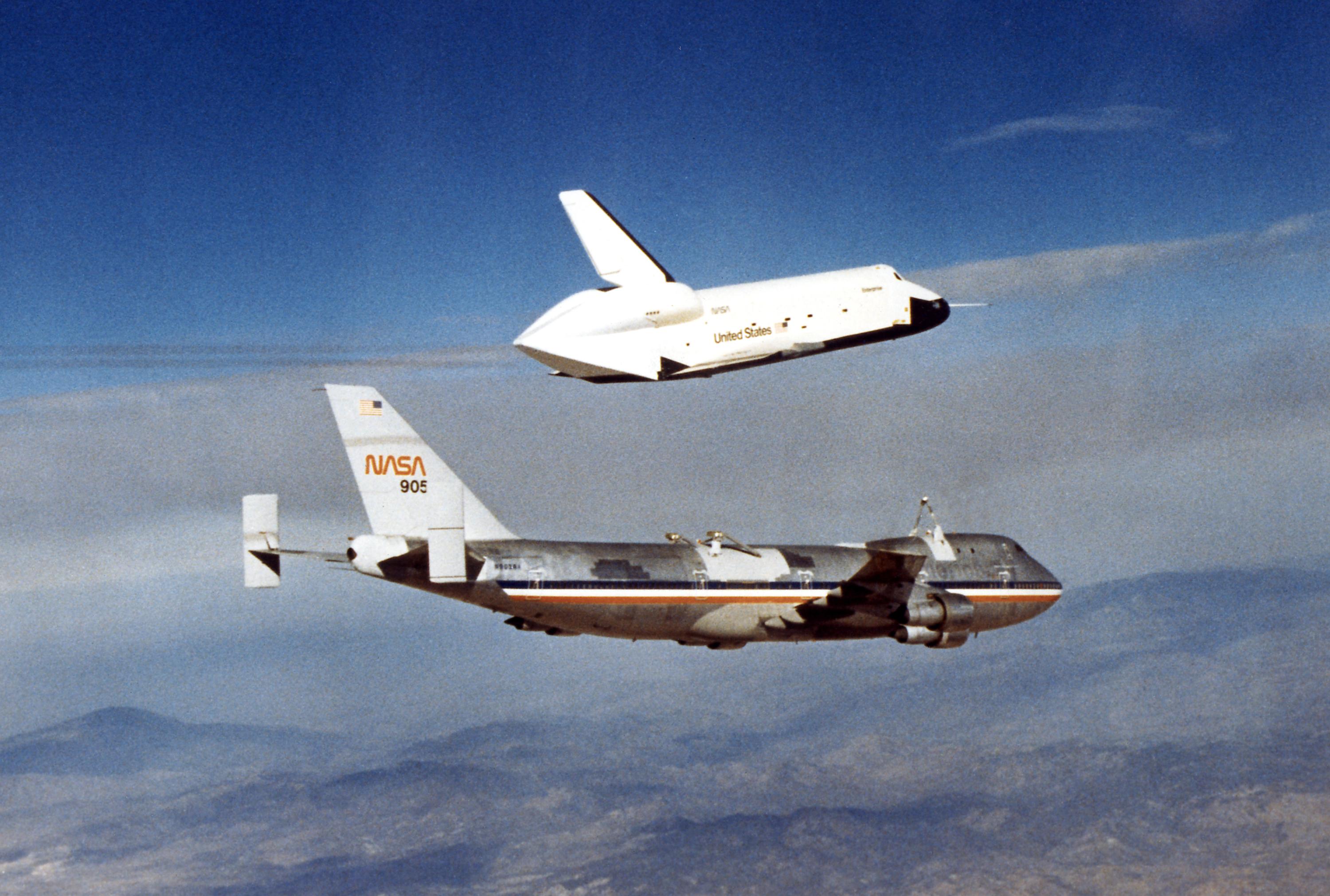 The image illustrates three important characteristics of a Prototype:

So if customers want to try out S/4HANA not just in a demo but test it’s capabilities hands-on with their own data, then a Prototype can be a good idea. Some advantages, which come to mind:

What makes a Prototype Successful

Some key factors I have seen in successful Prototypes:

If customers are interested in Prototypes for SAP S/4HANA, SAP offers a Value Assurance Package called “Plan and Prototype” to support them (My organization actually delivers this Package, so I have to do a bit of advertising here). This package can support two flavors of Prototypes for SAP S/4HANA depending if customers want to move an existing system to S/4HANA or start with a green-field implementation:

The Plan and Prototype Package mostly uses the same Value Assurance Services SAP offers to support full scale Implementation Projects (so it’s actually a also a good way for customers to test out the value of these services in a smaller fashion). There are two exceptions: The “Scoping Workshop for Prototyping” and the “Result Workshop for Prototyping” (blue boxes) have been created specifically to Support Customers with their SPA S/4HANA Prototyping. 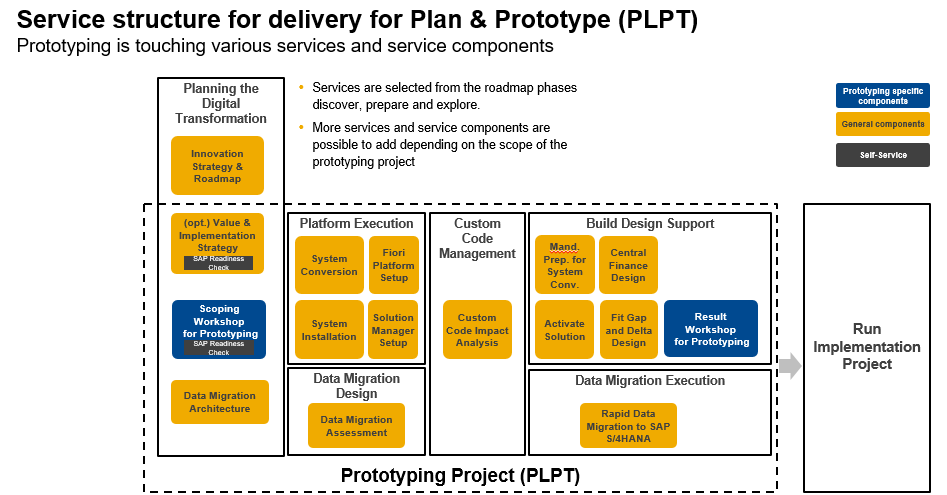 Customers often ask, which landscape they can use to run the Prototype – the following options exist.

Which deployment option is preferable really depends on the what the customer is planning for a later implementation project. If customer plans to switch to a private Cloud option, the Prototype can be an excellent opportunity to try that out.

The Prototyping Information Sheet provides more information about the Plan and Prototype Package.