Sustainability – everyone talks about it in every appropriate or inappropriate situation. Since 1962 with Rachel Carson’s “Silent Spring”, which  by the way led to the first global environmental protection acts, the term has had an unprecedented rise. But what does it really mean and how can we achieve the ominous sustainable development? Do we still speak about the early 18th century concept originating from forestry meaning that you don’t harvest more wood than regrows in the same season? Obviously not!

Today, sustainability means much more. The term was extended to other aspects of our society. The approach I personally like the most, is the one by Volker Stahlmann (2008). He propagates a weighted pillar model which makes it clear, that natural resources build the foundation of the house of sustainable development we are planning right now. Societal aspects as economy, culture and social equity can only contribute to reach a sustainable world while respecting environmental limitations and planetary boundaries. Therefore, the international community adopted the agenda for sustainable development 2030 including the 17 UN goals for sustainable development everyone is jumping on right now. Of course, they also provided a more colorful version J. Aim of this intergovernmental agreement is to guarantee a global economic progress hand in hand with social equity within the planetary boundaries.

Although in my opinion legitimately criticized as too fuzzy, with contradictory trade-offs, too expensive, not supporting a probably needed societal and economic transformation, they still are the only global agreement we currently have. And we all know damn well, that we somehow need to make it happen.

Therefore, we need to dive deeper into the pillars of sustainability and how we can make them work. On the economic perspective, there are three approaches towards a sustainable economy from different starting points.

The main strategies for a sustainable economy are focusing on an increase in sufficiency, efficiency and consistency.

On the sufficiency level, consumers are in demand to change their behavior towards an environmentally friendly consumption. Increased efficiency means an enhanced benefit-effort ratio regarding environmental resources, meaning to maximize the yield for the same resources or even better, creating the same yield with less resources. Together with the consistency strategy which focuses on maximizing the compatibility between anthropogenic material cycles and natural resource cycles or uniting eco- and technosphere, companies and consumers can help paving the way towards a sustainable economy.

The cultural and societal aspects are mainly driven through civic participation. One exceptionally great approach towards a more sustainable society is the UN World Urban Campaign. With their slogan #urbanthinkers – be part of the change, they encourage urban citizens to participate and drive sustainable urban development in so-called Urban Thinkers Campuses.

But why focus on urban areas? Estimates suggest, that 2030 around 60% of the world’s population will live in cities or their immediate rural neighboring regions. 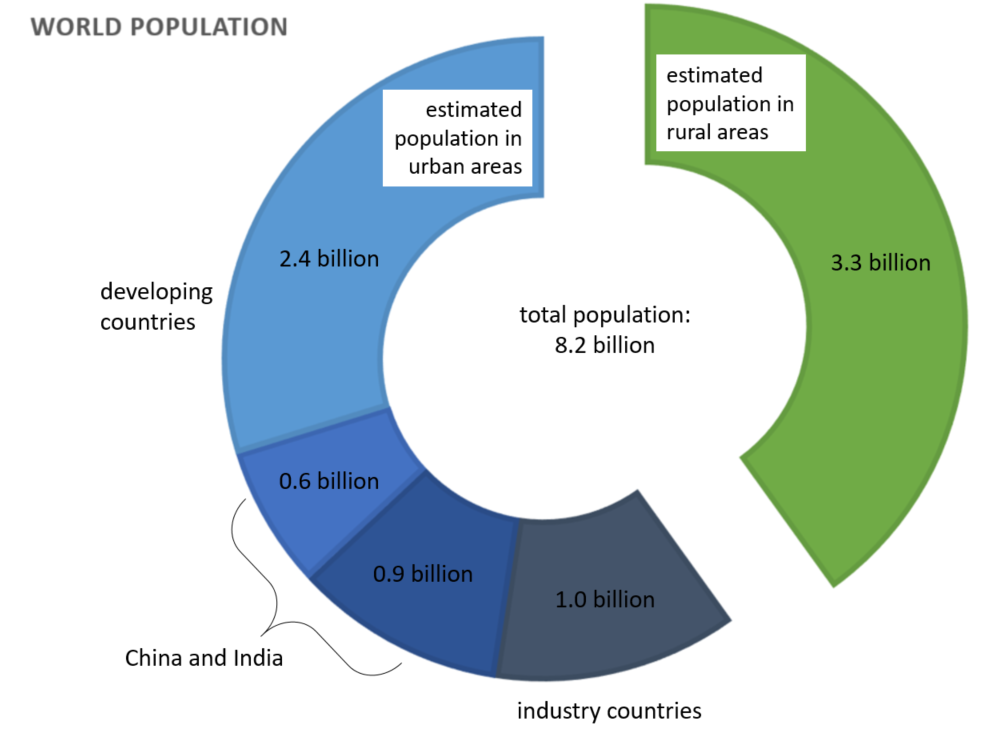 Also, metropolises have a huge economic power. Around 60% of the global GDP is currently generated in only 600 cities worldwide.  Furthermore, cities build completely different ecosystems than the rural vicinities with higher biodiversity, warmer temperatures, different water runoff, just to name a few.

One of the Urban Thinkers Campuses took place in Mannheim for the 2nd time. All interested citizens from Mannheim and the whole Rhine Neckar Metropolitan Region were invited to come together to learn more about urban development and to discuss topics like inclusion, mobility, sharing economy or the future of libraries with experts from research, economy, government or NGOs.

Again, the overarching topic was the advance of new technology in various aspects of our societal ecosystem.

Taking urban agriculture as an example, SAP Young Thinkers showed the potential and risks of technology in local food production in a Snap!-Gardening workshop. Due to population growth, food production must be increased significantly. In contrast, the awareness of environmentally harmful processes during food production has risen. More and more consumers ask for organic agriculture with less land consumption, using less pesticide and transportation resources. One way to address this are e.g. vertical farms which currently spring up especially in places with nearly no arable land as Taiwan. As LEDs are now available with wavelengths corresponding to plant’s chlorophyll absorption maxima, indoor food production can be accomplished with relatively low energy consumption. Using methods like hydro- or aeroponics, vertical farms are also interesting from irrigation perspectives. Quality management can be achieved using the internet of things. 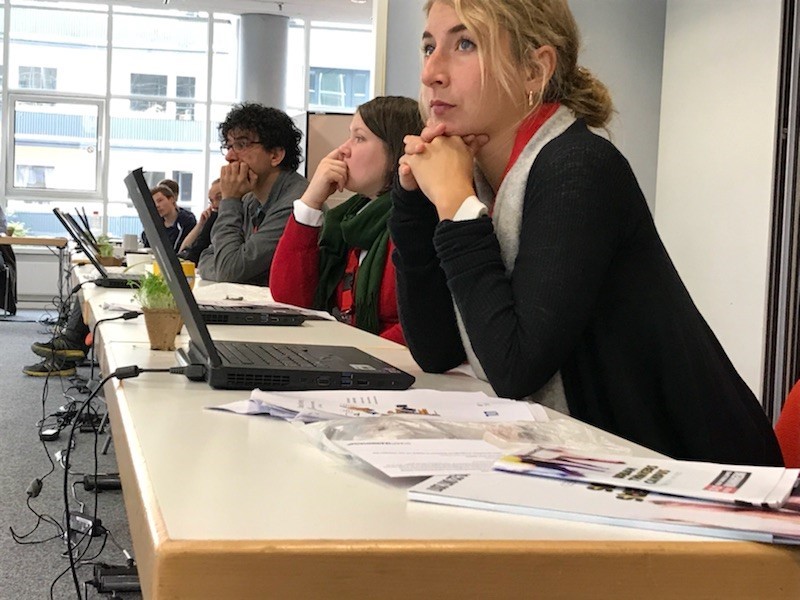 Especially in small scale approaches there are amazing projects combining crop growth with fish farming. In so-called aeroponic systems, a water cycle between crops and fish tanks is established in which the plants get fertilized with the nitrogenous water from the fish tanks cleaning it for the animals again, resulting in a nearly perfect circular economy all controlled by IoT.

However, our aim was not only to show the potential of local and urban crop production but also explain the underlying physiological processes and let the 20 participants tinker with the required hardware to build their own small plant monitors sponsored by the city of Mannheim. Using Snap!, our block-based programming language, IT cracks as well as the participants with first hardware or programming contact could build their setup. As a reward and incentive, all attendees received a rare, old bean variety, whose conservation is by the way also included in the global goals. 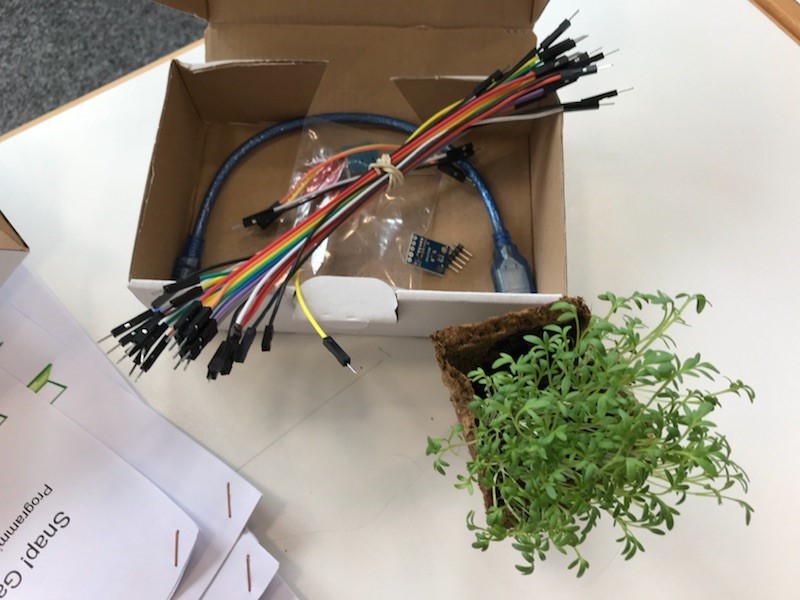 The results from the different working groups in which more than 500 people participated are soon to be published and will now be included into Mannheim’s development strategy until 2030.

If you also want to know more about plant physiology, hardware tinkering or how to combine environmental and technological education, reach out to ua-support@sap.com. If you are interested in our Young Thinkers program, you are welcome to check out our blog posts or also write an e-mail.

Looking forward to hearing from you,