Getting nowhere with everything

Last year I made a massive mistake.

I took Richard Branson’s mantra to the extreme: ‘If someone offers you an amazing opportunity and you’re not sure you can do it, say yes – then learn how you can do it later”. The mistake was not about saying yes. The mistake was to say yes without any considerations or regards as to what else I had said yes to. I read it as “if someone asks you to do something just say yes – then get in a massive tizz wondering what you committed to, stress about having no time, feel guilty for cancelling at the last minute, and be exhausted at the end of it wishing you could have just 5 minutes more sleep”. 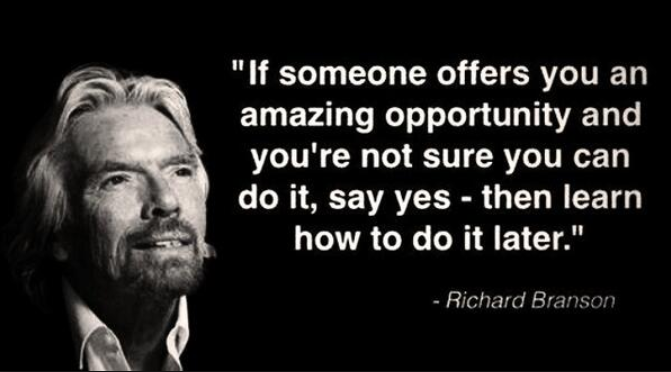 I said yes to having another baby and all the stresses that involved (well that decision was in 2016 but bub arrived in 2017).

I said yes to returning to work from when bub was 5 weeks old in a part-time and remote setup. This first bit of work continued to roll into other short pieces and before I knew it, 6 months has passed and I’m working with multiple clients.

I said yes to a heap of SAP Community activities which would involve commitments of a conference call here and there; activity in JAM space; be on the community; provide feedback; etc. Each request was a compliment and privilege to be part of. I continued to say yes to being a SAP Mentor as well as Community Moderator. By the time I finished saying Yes, I found myself on 2 councils, moderating 2 tags, participating in BETA testing and other feedback, active on Ideas Space/Collaboration platform, emails behind the scene, and following the antics of a goat.

I then said yes to my own initiatives and goals. Yes, to studying for certification. Yes, to wanting to revamp the careers tag with interview style. Yes, to trying to get fit and healthy. Yes, to walking my dog twice a day. Yes, to baby prep stuff and housework. Yes, to the quality time with my son by introducing him to the world.

Yes. Yes. Yes. Then reality hits and I find myself singing 99 bottles of milk (child friendly version instead of beer) on the wall as I rock a fidgety child to sleep hoping they’ll pass out before my arms give way, and nothing else gets done. 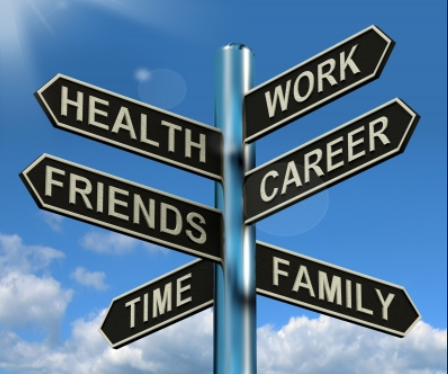 Saying no has always been difficult. I recall advice in my early 20s that if you struggle to say no to others then you should try to say yes to yourself. By putting everyone first you can find your health and happiness negatively impacted. But by saying yes to yourself, you might find yourself in a better position to decline other requests due to your lack of availability. In conjunction with this attitude, I decided to install an app on my phone for goal setting. And I went about setting goals separated into the categories: professional; my child; my fur-child; personal relationships; health. I created simple goals that could be daily activities (sadly, bathing my son was a goal as was reaching out to at least one human each day); regular goals; and long term. I entered goals to track with a simple green tick for completion or red cross. I had a weekly goal to reflect on my week of goals.

I felt a sense of achievement for goals I had met and knew I could sustain them and no longer need to track them. Goals that were not met were not failure (even if that was the feeling). Unmet goals were items that I needed to decide whether they were important to me right now and either remove them or prioritise. But the other category were the items in my life that did not even get a look in. And here is where I could see the disconnect between saying yes and being ready to achieve and prioritising them.

This attempt to be many things to many people was getting me nowhere. More energy was being exerted through stress of failing at unrealistic expectations that I set on myself or through worry that I was disappointing people. Something (well many) had to give. Instead of saying I don’t have enough time I started telling myself It’s not a priority to see if I could accept that. I found myself accepting there are ideas and topics that are important to me but they need to take a backseat at this stage in my life. 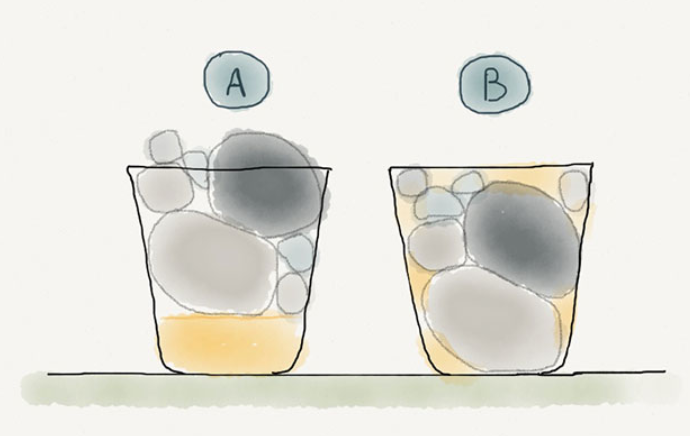 More reminiscing made me recall something a teacher told my class in primary relating to having too much to do and not enough time. It was The Rocks, The Pebbles and the Sand story. Here’s a link for those who are unfamiliar with this story.  For me, I had to figure out what the rocks, pebbles and sands are in my life. And this had been hard as it’s now meant I’ve had to start saying no.

I’m now starting 2018 accepting that some of the rocks in my life are a lot bigger than I first realised and need more of my time and energy. I also acknowledge that there are rocks in my life that time has worn down to pebbles and sand.  Within SAP Community, I have chosen one rock to be active participation by being more visible in blogs, Q&A and coffee corner. It has meant I’ve had to say no to being a member of Strategic Advisory Council (SAC) and some BETA testing activities. I hope they are areas that become priorities in future.

If this blog is anything to go by, it seems to be working for me. The time, energy, inspiration and motivation aligned and I could write this blog.

Next year, who knows what the rocks, pebbles and sand in my life will hold. I’ll figure that out in 2019.

Would love to hear your take on this.

P.S. I would like to apologise to those members in the community with young families who ask for career transition advise and are told by numerous people to put some time aside to study. It’s such a simplistic (and obvious) answer but in practise is near impossible. I’m now in your shoes and empathise 100%. My son is one of the most placid, relaxed kids and I have family support yet it’s taken me 6 months through 1 SAP course in “my own” time. As far as OpenSAP courses go, completing the enrollment is as far as I’ve gotten. My life is now buckets of time with windows of opportunity. It’s hard to have everything line up to have the time to dedicate to professional development outside of a work day.