This event was yesterday and here are some quick insights, similar to the analysis of SAP Inside Track Istanbul. I used a combination of Lumira and SAP Analytics Cloud.  What would the top topic be?  Top tweet?  See below: 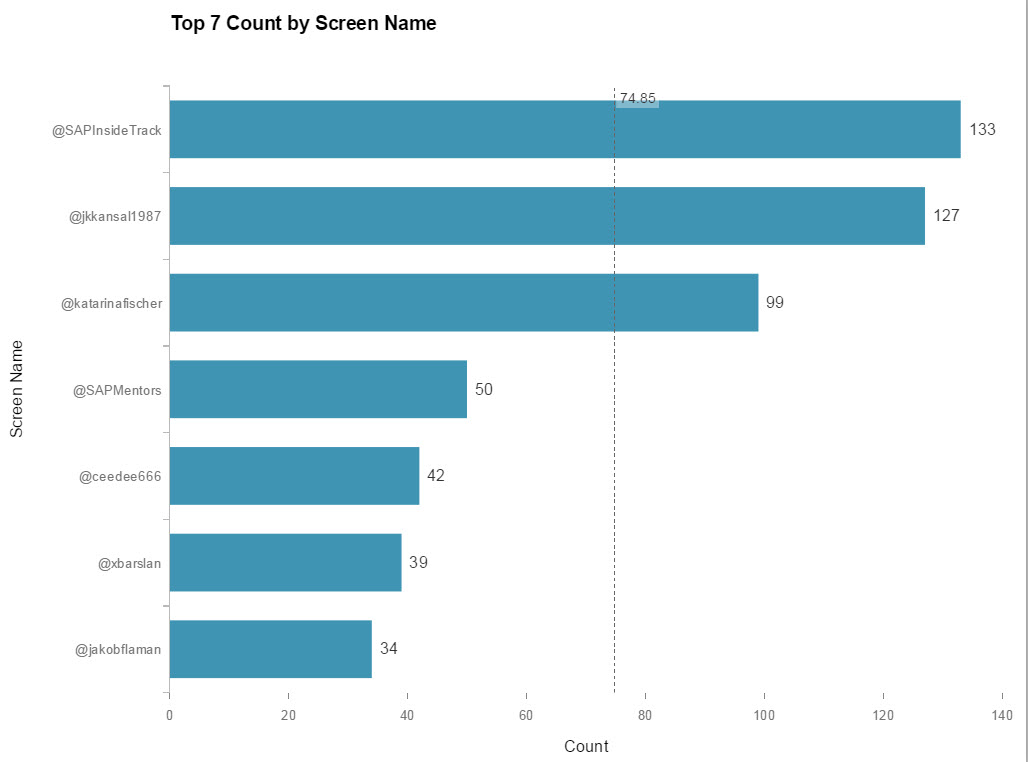 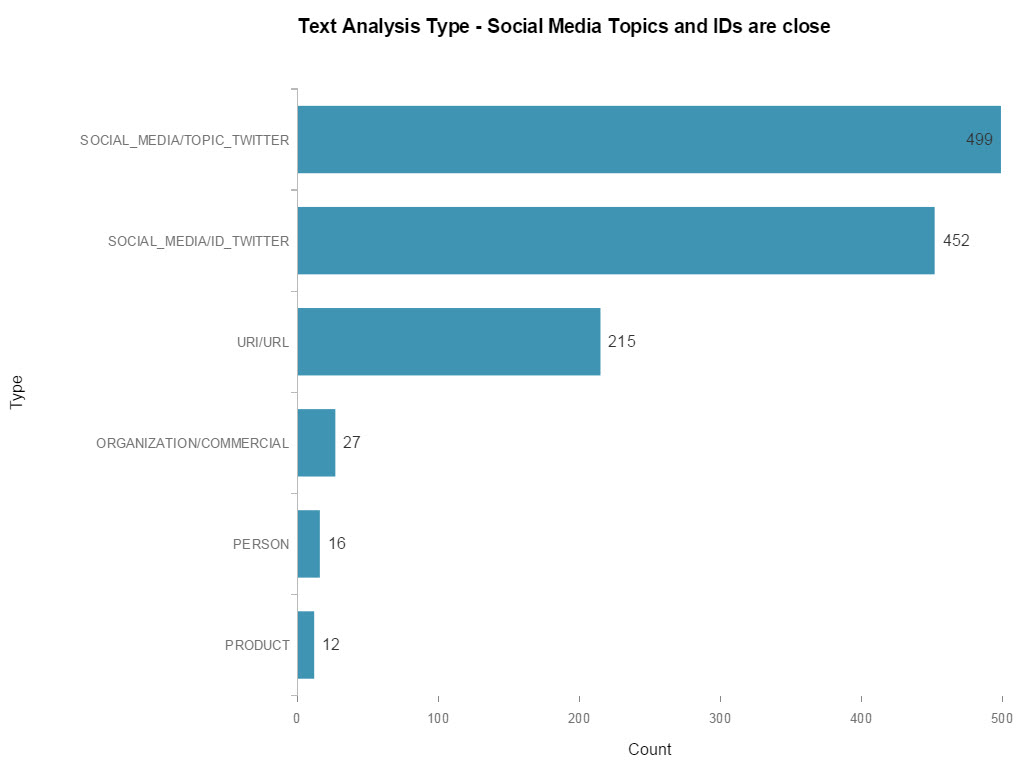 The text analysis shows the social media topics were tweeted the most, unlike SAP Inside Track Istanbul where it was twitter ID’s. 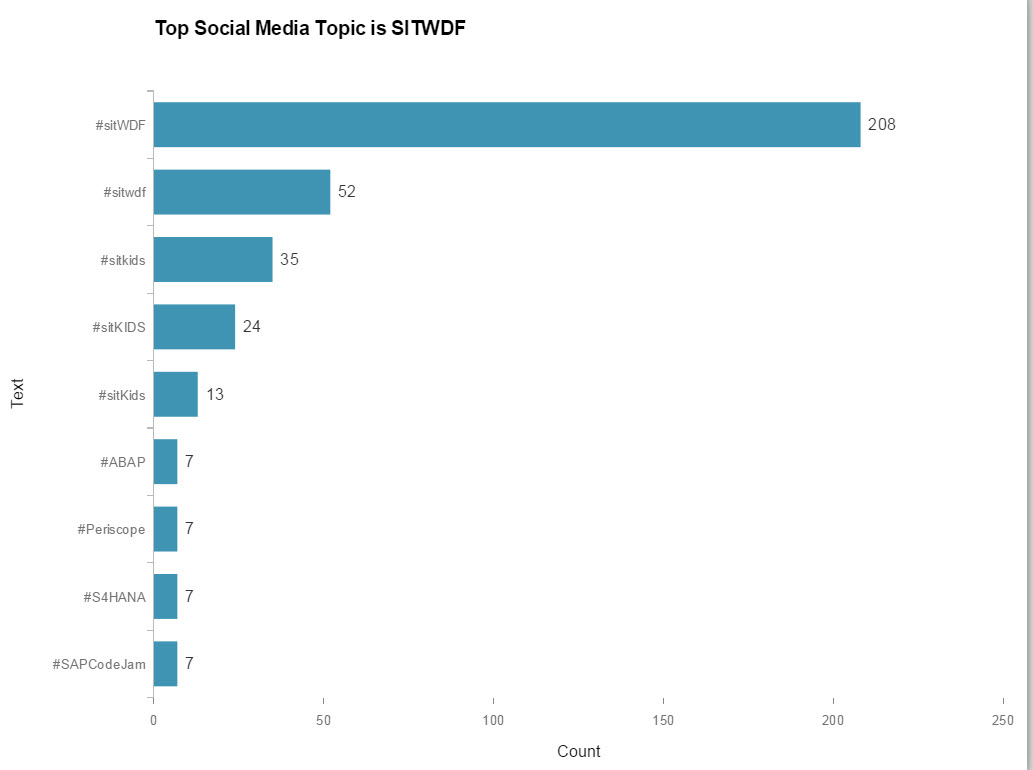 It is no surprise that the top topic was different versions of #sitWDF, the event hashtag.  Some attendees Periscoped the session, and interesting that ABAP was a topic topic (“ABAP is not dead”, so they say) 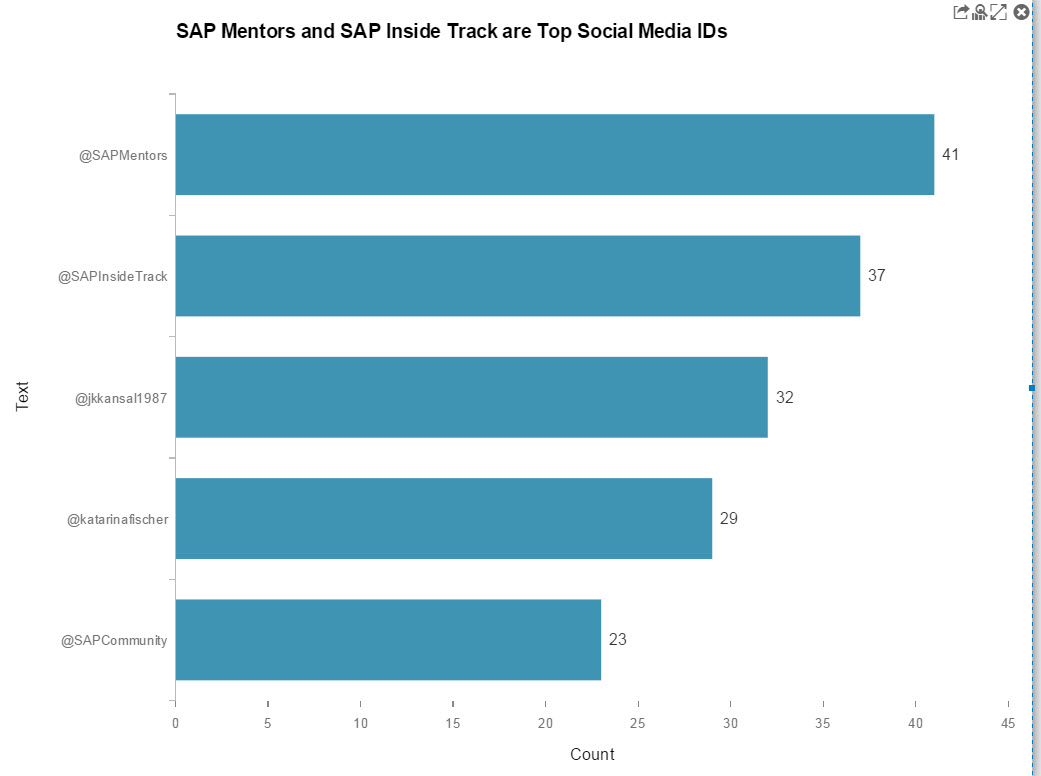 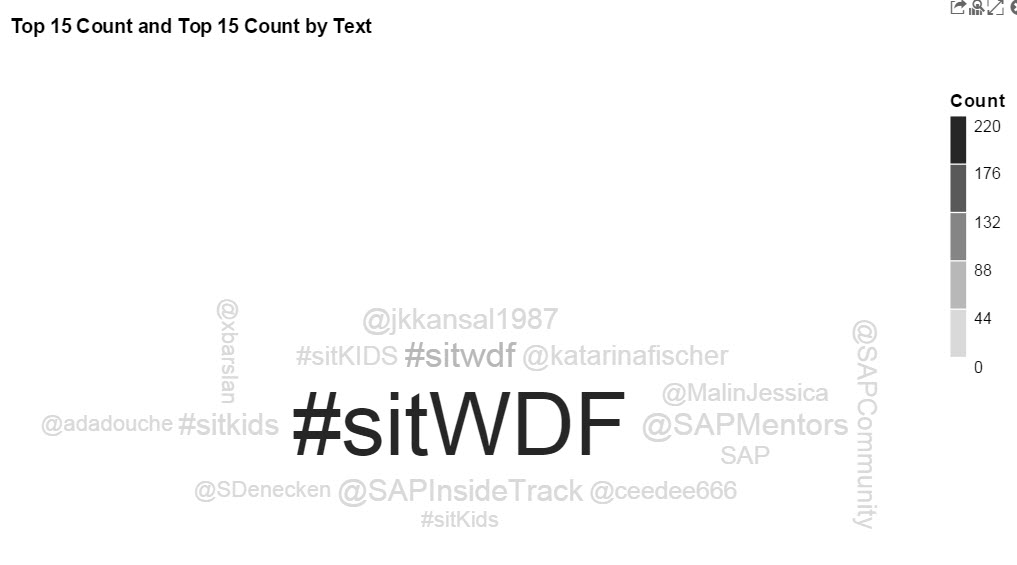 Tag cloud shows a mix of twitter ID’s and topics, including Sven Denecken 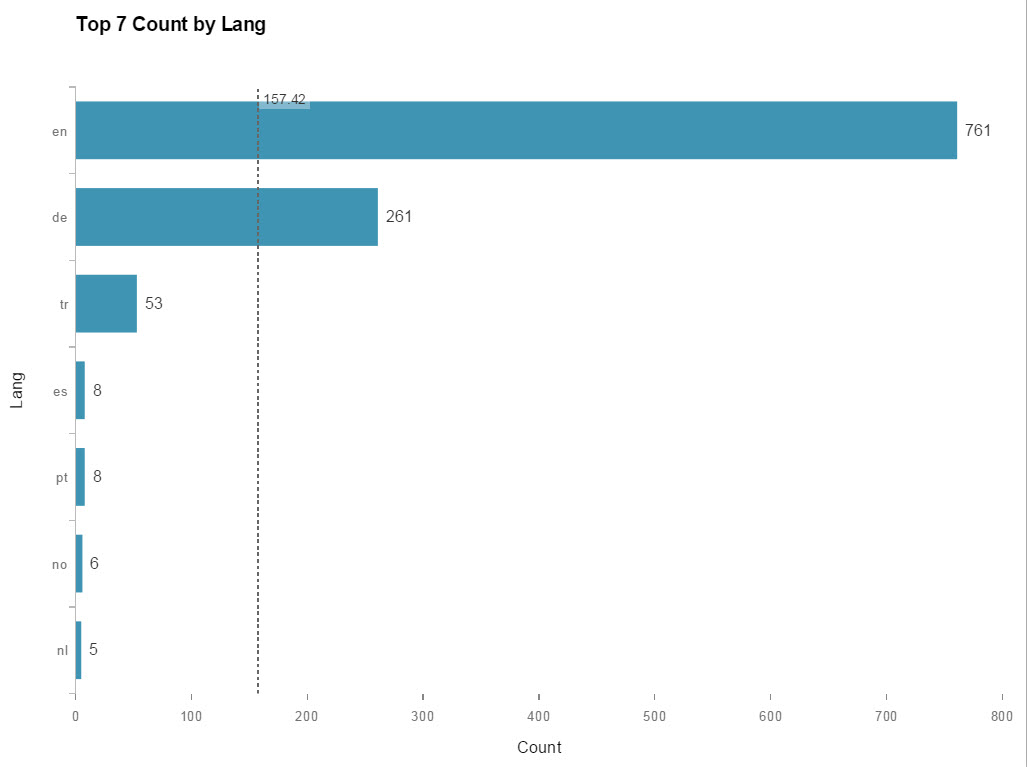 The top language in tweets was English, with German second, and Turkish third. 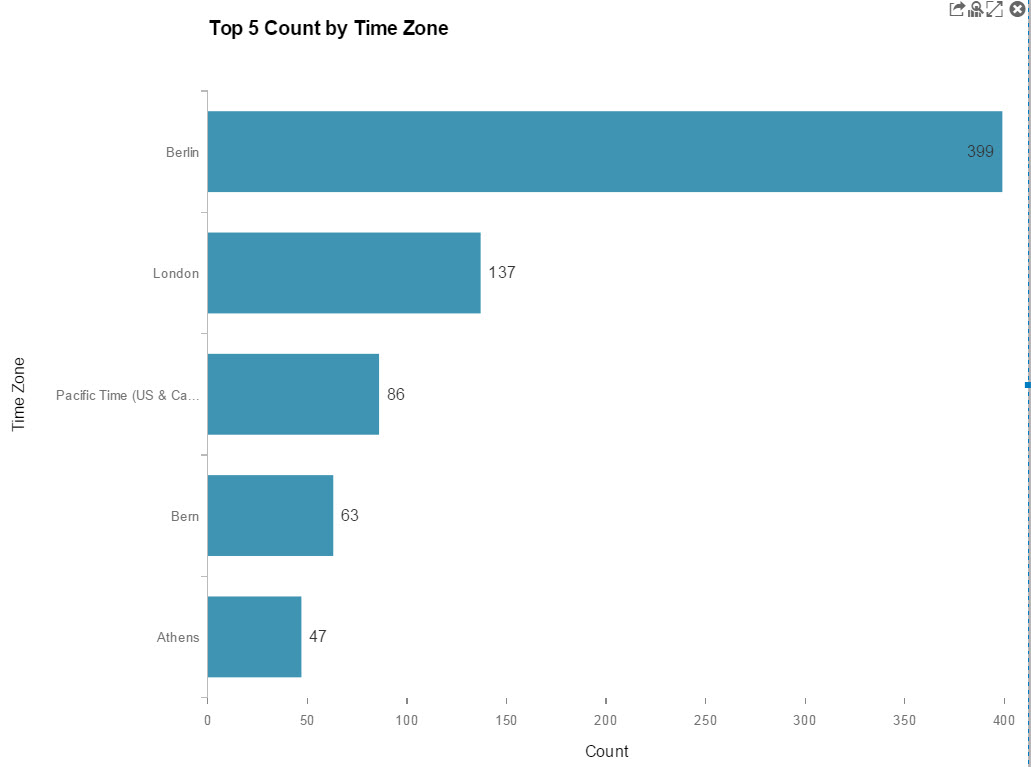 Top tweeted time zone was Berlin (no surprise).  London is the timezone for SAP Inside Track twitter account, and Pacific is the SAP Mentor’s twitter account.  Bern is likely from Jakob Flaman.  Last year Amsterdam was in the top but not this year. 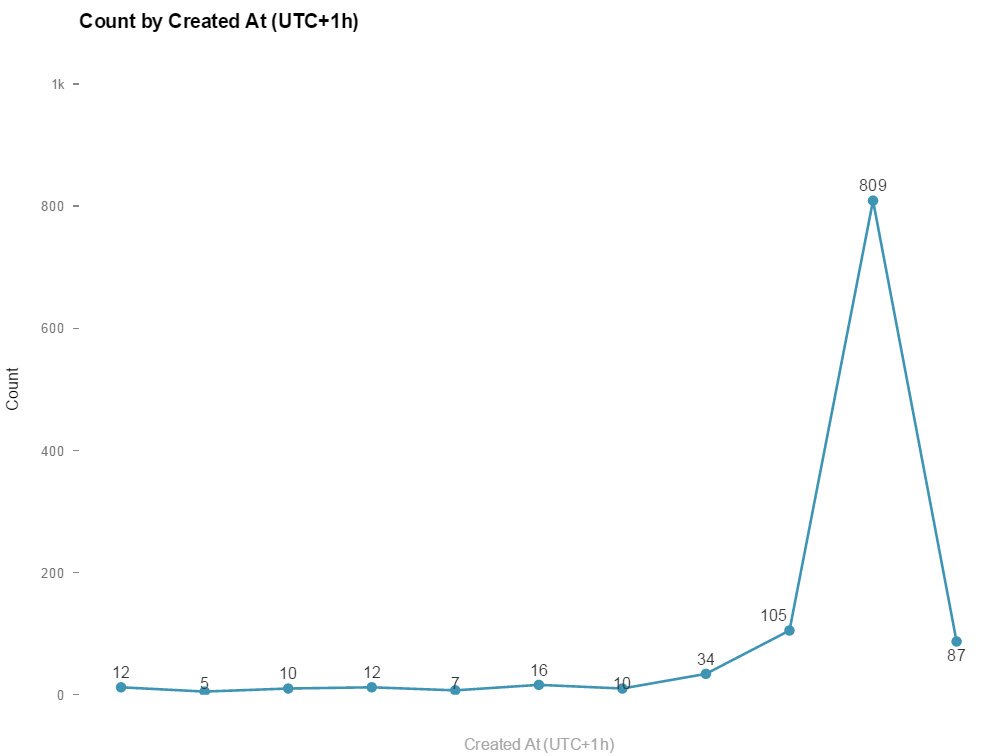 Yesterday, the day of the event, had the most tweets (no surprise).  Yesterday’s count at 809 is slightly lower than last year’s 875. 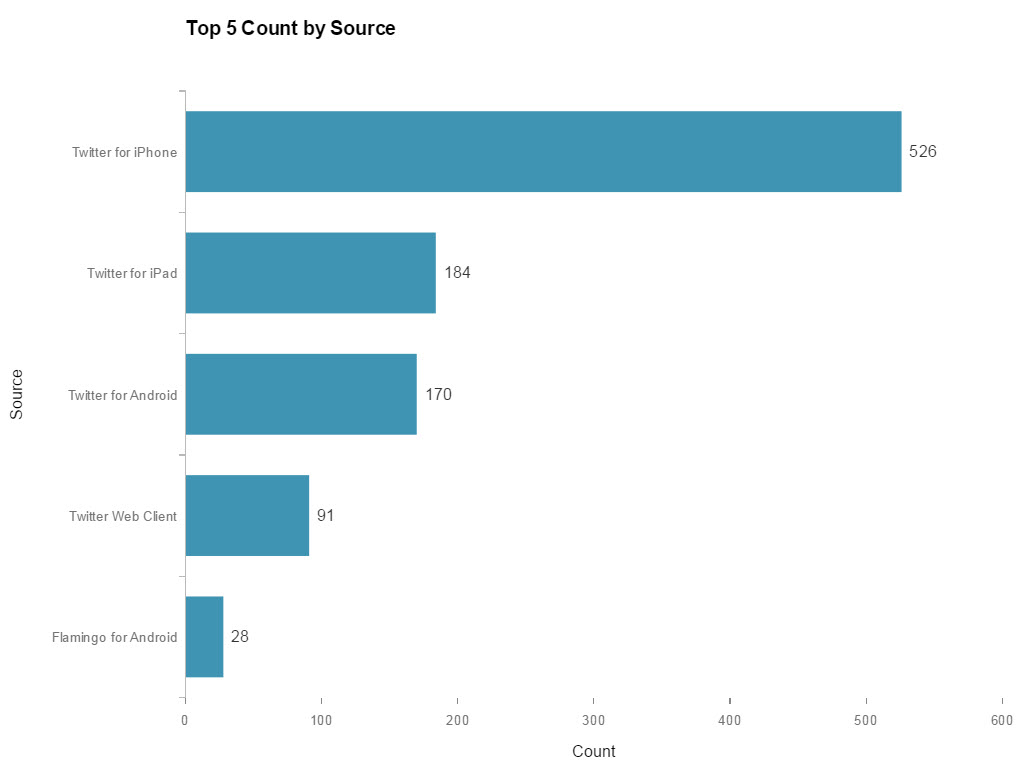 This one is always interesting; I haven’t heard of “Flamingo for Android”

For fun, I also used SAP Analytics Cloud – it gave a preview on topics/IDs from the Text Analysis 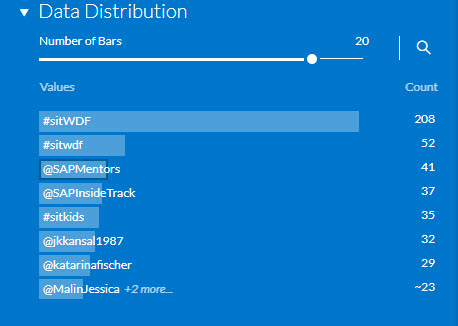 I like the feature “build my story” and it “knows” what I want to see.

This is hard to see but the Smart Discovery feature analyzes “retweets”. 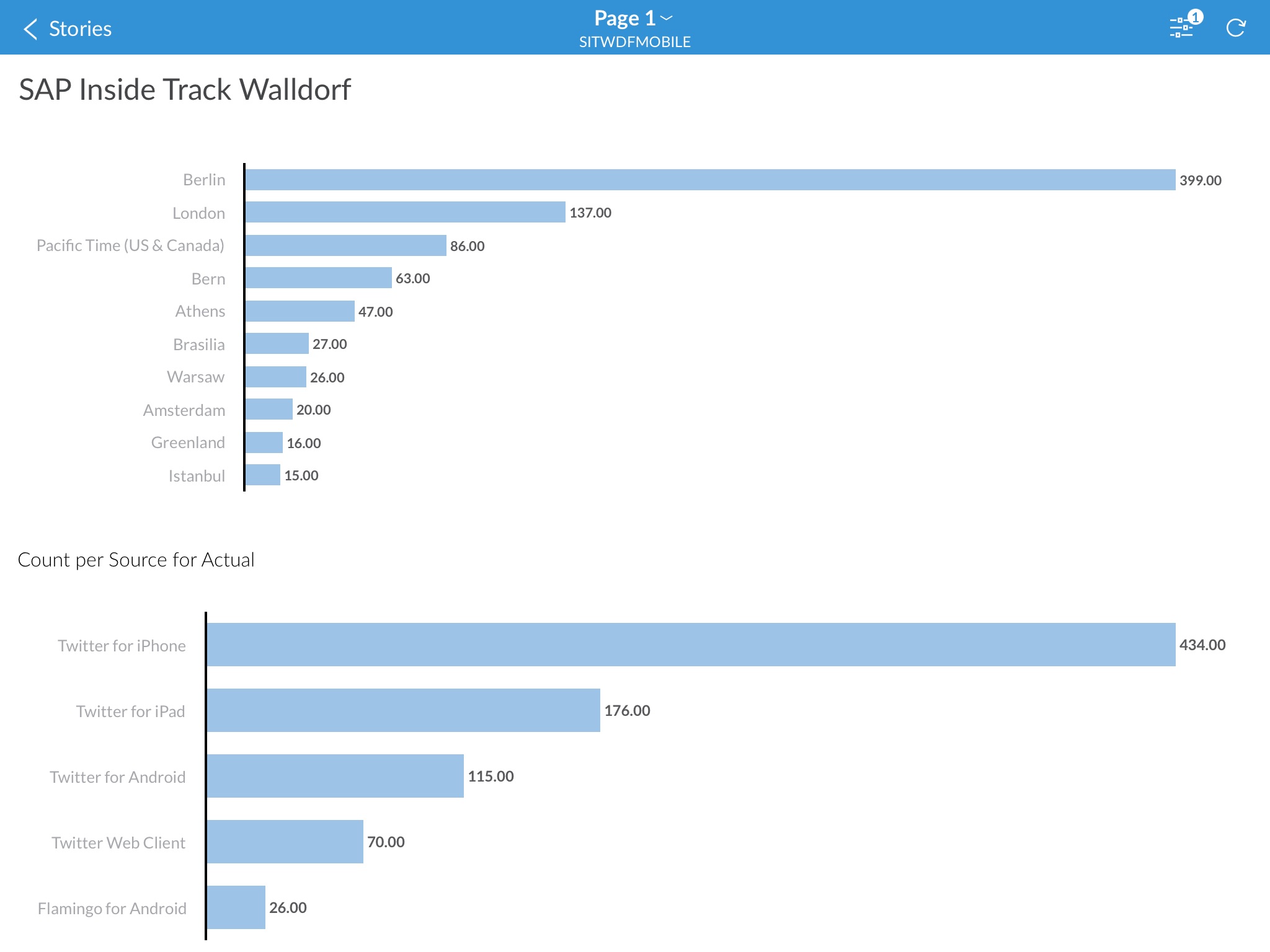 On the iPad, the images are crisp using SAP Analytics Cloud. 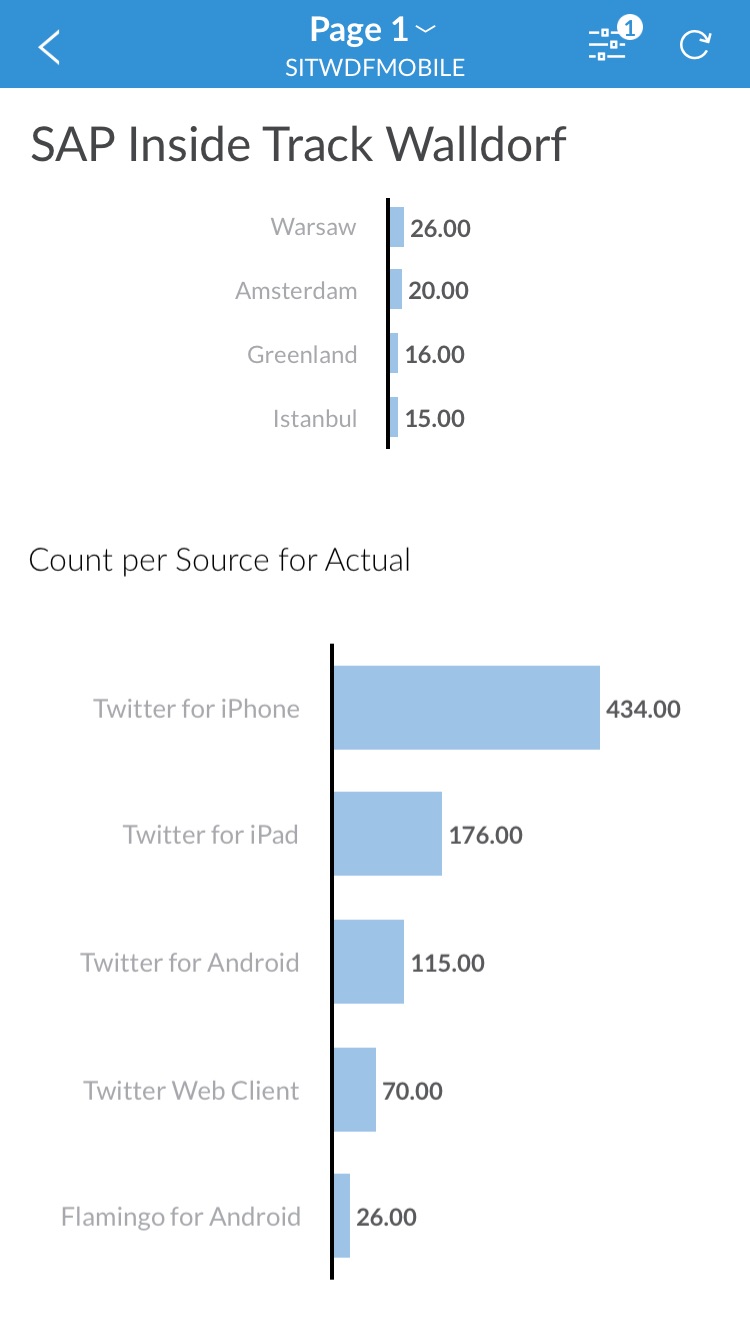 Above is the image on the iPhone for SAP Analytics Cloud – the image is very easy to read.

The top tweet, at 20 retweets, is from Hendrik Neumann : 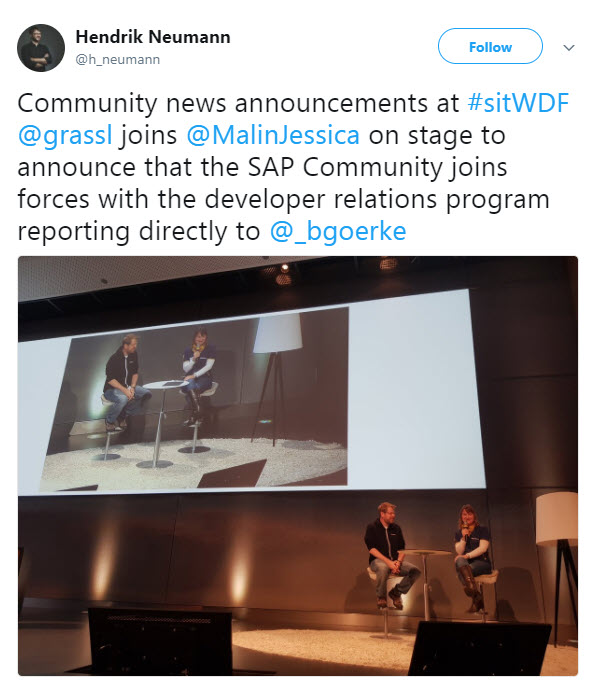 Usually the top tweet is the group picture, but there was a special announcement yesterday:

On the left, SAP’s Thomas Grassl with Malin Liden (video by Katarina Fischer  – I recommend SAP Community members watch this. 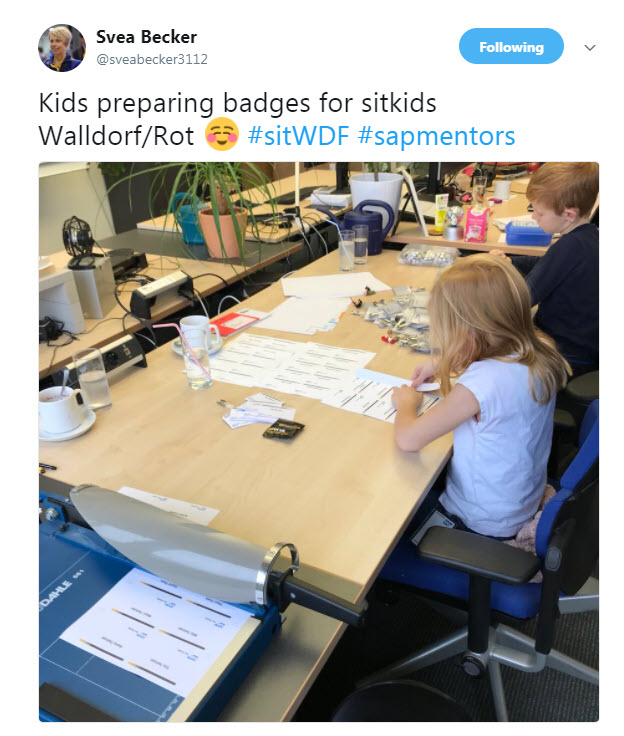 What did I miss?

You can learn more Lumira here:

and more about SAP Inside Tracks here