Disaster Recovery (DR) is the process, policies, and procedures used to recover data after a natural or human-induced disaster. Disaster Recovery differs from High Availability (HA), which aims to keep all aspects of a business functioning during disruptive events. SAP replication achieves DR through asynchronous replication to a geographically separate site.

To support Disaster Recovery, SAP ASE 16.0 SP03 PL02 lets you set up, manage, and monitor an optional, additional DR site that is geographically separate from the 2-node HA system. This third site is dedicated to disaster recovery and doesn’t need synchronous replication.

Here’s an example of an HADR with DR node system, where London1 is the primary node, London2 is the standby node, and Paris is the DR node:

Here are some typical use cases for disaster recovery:

When your application can’t reach the primary SAP ASE server or the whole primary host, Fault manager automatically triggers an unplanned failover operation in RMA. RMA switches the standby host to the new primary host. After a short break, the user application continues running on the new primary node. Replication to the DR host is not affected if the primary server or host is down. After the failover, data generated on the new primary ASE server can also be replicated to the DR host. After the previous primary ASE or host is recovered, you can trigger a planned failover to switch back to the previous primary host.

If the standby ASE or RS server is down, recover the servers directly. In extreme circumstances, if you cannot recover the servers, you may have to discard them and reconfigure the environment. For assistance, see Tips and Tricks (below) or contact SAP support.

If DR has not been available for a long time, rematerialize DR to synchronize pending data instead of continuing replication. 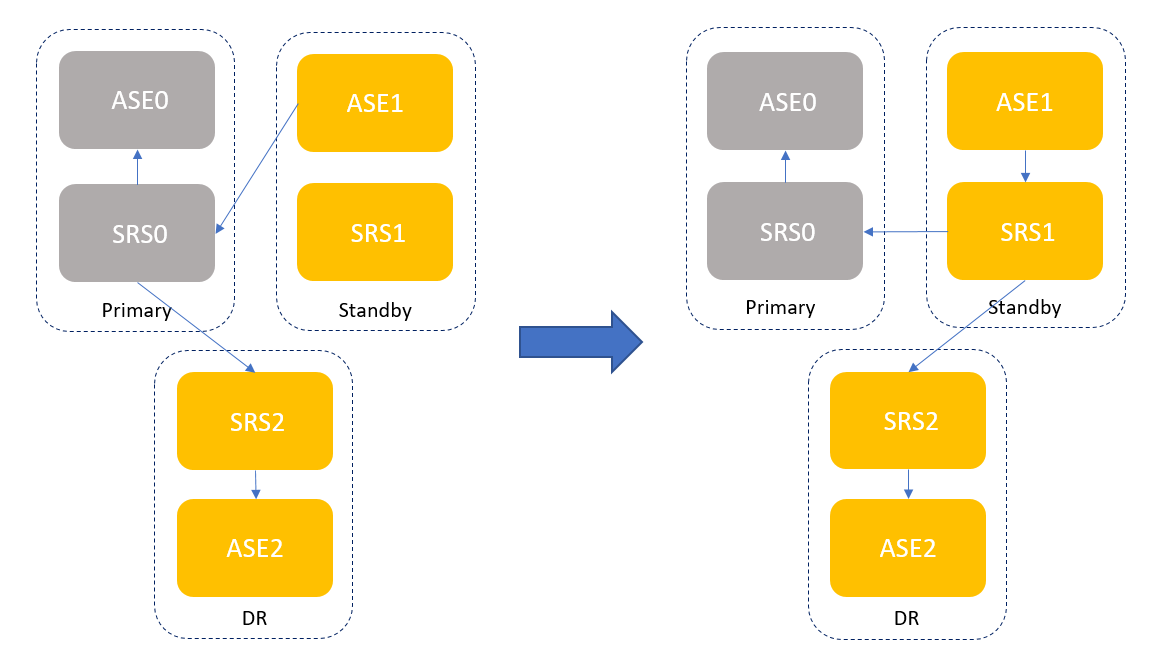 Topic reference: Removing the DR Node from the HADR System

Do we really standby Server in case we just with DR solution? Just to save cost. Is it mandatory?