Welcome to the 11th annual edition and 2018 version of my Mobile Industry Predictions. Once again, I’m delighted to share my thoughts and prognostications about how the overall mobile industry will fare. I can say that (probably fortunately) many predictions of previous years did not come true; however, many have done so. 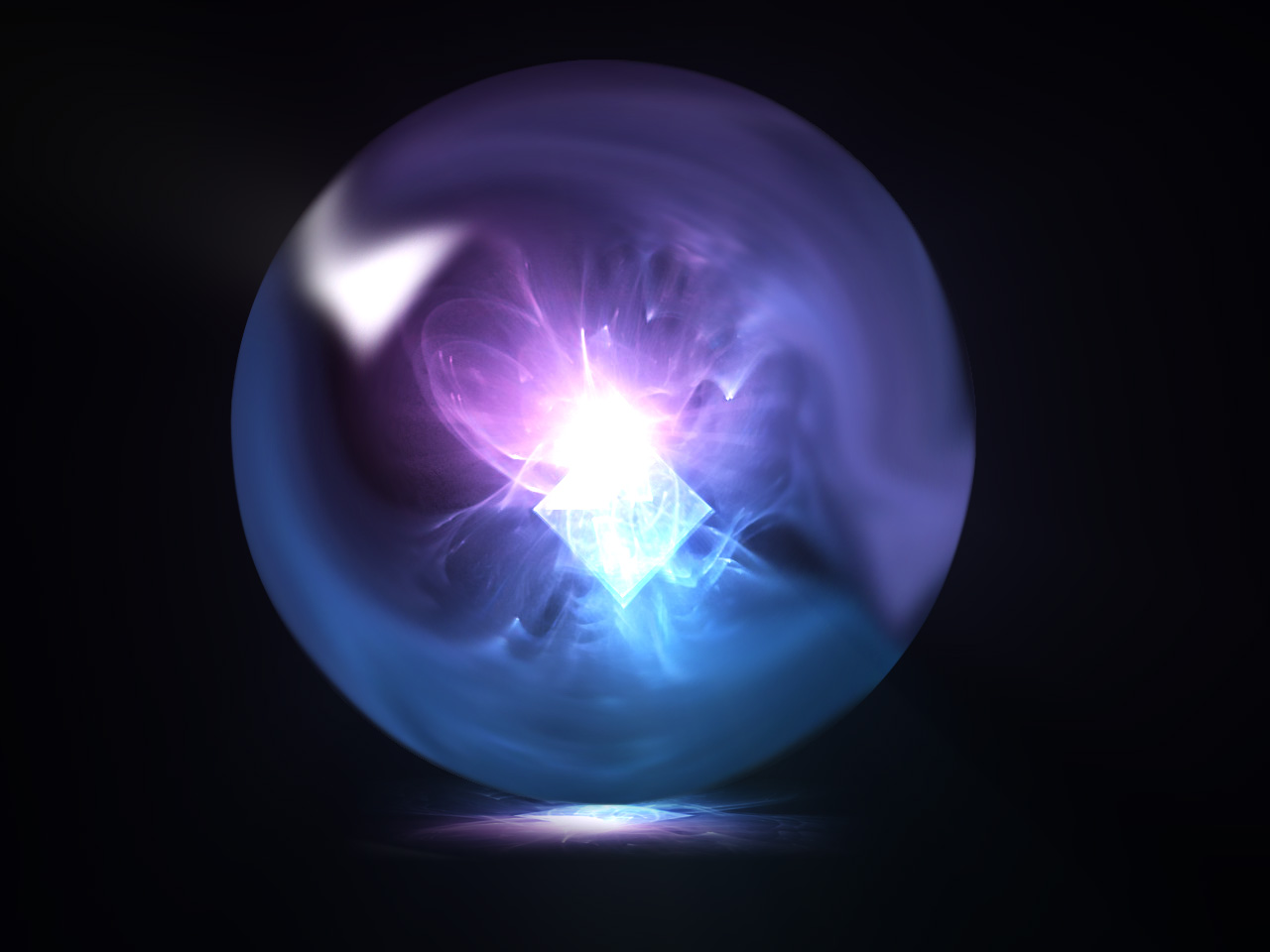 2018 is already starting off with some technological bombshells, as in December 2017, the US FCC repealed network neutrality regulations as they have been known; however, this debate is far from over.  Blockchain is gold: any company that even mentions blockchain all of the sudden rises to the top and for those public companies that start talking about blockchain, their stock valuations sometimes rise quite dramatically.  Much of that is based on the hype that bitcoin and other cryptocurrencies brought to the discussion in December. Mobile networks continue to flourish and 5G will likely become reality this year.

Before we delve into what is in store for us in 2018, we should review the previous year’s predictions to see how we fared against the reality of this dynamic, ever-changing industry. It is just as important to review how the industry performed in relation to previous predictions. For each 2017 prediction, we will rate the correctness of the prediction to try to quantify how we did.

[1] Mobile Messaging – especially A2P messaging through SMS will continue to grow and become the dominant worldwide channel for businesses to interact with customers. While all messaging methods will grow in subscriber usage (MOUs, etc.), SMS also continues to show resilience and staying power.  RCS-type deployments will continue to disappoint and there will be no Android equivalent of Apple Messaging.  Some IP messaging platforms will become legitimate alternative channels to A2P SMS.

2017 Reality: A2P messaging continues to grow and even our own A2P messaging statistics reflect that grow with a double-digit increase percentage over 2016.  All messaging channels continue to grow (for example, Facebook Messenger topped over 1.2 billion MOUs as of April 2017). Ovum indicates “A2P messaging is projected to grow at 8% CAGR from 2015 to 2018,” and certainly our own results and that of various other competitors in this space reflect that.  I’m happy to report that I was wrong about RCS. A2P RCS is making a resurgence thanks to the catalyst of Google Jibe’s RCS Business Messaging early access program incorporating leading A2P SMS aggregators & providers around the world. Other RCS hubs including Samsung, Mavenir, ecrio and others are also providing RCS solutions around the GSMA Universal Profile 1.0 and 2.0 standards which is reducing RCS fragmentation across the world. Finally, RCS is poised to become an important engagement channel. 75% correct because I thankfully got the RCS part wrong.

[2] Chatbots will be heavily hyped, but these won’t gain significant prominence, but for a few customer-service solutions – which will ultimately lead to human interaction on the other side. Think of chatbots replacing the voice-call menu tree or requesting needed information for the human responder.

2017 Reality: Chatbots or ‘bots’ were indeed strongly hyped in 2017.  They are being used in more and more situations – especially around customer service; however, their prominence is still questionable. Bots are mostly used today in non-SMS social chat apps such as Facebook Messenger and others.  For some platforms, the ability to discover new bots is a factor.  A few are being deployed within SMS based and they will likely play an increasing role in upcoming A2P RCS as a core element of conversational messaging on that channel.  AI enhancement of chatbots has also become more commonplace leveraging such solutions as Google’s api.ai (now called Dialogflow) or Microsoft’s Bot Framework, among several. 100% correct.

[3] We will see a start of production 5G deployments by mobile carriers – initially targeting for IoT applications; however, some 5G deployments will be targeted for consumer devices.

2017 Reality: We must call this an almost complete miss, but a close miss.  GSA noted that 103 operators in 49 countries are “investing in 5G technology in the form of demos, lab trials, or field tests that are underway or planned.”  As of December 2017, 32 operators have made public commitments to deploy 5G in 23 countries. This include Verizon Wireless who has committed to roll-out 5G in 3-5 cities, starting with Sacramento.  In November, 2017 Huawei indicated that Vodafone Italy had successfully achieved the first 5G data connection in Milan, Italy, marking the start of their planned network rollout. 20% correct

[5] Apple will launch a new iPhone 8 and iOS 11 that will include some new innovations for Apple, including an OLED screen, no hardware buttons, wireless charging, enhanced camera capabilities as well as better support for LTE-Advanced. This device will lead to record iPhone sales in 2017 with Apple iOS gaining some market share, but not dominating Android.

2017 Reality: Apple indeed did launch the new iPhone 8 and iOS 11; however, they also announced and shipped the new iPhone X, which included the OLED screen, no home button and the other features. Wireless charging is now available for both the iPhone 8 and iPhone X.  LTE-Advanced support is mostly unchanged in the new devices. Android-iOS market share varies a bit, worldwide, but Android remains in the 80-85% share with iOS at 15-20% share.  85% correct.

2017 Reality: Breaches continued in 2017 with many prominent companies targeted resulting in hundreds of millions, if not over 1 billion subscribers’ data compromised. One of them, Deloitte, was specifically determined to lack of 2FA in place.  The FIDO/Javelin State of Authentication 2017 report cited that SMS OTP for mobile was second only to password usage.  It was 4th for online, with static and dynamic Knowledge Based Authentication (KBA or “secret” questions) coming in 2nd and 3rd. Software OTP (such as TOTP solutions) was next after SMS OTP.  100% correct.

[7] Wearables will continue their slow growth, but with no real killer applications or functionality, they will slowly track upward. Fitness / Health continue to be the predominant applications. Apple and Fitbit continue to lead the pack with one or more existing wearable platforms shutting down in 2017.

2017 Reality: Let’s start with who exited the wearable business. Jawbone, once worth over $3 billion is said to be in liquidation and TomTom cut jobs as they began restructuring more toward their mapping and navigation.  As of Q3, 2017, Apple retook the lead in the wearable market with 23% share, with Xiaomi (21%) and Fitbit (20%) right behind it. In terms of predominant functionality, health and fitness continue to lead as Xiaomi and Fitbit controlling over 40% of the market; however, with LTE-enabled Apple’s Series 3, we are seeing additional applications such as messaging, alerting, and communications starting to gain usage. 100% correct.

[8] The most dominant IoT applications will be in transportation – especially vehicle automation, followed by logistics (tracking items) and smart home devices (light bulbs, home automation, etc.). While few vehicle manufacturers will be able to provide capabilities of a Tesla (e.g. downloadable software, self-driving capabilities, etc.); more car manufacturers will provide mobile apps and remote vehicle management than ever before.

2017 Reality: According to IoT Institute, Asset tracking and Monitoring was the most popular use case, followed by Automation of Manual Processes and Predictive Maintenance,  rounding out the top three. These predictions for 2017 were a little too specific; however, “automation of manual processes” can cover some of the consumer-focused IoT implementations (e.g. for smart home devices which continue to proliferate).  Huge changes in vehicle IoT were not realized in 2017, although there has been plenty of press around this fundamental changes.  Clearly, the most innovative IoT solutions were in the industrial space. 30% correct.

[9] In the United States, expect some mobile operator consolidation. This likely means either Sprint or T-Mobile USA is acquired.  US Cellular could also be acquired along with some of the smaller Tier 3 operators.  This will lead to questions of competition and market dominance among the remaining operators.

2017 Reality: Sprint and T-Mobile once again flirted with merging and once again, they called it off.  US Cellular also remains independent.  In fact, due to the FCC-imposed “quiet period,” due to the incentive auction of 600 MHz spectrum, there was little major M&A among mobile operators in the United States. 0% correct (I’m going to have to quit trying to predict M&A activity among U.S. MNOs! I never seem to get these correct!)

2017 Reality: Mobile contactless payment solutions (better term that mobile point-of-sale) did increase. In fact, a November Bank Innovation report, indicated that Juniper Research estimated that Apple Pay should reach 86 million users in 2017. Apple Pay is now in 20 markets that represent 70% of the world’s card transaction volume and in the US, at more than 50% of all retail locations. Android Pay and Samsung Pay have also increased; however these two sort of split up the Android world.  Finally, Apple Pay Cash launched in late Q4 2017 enabling users to transfer money to each other through iMessage and other channels. This is setting up iMessage to become a more comprehensive communications app.  100% Correct.

Now onto 2018.  As we’ve shown, 2017 has been setting the table for many new technologies to come to the main course of commercial fruition this year.  In no particular order, here are my ten mobile industry predictions for 2018:

For better or worse, the predictions for 2018 cover a wide variety of areas: Mobile messaging (SMS and RCS as well as messaging chat apps), authentication and blockchain as they relate to mobile, IoT, Apple, network neutrality and much more.  This year, I’ve decided to stay away from mergers and acquisitions; however, I do think we’ll see many more – but maybe not quite as many as in years past.  A variety of new businesses will begin to emerge and become noteworthy in new areas such as chatbots, IoT, 5G, and AI.  But don’t rule out the existing technology leaders either.  They too are working on some new and amazing technology.  It will another fun year.