SAP Inside Tracks by City and Year using Lumira @SAPInsideTrack

Earlier this week I wrote SAP Inside Tracks by Country.  Little did I know it is far more interesting to look at it by city.  I also missed an Inside Track in my previous post: Berlin – apologies to Oliver Kohl – he also streamed Inside Track Berlin, parts of which I watched online live.

First, from the previous post, I used the “interoperability” from Discovery to Designer and learned this:

So I couldn’t execute locally in Designer, something I am so used to. 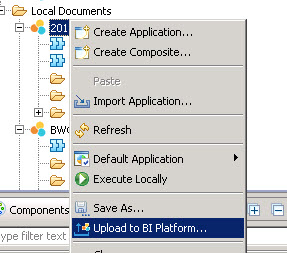 So I uploaded to the BI Platform

Because I wanted to see it on SAP BusinessObjects Mobile, I assign a mobile category on the BI Platform 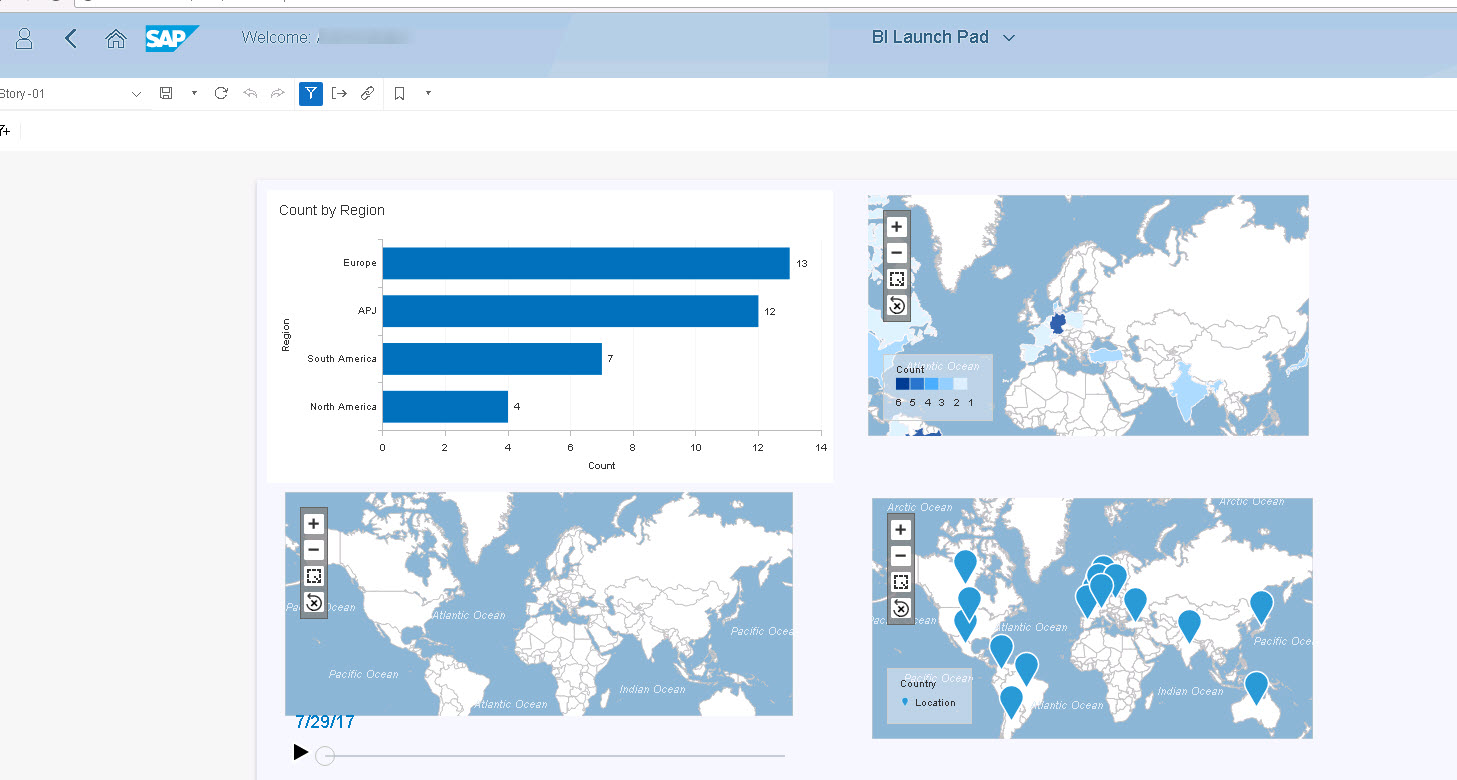 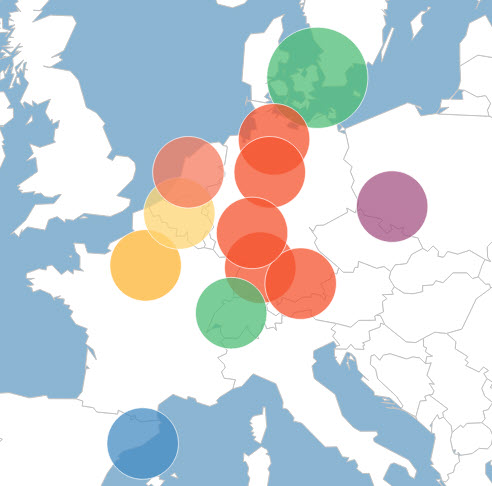 Here is how Europe looked 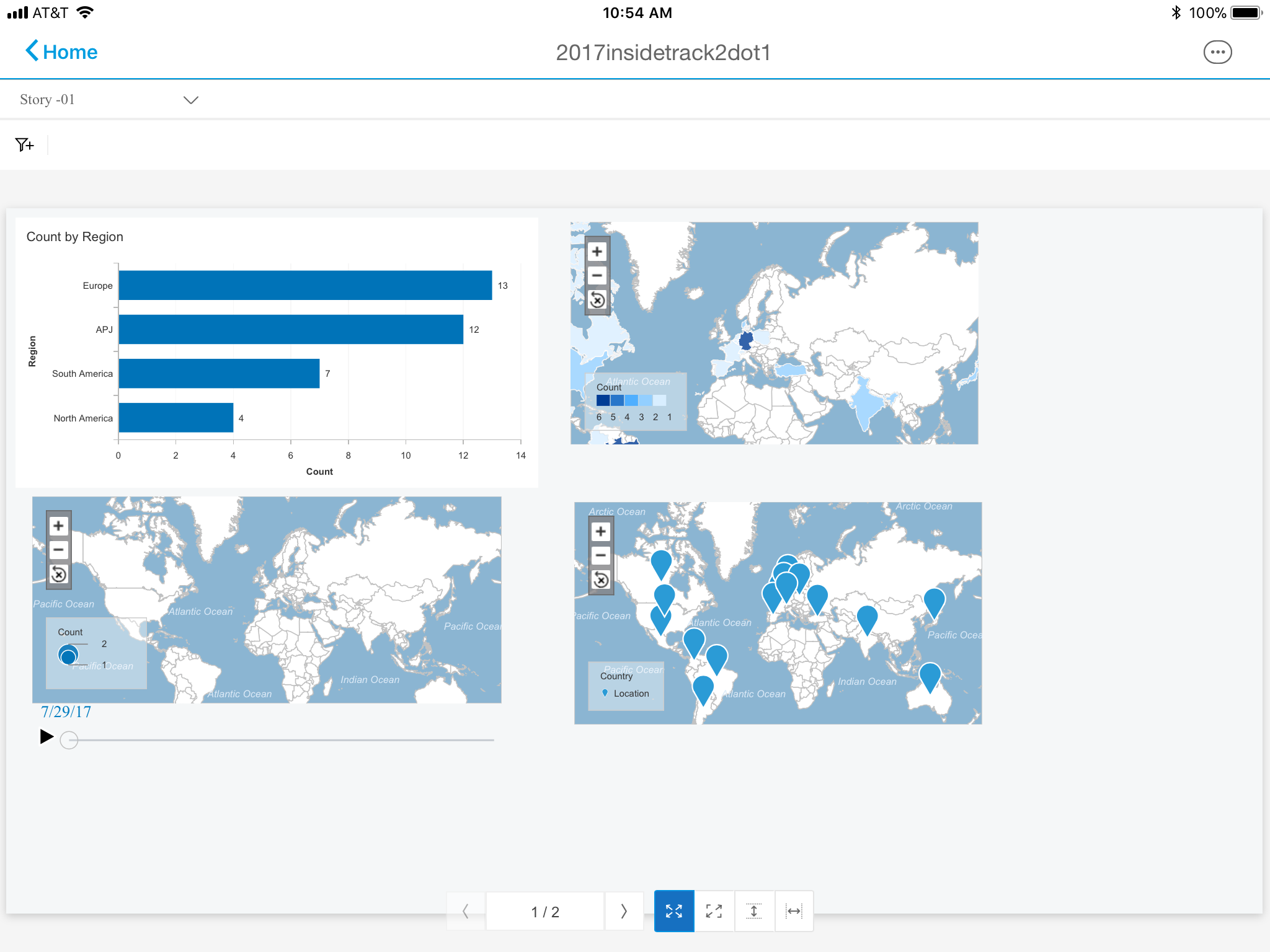 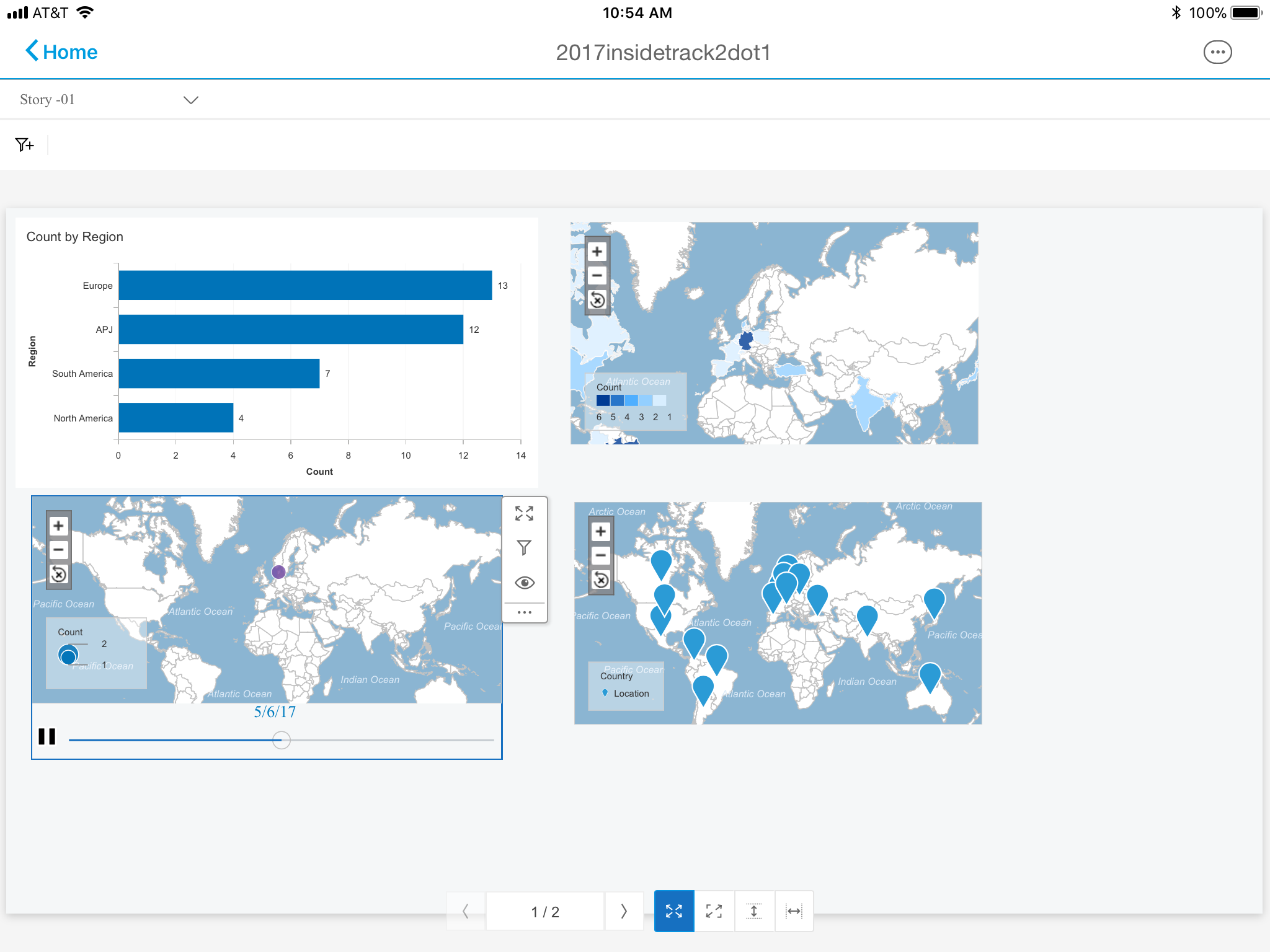 I really like the crisp views of Lumira Designer 2.1 on the SAP BusinessObjects Mobile software; thanks to Vivek Das and team.

Now I struggled to find Bogota, Colombia with Lumira but fortunately it suggested Bogota, DC

Above shows Lumira Inside Track by City (including Berlin) using 1.31.9 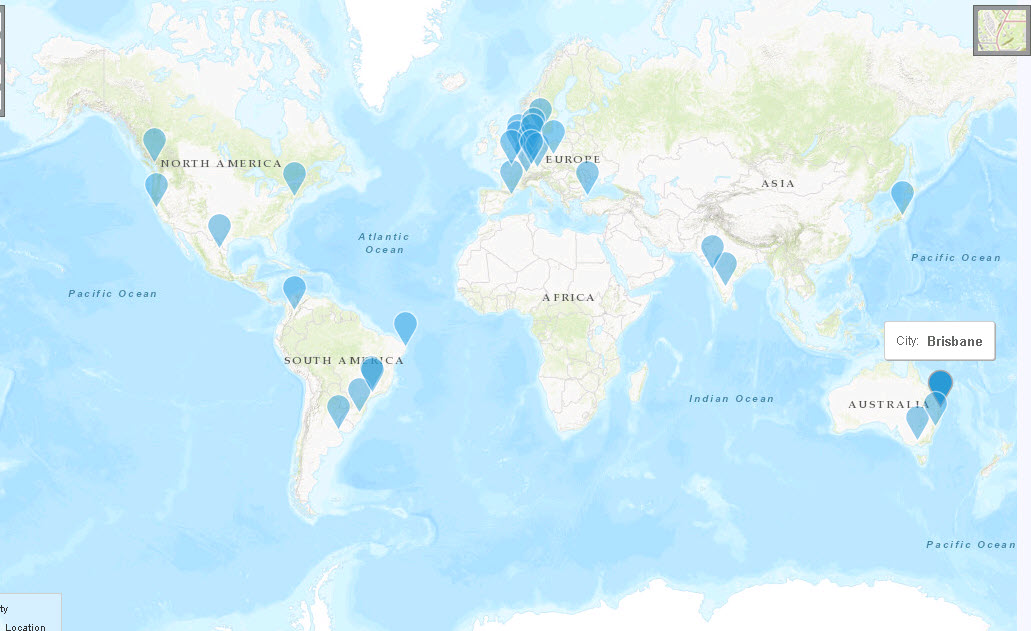 What I liked about Lumira Discovery is the marker feature on the maps.  You can see that SAP Inside Tracks in Eastern Australia are covered well. 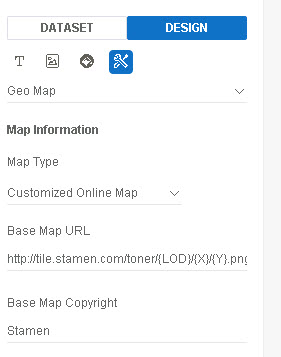 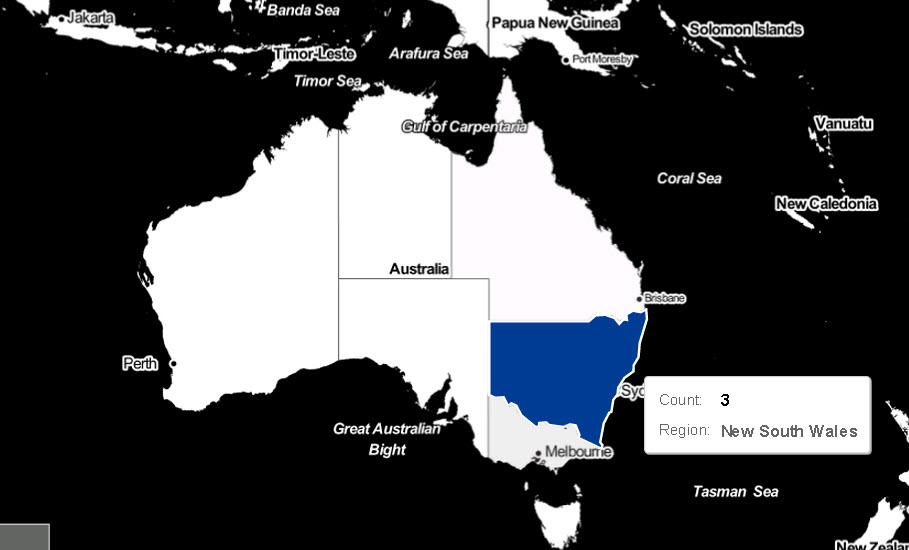 Once you create a geographic hierarchy on cities Lumira also looks at regions/sub regions.  Above is using a Stamen baseline map.  You can see that New South Wales had 3 SAP Inside Tracks last year (in Sydney) 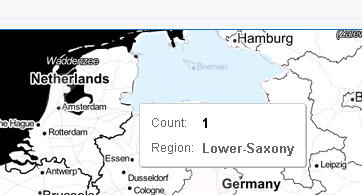 It’s a geography lesson for me, learning that Hannover is in Lower Saxony 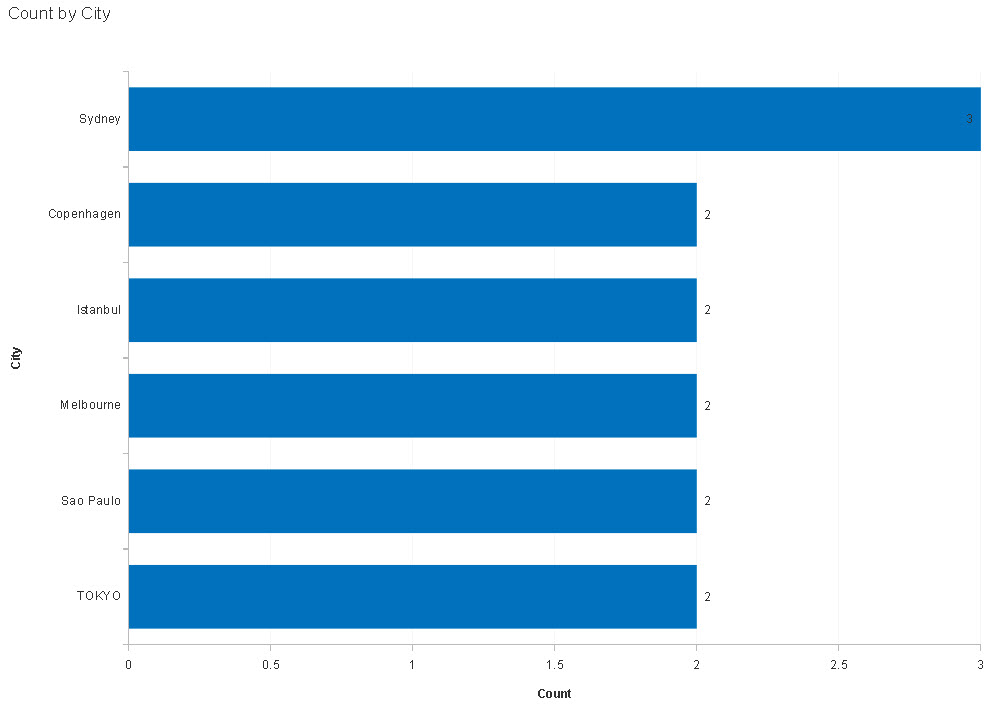 Because Lumira couldn’t find Ballerup on the map, I changed it to the closest city, Copenhagen.

How does it compare to previous years?

See this video by year: 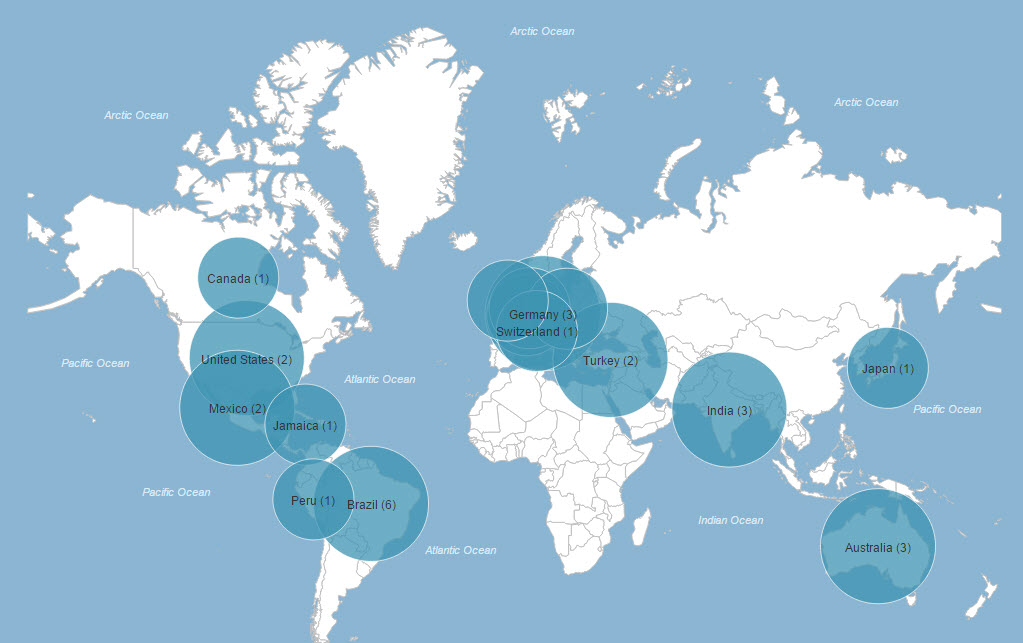 View by Country by year: 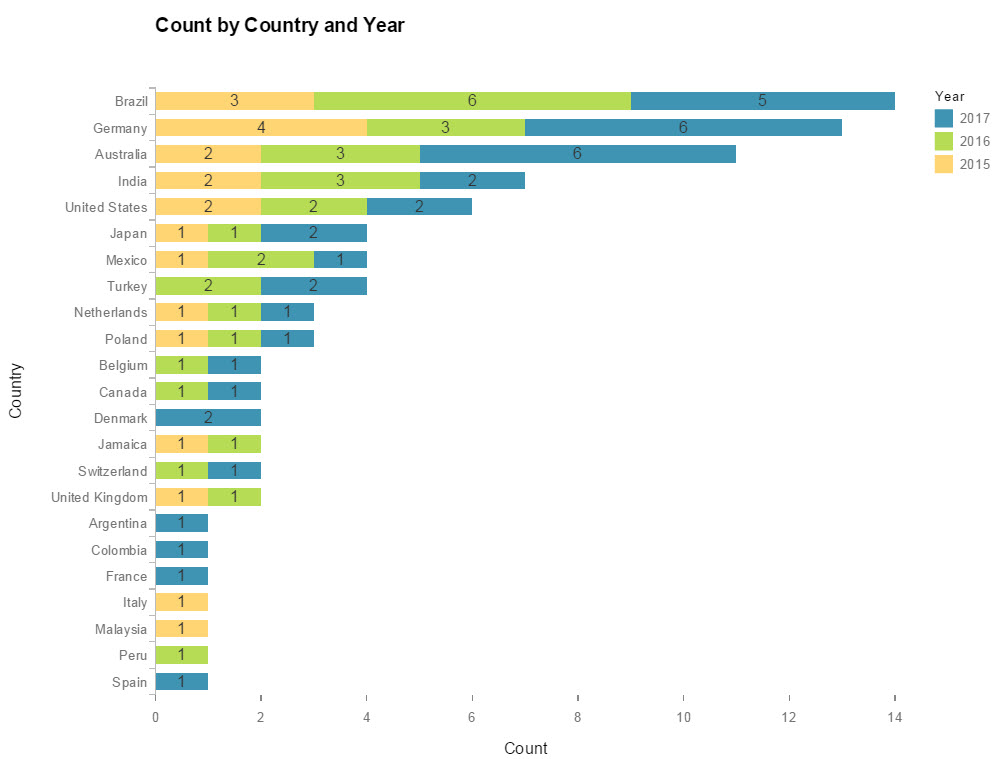 I don’t like this line graph; I find it hard to read 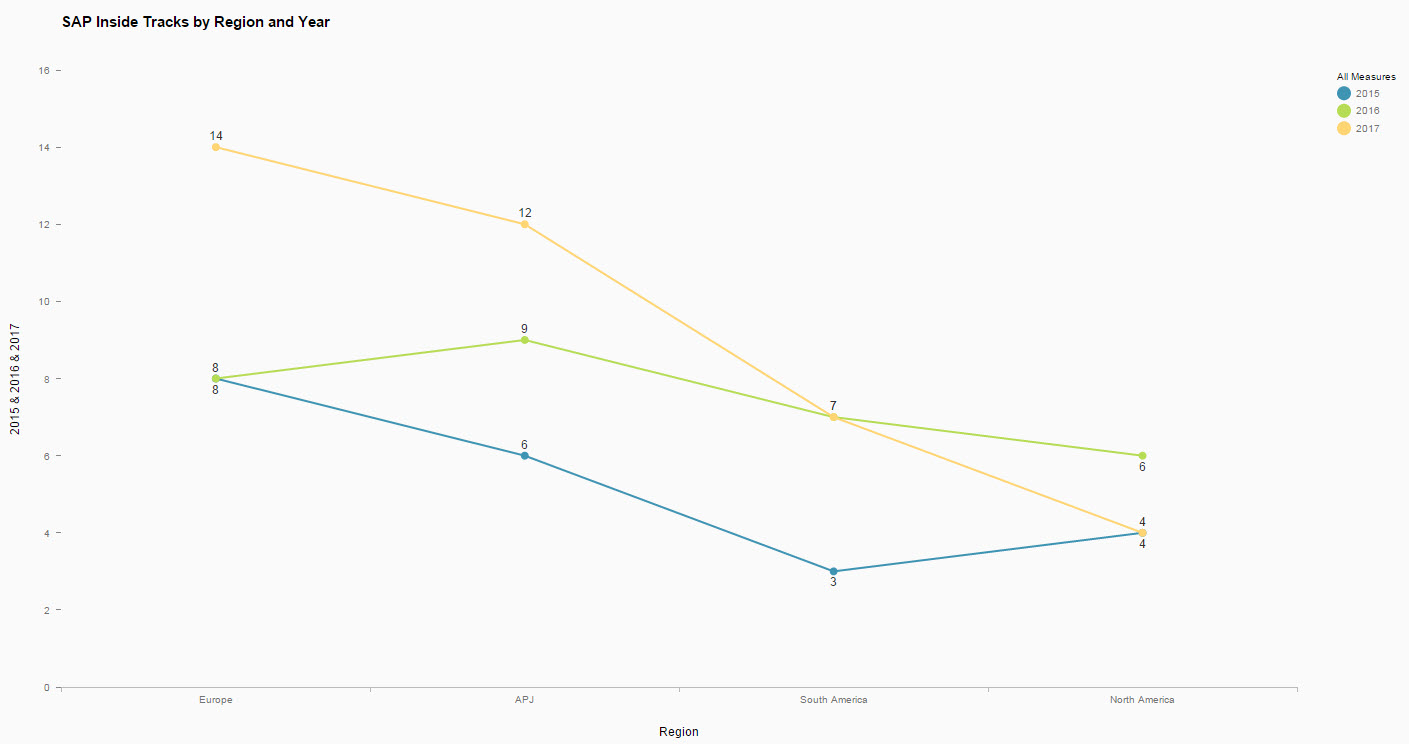 Reading Stephanie Evergreen’s visualization book, she is not a fan of area charts, but I think it depicts the data better than the line chart. 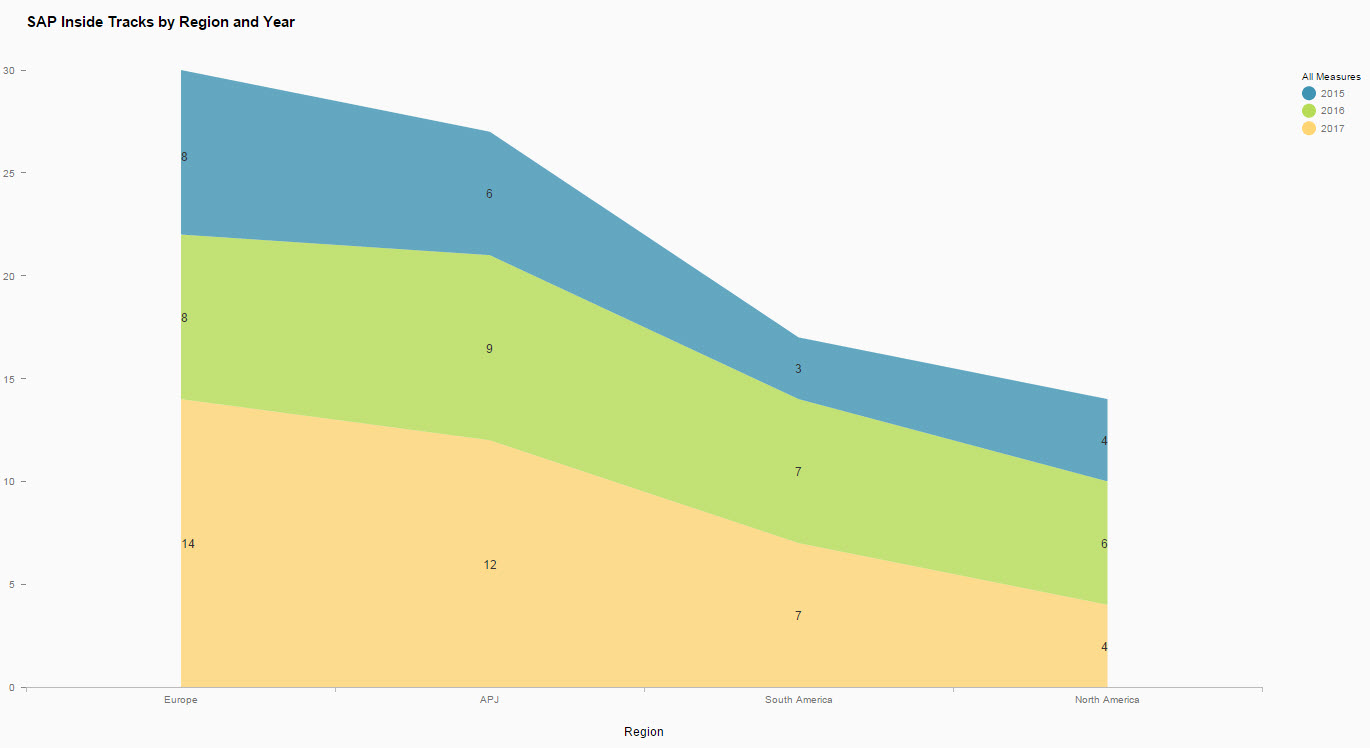 I resorted to Excel as I wanted to show the years on the X-axis: 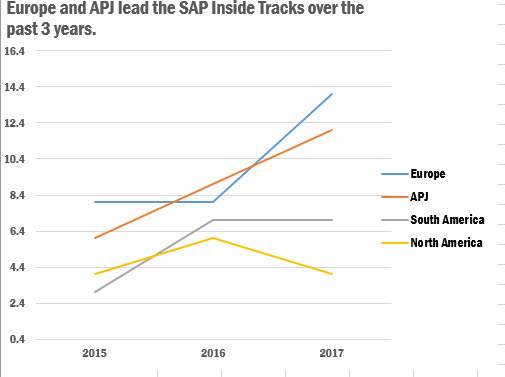 You can see trends for Europe and APJ on the upswing.  North America in 2017 didn’t have as many SAP Inside Tracks in Mexico or the Caribbean.  I still maintain that North America will be lower due to the active 38 ASUG Chapters spanning the United States and Canada.

You can learn more here: