How to maintain existing Eclipse based iFlows in SAP Web IDE?

SAP has announced that starting from Q2 2018, iFlows development using the Eclipse IDE won’t be supported anymore. Unfortunately, when we have a requirement to maintain an existing iFlow initially deployed to the CPI using Eclipse IDE, we won’t be able to do it directly by pressing an EDIT button.

Since the vast majority of CPI developers have been using the Eclipse IDE during the last years, we will be explaining in this short blog the steps to follow in order to import and maintain the old Eclipse based iFlows.

The downloaded .jar file will be used later to import the iFlow in the Web IDE.

PS : You can also download the .jar from Eclipse.

Packages are created in the Design section.

Fill the information and save. 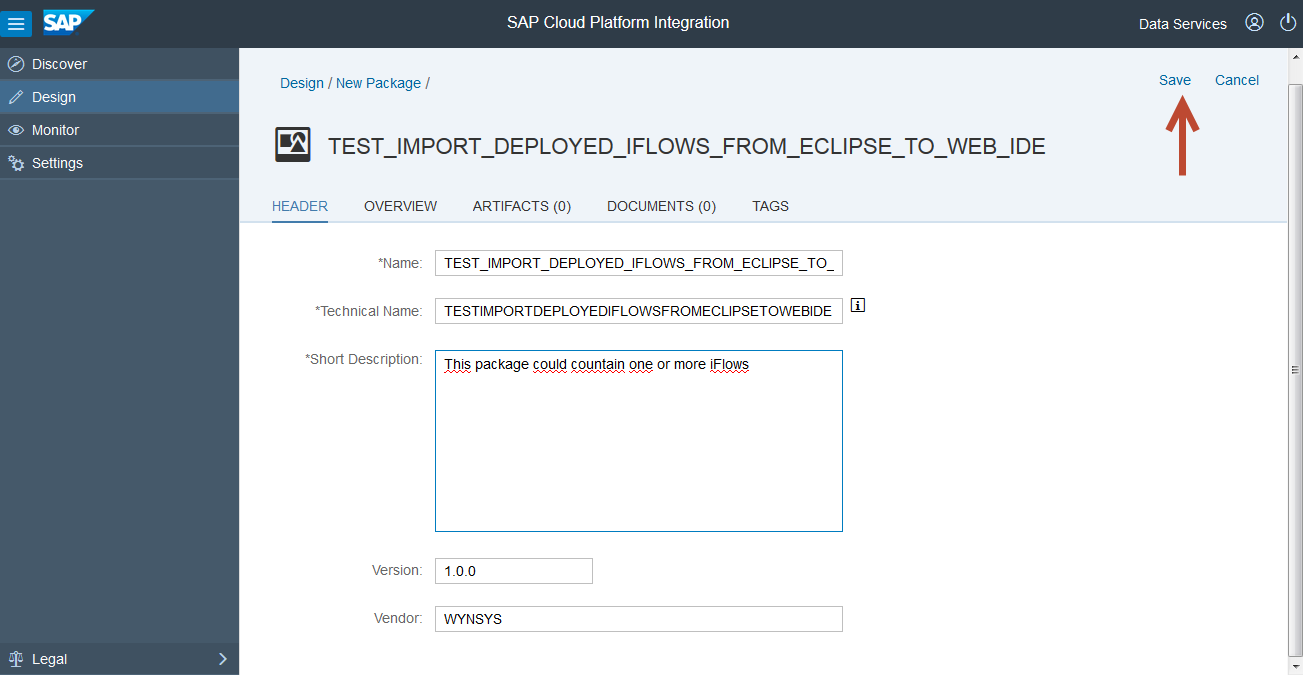 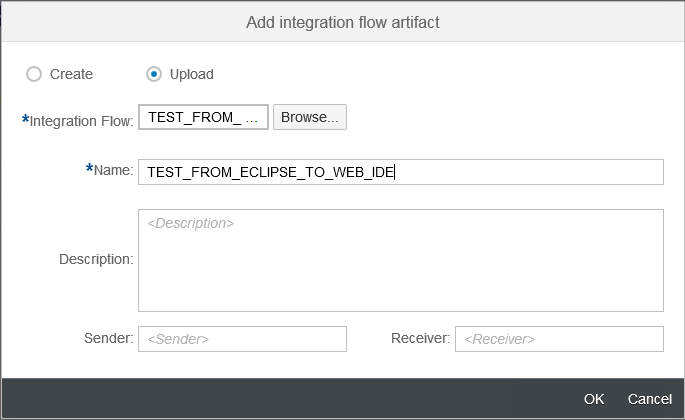 Give it a name (it could be the same name as the .jar)

PS : Importing the same .jar twice won’t be possible since CPI controls the iFlow name and ID present in the metadata. After successfully uploading the old iFlow, click on it to display it, at this level you will be able to edit it. 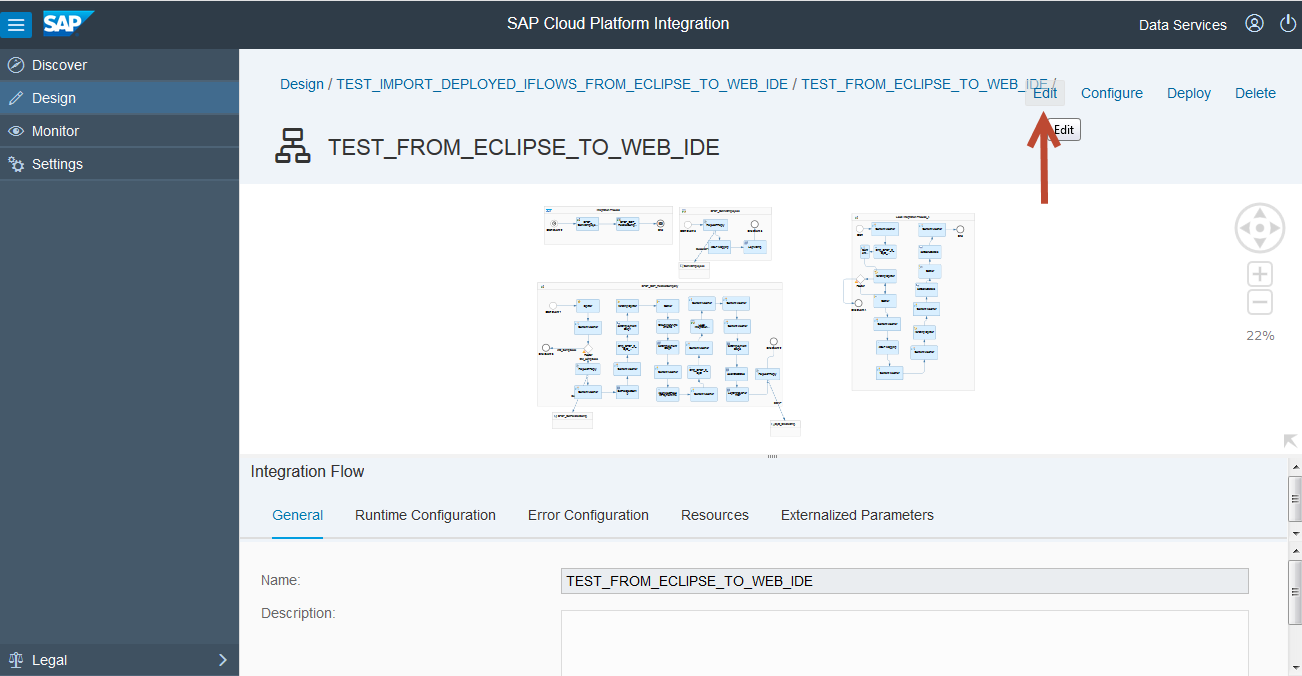 PS : You can migrate it to the new version in order to have the new features introduced by SAP. 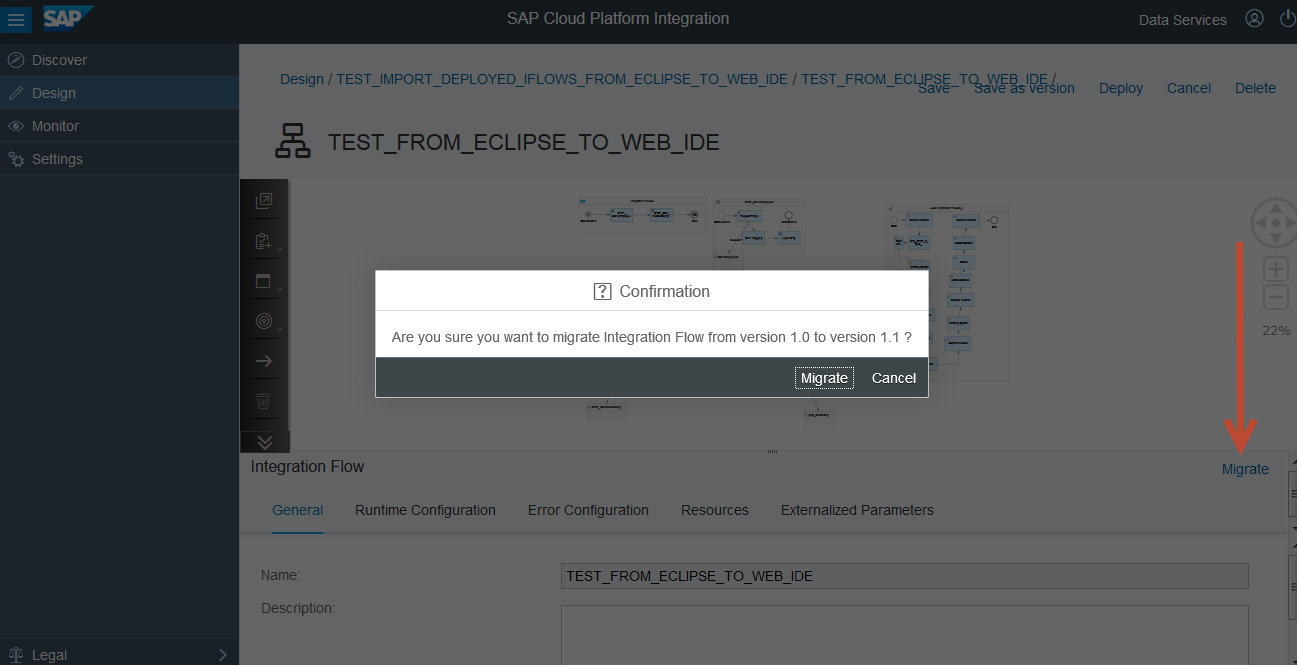 I hope this short blog will be useful for the community.

Thanks Amine for this useful blog.
Always great to see your sharings around HCI,