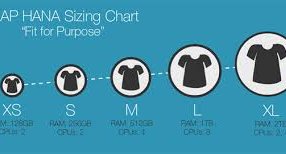 It is based on transaction volume and mostly during upgrades(such as number of sales orders, purchase orders, invoices, billing, shipping, delivery etc.)

**Note: User based sizing is recommended during implementation because the exact volume of transactions are not known and the number of users are determined on the early stages of implementation.

It is a hardware independent unit that is derived from the business processes of SD (SALES and DISTRIBUTION) standard application benchmark.

The appropriate tests are done in a customer system with customer data. The disadvantage is that conducting these tests requires considerable time and money.