SAP Leonardo: Taking Innovation To A Level No One Thought Would Be Possible 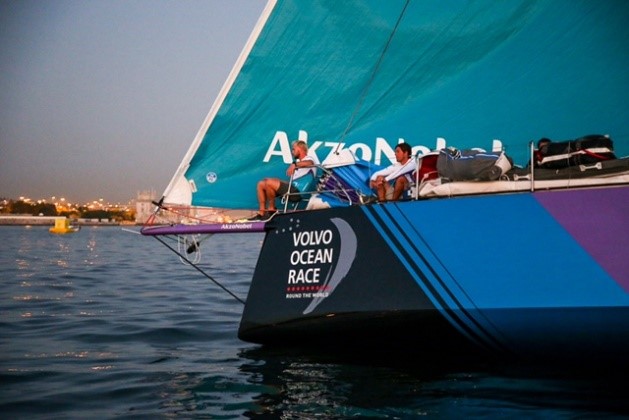 Just a couple of weeks back, in a global press release, SAP announced a new innovation project with team AkzoNobel to equip all crew members during the 2017–18 edition of the Volvo Ocean Race with biometric sensors. Within a day of the press release, the story has reached more than 82 million people around the world. But what makes this story so special? Well, just the realization that technology can make the impossible possible is stunning.

Until now sailing races were all about weather conditions and a lot of luck. But not anymore. With SAP Leonardo – SAP’s new digital innovation system that enables companies to rapidly innovate and seamlessly scale, it’s all about connecting people, processes and things with cutting-edge technology to turn insights into actions, leveraging the Internet of Things (IoT).

You might be asking yourself how does this work? It’s fairly simple. The cutting-edge technology provided by SAP Leonardo IoT Edge turns insights into actions by capturing biometric data, analyzing it and using it to optimize the crew’s performance. Find out more here if you’re interested to know more about the potential and power of intelligence at the Edge.

The above press release was published shortly before the start of SAP Leonardo Live event in Chicago, Illinois on Nov. 2nd. At the event, our teams also hosted a panel discussion on Edge covering several real-life customer examples. The crown jewel of SAP Leonardo IoT Edge offering is business semantics at the edge even with intermittent network connectivity. In the panel, we also covered SAP Leonardo IoT Bridge, which is another impressive example, leveraging the IoT to bring together business operations in a single collaborative and persona-centric work environment. “Realizing Real-Time Operation Command with SAP Leonardo IoT Bridge” article provides insights on how to bring IoT and business process data together to provide intelligent business context and real-time visibility across the value chain.

Both SAP Leonardo IoT Edge and SAP Leonardo IoT Bridge are front runner examples of how some of the most innovative companies are taking innovation to a level which no one ever thought that will be possible. This is exactly what a US-based national packaging supplier to large online and big box retailers is doing by launching an IoT initiative to capture streaming data from goods in the field to monitor uptime and drive new revenue opportunities. In a customer showcase session at the recent SAP Leonardo Live event in Chicago, the national packaging supplier shared insights about the approach utilized in developing an IoT business case as well as roadmap and ROI considerations. A recent article in the Digitalist Magazine explains why connected goods continue and will continue to soar. Learn how you can also enable transformative business value with SAP Connected Goods.

SAP Leonardo is part of SAP’s bold vision to help companies adopt transformative new technologies and redefine their business to meet the demands of the digital economy. The pace at which the digital transformation is happening is astonishing. Everything which appeared to be impossible before the rise of cutting-edge technologies appears to be so natural today. But what is next? Change is inevitable. Don’t wait for the impossible to happen, let SAP help you make it happen!