Rest your SAP REST Adapter issues with some Troubleshooting Tips

I have tried to consolidate the issues I faced during PI 3.1 to PO 7.5 upgrade and replacement of Advantco rest to SAP REST adapter.

IPAD sends Json request to PO, where json to xml conversion was done and request was sent to CRM .CRM then sends back the xml to PO where after xml to json conversion it was sent back to IPAD.  This synchronous scenario used  SAP REST sender adapter and Soap receiver (Proxy).

The issues listed in a series of Issue # 1 to 10. Each is provided with a set of solution steps and diagrams wherever possible.

Below links, inputs from Colleagues (Anupam gosh, Farooq Ahmed and Amit Gupta) and Forums were of big help indeed.

IPAD sends JSON request to SAP PO which is then sent to CRM using proxy. CRM then sends XML response back to PO where after the XML to Json conversion it is sent back to IPAD.

Error: As depicted below in incorrect json response – there was no “ iPadLoginResponseMT “          tag seen which in turn was not able to get parsed by IPAD app because of this missing tag.

Correct Response: Below was the expected json response .

Solution: Below XSL mapping help adding the MT tag in the jason and hence was placed at response message in the Operational Mapping resolved the issue.

Attachment not supported: IPAD sends Json Request with an attachment of type Attachment.jpeg  to PO which is further sent to CRM using proxy.

Json request with an attachment was not sent to CRM Applicatioon as Sender SAP REST adapter did not support attachments.

Incorrect ContentType: IPad send Json Request message with an attachment “attachment.jpg” to the CRM receiver.In PO, the content type of attachment is incorrect.

Json request with an attachment was received in CRM system of type application/json than application/xml. 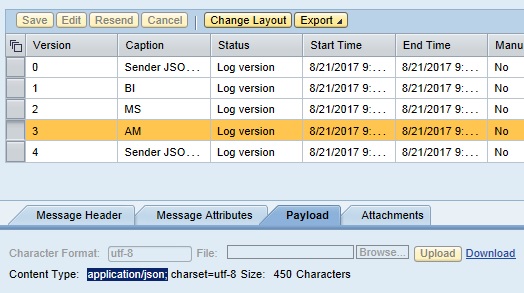 Below snapshot is from the SXMB_MONI-CRM(receiver) where apart from MainDocument, attachment is received as highlighted below than as Attachment (image/jpeg).

After a Module was placed in SAP sender REST channel before the standard SAP adapter call.

Input message format in sender SAP REST channel was maintained as below,

Missing Double quotes: In the Response Json Message, double quotes was missing in some of the field values which could not be parsed at IPAD end and resulted in error.

In the response Json the quotes were found missing because of which API failed at IPAD end while processing the response message.

1. Check whether the all the fields are declared in Conversion rules of SAP Sender REST channel or not. And Make sure to check if below points are checked while maintaining Conversion Rules.

2. Check for spaces in the field value entered in columns of table under Conversion Rules like -xml namespace/Prefix/Name/Type/ArrayType/Default Value

3. Declaration of Header field as well, for example. In the below AccountNotes and text_lines shall also be declared under conversion rules.

** Remember correctly maintaining Conversion rules in Sender channel can help you fix many issues. Make sure to check the same am sure it will resolve most of the errors.

Solution: URL corrected to what is maintained in SAP REST sender channel.

Solution :  Authorisation/password can be checked for Background RFC user for communication between Sender and PO.

Error :: After request reached CRM application and  No structure in response was seen nor the payload was recorded in CRM system.

Solution: Wrapper class namespace in SAP REST Sender channel should be kept same as what is declared in Message Type in ESR.

Solution: Changed occurrences of fields to 0..unbounded from 0..1.

Most common issue faced while dealing with SAP REST adapter was the below ones which were dealt with deploying xslt map in request and response mapping .

Attachment becomes a part of message body:When Ipad request was sent to PO , Attachment in request message was seen as part of a message body in SAP PO.

Error: Below snapshot of payload at the sender  where attachment is also part of the body . 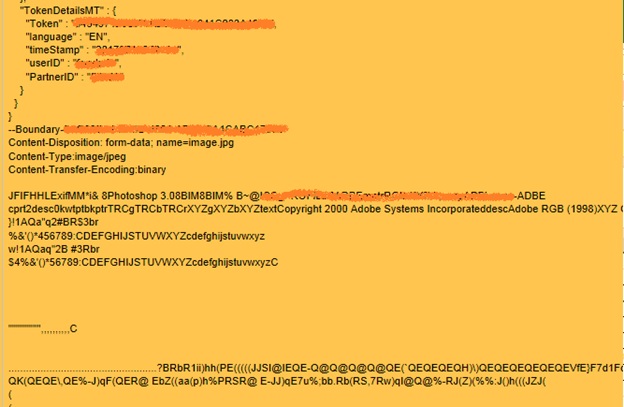 Nice blog to see all the consolidated issues with resolution...

Thanks Vasanth, yes have tried to consolidate few and solution which worked that very moment 🙂

It would definitely help someone undergoing a similar migration.

Thanks Pradyumn, yes it will be good if helps minimize some troubleshooting time:)

Thanks for the very helpful  article. we unable to see acces_token, could you please let what are values to pass for HeaderName & ValuePattern in  HTTPHeaders tab?

Sorry for viewing it late- and must have been resolved by now.

Can you update here what values help you resolved the same- Also fyi- i did not use header:)

i am doing REST adapter Synchronous (REST<-->PI<-->RFC) my scenario working fine. But am facing one issue in chrome i am getting below Waring/error, but response populating correct.

Thanks in Advance for your help.