How to only record production times?

I recently got the question how to report production times in-between for long-running production orders. In this use case you might have a production order with a long running operation / activity, let’s say for some days. However you want to report the time spent on the activity after each day or shift.

This can be achieved by maintaining the activity confirmation method as ‘Explicit’ in the Production Bill of Operation: 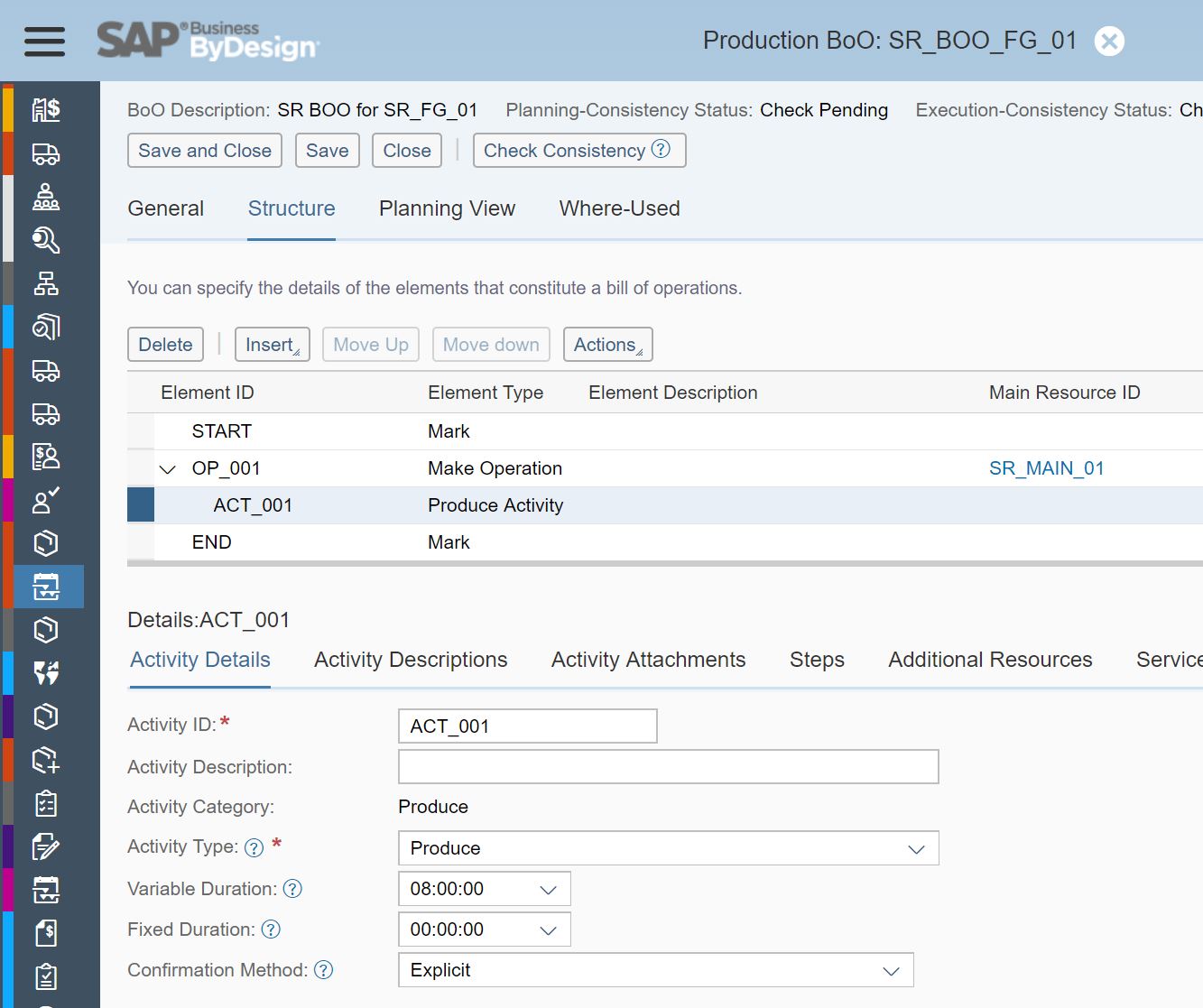 Now let’s have a look at how production confirmation works:

I have created a production order and released it.

Since the confirmation method is ‘Explicit’, the field for reporting the confirmed duration is input-enabled. As an example I entered 1 hour. 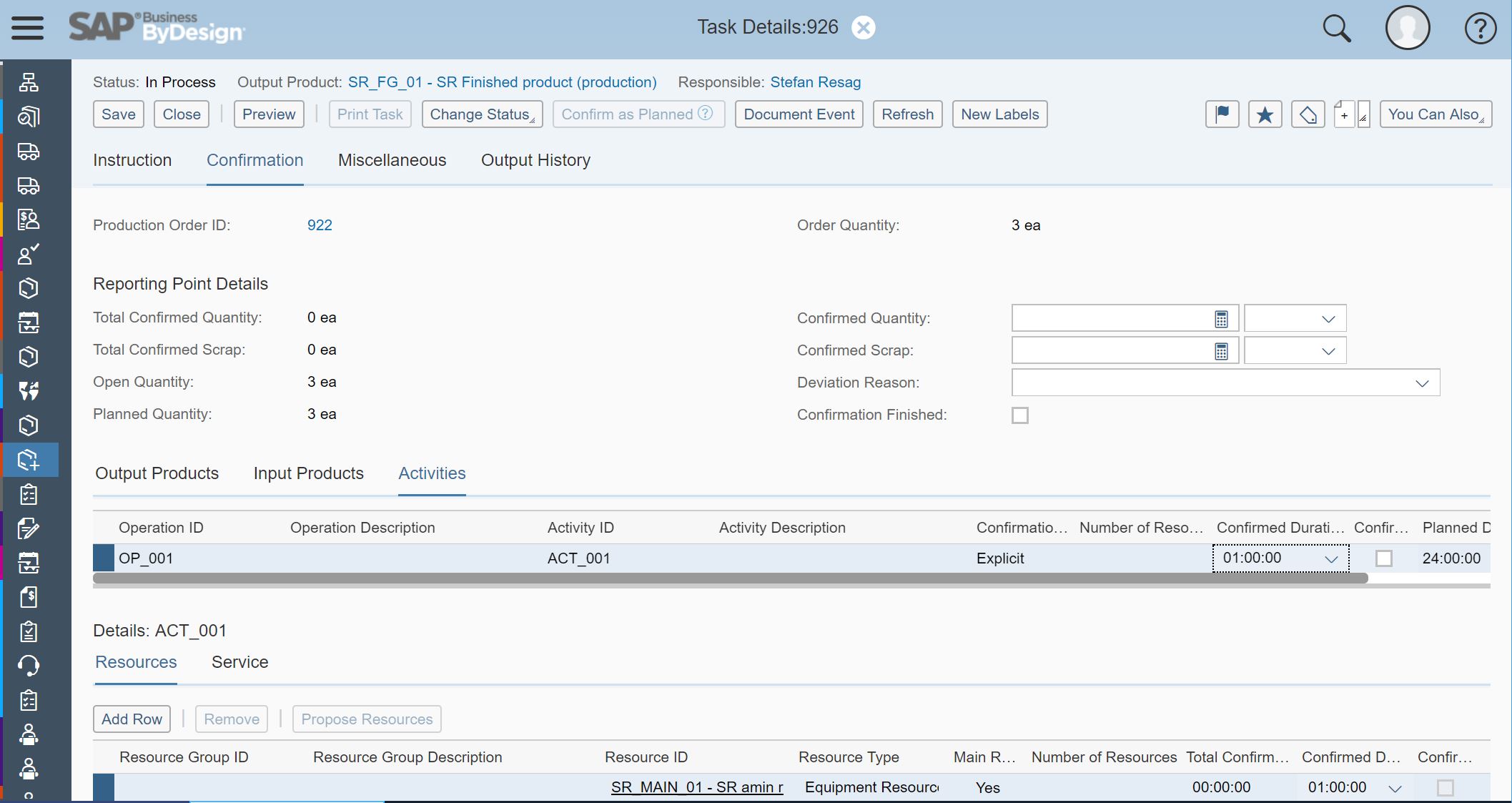 Remark: in case you used ‘Backflush’ as a confirmation method you would only be allowed to enter a duration once a ‘Confirmed Quantity’ is entered. Using the ‘Explicit’ method, this is not needed.

In the corresponding confirmation document only the times are reported.

You can repeat the confirmation of times multiple times and then the times get added to the already confirmed times: 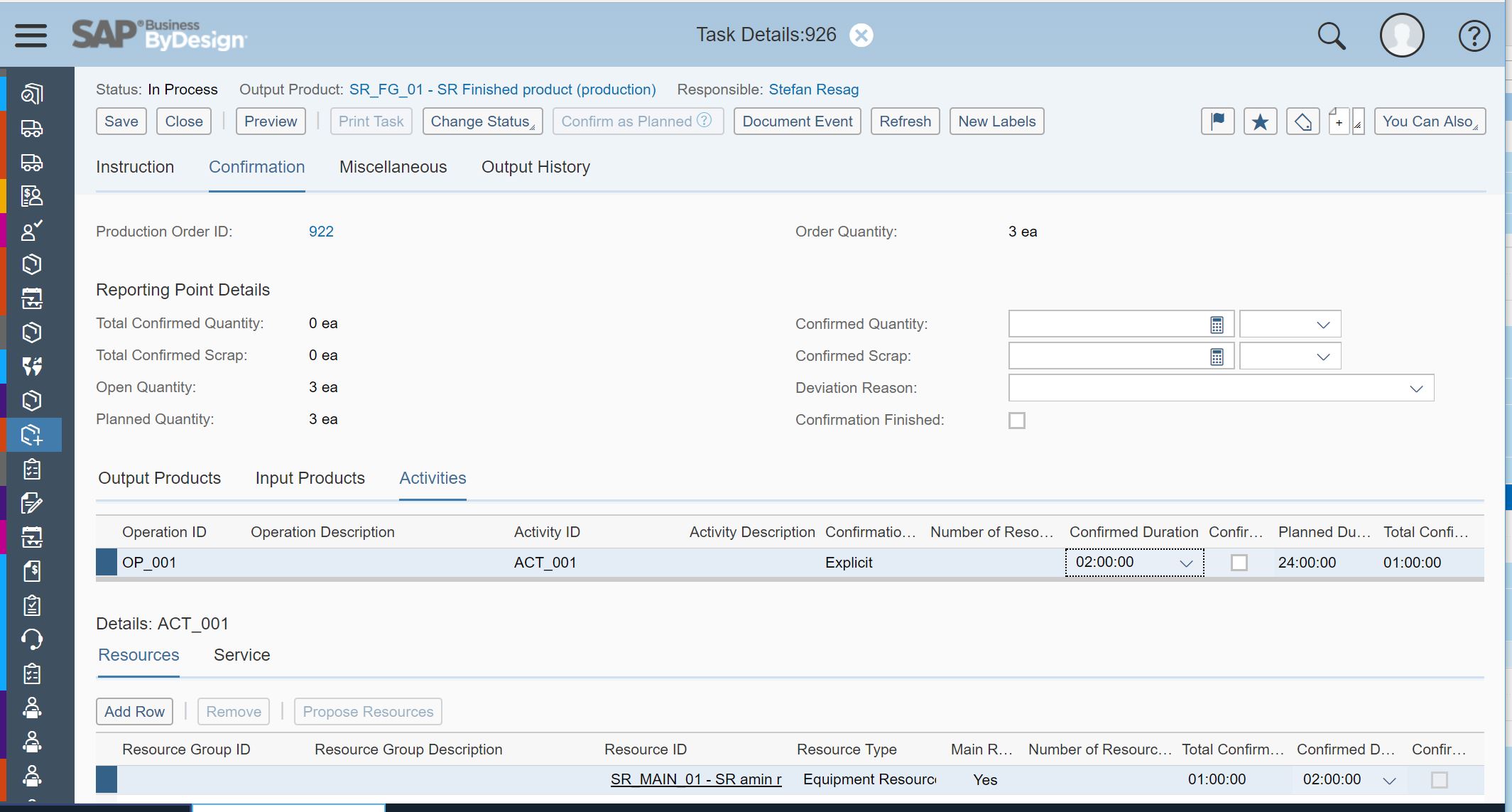 You see that previously confirmed times are listed in the total confirmed duration column.

Once you are done with production the confirmation of quantities and remaining times can be done and set to finished. 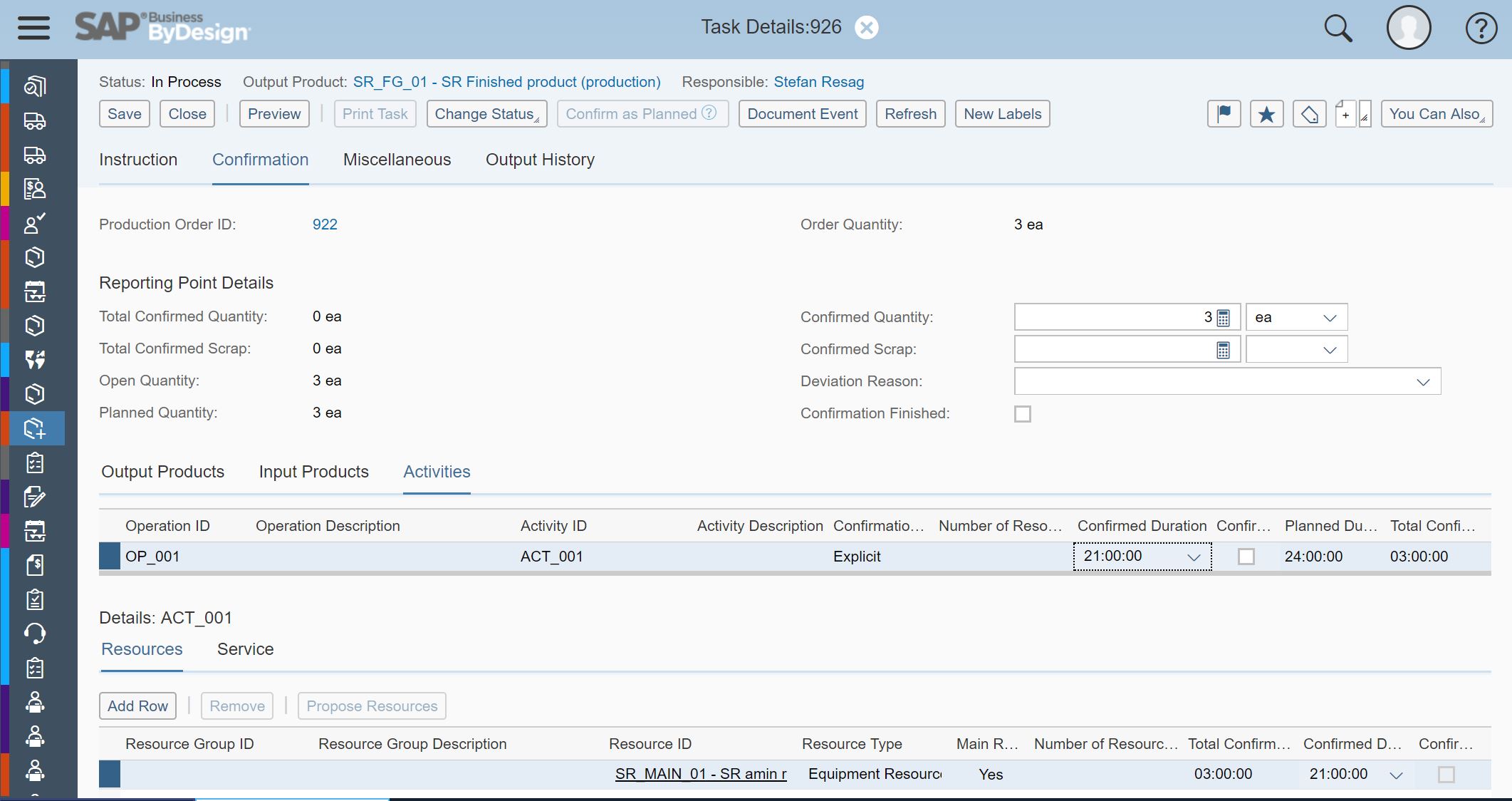