It was a big announcement at SAP TechEd Las Vegas: ABAP will be available in SAP Cloud Platform within the next years.

Looking forward to the SAP Cloud Platform, ABAP will meet there all the cool new kids on the block – Blockchain, Internet of Things, Machine Learning and Big Data. But in my opinion more significantly  it will join a highly agile development environment. Git support and one-click deployments are already standard when developing in Cloud Platform.

A Git-Support for ABAP is already there – if you do not know it already check out the openSource tool abapGit, initialized by Lars Hvam.

And there is more in the ABAP world – especially in the last years SAP introduced beside new technologies like Channels or Drafts a lot of tools and features to increase quality, robustness and efficiency of the ABAP custom code development. But it is still seems to be open which of this innovations are supported with the currently most used product – the Business Suite.

Within the huge amount of new ABAP features which were developed in the last years and presented at the TechEds, I want to point out one, which is the best test frameworks I have seen till now – well its some time ago since I switched from the Java world to the ABAP world and I may not be up-to-date, but anyway. Let me present you …

There are already test double framworks available since Version 7.40, like the ABAP Test Double Framework. But this new one – the Open SQL test double framework comes with a very powerful attitude: With only four lines of code any DDIC table or view and also CDS View can be mocked. In other languages like JAVA or Javascript this has to be done usually with extra persistence frameworks and a lot of extra effort. 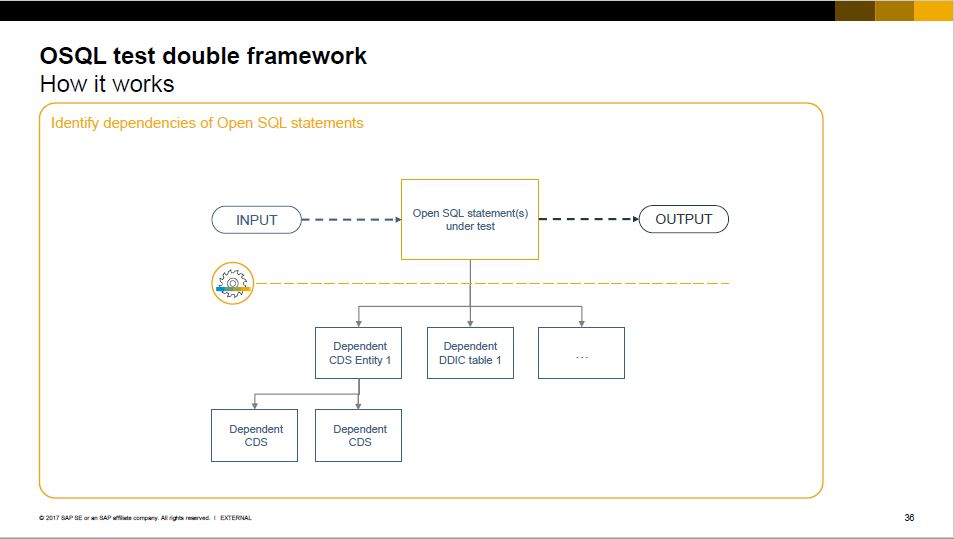 A really cool feature – and with the perfectly applied “chain saw” approach its something that can fastly increase the code robustness and contribute to a smooth conversion from Business Suite to S/4HANA … if it would be available also for a lower release than 7.52.

Innovation does not come by itself

A lot of cool new features of the last two years are currently only available for S/4HANA. Certainly for some of them the enablement for the Business Suite will be impossible, especially when they depend highly on the S/4HANA data model. For others an inventive solution could be the best way, like the Central Check System approach for ATC. And for others its in my opinion worth going the extra mile and making the feature backward compatible.

Sure, first of all, developers have to adopt the “new” features, for example Unit testing or ATC checks which are there since the early 7 versions. But done that, a lot of developers will have to stay on the Business Suite and there seem to be currently no definitiv decision which features of the last two years releases 7.51 and 7.52 will be availaible also in the Business Suite.

I think it would be an huge advantage if especially the new testing tools and enhanced testing features are downported to the  Business Suite stack. Otherwise the majority of the ABAP developers will not be able to use these cool new ABAP tires for years, due to the fact that a lot of customers are not able to start immediately with transfering all stones from the Business Suite cart to the brand new S/4HANA cart. 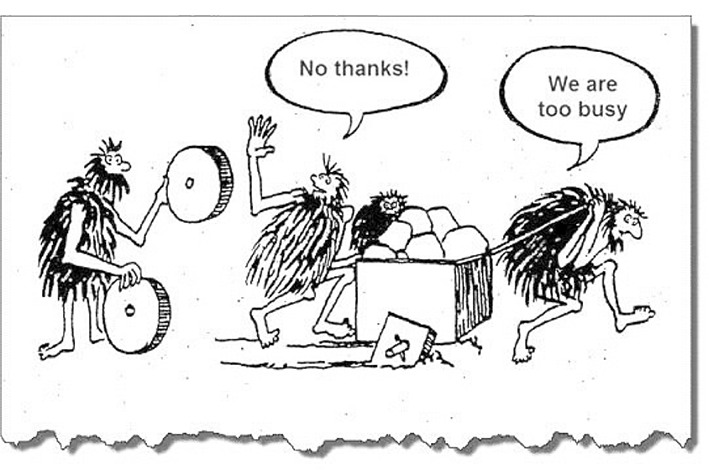 I totally understand your arguments. I know that a lot of ABAP fans saw the latest and greatest features in ABAP last week and came on Monday in their office to "optimize" their applications in their old 7.0x environment.

But I think you also figured out that the Business Suite is not our innovation platform for ABAP anymore. All our investments goes into S/4HANA and ABAP in SAP Cloud Platform. And with SAP CP I see a big chance for the ABAP developer community to use the latest ABAP technologies at an early stage.Why not build your next Fiori App already in SAP CP with the new ABAP programming model and accessing your business data via APIs in the application stack.

"Why not build your next Fiori app" - very simple: I have no need whatsoever to build a Fiori app or to do anything in the SCP, for that matter, at the moment.

SAP Business Suite customers need to run their SAP ERP right now, today. Not all of them have Fiori or even plans to implement Fiori. SAP GUI works just fine. From what I see, this will go on for years (I suspect the potential speed of adoption of S/4HANA/SCP by ECC customers might be overestimated by SAP).

Of course, I could probably run some kind of HANA server in a basement and/or pay Amazon for Cloud services and build Fiori apps in my own time. But I have other things to do outside of work, so building some apps that would not help my employer or myself in any way would be an extremely low priority.

Most ABAPers learn at work. It's much easier to learn when you see a real benefit of your knowledge and when you do it in an actual working SAP systems with real business data. I'd very much like SAP to not write off us, the ECC ABAPers, just yet.

Unfortunately, I have to admit: So true!!!

Thanks for your reply. Yes, there were some awesome sessions in Barcelona. It was onces again really worth to be there.

I have not already considered combining ABAP in the Cloud with ABAP on premise – I like the idea.