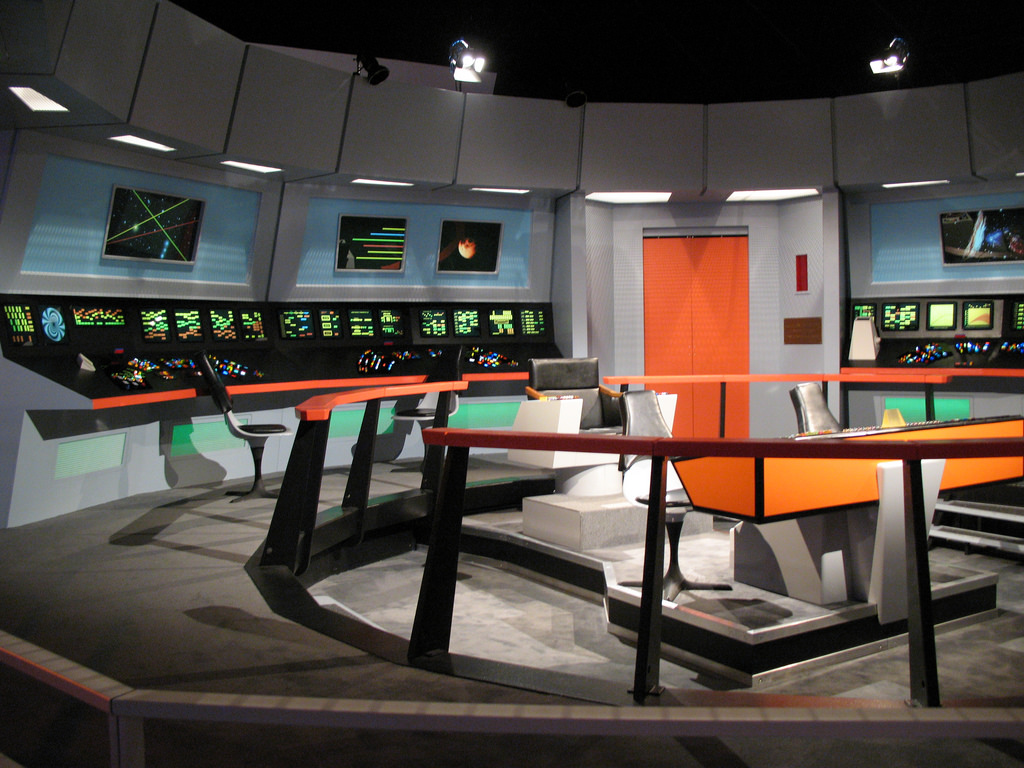 The Star Trek theme at SAP TechEd is probably my favorite way yet that SAP has chosen to reveal the latest and greats in enterprise technology. As Elvira Wallis (Captain of the IoT Smart Connected Spaceship team here at SAP Silicon Valley) already explained, SAP Leonardo IoT Bridge is one of the solutions at the heart of helping enterprises run their business operations in a connected world.

Just by way of recap, she explained how SAP Leonardo IoT Bridge leverages the Internet of Things to bring together business operations in a collaborative and persona-centric work environment. I have to admit, as an avid gamer, the first thing that came to mind with all this Star Trek talk mixed with thoughts of collaboration and personas? Star Trek: Bridge Crew.

This is the latest Star Trek game from Ubisoft, and I find it fascinating that some of its marketing could be just as much a description for SAP Leonardo IoT Bridge! Lines like, “Make strategic decisions and coordinate actions with your crew to complete the mission.” It also explains how it’s a cooperative game you play with friends. And, depending on your role in the game (e.g., captain vs. engineer), the gameplay is different. “Each player is crucial to the success of the varied missions you face and the safety of your crew and ship.”

And so it goes with SAP Leonardo IoT Bridge. Persona-centric means that, as a solution, it’s designed to bring together the best context from connecting your business with things, people, and surroundings to enable actionable insight. And this is only possible if the experience is tailored to the individual personas or roles involved.

So, for example, if your role is as a “shipper” (e.g., a transportation planner or supply chain operator), you are concerned with products being delivered in time and with the right quality standards. What you need to see might be different than what a “carrier” (fleet manager or transportation planner) might need to see, who is concerned with the logistics of shipment delivery from the “shipper” to the “consignee” (i.e., the receiver of the goods).

But that’s just one example. SAP Leonardo IoT Bridge can be used to configure any end-to-end business process scenario and is flexible in the sense that it can handle all sorts of different personas in these different scenarios, such as procurement, manufacturing, and more.

The point is that most of the roles for any of the above scenarios need different visibility and guidance in relation to making their portion of an end-to-end business process run more smoothly. And thus, much in the same way the Star Trek game plays differently based on your role, the same is true for how you engage with SAP Leonardo IoT Bridge.

One big difference, while the game Star Trek: Bridge Crew touts being designed specifically for virtual reality, we would like to assure you that SAP Leonardo IoT Bridge was designed simply for reality (ha!), that is, the reality of running your business in a hyper-connected world. It enhances existing business processes through persona-centric features like proactive alerts, a guidance and resolution support system (especially useful for reacting to unplanned events in real-time), and out-of-the-box integration with IoT data (i.e., it takes IoT data and integrates it with business process data from SAP transactional systems such as SAP ERP or the SAP Digital Core).