On 14th of November 2017, SAP Security Patch Day saw the release of 13 Security Notes. Additionally, there were 9 updates to previously released security notes.

List of security notes released on the November Patch Day: 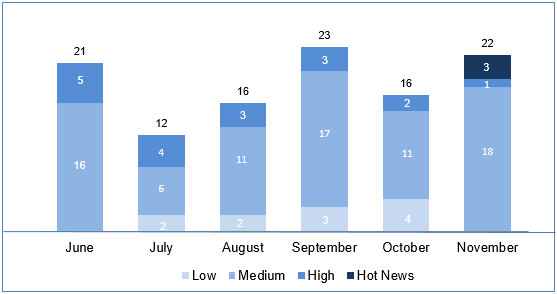 Customers who would like to take a look at all Security Notes that are published or updated after the previous Patch Day see: https://support.sap.com/securitynotes -> All Security Notes -> Filter for notes which have been published after 10th October 2017.

There are few more notes released on November Patch day, however the CVSS score for those notes are not mentioned. Could you help on that?

Kindly reach out to secure@sap.com for queries.