Data-based decisions: for Physicians and Procurement 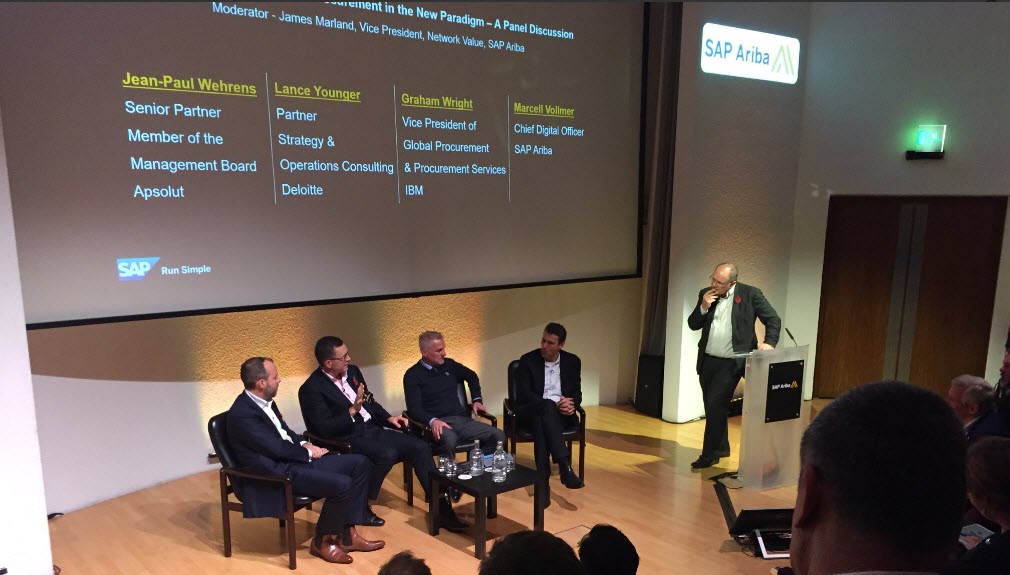 James Marland was the host at SAPAriba’s recent Future of Procurement conference at the Royal College of Physicians, London.

I gave up Biology for Greek at aged 13, so the professionals I welcomed were not Physicians, but Procurement leaders from across the UK invited by SAPAriba to discuss the Future of Procurement. We had a chance to view the museum, with the dissecting tables and scary-looking surgical instruments from the 1700s. Of course the Physicians of the time had their own supply chain challenges with dead bodies, improving their inventory turns by moving to Just-in-Time from bodysnatchers.

There is no doubt that modern medicine, with its discipline of double-blind clinical trials, is the epitome of data-backed decision making. What can Procurement leaders learn from this as we move into the Information Age?

The keynote by SAPAriba’s chief Digital Officer, Marcell Vollmer shook up the CPOs with the reminder that the choice that firms make in response to digital is to “Uber yourself before you get Kodak-ed”. He then gave examples of some key digital technologies that procurement needs to start embracing, including 3D-Printing, iOT and Blockchain.

In the panel, Jean-Paul Wehrens of Absolut responded to Vollmer’s lists of tech with the quote from Roy Amara,

I then directed the panel to move away from technical solutions to consider future governance models. Lance Younger (Deloitte) in his usual direct way, stated that “Category Management is Dead” because everything should be automated. Dissenting voices from the audience pointed out that there will always be a human face as people fundamentally trust people more than machines.

Lance added the CPOs need to operate in a “bi-modal” way: still monitoring savings opportunities with day to day activities, but at the same time work on digital innovation.

As we moved on to the thorny topic of change management, I asked Graham Wright of IBM how such a big company as IBM had made so many innovations in procurement. In fact strategic procurement was practically invented by IBM in the early 1980s. Graham pointed out that change is hardest when we try to ask our suppliers for innovations and at the same time still have that “savings mindset”. He memorably said

It’s unreasonable to spend 360 days of the year beating up a supplier on price, then 5 days asking them to help co-innovate with you.

Marcel wrapped up the panel by reminding us that digital transformation is not just digitising the technology, or the process, but in many cases you may end up digitising what you actually buy. At SAP he negotiated a contract to move away from buying printers to a pay-for-page service. Changing what was a capital expense to an operational expense. I pointed out that almost anything can be “as a service” these days. Even socks.

We wrapped up the panel by talking about the speed at which tech was being adopted, and the subsequent impact on people. Are our companies ready for data-backed decision making? At the time the Royal College was founded (1518) medieval practices were being overturned by empiricists such as Newton, Lavoisier and Harvey who started the road to what we would call modern physics, chemistry and anatomy respectively.

We too, in procurement, need to move away from gut feel and tradition and have the mindset of:

In God We Trust, all others bring data

On our way out from the session we passed through the Physicians’ Museum again and were reminded that data eventually wins out over superstition, although it can take a long time.