A Grand Vision for a Blockchain-Powered Overhaul of Money 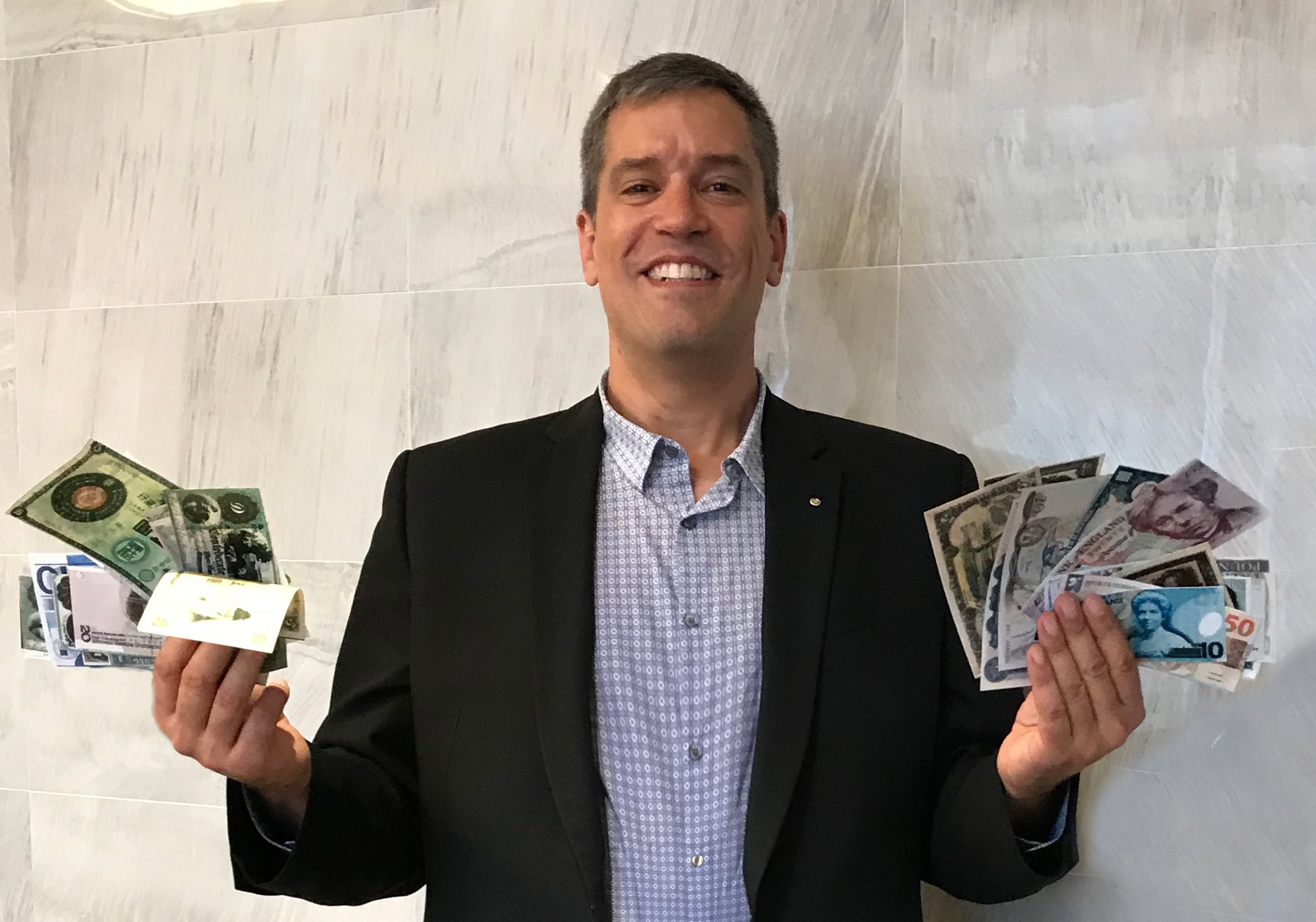 James Zdralek has devoted much of the past two years to a whitepaper – The Future is Money – that does no less than propose a new blockchain-powered monetary system running on inflation-proof, bubble-resistant digital currencies.

The SAP Labs Montreal user experience designer wants to inspire a total rethink of the global economy by introducing a system of trade he terms ‘futures-backed currency’. In a nutshell, futures-backed currency’s value would be based on agreed-upon future deliveries of products and services, rather than on a physical good like gold or on government law, as is done with fiat money.

A futures-backed currency would separate interest, inflation and economic growth from government finances and international banking, returning them to their natural functions, Zdralek believes. In his mind, this would make the financial system more stable, doing away with the inflation of traditional currencies like the Euro and the US Dollar, the fluctuating valuation of Bitcoin, and the deflationary spirals associated with hoarding.

If futures-backed currency could do all that, why aren’t we already using it? Because it’s only now – with the emergence of blockchain and smart contracts – that the technology to trade currencies in such a way, and on a large scale, is becoming possible, Zdralek explains. Blockchain, serving as a decentralized authority that holds people accountable to each other in exchanges of value, removes the need for intermediaries that ensure trust. And with smart contracts, agreements between buyers and sellers are written in code, allowing trades to self-execute across the blockchain.

Curiously, Zdralek’s background is not in economics, but instead what he admits is a “weird mix of design, psychology and accounting”. This meant that although I found The Future is Money fascinating, I had to consider the possibility his theory was naïve or wildly over-optimistic.

I needed a second opinion, and I got it from Nadine Hoffmann, a banking and financial services expert and one of SAP’s key figures in the blockchain space. “James is a brilliant mind. He is thinking about improvements to the financial system in ways that can’t be ignored. There are many questions about how cryptocurrencies and blockchain could affect security, inflation, and money management by central banks. Futures-backed currency could provide world-changing answers.”

As more endorsements rolled in, I decided it was time to sit down with Zdralek to learn more about his grand vision. This Q&A features excerpts taken from our conversation, which have been edited for brevity and clarity.

Adam Winfield: Is futures-backed currency a unique concept, or is it influenced by other theories?

James Zdralek: There are similar ideas out there, but with blockchain it could really gain momentum. There are things like prepaid cards, where you go into a coffee shop, buy a prepaid card and you are exchanging money for a future coffee. But that’s not the same as something traded on a blockchain.

Some of it came out of discussions around mesh networks – transferring data from one cellphone to another to complete a call, rather than going through a centralized control of cellphone towers. How do you track debt and credit on this type of sharing system? That question snowballed into the current whitepaper, which has been evolving for a couple of years.

AW: What’s the backstory to you writing The Future is Money?

JZ: Economists think inside the box. There are certain lines they don’t cross when they talk about economics. As a designer, I’m trained to think outside the box. This led to coming up with solutions to problems in the monetary system. Interest rate control is centralized. Inflation is very damaging to the economy, but it’s very slow and hard to see. I was interested in addressing these problems. When I heard the idea of exchanging value on an Ethereum contract, I thought, hey, you could have currency based on something of value.

JZ: In monetary systems, you need to control the supply of money. In a traditional monetary system, the government is in control. With blockchain, it’s an algorithm. If you create a currency that is futures-backed, it’s a promise that I’m going to deliver some meat in a shipping container to this port. That’s a promise I can put on the blockchain, and it scales really quickly when people are confident, the economy’s booming, and politics are stable.

AW: Are there times you’re doubting yourself when working on such ambitious theories?

JZ: All the time, because I’m not a trained economist. I’m coming at it from the outside saying, “hey I think this is wrong, I don’t think we’re doing money correct.” The whitepaper is more of a futurist look at what could possibly happen, so there are economic concepts and ideas that are rough.

It’s not an immediate future. It’s a far future – 10 years, 5 years if things really move rapidly, but I’m thinking more like 20 years because these are huge changes, in terms of countries controlling money, in terms of the technology coming along in advancement. It’s like a Jules Verne submarine thing: they didn’t exist when he wrote the book, but they came about later. It’s just putting the ideas out there so we can start talking about them and preparing.

AW: Does the regular person need to know about this? Would it affect how they use money?

JZ: For people, it would eliminate the charges in a chequing account. You keep money there because you want it secure, but you’re not getting a very good interest rate and you’re paying fees. In theory, this new monetary system could create an easier way for people to just hold onto their money and it won’t be gradually shrunk by chequing account fees and inflation.

AW: Who is the paper aimed at, and what do they do with the ideas?

JZ: Economists, monetary policy economists, the central banks, the commercial banks. I want to get this discussed in central banking circles as an option or a theory. They operate at a different level to me; I’m more creative and looking at crazy ideas. I’m asking, “what do you guys think? Can we run an experiment to test this?”

Central banks are concerned about any change that would impact things too rapidly, because rapid change is dangerous and a lot of people could get hurt. A lot of money could disappear, and things could go haywire. I don’t think central banks could make a great announcement saying “this paper is very interesting, we should move in this direction.” So, this is kind of an innovation thing that behind the scenes people will be looking at.

Having said that, I’m hoping everybody reads the paper. In usability and design we talk about our user group. If you have used money, then you’re my user. If you’ve got a problem with money, we should talk about it.

Read The Future is Money (published by the Ideation Centre at SAP Canada) in full here, and watch James and his colleague Hugo Levasseur discuss blockchain, cryptocurrencies and the future of money.