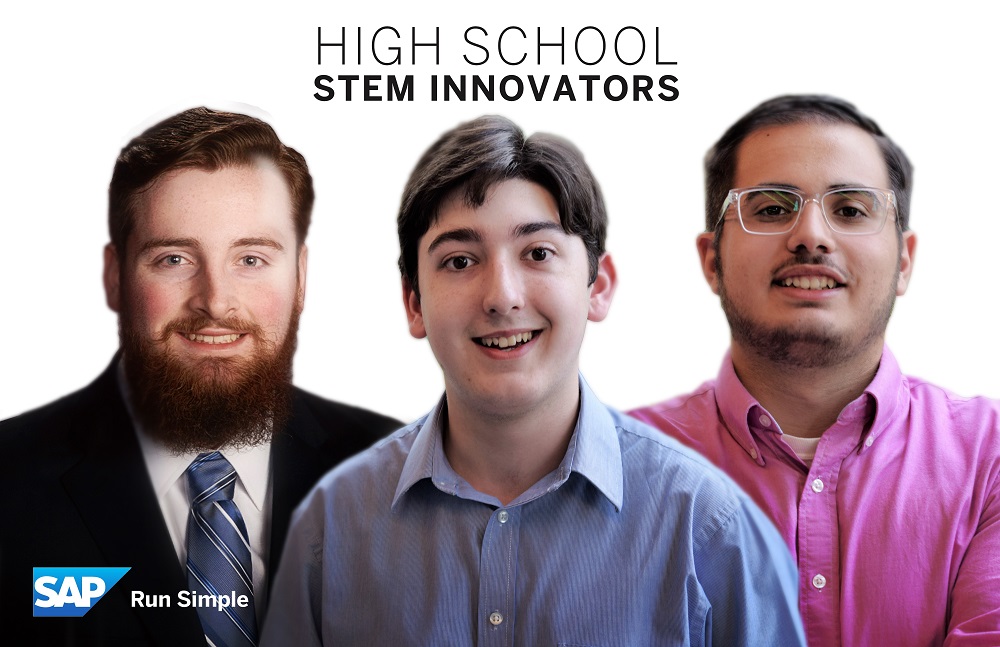 There is no question that the future will run on technology. Innovations in machine learning, big data, automation, and the Internet of Things have led to the seamless integration of information systems and high-tech devices into our daily lives, making us more productive and interconnected than ever before. But innovation doesn’t happen on its own; it’s driven by people, which is why a future career in the tech industry looks bright.

According to a 2017 study released by the U.S. Bureau of Labor Statistics, STEM-related occupations remain some of the fastest growing job sectors in the U.S. economy at 10% growth over the past decade — that’s double the national average. As the industry expands and the demand for skilled workers increases, tech companies will look more to recent university graduates for new talent to join the ranks of industry leaders, innovators, and entrepreneurs.

Unfortunately, the U.S. talent pool can’t keep up with the demand. Recent findings by the PEW Research Center show that U.S. students underperform in math and science when compared to their international peers. Experts at the National Science Foundation link this phenomenon to feelings of apathy or anxiety in students who find the subjects intimidating. The President’s Council of Advisors on Science and Technology found that many students who express interest in STEM fields early in life fail to study these subjects in college and beyond due to a lack of guidance and encouragement along the way.­

That’s where SAP’s Center of Expertise is looking to help.

In an effort to inspire students with a passion for STEM, the Center of Expertise (CoE) in North America is launching an initiative to guide students along their path towards rewarding careers in computer science and information technology. The CoE is offering select high school students the opportunity to learn about SAP technologies through hands-on activities and receive educational and career advice from tech professionals on the forefront of digital innovation. Two such initiatives include the CoE Summer Orientation (learn more here) and the High School STEM Innovators pilot program.

High School STEM Innovators is a new eight-week program that provides an in-depth introduction to SAP’s latest products and services along with a full range of training opportunities in technical, functional, and business skills. Students invited to the program are chosen from the previous year’s CoE Summer Orientation cohort for demonstrating exceptional skill, ingenuity, and leadership.

Jacob Smith, now a freshman studying computer science and mathematics at Penn State’s Schreyer Honors College, was among the first cohort to participate in both summer programs. Jacob first heard about SAP during his junior year in high school. His guidance counselor, who had recently heard of SAP’S new summer program, was sure that Jacob would be the perfect candidate for the program and encouraged him to apply. Jacob submitted his application in hopes that he’d spend one week of his summer at SAP’s North America headquarters in Newtown Square. After a competitive application process, Jacob was one of 12 students invited to attend the 2016 Summer Orientation and, based on his merit, was one of three who was invited back the following year for the High School STEM Innovators program based.

Jacob says that his interest in computer programing dates back to middle school when he acquired his first computer, though he insists that he’s been enthralled by technology since a very early age. “I was first hooked on learning about technology when I started playing video games at three years old,” Jacob recalls. “It was Legend of Zelda: The Wind Waker, and the idea that such an experience could be created with just a small game console and a TV is what initially fascinated me about computers.”

Over the years, what began as an interest in computers grew into a passion. Jacob taught himself how to program his own video games, and he took every opportunity available in high school to further cultivate his passion, moving beyond rudimentary programming classes to more complex AP-level computer science courses.

At the end of the day, he attributes his success to his education and the opportunities afforded to him during the summer programs at SAP. He says that his time working in the CoE was a great experience that allowed him to collaborate with professionals and his peers while exploring his personal interests, sharpening his skills, and learning about emerging technologies.

Nicholas Zouras is a senior at Downingtown STEM Academy and is the second of three students to complete the STEM Innovators program this summer. Nicholas aspires to study computer science and business, hoping one day to make a positive contribution to society through technological innovation, just like his icon Elon Musk.

Nicholas first realized his passion for STEM in part from building robots and developing software as a teen member of the FIRST Robotics Competition, an international high school robotics competition. But it was his hobby building radio controlled airplanes and drones as a kid that first piqued his interest in the field of robotics. Now he is particularly interested in pursuing a career in automation and IoT in the field of robotics because he sees robotics as “the key to solving innumerable real-world problems.”

During his summers at SAP, Nicholas explored his interests by developing projects using SAP Leonardo technologies. He applied the knowledge he’s gained from his own experiences to design and help guide his peers in the Summer Orientation through similar projects. He even passed an SAPTEC certification during the program.

Nicholas appreciates the opportunity to learn about professionalism, business, and cutting-edge technologies under the direction of SAP experts. In his own words, he says, “After completing SAP’s STEM Innovators program, I have a much better understanding not only of technical concepts but also of my own goals. I look forward to pursuing a degree in computer science and spending future summers with SAP.”

Braiden Psiuk is a junior at Technical College High School in Pickering, PA. He’s interested in electronics and circuitry. He creates his own circuit boards and uses the Internet of things to connect his projects to a network, which is why he is interested in the IoT. He says that he first realized his passion for STEM during his freshman year in high school after participating in a regional STEM competition through his school and has been hooked ever since.

Braiden heard about the Summer Orientation while job shadowing his next-door neighbor who currently works at SAP. He enjoyed his time at SAP so much that he wanted to find a way to return to learn more about its cloud platform, machine learning, and IoT technologies. That’s when he learned about the program. Braiden describes the Summer Orientation as the best experiences of his life and swears that, although he’s only just beginning his junior year at TCHS, he hopes to find a place at SAP in the future.

In conjunction with SAP’s STAR Program and the CoE’s Early Talent Bootcamp for recent college graduates, the CoE’s High School STEM Innovators program establishes long-term mentorships between SAP experts and students that will continue through college, helping to jumpstart promising careers in tech.

SAP understands that students like Jacob, Nicholas, and Braiden are the future of SAP. That’s why the Global Center of Expertise invests in early talent, equipping the students of today with the necessary skills to become the industry leaders of tomorrow.

There are less young women graduating college with no-STEM degrees.    I wonder if we can start influencing them - earlier - if we can help them decide on STEM.

Love this in High School!

I absolutely agree! The Global CoE feels strongly about attracting the most talented individuals from diverse backgrounds, regardless of race, gender, or cultural practices, and enabling them to contribute their skills to the future of digital innovation at SAP. Just this past summer, we hosted four young women during the Summer Orientation, two of which have been invited back to participate in the High School STEM Innovators program next summer.

We’re excited about the future of these initiatives and believe they will attract and empower young women interested in jumpstarting their education and careers in tech!

It was a lot of fun working with these students.
What a cool program!

Investing in young talent makes a big difference. I think these young people are privileged to experience new learning challenges, beyond technology.

It would be very good to have a program with this being applied in underdeveloped countries in favor of young people and adolescents who, because of their daily challenges, live an education with many restrictions, including access to state-of-the-art technologies.

Who knows, this program may inspire other companies to do the same.

I think this will be a very cool program in the future and it needs to be developed and invested in it.

Definitely a nice Initiative and I really like the fact that it appeared.