GRC Tuesdays: Are You Just Nibbling at GRC Technology?

Last week, Bill McDermott told us at SAP that it wasn’t enough to sell our software to customers—we need to show them how to “consume” it. I couldn’t agree more. Governance, risk, and compliance (GRC) technology is undergoing such a tectonic shift that its full impact isn’t yet obvious even to those of us on the SAP GRC team, much less to our GRC customers, GRC professionals at large, or the standard setters and regulators who drive practices.

Friday evening, I was recounting this message to a new neighbour who asked me, “Why did he say “consume” the software? Isn’t that the same as eating, or at least nibbling? What does he mean?” (Yes, wine was being served at this event, but I took the question seriously.)

This raises an interesting point and it deserves an answer. I think our GRC customers (and GRC professionals in general) are merely nibbling at the available solutions—not consuming them. There is a reason for this.

What Does Technology Consumption Mean?

In the world of innovation and technology in particular, I think consumption has a deeper meaning than simply adopting technology. To me, consuming technology means:

Traditionally, professionals are expected to assume a primary obligation to serve some important aspect of public interest and the general good of society.

To do so, we need to constantly evolve in response to a changing environment. We must “consume” change, not nibble at it. I’d argue that in the GRC world, that is not happening. 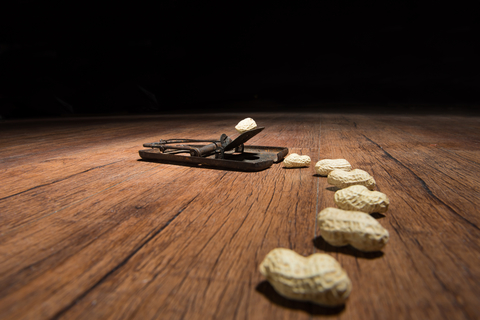 If You Build it, They Will Come – And Buy?

I once believed in the better mousetrap philosophy of marketing: that customers would eagerly adopt new and better technology. They just had to be told it existed and where to get it.

But of course, that’s not the way it works.

For example, even though penicillin was discovered in 1928, medical texts continued into the 1940s to recommend bloodletting for infections. Since antiquity, practitioners had recommended it for such a wide variety of conditions that the habit was entrenched.

It’s not enough to spread the message about technology and innovation. It’s necessary to explain how, why, where, and when it should be used and incorporated into professional practice.

Watch for part two of this blog next week to learn the difference between consuming and nibbling technology (and what you can do about it).

Read the other GRC Tuesday blogs  for more information on all things GRC.