Happy 5th Birthday, IT Conference on SAP Technologies – My Recap of 2017

Time passes and this year we could celebrate the fifth birthday of the IT conference on SAP Technologies in Cluj (Romania). The event started in 2012 as a small event to engage with the local SAP community in Cluj with three talks on a Friday evening in autumn. Since this small start, the little baby has grown and this year was the current highlight. As in the years before we did a two-day event where the first day was dedicated to lectures and a marketplace like session while the second day was reserved for a SAP CodeJam picking up a key-topic of the day before. But one has to state that the size of the event definitely reached a new level this year.

Usually, we started the first day in the afternoon and presented three 1h talks in sequence with breaks in between. Well, this year was a bit different or in other words, we put the format on steroids: we started the conference on Friday morning and had three parallel tracks of 30min to 1h talks. Summing all talks up we had 12 high-quality talks on that day. In contrast to the other years, we had the honour to have some super-stars of the SAP community in the line-up. The day was kicked-off by a keynote of Thomas Fiedler  on “SAP S/4 HANA – The future is bright for your custom code” 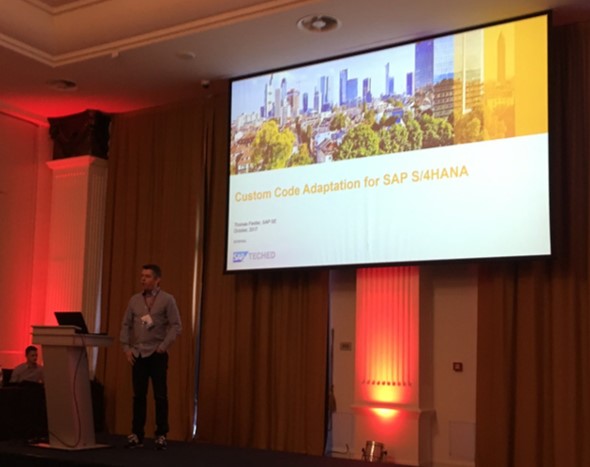 Several talks of local as well as non-local speakers followed that intro (like the new SAP Mentor Former Member … I guess you know the topic of his talks ?). The topics were quite diverse and ranged from hot SAP topics like UI5, ABAPgit and SAP hybris to not so SAPish topic like AWS Lamda.  For more information about the agenda, you can look at the agenda: http://itconferencesap.com/agenda 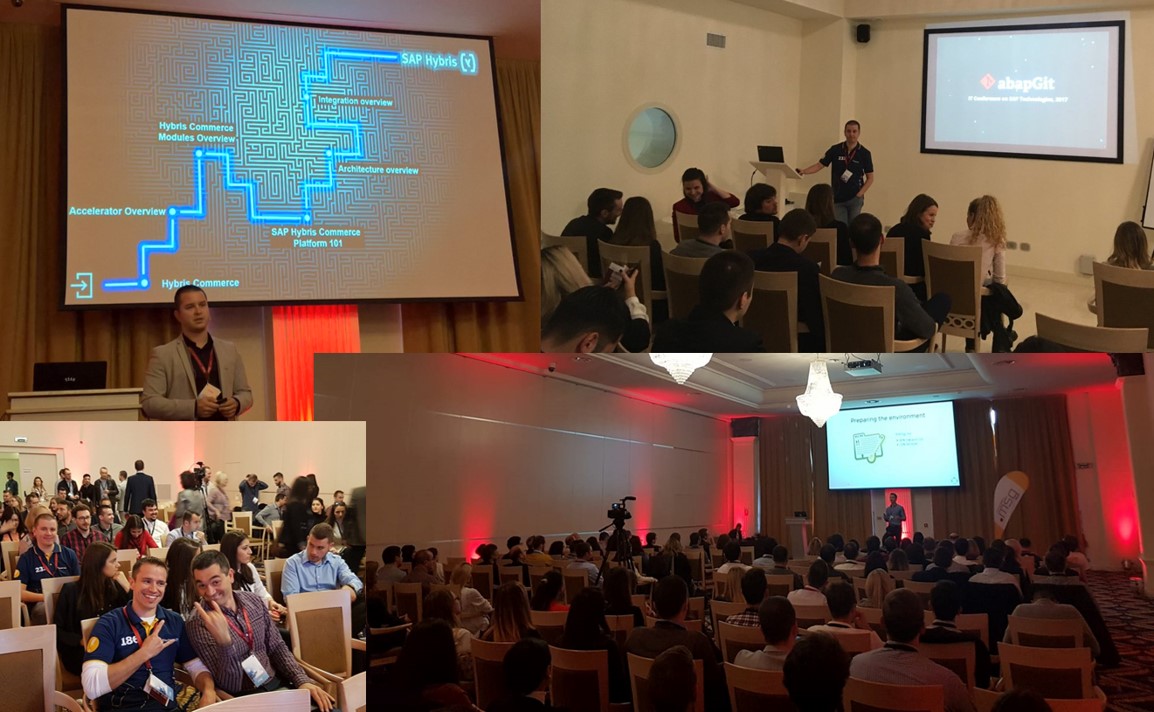 In the middle of the day after lunch, we had a so-called digital lounge which was a marketplace-like session where several demo projects were presented especially in the field of the S/4HANA programming model (want to know more what happened here – see here: http://itconferencesap.com/digital-lounge).

12 talks and a 1.5h marketplace session might be enough you say – ha not this year my friend: we finished the day with a podium discussion on different technology and business topics. 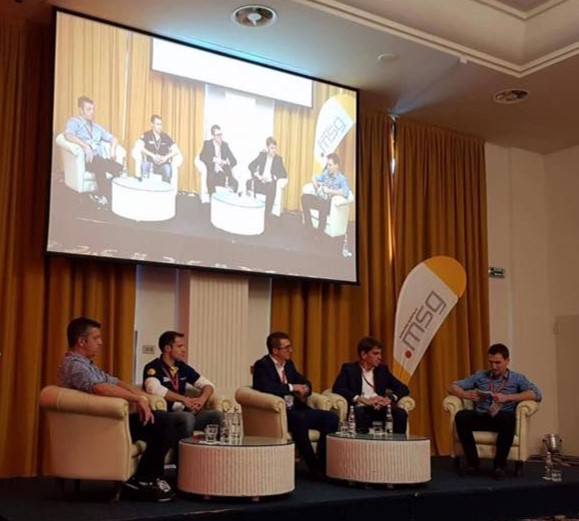 After that, we finally called it a day relaxing with a glass of wine

Day 2-The Day of the SAP CodeJam Cluj

In the last years, we always had a hands-on after the day of the conference, where people could make their hands dirty picking up a key topic of the day before. This year especially due to the fact that Ingo Braeuninger and Thomas Fiedler joined the event, we had the honour to host a SAP CodeJam on ADT, ABAP on HANA and SAP Fiori.

What should one say about an SAP CodeJam as there have been that many blogs before without repeating the advantages for the SAP developer community over and over again? To make a long story short – the SAP CodeJam was as expected a great choice for the second day and people had the chance to play around with the above-mentioned topics. And even the experts came across some new stuff, or did you already know the class runner? 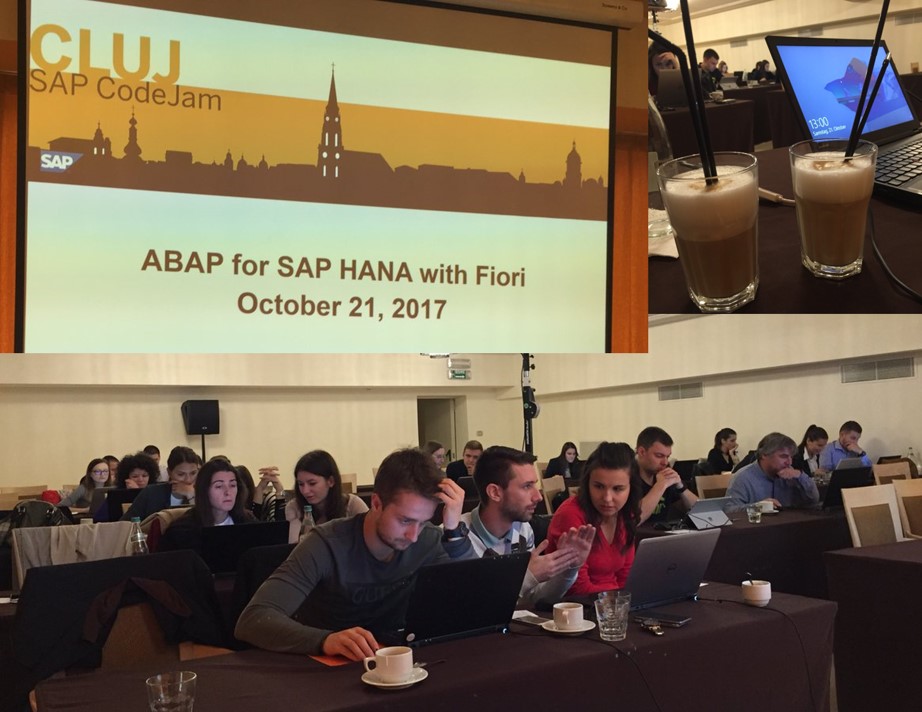 However, there is one thing that I would like to mention here that was not that great and I am looking at you dear no-shows: The number of seats is limited (to make it really clear: the registration is closed, when all seats are taken and there is no waiting list) – in case you decide not to show up it would be a great idea to cancel your reservation (yes believe me that functionality exists in Eventbrite) so that the seat gets available again for motivated members of our community that want to show up. That’s what is called fair-play and makes sense, right?

For sure there will be the 6th edition in 2018 and we already discussed some new things that might come next year … curious? Watch out for news about the IT Conference on SAP Technologies … and also for the keyword “SAP Inside Track Cluj”.

Last but not least: Many thanks to all folks who made this event a success again!

But this is the time now and this is to solve now.. So looking forward to maybe get some more details on th ekeynote about custom code... did I mention it already?

I can hear you, you are interested in the custom code thing, right 😉

We will share the talks (and there will also be recordings of the session on youtube) - I will update the blog as soon as there is something to share on this. In the meantime, perhaps a look at the hashtag #itconsapcj might help you, as I caught some on the key messages there