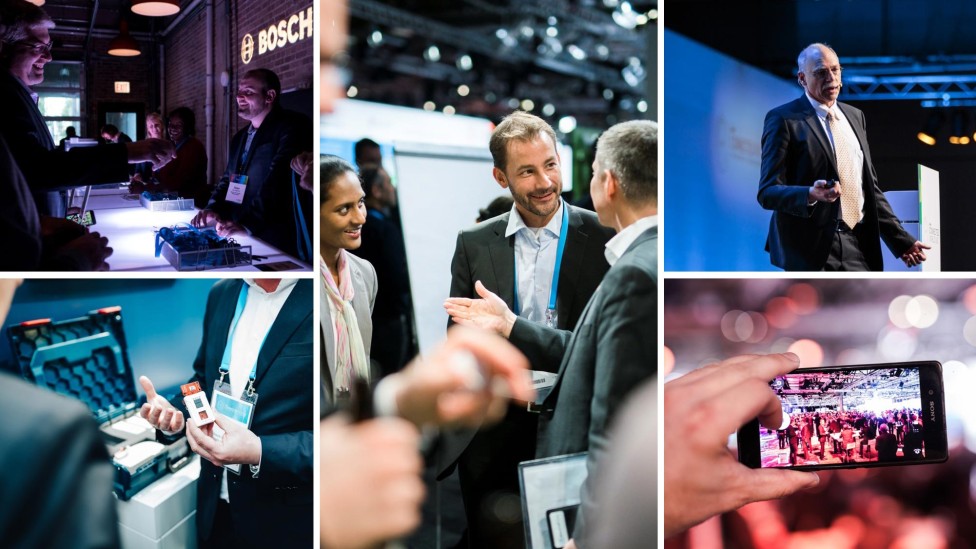 I had the opportunity to participate in the Bosch IoT Strategy Summit held at the Chicago Connectory on October 12th.

As a global leader in manufacturing, Bosch has a rich history of innovation. It began in 1886 as a startup in a backyard garage when Robert Bosch developed the first automotive spark coil. Over the following 130 years, the company has grown into a leader in industrial manufacturing, admired worldwide for its quality products ranging from automotive components and power tools, to home appliances and sophisticated sensor technology. Now, as the digital era transforms our world and billions of devices are linked to the Internet, Bosch is developing its strengths in manufacturing to bring new capabilities to a connected world. Connectory is a wordplay on connecting and factory, two central elements of Bosch’s vision for IoT. It is a space where connections happen — among devices, people, and ecosystems — as the world prepares for the future and digital transformation.

The Bosch IoT Strategy Summit gathered thought leaders in the Internet of Things (IoT) space, who shared what it takes to bring IoT into organizations, how to master its complexity and why you can’t do IoT alone. Featuring thought leadership presentations, executive panels and an IoT live exhibition, the event was filled with learning, collaborating, networking, entertainment, and big ideas. Industry leaders and IoT professionals will discussed the progression and value potential of the IoT. The executive presenters and attendees took a deep look at IoT trends and implementations in Industrial, Automotive, Enterprise and Smart City verticals.

The detailed agenda is included here:

The IoT has tremendous potential in various industries and is a critical component of an overall digital transformation. The welcome address provided an overview of Bosch’s footprint in the IoT and presented successful IoT applications across key business sectors.

McKinsey’s new survey suggests that the enterprise Internet of Things is poised for strong growth. This keynote presented key findings of McKinsey’s latest market analysis and the trends companies need to understand to drive tangible impact through IoT.

Panelists discussed the impact of IoT on teams, required roles and how companies can attract and retain IoT talent.

Executive Panel: The challenges of delivering in IoT

Implementing an IoT connectivity strategy is a highly complex undertaking, particularly in larger organizations. Panelists spoke to challenges organizations need to overcome to realize the full potential of IoT implementations.

Driving ROI in the near- and long-term

Driving attractive ROI is as important today as it’s ever been. But making tradeoffs is increasingly difficult in a digital world where you’re often forced to invest against an uncertain future.

The importance of the ecosystem

As organizations seek to drive business in the digital world, building a balanced business ecosystem becomes even more crucial. How to define and re-evaluate an ecosystem plan.

The sustainability of our cities is one of the key challenges with Mobility being a critical factor. This discussion covered how social, economic, and technological trends will further disrupt the urban environment and how businesses and cities can work together to develop sustainable mobility solutions.

The Role of Global Standards in the Rise of Smart Cities

According to the United Nations, more than half of the world’s population now lives in towns and cities, and by 2030 this number will swell to about 5 billion. This urbanization will require cities to transform themselves at an unprecedented pace. And technology will play a crucial role as cities attempt to reinvent themselves. A recent Wall Street Journal insert entitled, “The Rise of the Smart City”, started with this thought, “Cities have a way to go before they can be called geniuses. But they’re getting smart pretty fast.” And they need help from industry alliances and technology-driving consortia to produce solutions to become smarter and to overcome the challenges of housing, transport, health and safety for their citizens.

Digitization is the call of the hour. Business are under tremendous pressure to embrace IOT, resulting in ubiquitous connectivity – be it assets, systems, or processes. Security is an afterthought. Edge Computing is becoming critical for protecting IOT deployments. With a special focus on Industrial sectors, the presenter talked about securing mission critical systems through an edge intelligence platform.

While the IoT market and number of connected devices expands significantly, there is an increasingly urgent need for network security. We learned about how blockchain can prevent IoT hacking and help manage IoT devices in various industries.

It was a very informative event and a great networking opportunity as we continue to build our participation in the Chicago Innovation Ecosystem and expand our SAP Next-Gen network.