2 4 2,728
In C4C it is very convenient to define rule to dynamically control the visibility of a given UI element. This blog mainly focus on how it works under the hood, so that in case you meet with trouble or this dynamical mechanism does not work as you expected, you can first do trouble shooting by yourself before creating a ticket to SAP.
For example I would like to enable FEED facet only in condition that the Priority equals to Immediate,

and hide it for any other values:

In order to achieve this we can simply create one rule as below, which means the visibility of FEED tab equals to the value of expression “Root.PriorityCode” evaluated in the runtime.

When this rule is created, the rule detail is stored as a CalculationRule node in UI Model. You can find it by appending “debugMode=true” in url.

Inside this CalculationRule node there is one important sub node:

With this setting, whenever I change the UI element bound to Model field /Root/PriorityCode, the rule will be evaluated.

The rule represented in String format will be parsed into an Abstract Syntax Tree:

And its value gets evaluated:

The visibility of FEED tab is called as “DynamicProperty” as it is controlled dynamically by the rule I specified. The update on the visibility property will lead to the fact that the whole NavigationBar with internal ID ___bar1 is added to the invalidation queue whose elements will be invalidated later. 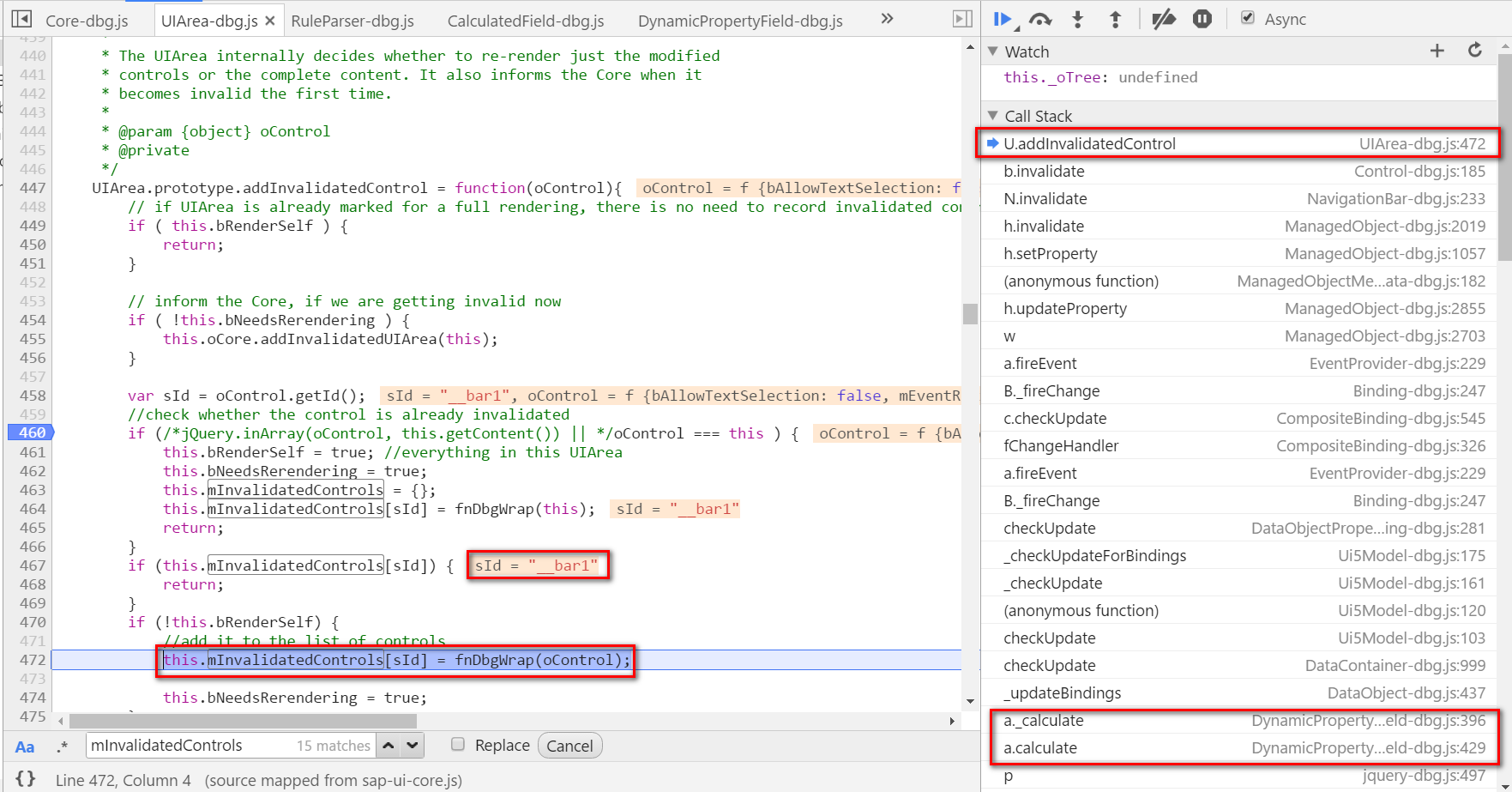 The Navigation bar gets rerendered in line 623: 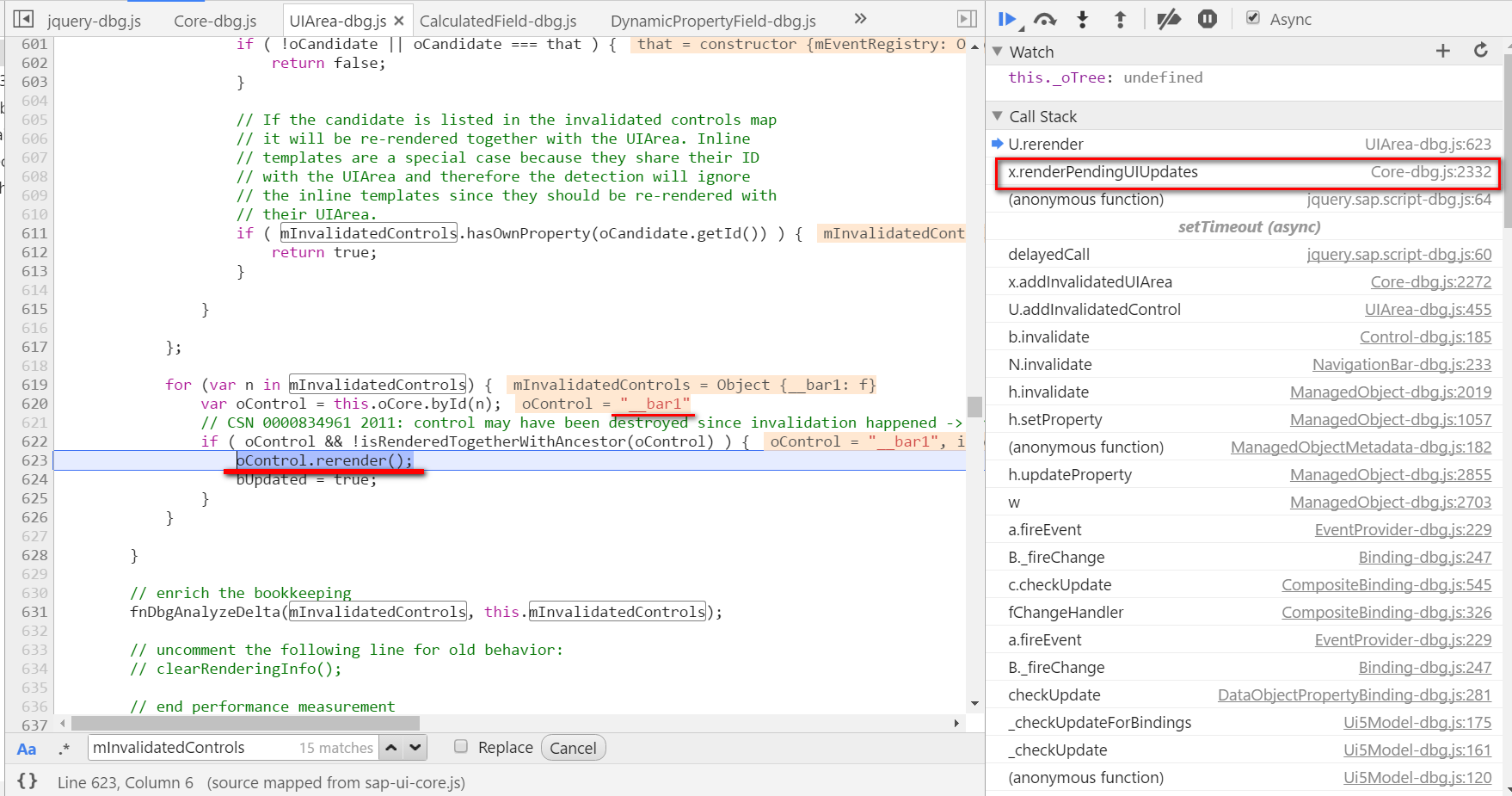 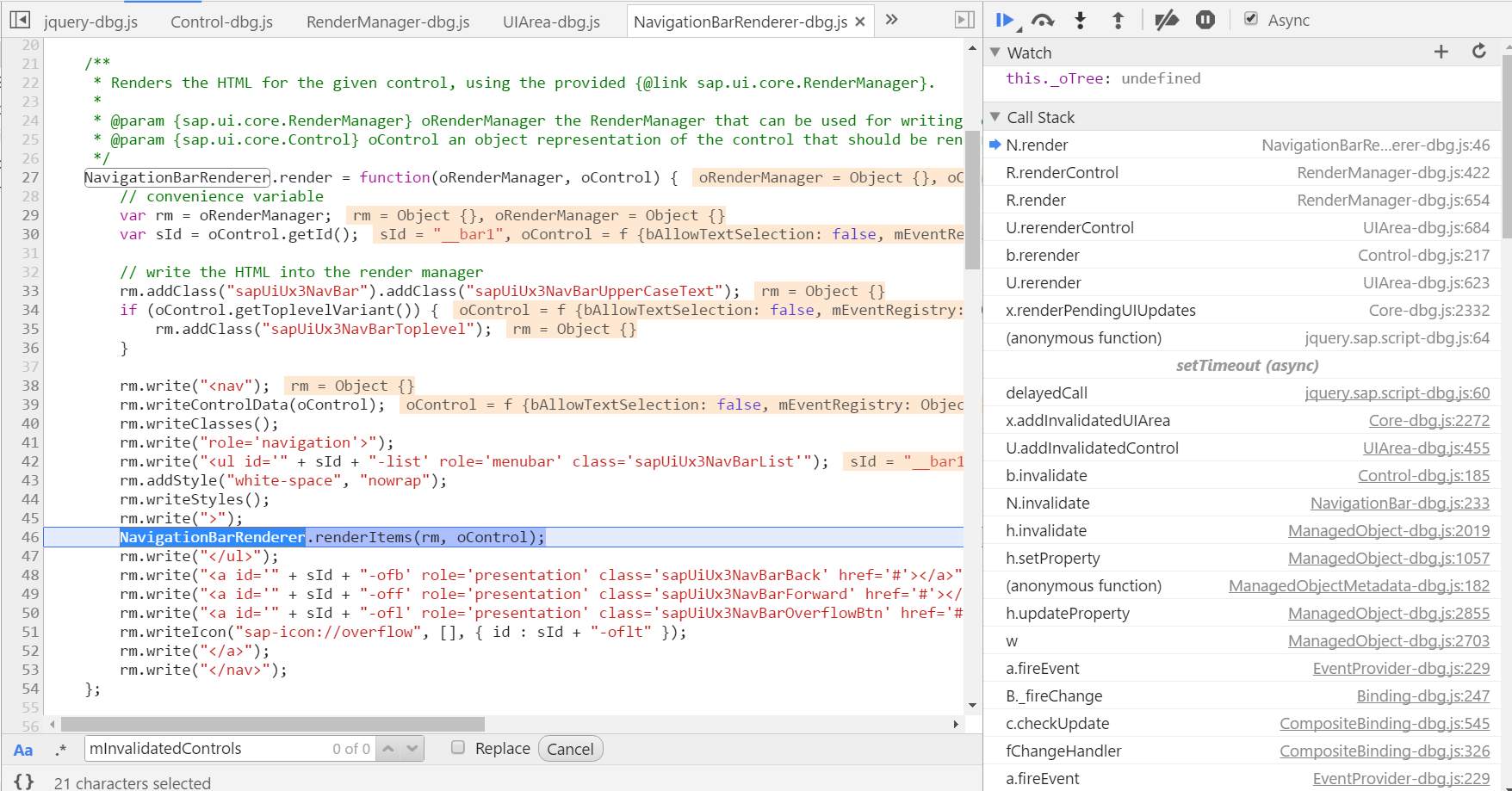 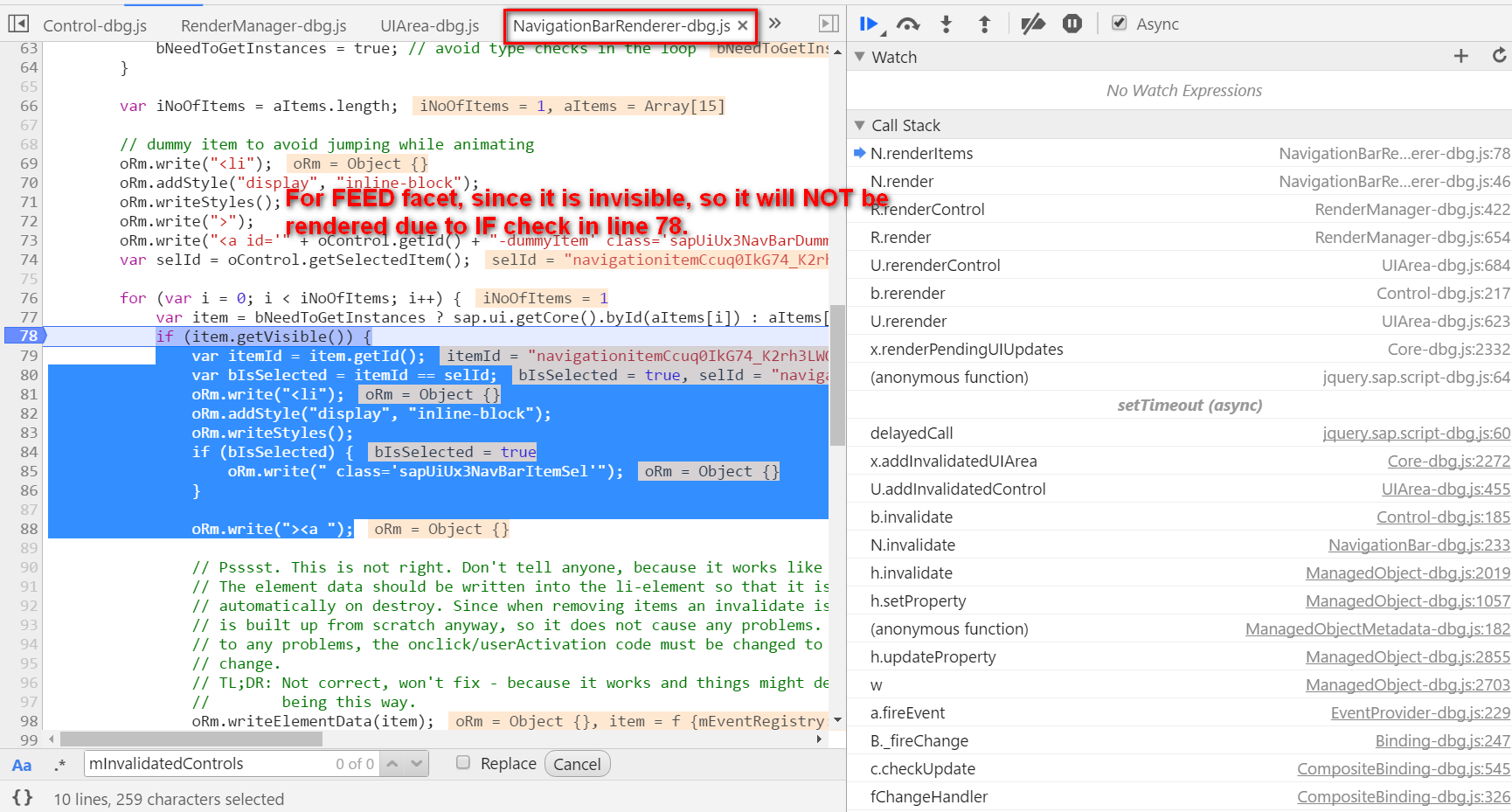 This is the reason why finally you could not see FEED tab in UI as the corresponding DOM element is not rendered by NavigationBarRenderer due to the IF evaluation in line 78.

Thanks Jerry Wang for the insight into the code. There's not enough of this, everything is magical.

Do you know if there is a way to use the Current user as part of those visibility rules? For example if the current user is X and the Opportuniy id is Y then some special tabs are visible.

I can't see a way to do this with visibility rules, only by creating a role which represents the special access to the opportunitty id Y and then assigning this role to the relevant people. The problem is this is all manual work (can't create roles or assign roles to users in absl) ..

Can someone please tell me how do i hide only a few rows of AdvancedListPane?