Crosstabs are commonly used in representing and organizing raw data. They are best suited for displaying simple relationship between the qualitative and the corresponding categorical value and help in providing both summary and granular level details which sometimes charts fail to convey.

Let’s look at some of the new features in SAP Lumira Discovery crosstab:

A major upgrade from the older version is the enhanced context menu. Just right click and one can access all the important feature/functionalities of the crosstab.

Unlike the previous version, the new cross tab in SAP Lumira Discovery comes with robust drilldown and interaction capabilities. Following functionalities can be achieved using hierarchies in crosstab:

Drill up – Helps you drill a level up the hierarchy

Drilldown – Helps you drill a level down the hierarchy

Drill By – Similar to drill down operation. The only difference is that it displays the initial level along with the one below.

Just like the crosstab in SAP Lumira Designer the swap axis option has been included in the SAP Lumira Discovery Crosstab as well. Thus, giving the user the ability to toggle axis on runtime.

Now it is easier formatting numbers in crosstab using the number format property where one can setup their own scaling factor and decimal places with the display options. 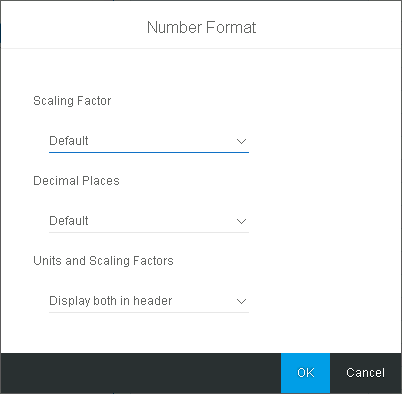 Note: It is now easier for designers to directly enter the hex values in the color pallet to change the background and font color

Overall the calculations have remained same, except for becoming readily accessible under the context menu
The following are the runtime calculation which can be created in the crosstab:

So, to sum it up, the crosstab has become more robust in terms of interaction, look and feel. Thus, giving the end users easier navigation and enhanced run time capabilities