In this blog we are going to discuss about how to add/insert nodes to existing HANA views without impacting nodes, semantics and existing descriptions.

Use Case: We have a requirement to add another table either its same structure or different to existing HANA view which had its own descriptions based on business requirement. Not only for this requirement it can also be used for whenever you want to add nodes called “Join”, “Union”, “Projection”, “Aggregation” and “Rank”. 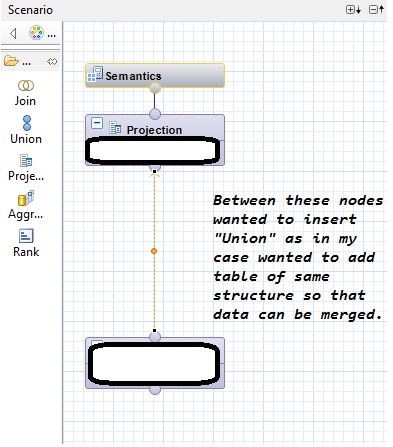 Step2: Select “Union” node and drag the mouse cursor to existing node link where we wanted to add new node as shown below. 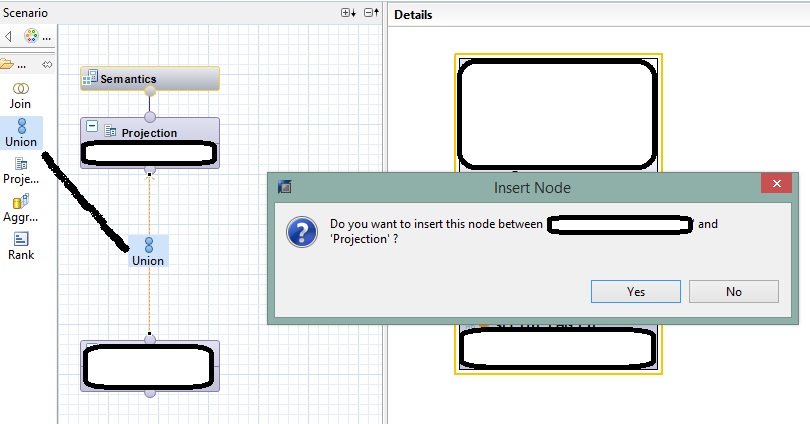 Step3: We need to press “Yes” in above step so that “Union” node will be inserted between required existing nodes as shown below. After addition of new node please check your semantics description which will be impacted. 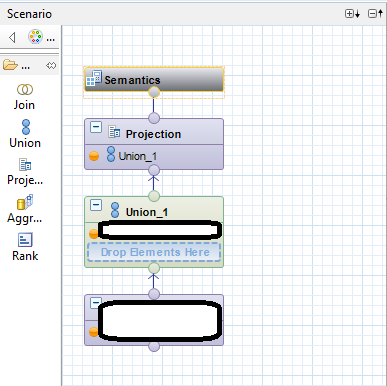 Step4: Now in my case am going to add another project at bottom then it will be connected to union so that both table data will be visible at top level as shown below. Since am using union here so i need to auto map them based on same name and if we observe any fields that are renamed in old projection then we need to rename the same at new node and join them together and final view looks as below. 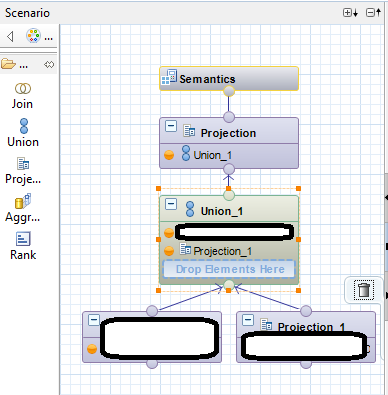 Above steps can be repeated as per your requirement and this way we can avoid renaming fields step as in normal way if we add any node that will impact the semantics descriptions.

Thank you for the trick. It helps a lot.

nb. The link has to be highlighted before you drag and drop the new node.

Thank you so much for this--you saved my skin on a change I needed to make in a complex view.