Artificial Intelligence And Machine Learning Don’t Have To Be Creepy

Over the past few years I’ve delved into the topic of customer experience, uncovering how new technologies are empowering businesses to know more about their customers than ever before.

While there’s nothing wrong with beer getting smarter at the shelf (and the data that is responsibly collected) it’s obviously not a good idea for businesses to take things too far. No one likes that “close talker” at a cocktail party. They can be downright creepy.

But avoiding the creep factor isn’t easy, especially when powerful capabilities like Machine Learning and Artificial Intelligence (A.I.) are on the guest list — and usually depicted as creepy, malevolent forces in the world of sci-fi (I’m looking at you Blade Runner, Terminator and Westworld). 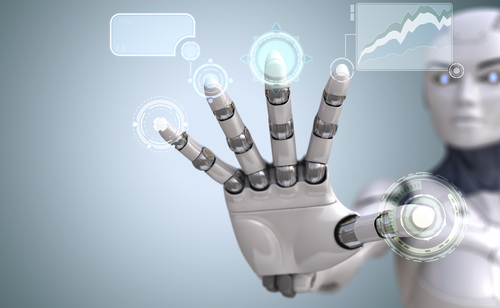 The reality is that A.I. and Machine Learning don’t have to be creepy and they shouldn’t be. It’s what businesses do with their data that matters and how mutual value and trust is created with customers.

So what to make of recent comments from Elon Musk who believes the “global race for A.I. will most likely be the cause of World War III?” Or the notion that Musk has embarked on a “billion dollar crusade to stop the A.I. apocalypse?” No doubt about it, these are bleak, doomsday predictions of the highest order, coming from a modern-day visionary with access to bleeding-edge info, and they should be taken seriously.

As for Machine Learning, well, it doesn’t fare much better. Google’s A.I. chief John Giannandrea recently said he isn’t worried so much about Musk’s war-mongering bots but he is very concerned about “the danger that may be lurking inside the machine-learning algorithms used to make millions of decisions every minute.”

Thankfully, other tech luminaries have a much sunnier disposition about A.I. and Machine Learning.

Bill Gates recently told CNBC, “A.I. will make our lives more productive and creative” while Mark Zuckerberg believes A.I. is going to make our lives better in the future. As for the doomsday scenarios making headlines, Zuckerberg thinks they are “pretty irresponsible.”

Gates and Zuckerberg’s thoughts are backed by serious research. IDC is predicting cognitive/AI capabilities will figure in to some 40 percent of digital transformation initiatives by 2019.

At SAP’s recent TechEd event, for instance, it was revealed that machine learning can help the $2.4 trillion fashion industry with a more personalized consumer experience, according to Margaret Laffan, Director of Business Development, Machine Learning at SAP.

“Static window displays of the past won’t work in today’s world of fast fashion and consumer demands for an increasingly more personalized experience,” said Laffan in a recent story, ‘The Ultimate Personal Shopper Is A Machine.’ “Machine learning gives retailers the speed and intelligence to quickly match the hottest looks with every customer’s fashion style.”

As you can see from this video demo of what this level of personalization looks like, it becomes much easier to understand why A.I. and machine learning can improve people’s lives without becoming creepy.