First, next year SAP TechEd Las Vegas will be in October (one year from today): 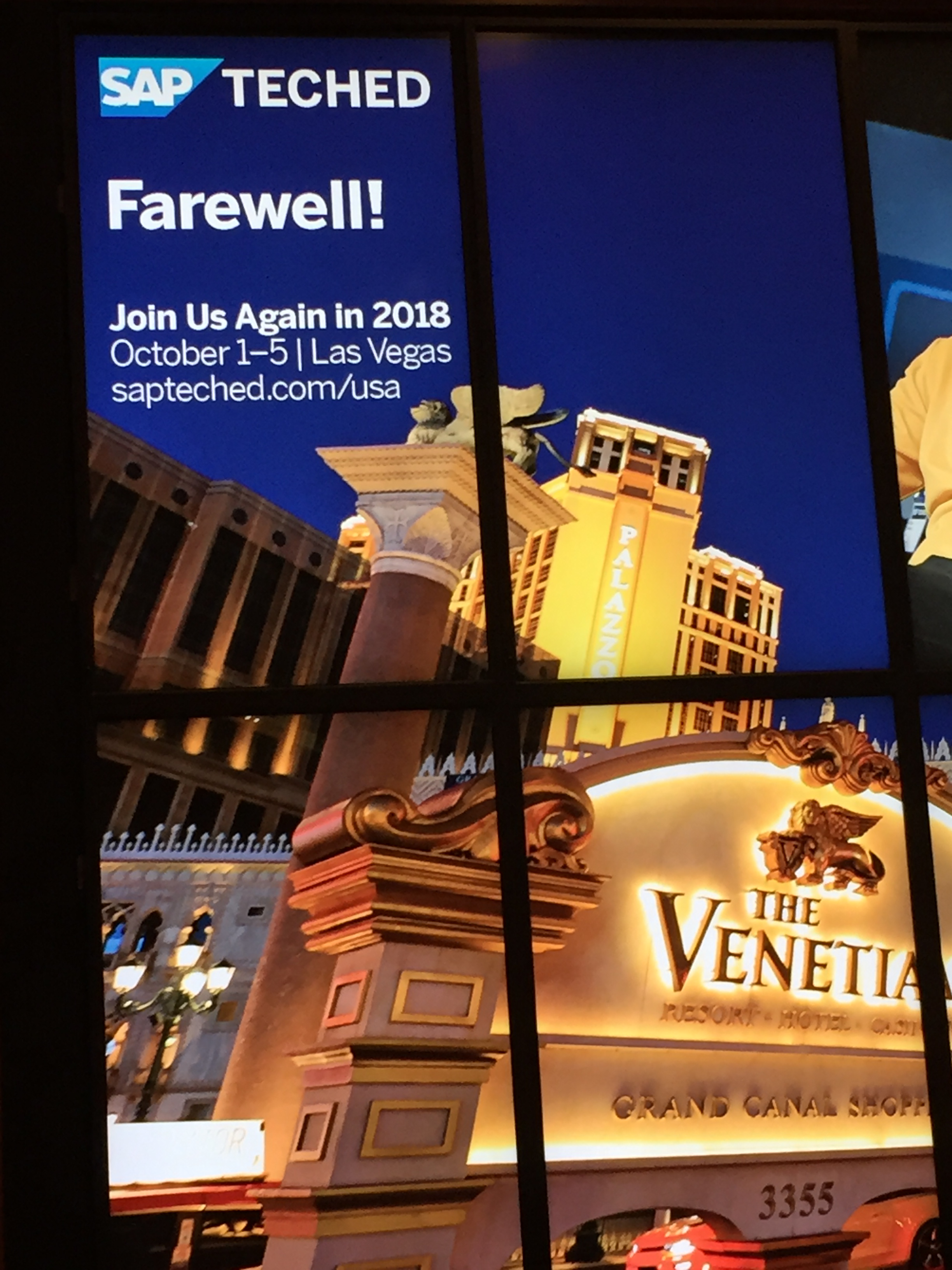 This is the team that produces the many helpful YouTube tutorials.

You could follow along or watch the lectures; I chose the latter.

At lunch time, I watched the Data Hub announcement: 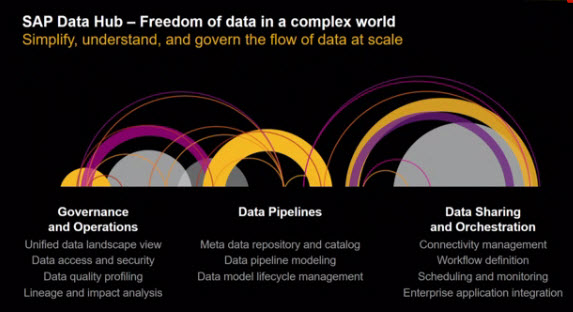 I had to leave the HANA Academy early, and had a chance to thank Chancellor Joe King for their helpful tutorials.

SAP’s Glen Leslie hosted this event, sponsored by Accenture.  It was full of excellent information, demos, information, and a free e-book.  I haven’t digested all the information presented, but I want to thank Glen and Accenture for a great session.

I stepped out for the Speaker Reception, which is an opportunity to thank the speakers. The room was packed: Next was a quick stop at the “Game of Zones” Leonardo event, where I found fellow ASUG Volunteer / SAP TechEd Design committee volunteer Former Member and Karin Tillotson 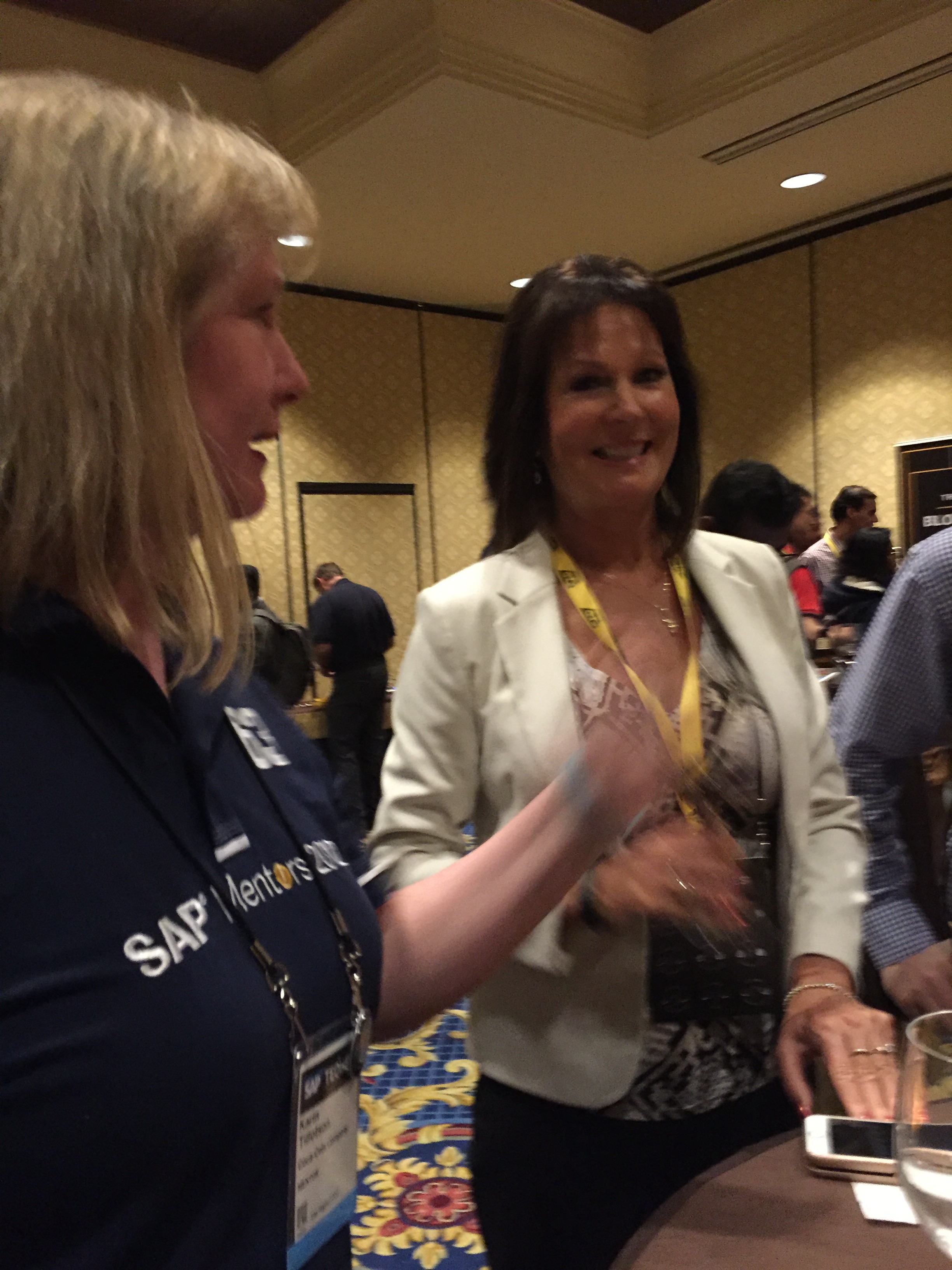 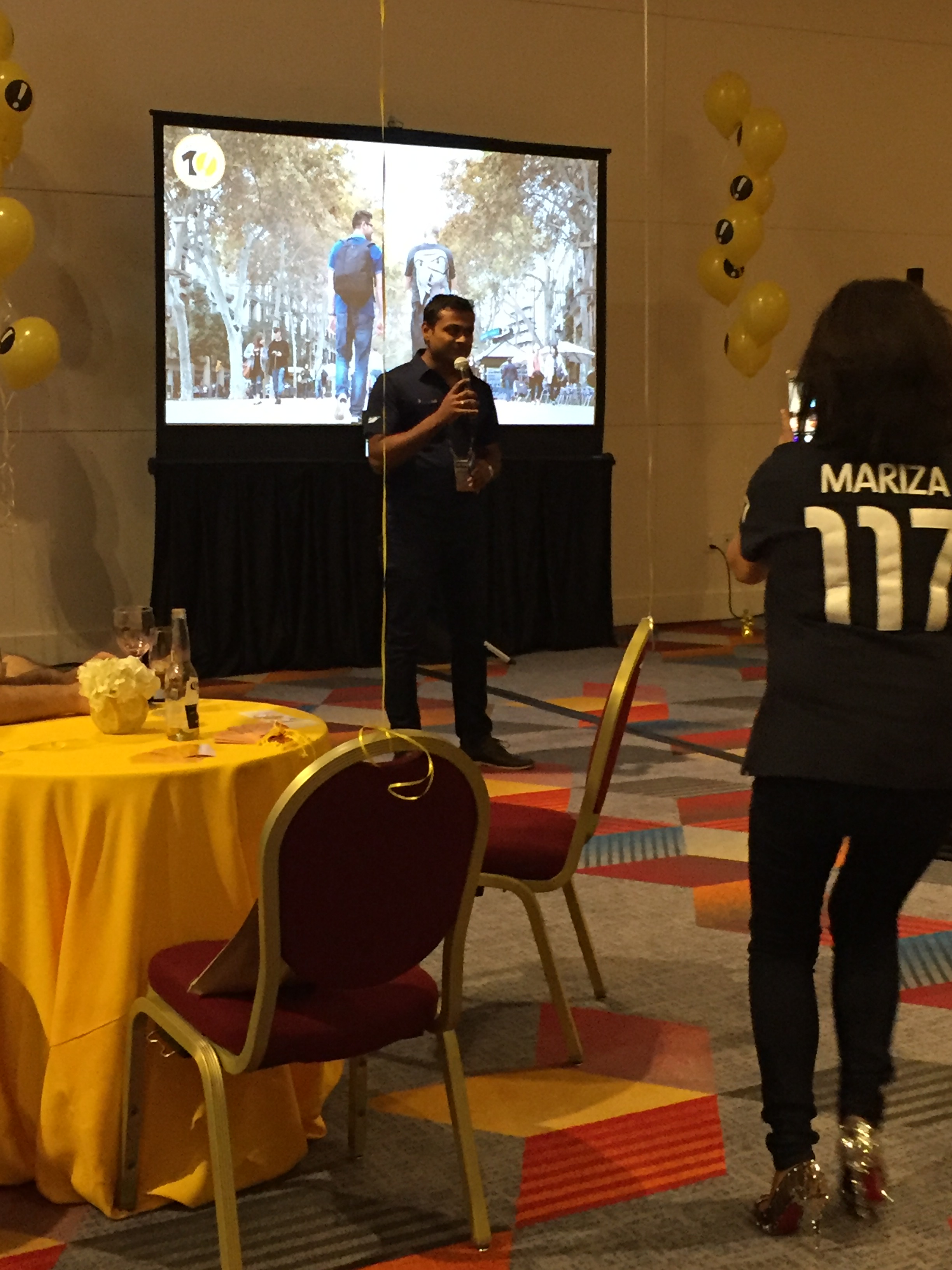 Murali Shanmugham introduces himself while Maria Farrales takes a picture What’s a party without cupcakes and balloons? 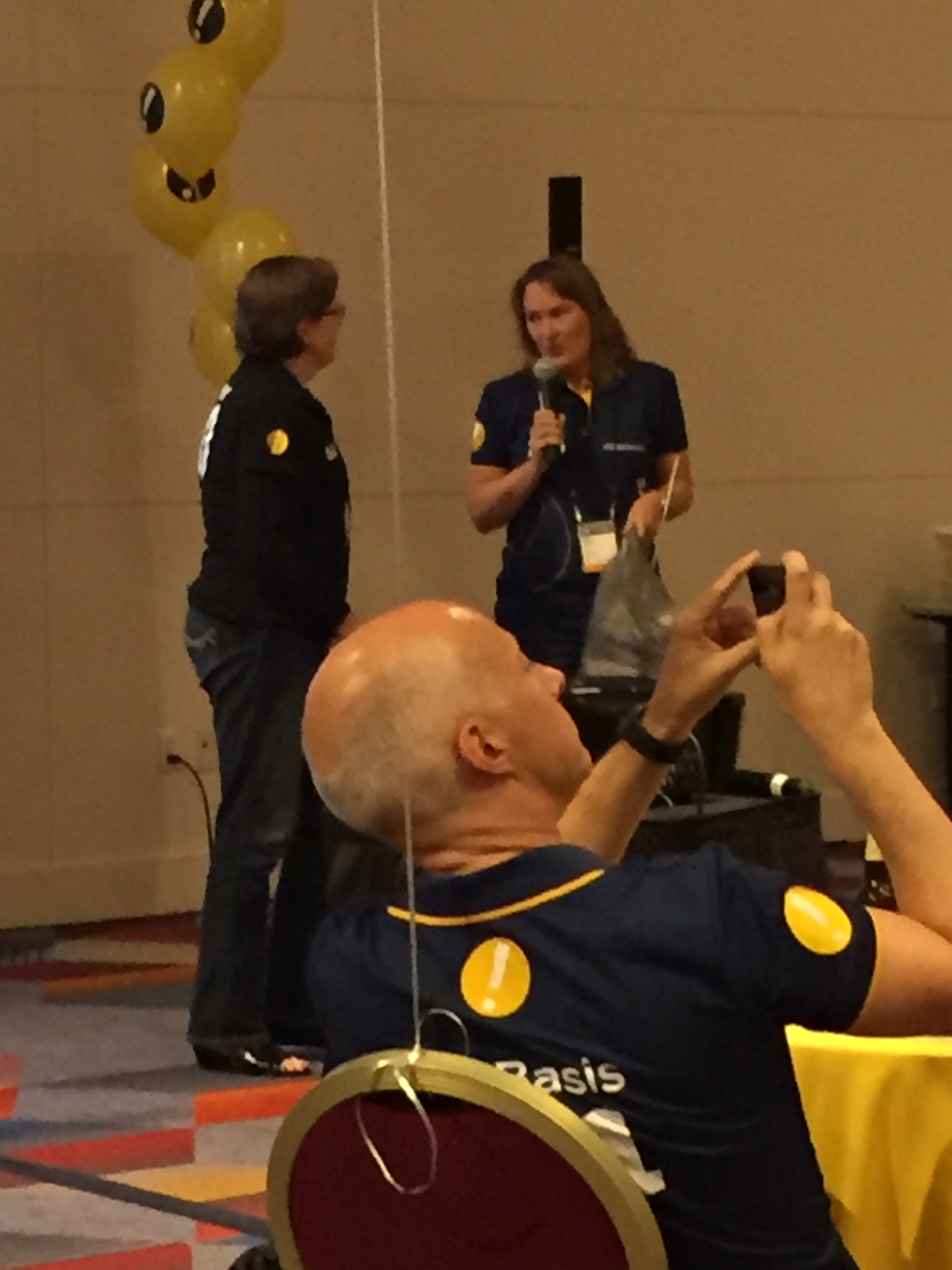 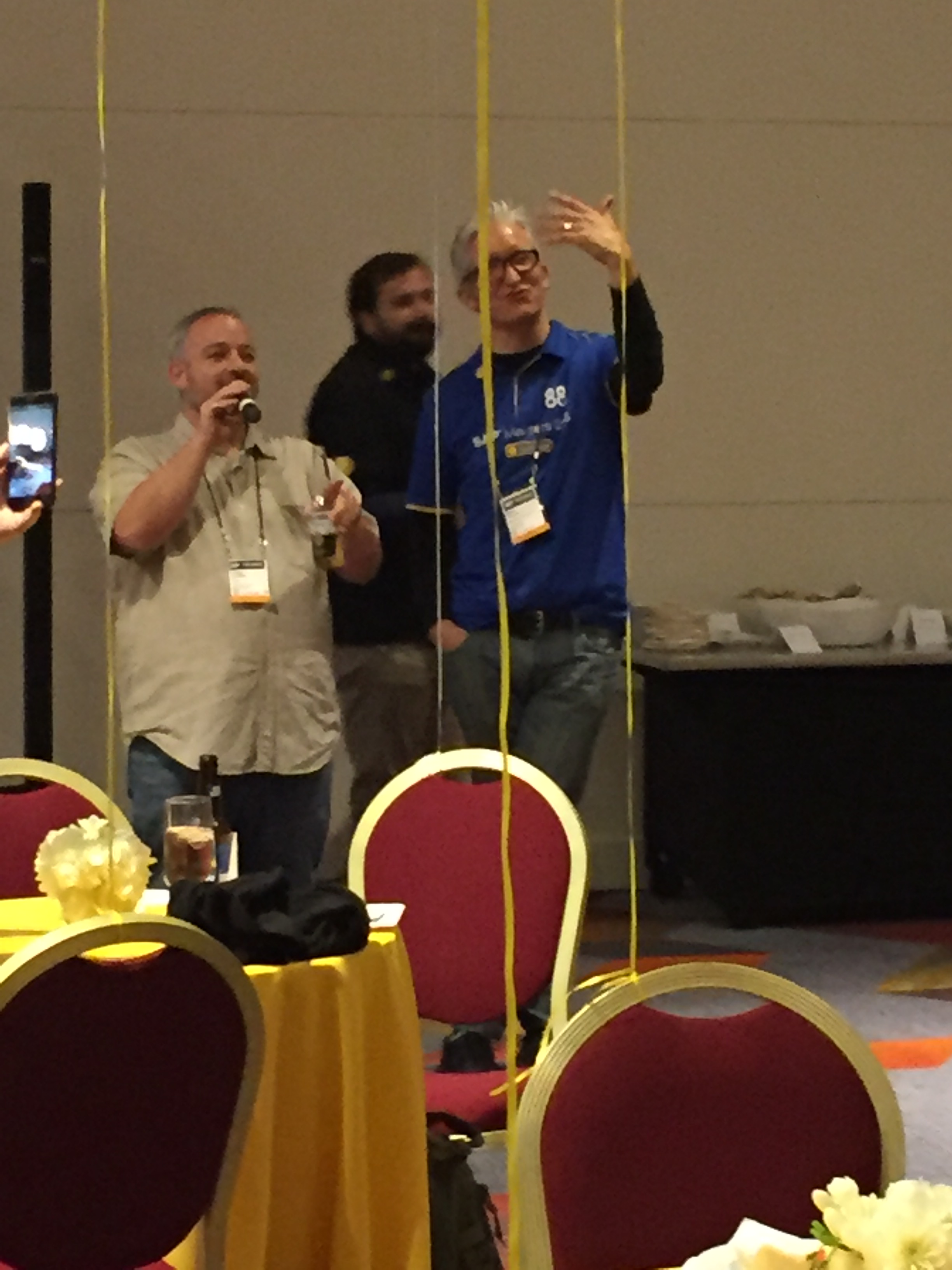 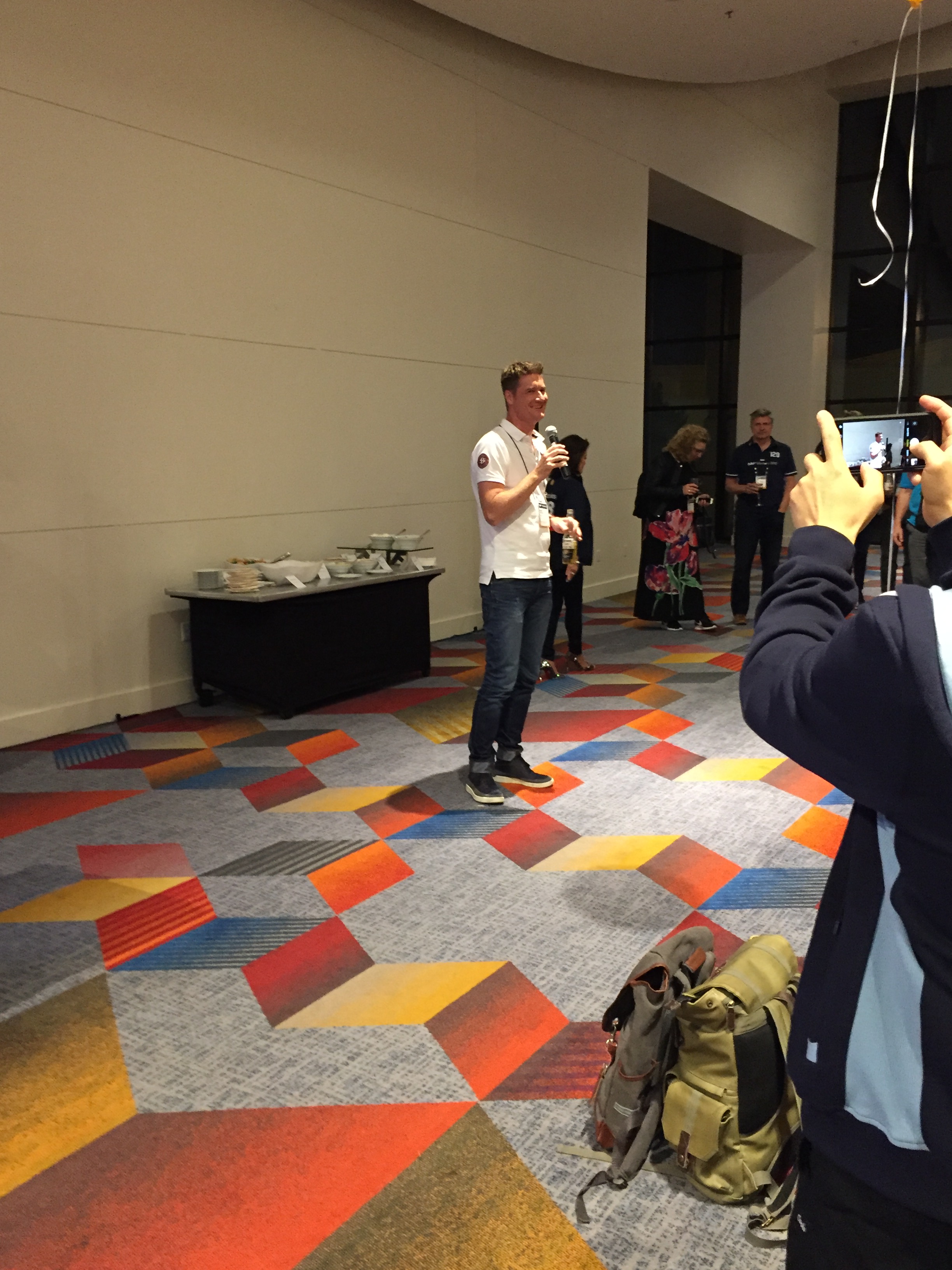 I want to thank Audrey Stevenson for finding me and supplying me with the citizen/appreciation award ribbons.  Audrey also helped me on Tuesday by having a Marilyn Pratt -like conversation with me just when I needed it.

On the way back to the hotel, I spot Jose Nunes picture, being recognized as a Developer hero: 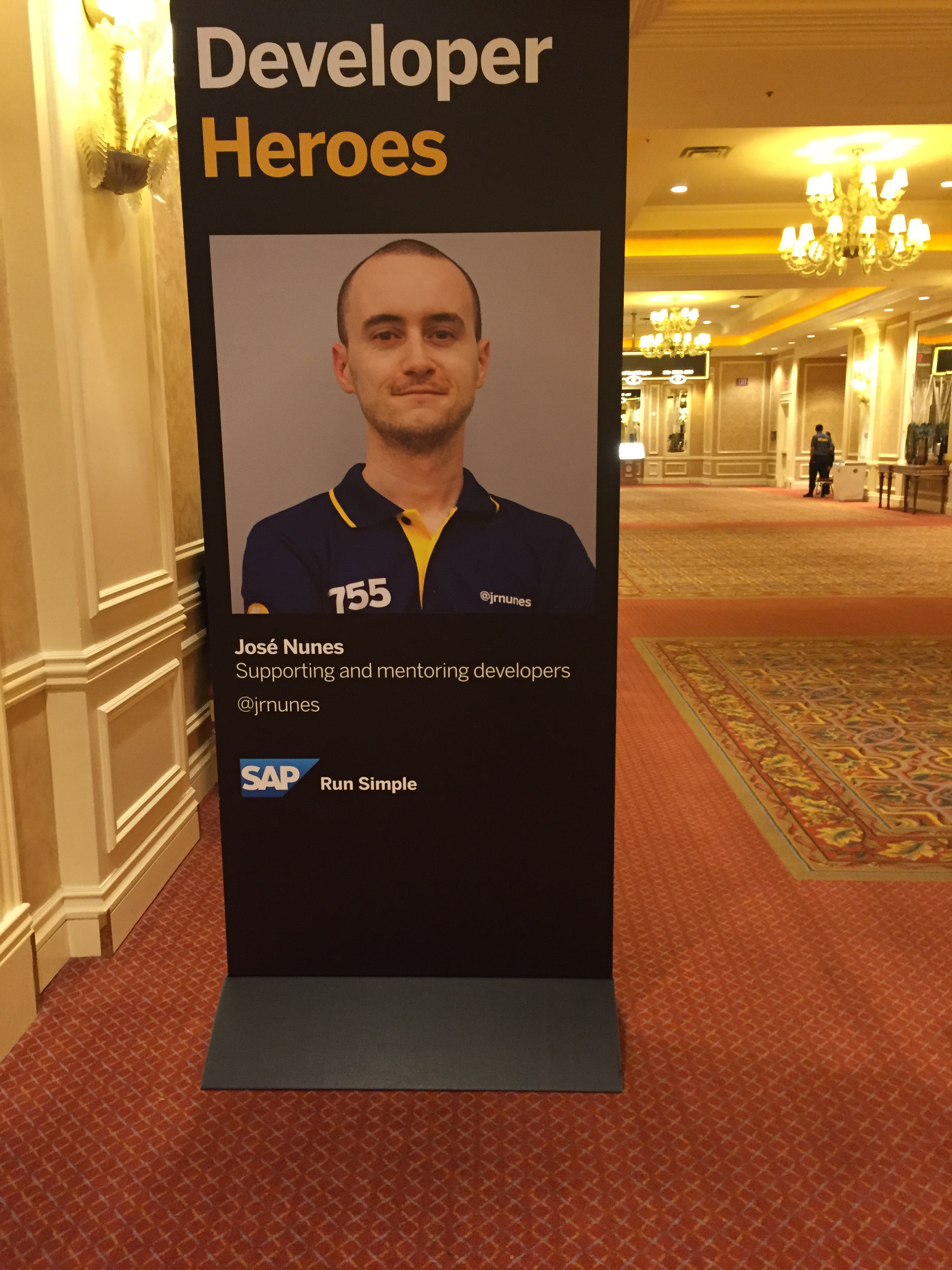 The next day was the keynote, which I am sure is covered in other places.

I was able to assist the Analysis Office hands-on (exercises are easy to do, no one required much help).  A change this year is no paper hand-outs for hands-on exercises, which seemed to work out pretty well.

Next I attended Ty Miller SAP Analytics Cloud influence session.  Ty expertly guided the session but I had to leave early for a meeting.

The last session of the day for me on Tuesday was with Juergen Butsmann ANA207 “SAP S/4HANA and SAP BW/4HANA: What to Do Where?” He had 80+ pages of packed content; a must-see if you are going to Barcelona.

I also helped with some other hands-on sessions, and I hope to write up more on those in individual blogs.  I want to thank the SAP team who allowed me to assist them on their hands-on: David Stocker Ian McAlpine Christina Obry Alexander Peter  Gowda Timma Ramu Former Member Jacob Stark

It was great meeting Fred Verheul in person; Fred is someone I feel I have known for years through twitter and the community.

Until next year…in the mean time, I hope to see you at Reporting & Analytics 2017

Postscript: as I was writing this I heard about the incident earlier this morning at Mandalay Bay.  I’m at a loss for words as that was the site of my first SAP TechEd in 2008.  My thoughts are with the people in Las Vegas this morning.

Thanks for the wrap and nice pictures. It was indeed great finally meeting in real life.

Again, SAPTechEd turns out to be the place where community meets. It should really reflect that a bit better, instead of at the very back of the showfloor...

That Community area was actually an improvement, the last year it was literally just a small table on the side. I agree it should've been even more prominent, although having it at the back provided some much needed refuge from all the noise. Plus there was usually no line for the coffee. 🙂

Fred Verheul although I wasn't there if community interest was a success this year maybe they'll get better positioning next year. If not, Capra will have to herd everyone in

Sad to have missed you - but nice reading this blog.   All the pictures are really cool!

nice wrap up blog. Thanks for sharing my "Developers Hero" pic 🙂

The Mentors Reception was fun, it was a good oportunity to meet Jelena Perfiljeva Diego Dora Lucia Subatin Rafael Guimbala  in person.

Besides being located far far away, the community booth as well as the mentors booth were a good surprise for me. Being able to interact with other people from the SAP community was a really good experience.