TechEd 2017 – ABAPosaurus and The Hangover Day

Wednesday is always an interesting day at TechEd. On Tuesday you hear a bunch of “we have this thing now, yeah!” at the keynote. But Wednesday is when you go to the sessions to find out that all that keynote stuff is fine and dandy BUT… Aka The Technical Hangover.

At breakfast, I sat next to two gentlemen who were speaking French but after a few sentences I had an odd feeling that I actually understand what they’re talking about (and my French does not go farther than je ne mange pas six jours). Apparently “ABAP in Cloud”, “on premise”, and “ECC” are the international Sapanese words. 🙂

Obviously many attendees also suffered from the hangover of the real kind, otherwise I’m not sure how to explain surprisingly light attendance at Simon Kemp‘s session CPL145 “Journey to the Cloud: Extending SAP S/4HANA Cloud at Plaut IT Australia”. Well, maybe the “Australia” part confused the predominantly American attendees and they thought there would be koalas and kangaroos involved and there is just no way they’d get a budget for such things. Who knows?

Anyway, it was a great session about a real project, warts and all. Exactly the kind of session that we keep demanding at TechEd but somehow forget to attend. By comparison, the next session S4H220 “Implementation Patterns for Core Data Services Views in SAP S/4HANA” was jam-packed but barely 10 minutes and 2 slides in I had a sudden urge to leave for an alternative appointment. Let’s vote with our feet for what we want to see more of.

The hands-on session S4H267 “End-to-End Extensibility of Analytics in SAP S/4HANA” turned out to be a flop as well, unfortunately. Based on that, I’d like to make some suggestions for those planning the hands-on sessions.

In the afternoon I was turned away from a CodeJam session because it was “bring your own laptop” and I foolishly chose to drag around a bag full of souvenirs instead of a laptop.

Speaking of which, here is The Cutest Swag of the Day award recipient – a penguin from IBM: 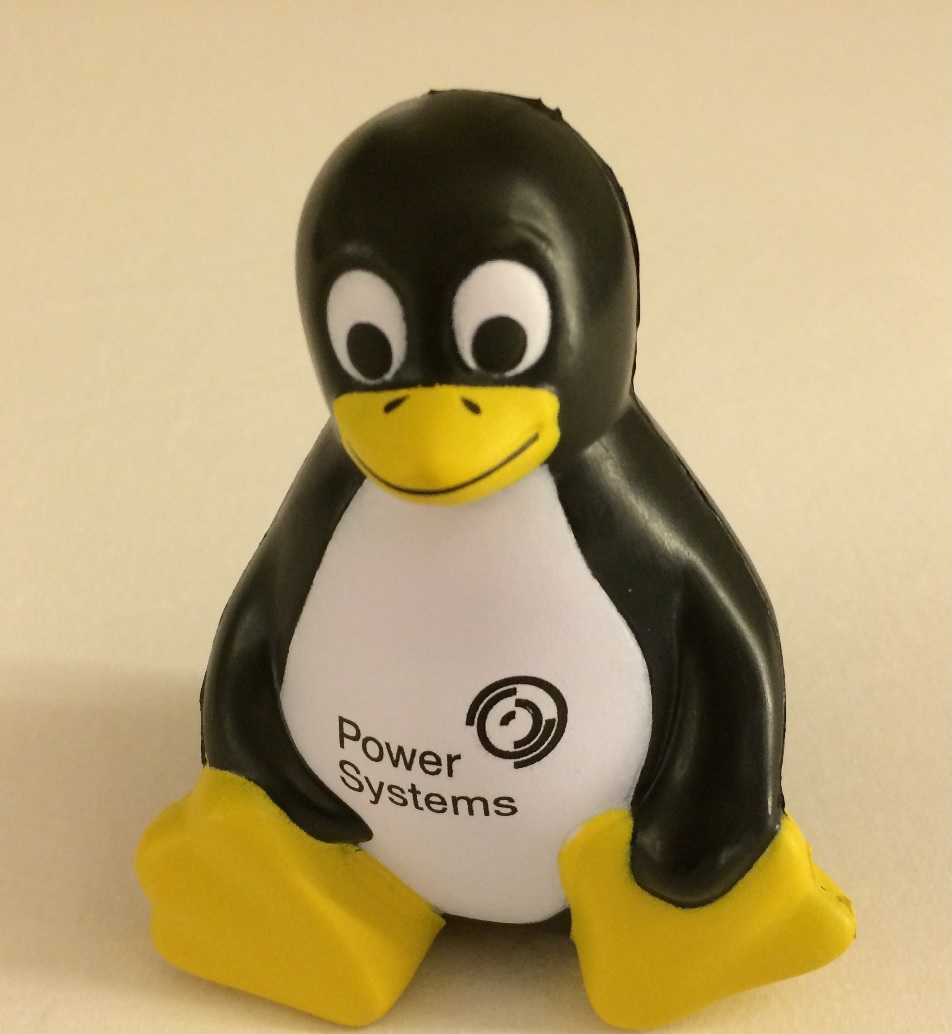 Graham Robinson also got a short stick from the session scheduling department as his session S4H245 “abapGit: Modernizing ABAP Development” was at 5.45 pm, when the attendees already rush to get themselves hangover for the next day. Nevertheless it was very full. Good thing I arrived few minutes earlier and got a chance to sit in a chair next to Graham while tweeting at him and then watching him tweet back. I guess this is the modern day social life.

We were later joined by Capra and designated herder Paul Hardy  and, even though there was no Mexican wave, the session was great and followed by a lively Q&A. 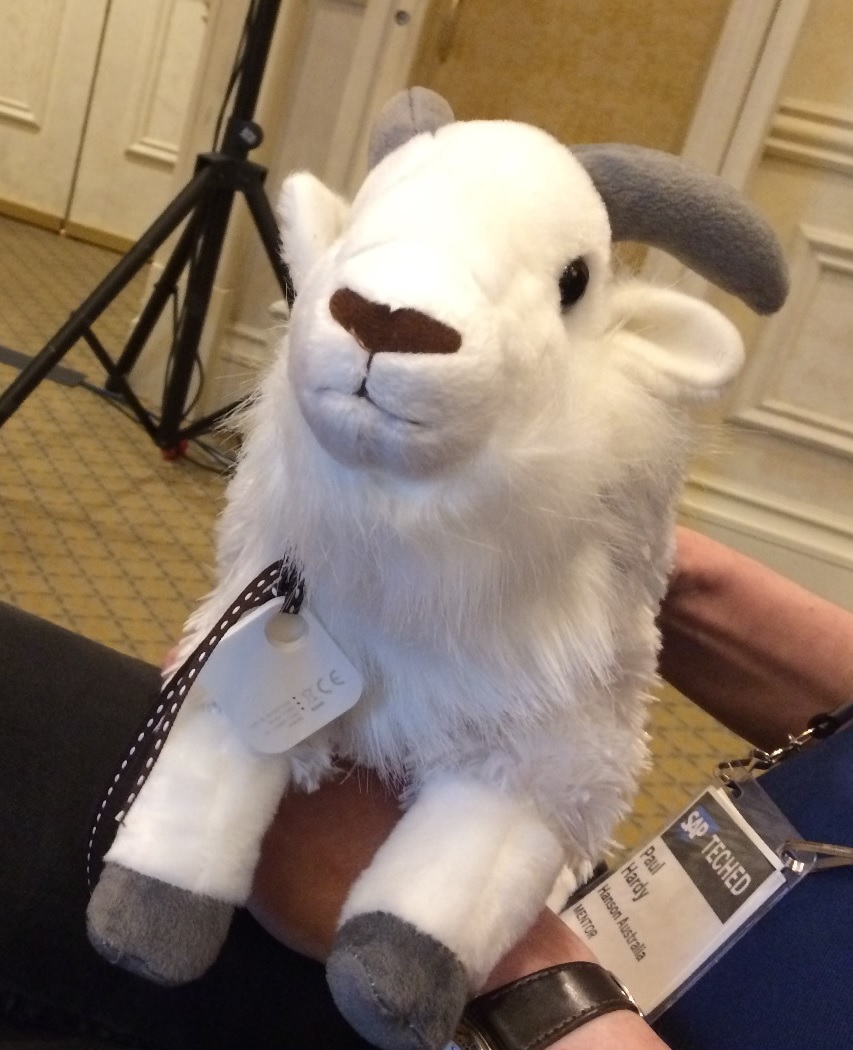 By the way, if you are registered for the event, both Graham’s and Simon’s, as well as other ASUG sessions have presentation files in the TechEd Agenda Builder.

Tomorrow evening I’m traveling home and hopefully 5-hour flight will provide enough reflection time for the last TechEd blog (to be published later). For now, I leave you with some random pictures. 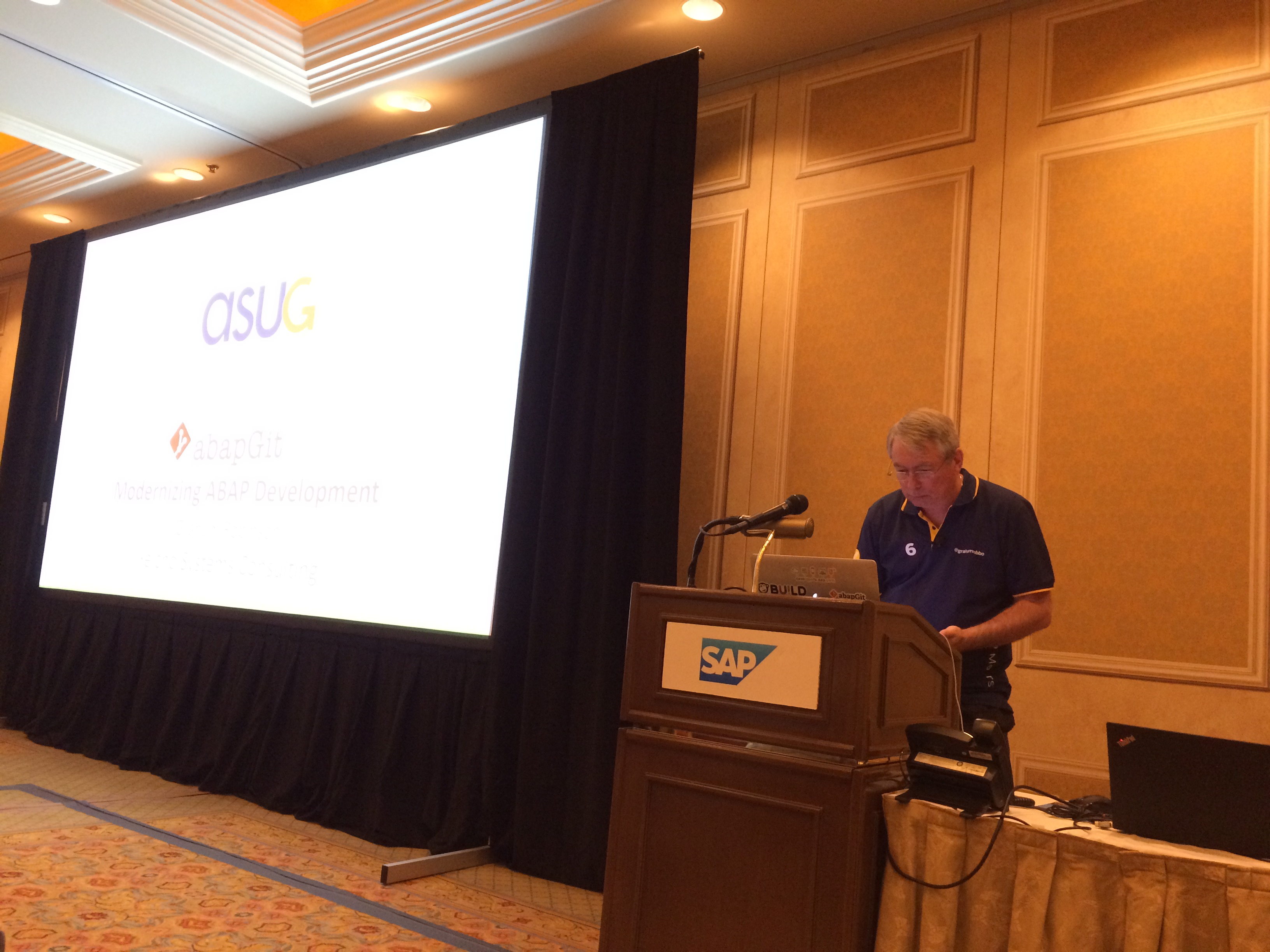 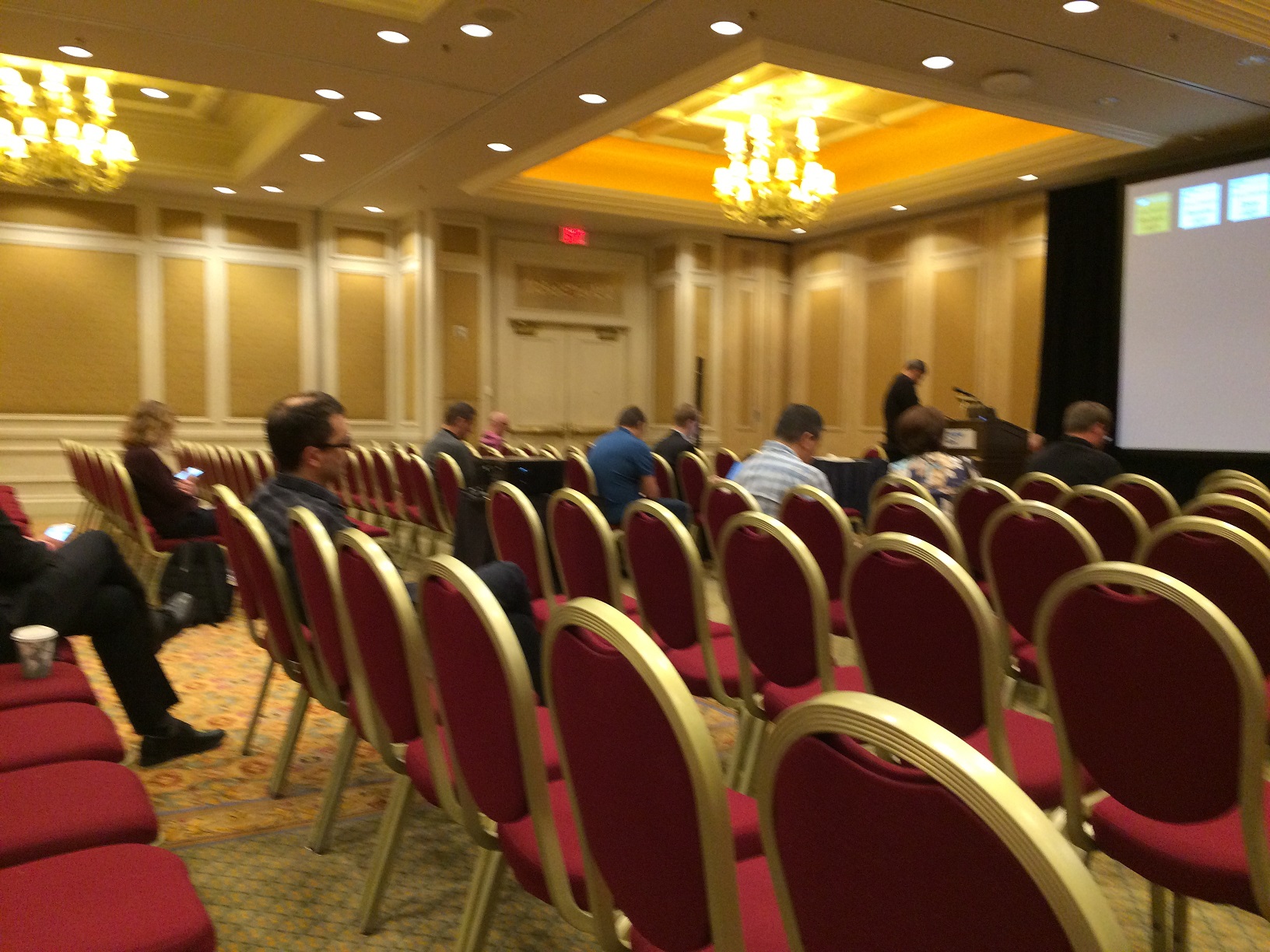 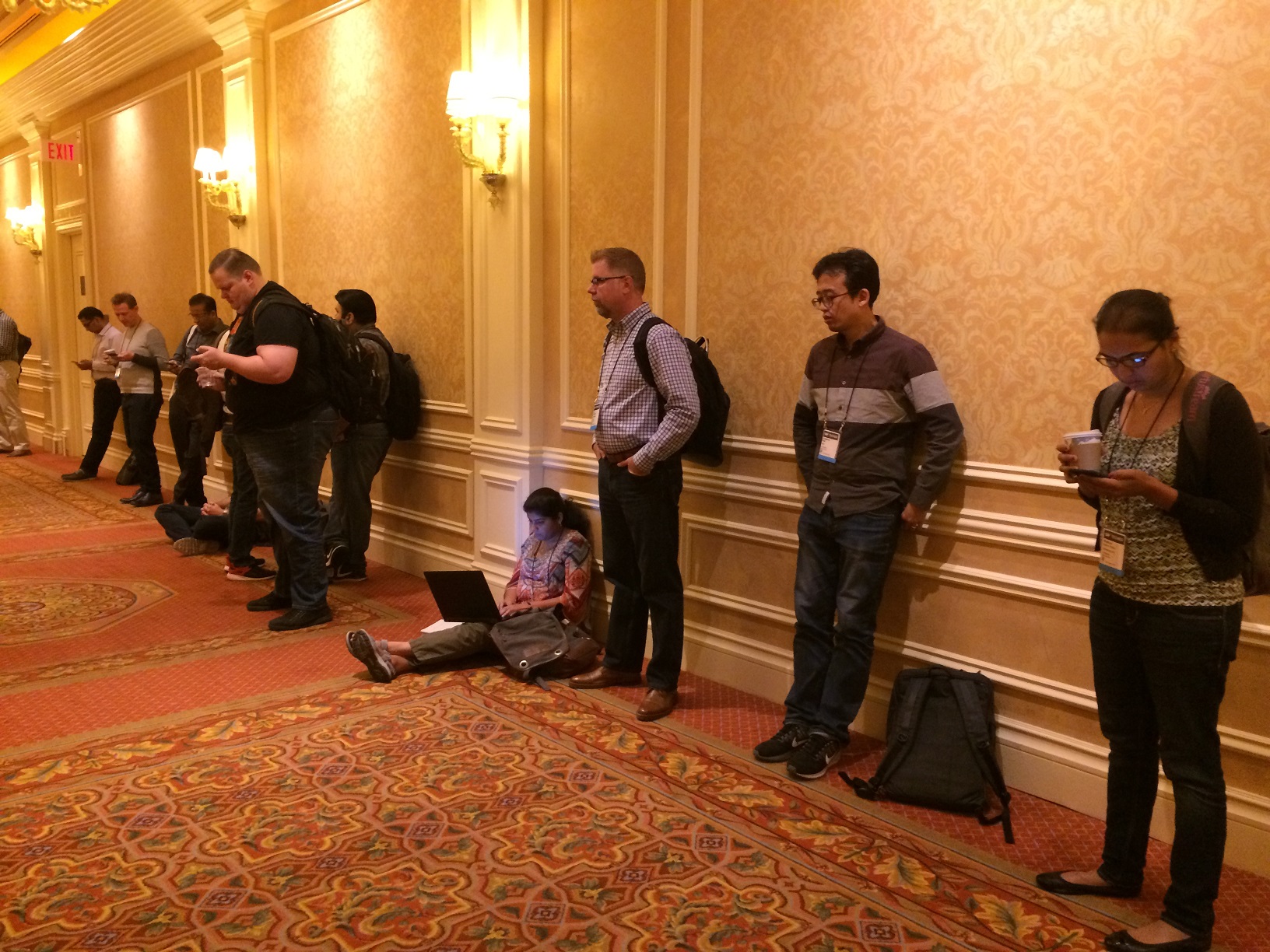 Riddle of the day: considering that 5 men did not fit into the picture and there is one woman behind the camera, what is an average percentage of the female attendees at TechEd?

The last picture kind of makes me wanna go to TechEd even more.

+1000 to your comments on the hands-on-sessions. And those can also applied to any other training where you get to do stuff. Make sure everything works, planned out and is structured enough so that most people can work on their own, so that questions are about the topic itself and not how to get stuff done.

And you totally should! Maybe next year TechEd in Europe moves to a more interesting place and we might even get to meet in person. And Las Vegas is quite nice in October too. 😉

Funny thing: it's the same saying in Russian but I found that in English it's "Hope springs eternal". Those guys are clearly more optimistic. 🙂

PS: I just triggered the "Not posted because security issue" message.