So far TechEd in Vegas has been rather surreal. First of all, everything is out of place. I’ve attended TechEd several times already and have almost a muscle memory of the Sands Expo Center layout. But this year the showfloor is where the keynote is used to be. The keynote is on the fifth floor. And the lunch area got relocated to the basement where bad memories from the last year’s event came back in all their horrific glory.

During the keynote somehow I got called onto the stage together with fellow Mentor Chris Kernaghan and the “Mentor mom” Katy Fischer where we got introduced to something called tribble. (Look for our brief appearance around 1:10 mark in the replay.) I’m not a fan but apparently it’s some kind of a character from Star Trek. In real life, it’s a totally rad toy that vibrates and makes odd noises. Can’t wait to show it to my cat, that will be some solid YouTube material.

It appears someone might have been reading my previous blogs and/or taking note of the suggestions from. There is only one keynote (yay!), it was on point and on schedule. It also featured several female co-presenters, which is a refreshing change from the years past. Data Hub was announced, as well as ABAP in the Cloud. Just like other keynotes by Bjoern Goerke, this one is totally worth watching in replay. He totally is taking the whole keynote to the brand new level and it’s also a welcome change compared to the snoozfest those keynotes used to be.

One thing that I really wish (again) would go away is those paper ads placed on the chairs at the keynote. This is what the keynote aftermath looks like and these are not even going to recycling, by the way. What a terrible waste of resources, as well as safety hazard when it falls on the floor. 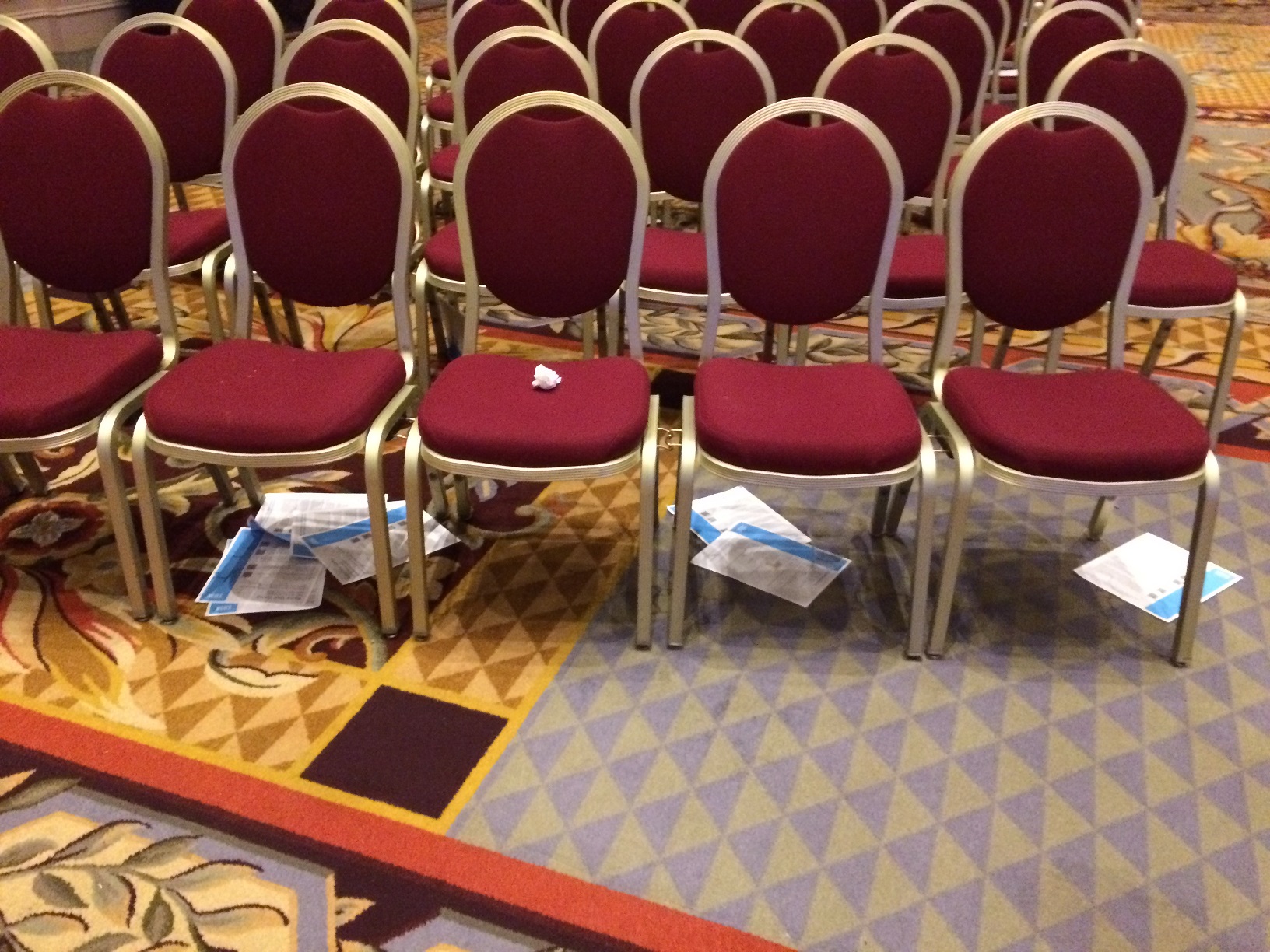 After a quick photo-op I rushed to Michelle Crapo‘s session DX133 “Personas or Not Really Personas: Old Version Trick to Create a Nice Layout” with some tips on how to use good old cloud-less ABAP to deliver better user experience. I had to skedaddle a bit earlier for another photo-op and then after lunch went hunting for The Cutest Swag contenders. The winner today is the polar bear from LRS Output Management and a runner-up is a koala from IQX Business Solutions. 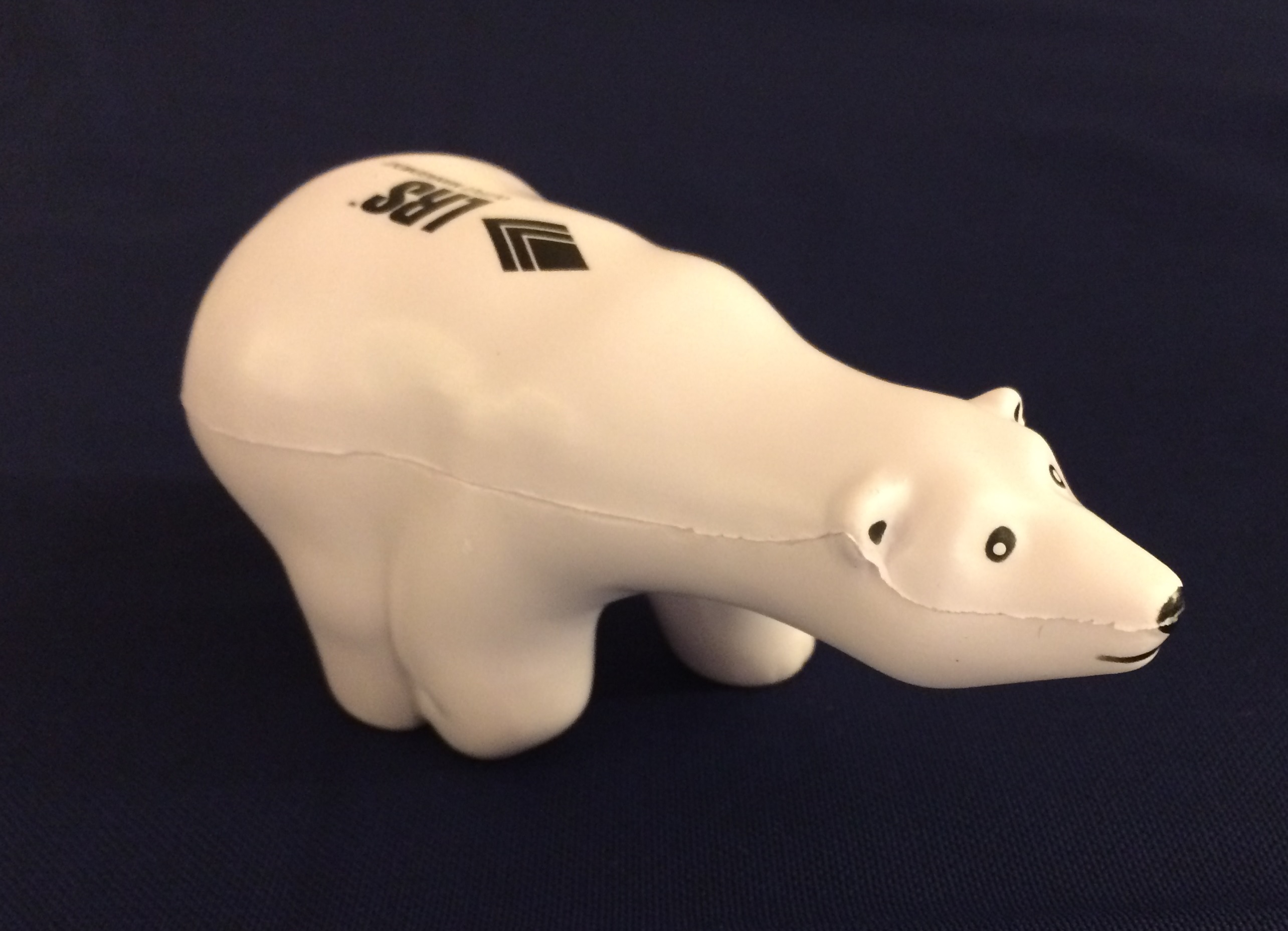 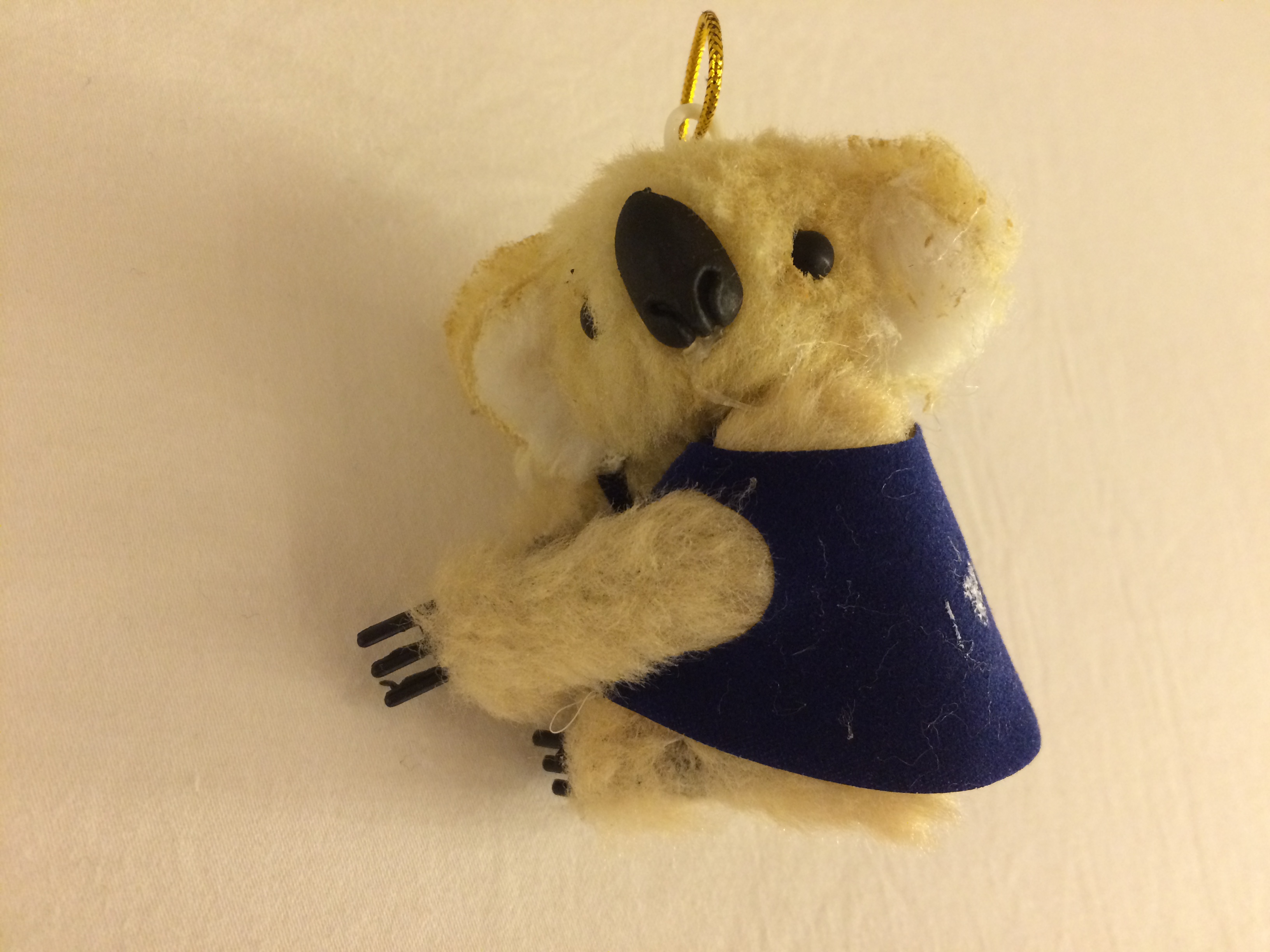 Then I went to Matthias Steiner‘s session A How-to: Microservices on SAP Cloud Platform (CPL123). Usually I don’t really understand a good half of what these sessions are about (Cloud, duh) but somehow the way Matthias presents makes me feel much smarter. This session will also be repeated at other TechEd locations and I certainly recommend it to anyone interested in learning something new. 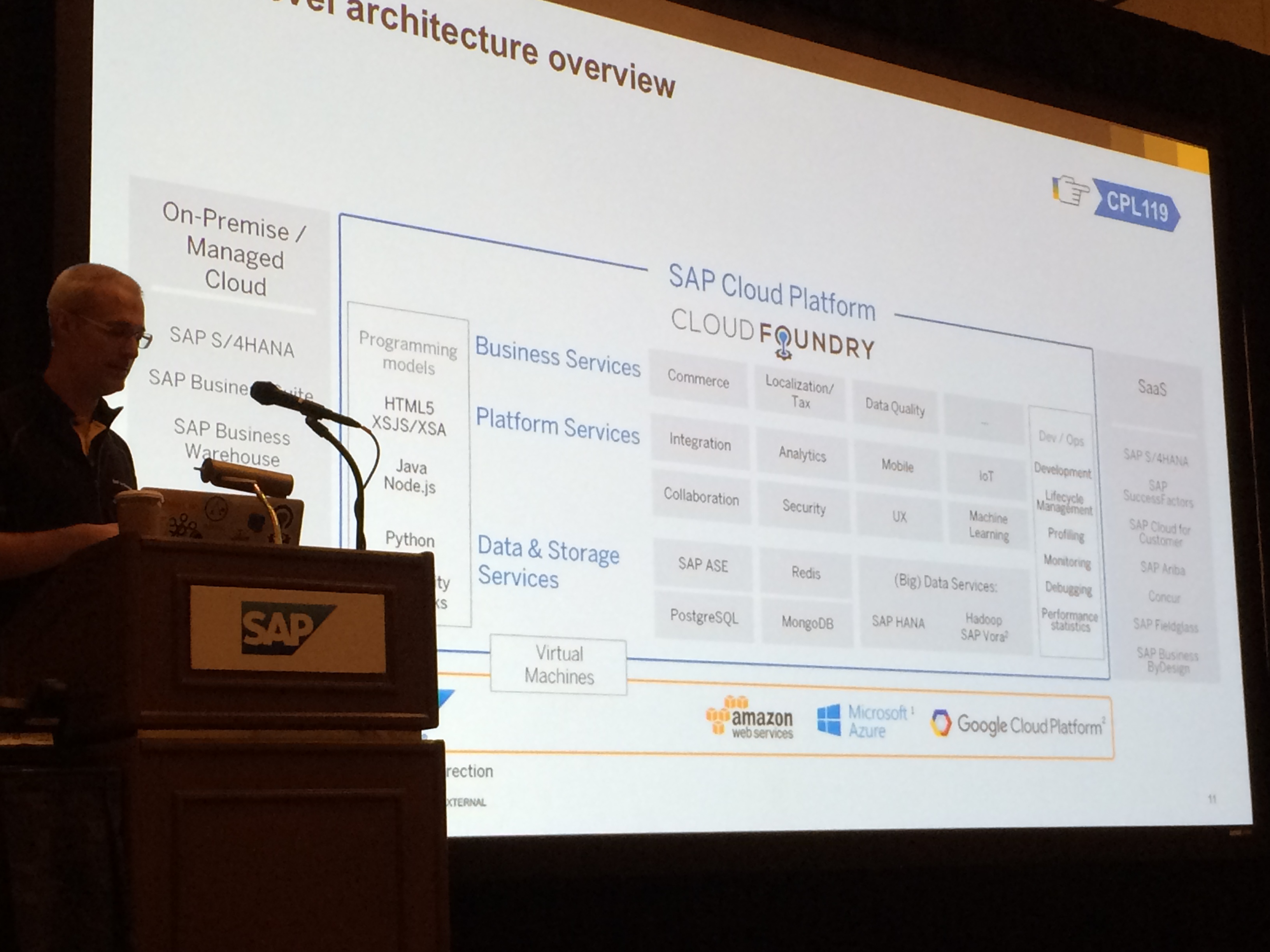 This year we are celebrating 10 years of SAP Mentors and there is the Mentor Lemonade stand on the showfloor where the actual Mentors can be observed in their natural habitat. I got a chance to hold the fort there for the whole 1.5 hours today. Several people came in to ask how to become a Mentor (most were disappointed to learn there is no monetary benefit involved), some were seeking answers to the specific technical issues (were directed to the SAP “schedule an expert” booth). Much to my disappointment, not a single person asked for an autograph or to touch my “tribble”. Actually the only time when I thought I’ve been recognized by a fan it turned out he thought I was Tammy Powlas . Oh dear…

There also was a giveaway of totally awesome kids’ shirts, which I think is quite smart. Let’s face it – the vendor shirts usually end up being used when mowing the lawn but the kids will likely wear those in public. Lots of untapped potential there. 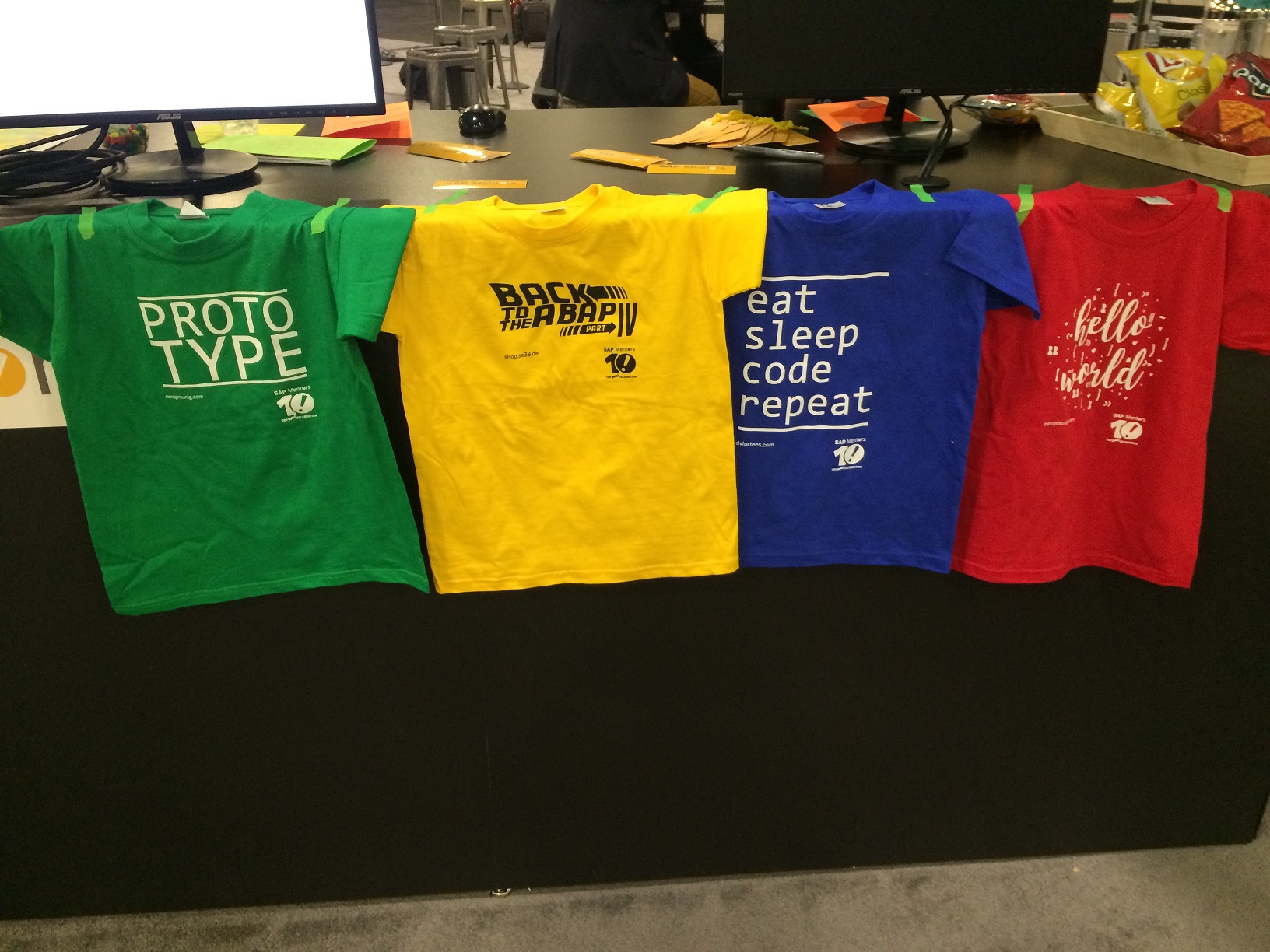 At the end of the day, there was a networking reception (where no one usually networks) followed by another celebration of me and The Fiori Jam Band concert. As a Community award winner, I got a caricature of me which doesn’t look at all like a caricature but is rather flattering as it makes me look at least 10 years younger, 50 lbs lighter, and with fabulous highlights. So – thank you! 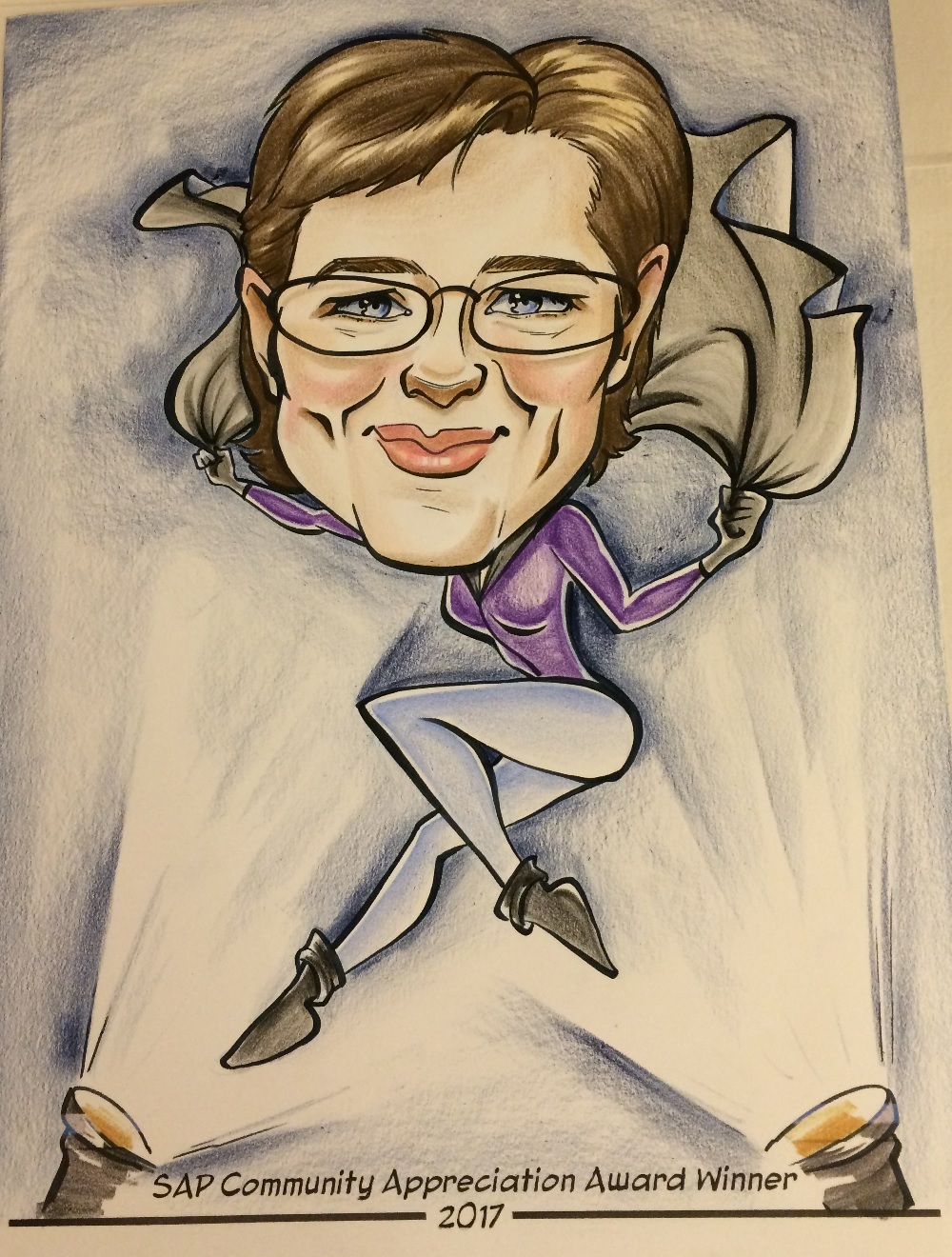 I leave you with some random pictures of “dustbins” and look forward to a more session-packed day tomorrow. 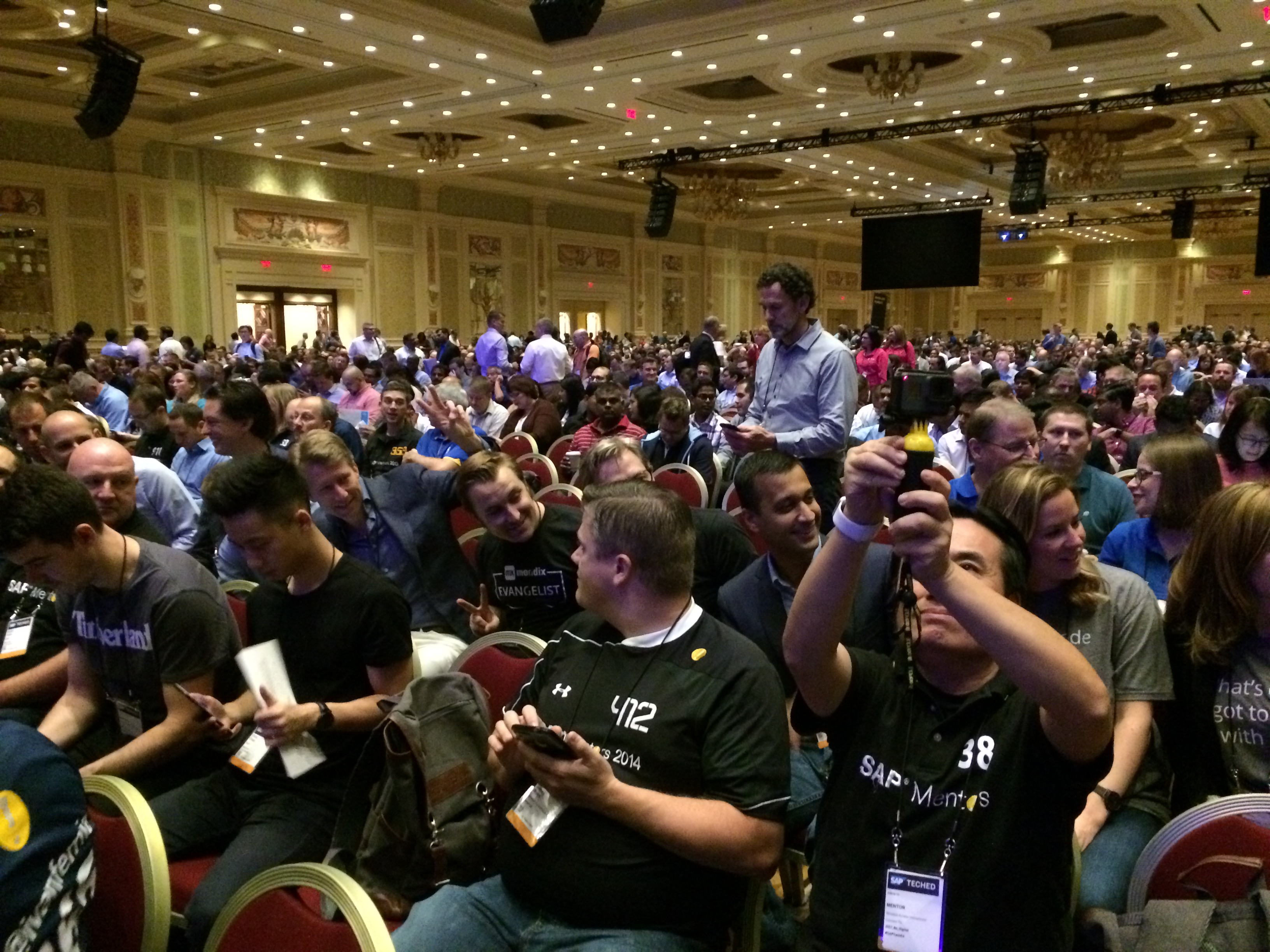 Getting ready for the keynote 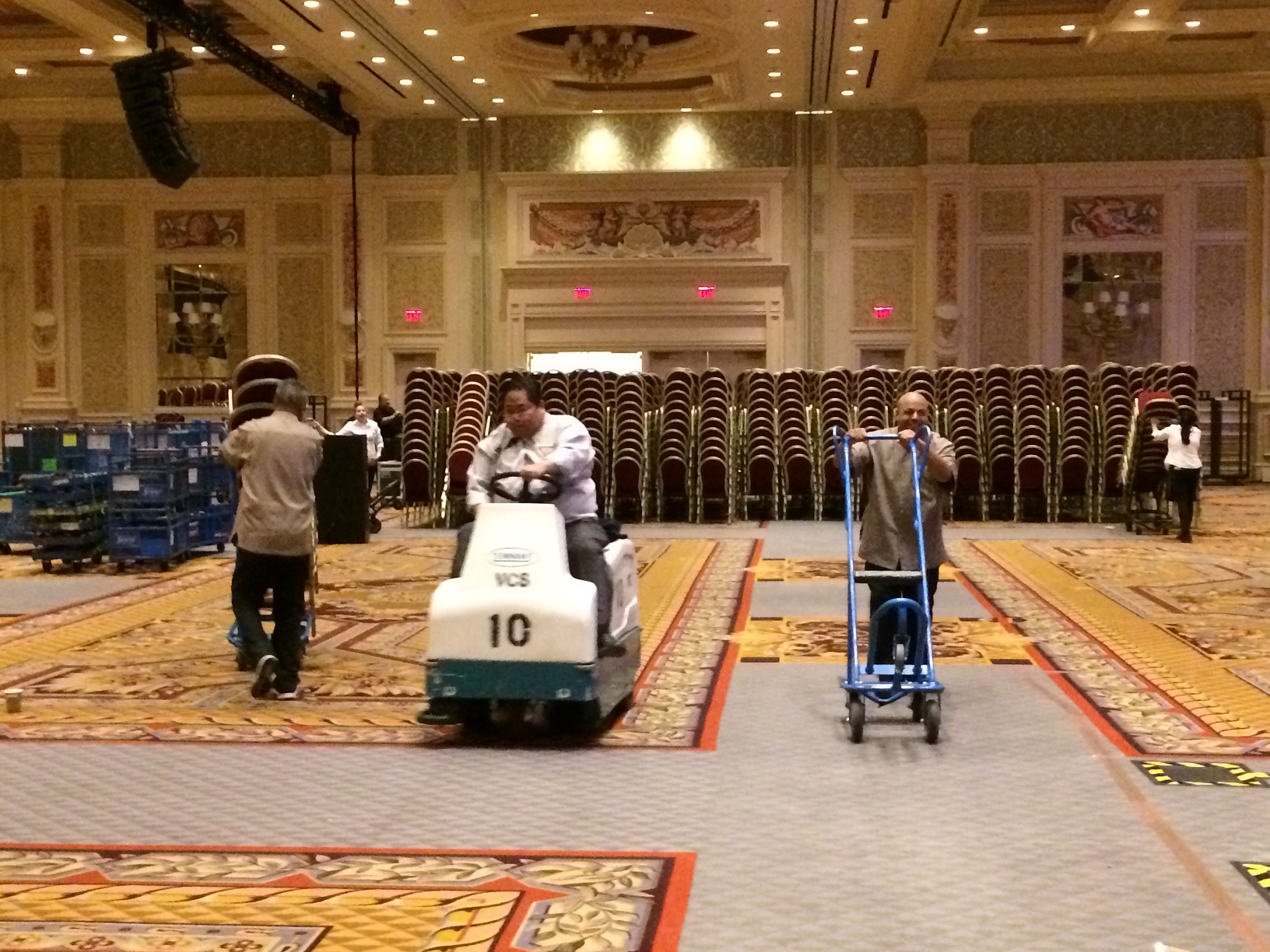 The keynote aftermath – quite fascinating to watch the event staff in action. There was literally a small forklift putting away the chairs. 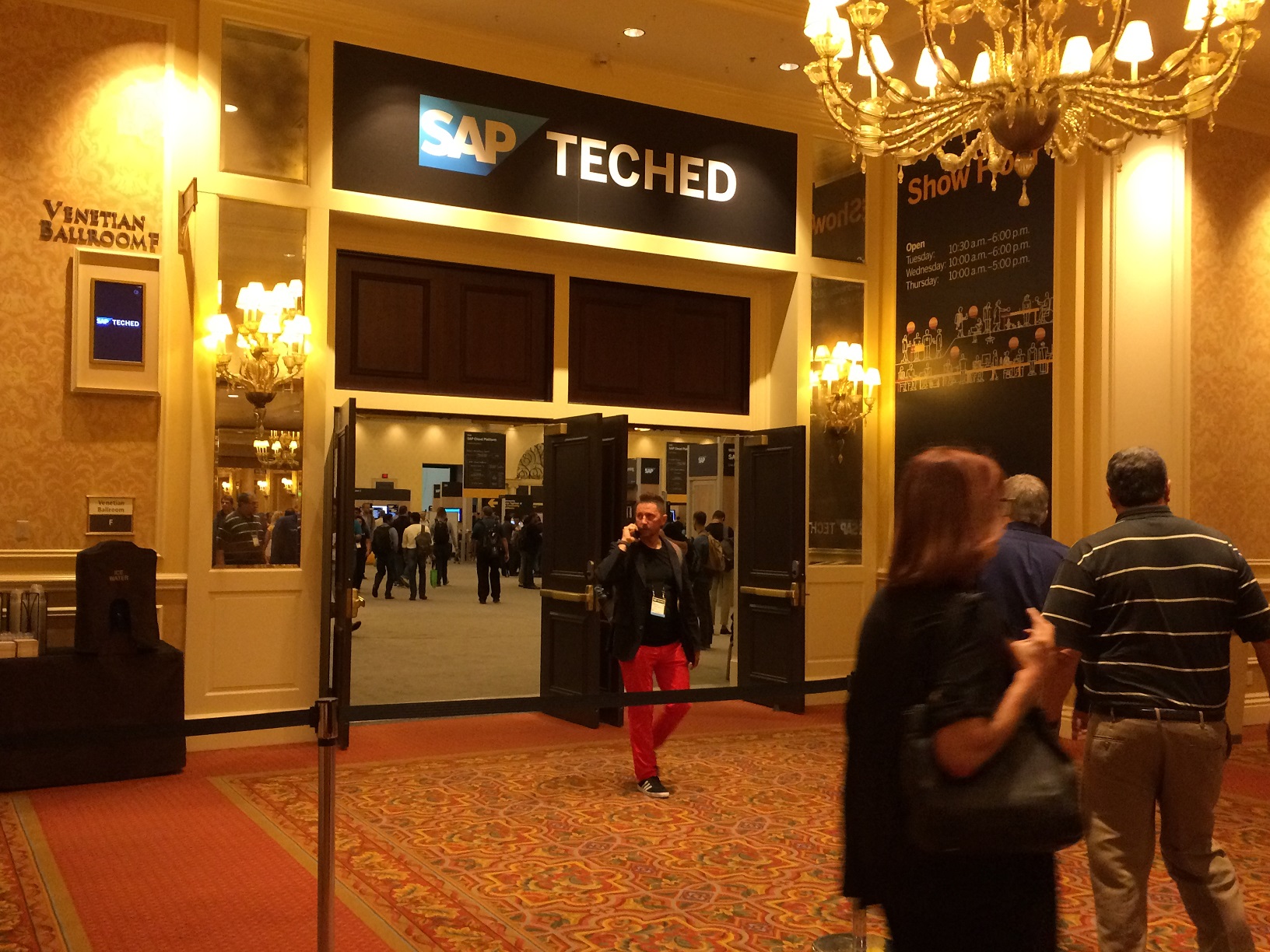 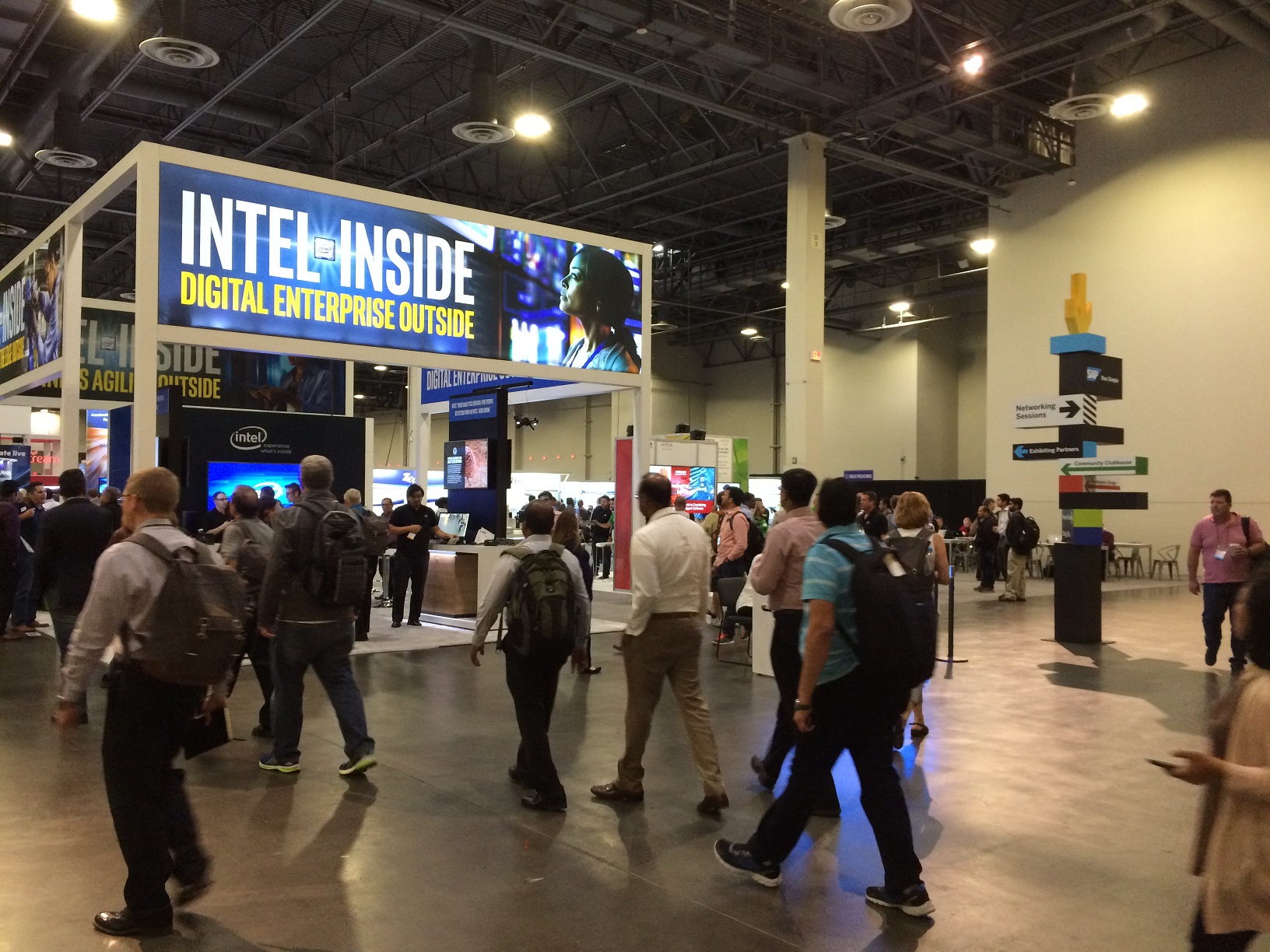 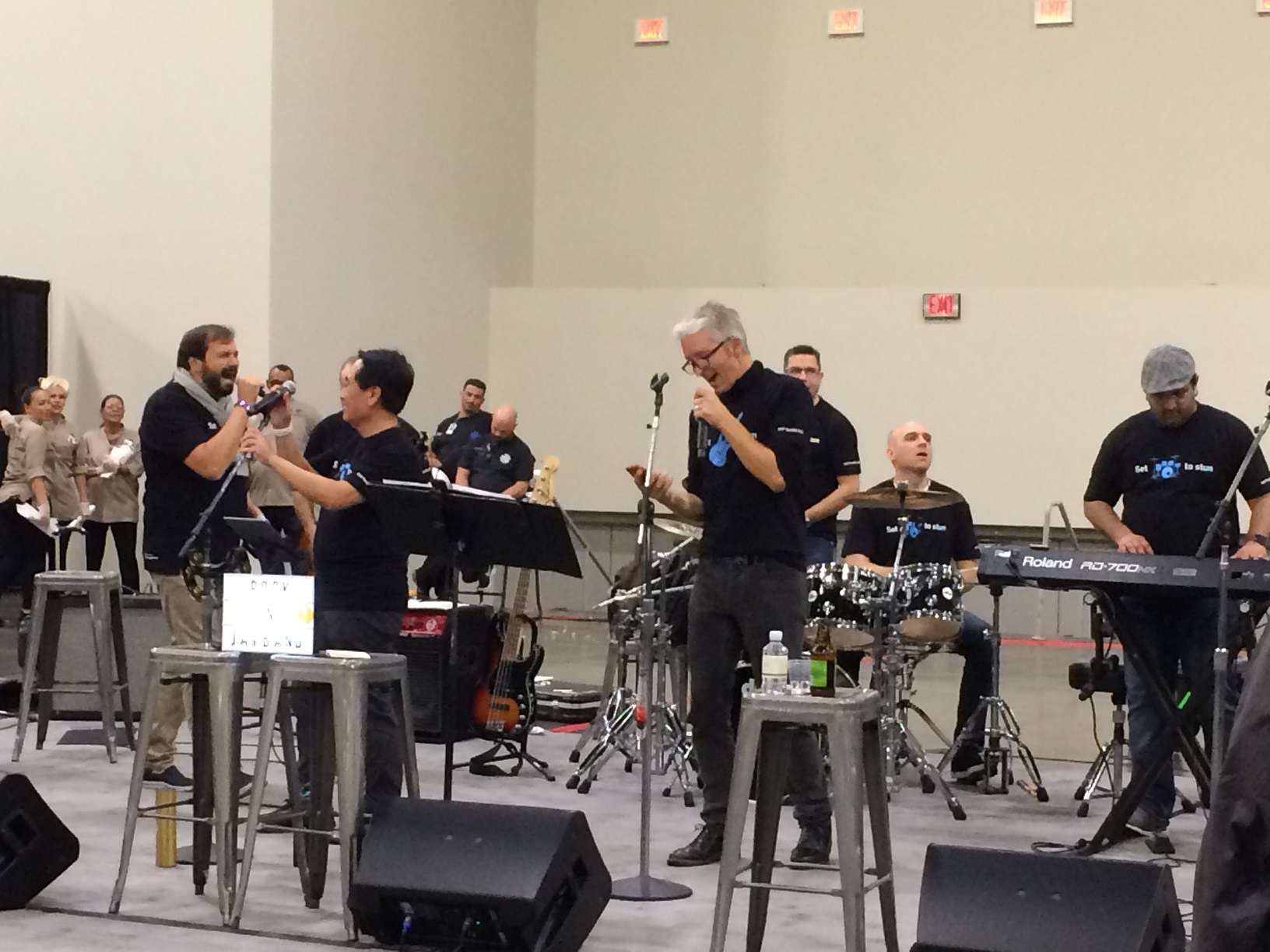 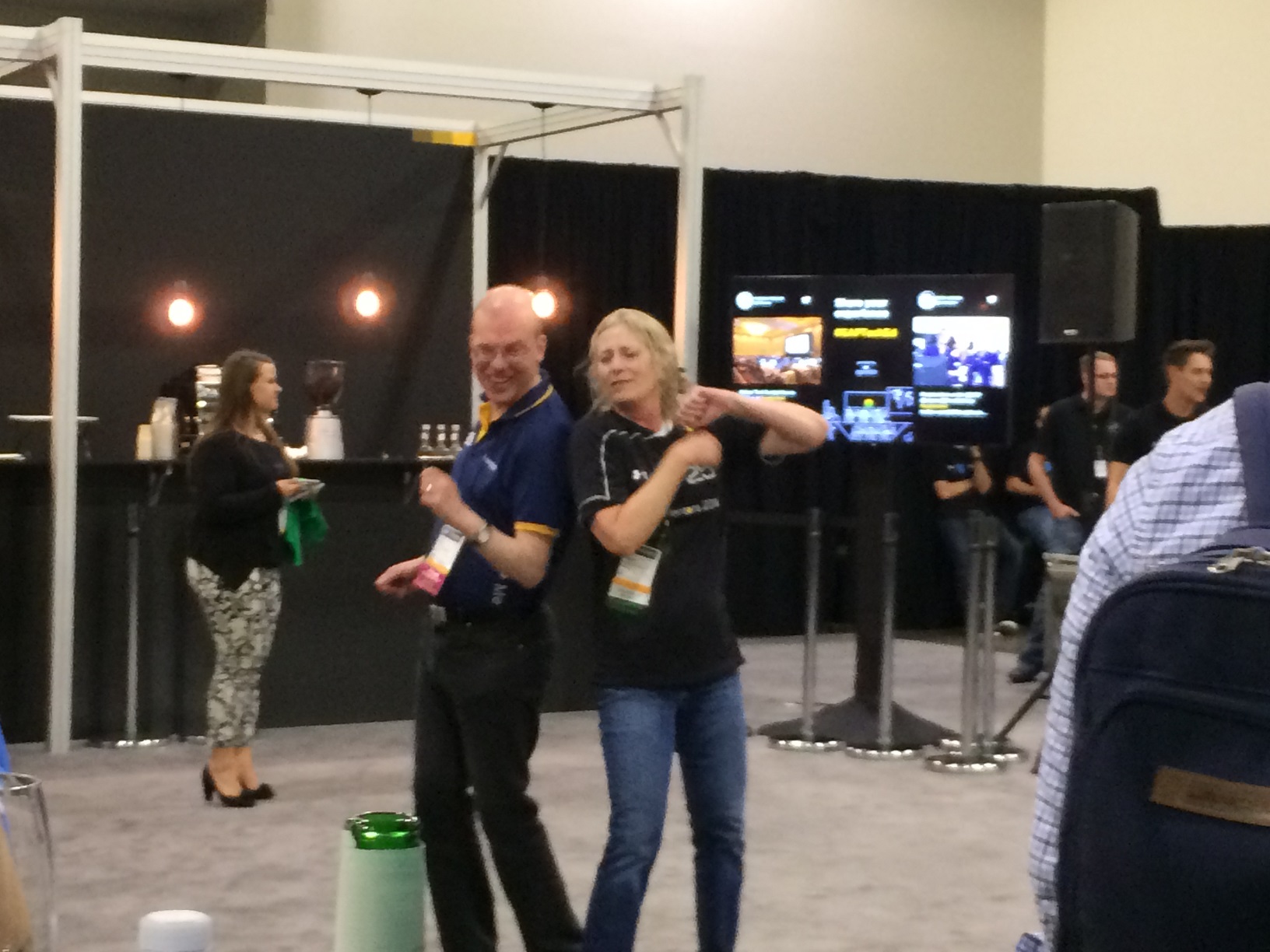 It's a long trip from South America to Vegas Tech-ed, but after reading your post, it makes me wish i was able to attend at least once.

People are coming to TechEd Las Vegas even from Australia. South America is practically next door. 🙂

Here are the actual dustbins. 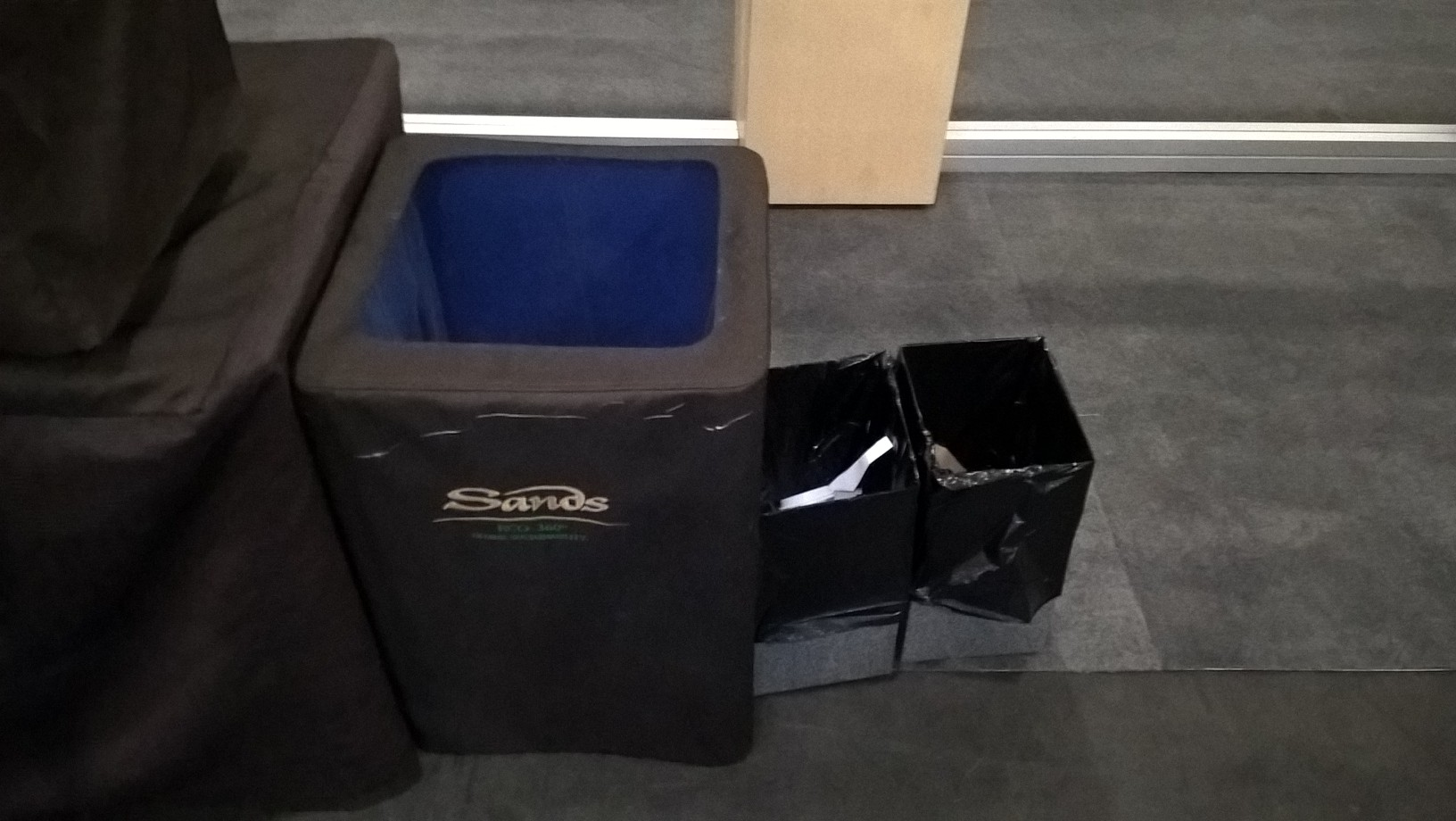 Amazing as it may seem, some people do not realise the vital importance of dustbin pictures to the future of the universe.

It is like staying silent when a speaker says "PARADIGM SHIFT". That is just not on, some things have to be done.

TRIBBLES! *_* Oh I would have played with that tribble all the time (and talked to you of course), had I visited the Mentor stand. IF I were in Vegas.
Why did you get it? Because you are awesome or was there another reason?

As long as you keep the tribble away from others of its kind, you’ll be good. Otherwise you’ll have a massive problem at hand. ^^

As always I love your blogs and the TechEd blogs always seem to reach another level of infotainment. *rushes over to the newest one*

PS: Now I want a goat and a tribble.

For full disclosure: later all the Mentors were given their personal tribbles (which immediately made the three of us who were on stage feel less special). 🙂 Why? I guess because we are totally awesome and it was also 10 year SAP Mentor anniversary. Hopefully it should not be a problem to keep the tribbles apart as the nearest Mentor is about 2 hour drive from me. Quite surprisingly, my cat was not at startled or even impressed by the toy. The kid went bananas though. 🙂

The soft and fluffy goat toy was amazing but, sadly, there was just one and it was closely guarded by the designated herders. At some point it got covered in lipstick after visiting the SAP Community area. 🙂

I think SAP should totally make more of those, then sell them online and donate money to some worthy cause. I'm in for one if that happens.

I'd buy a goat (and I have a picture with Capra!)