Pulling Back the Curtain on SAP S/4HANA Implementation Trends 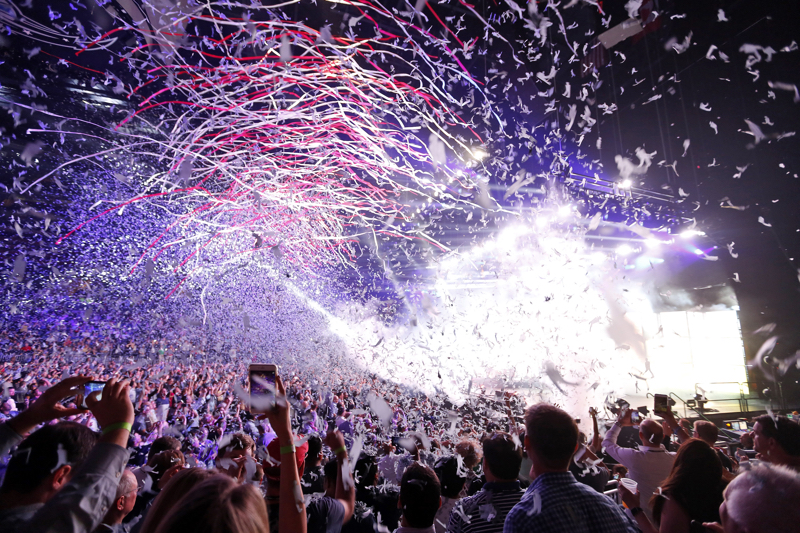 SAP recently announced a major customer adoption milestone: 1,000 Live S/4HANA customers. I wanted to share a little insight on implementation trends from the last two years or so. My colleagues and I in the broader S/4HANA Go-to-Market team regularly field questions from prospective customers, partners, analysts and others about the overall market momentum. Every quarter, we’ve been reporting customer numbers which have shown remarkable growth — the fastest growing ERP product in SAP’s history. S/4HANA has gone mainstream.

And first off, as a former industry analyst, I know what the first reaction might be of my former peers: 1,000 customers live in 2 years sounds impressive, but on the last earnings call, didn’t you mention 6,300 customers licensed? What about the others? Just like anything related to numbers, the full context needs to be understood. So here are the details:

As far as details behind the ongoing projects, not surprisingly, 100% of projects in the early days were finance-only. After all, when S/4HANA was launched, we were building off of the Simple Finance foundation. We started there because Finance is at the heart of any ERP system. It’s the core of the (digital) core if you will. 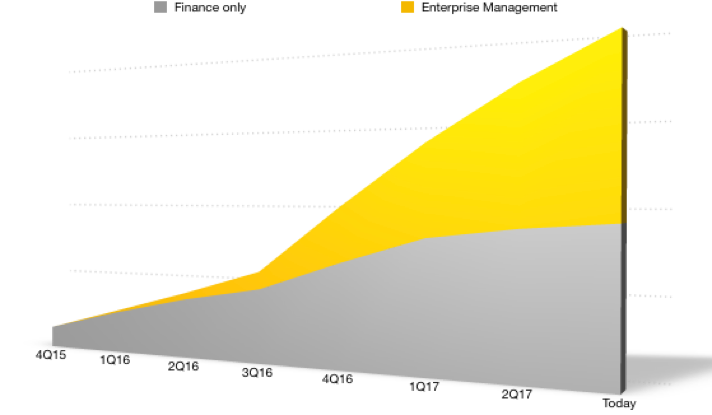 The first release of SAP S/4HANA to include simplifications across lines of business was 1511, released in November of 2015. (Quickly: In our release nomenclature, the first two digits represent the year, the second two digits, the month.) With 1511, we also introduced the term “Enterprise Management.”

Go-lives for Enterprise Management implementations really started to climb in mid-2016. Remember, we’re talking about systems that have a massive impact on end-to-end business operations.

With the release of 1610 at the end of last year, the flood gates really started to open for Enterprise Management implementations, as we brought additional functionality back into the ERP core, now that legacy database constraints were removed. My colleague Amr describes it well here in 2 minutes. Today, more than 50% of live implementations, and over 70% of projects, are Enterprise Management.

The trend lines are clear — Enterprise Management go-lives continue to accelerate as a percentage of the total while Finance-only go-lives are starting to flat-line.

Now, let’s have a look at the industry view. Each wedge in the pie chart is a different industry. When you consider what our overall customer base looks like, there probably aren’t many surprises here. Yes, we have a lot of customers that we classify into the “Consumer Products” space (the darkest navy blue wedge). On the other end of the spectrum comparatively, there aren’t a lot that we categorize as “Sports and Entertainment” or “Defense and Security.” (Quick note: “Defense and Security” are generally military or government agencies, while “Aerospace and Defense” incorporates defense contractors.) 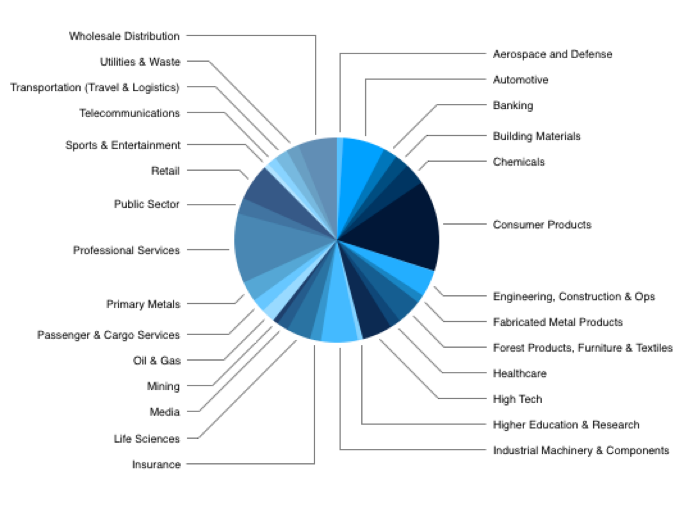 What I really want to point out though is the breadth of industries. We have customers live in every industry. SAP S/4HANA isn’t a manufacturing play or a consumer products play. It’s a recognition that every industry has new opportunities to capture and threats to alleviate.

Last but not least, here’s the view from the geographic perspective. Once again, I think the best summary here is “no surprises” — the live customer distribution generally reflects the overall number of customers we have in each region. 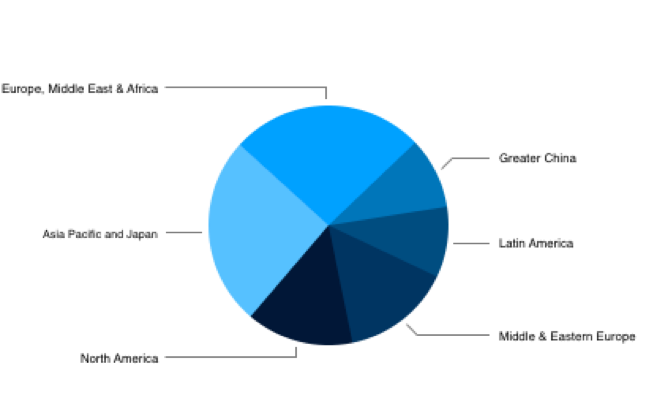 For those that have been watching SAP S/4HANA since the launch, it has been quite the ride! Looking at the data now, it is fair to say that SAP S/4HANA has gone mainstream. When insight, flexibility, and responsiveness are critical to success, no industry can afford to rely on yesterday’s technology. If you’re interested in the motivations of S/4HANA customers, be sure to check out this recent report from IDC, “Voice of the Customer: 10 Insights, Direct from SAP S/4HANA Pioneers” based on their survey of SAP customers and in-depth interviews with some live customers. We’ll also be speaking about the report with Henry Morris and hearing from a unicorn start-up out of California digitally transforming the multi-family housing construction industry: Katerra.

Thanks for the additional insights Peter and curious how many of the 1,000 live customers are currently on the PUBLIC Cloud version of S/4 as would assume those implementations should be quick and a lot less shelf-ware due to subscription model.

Hey Jarret, we aren't breaking out public cloud go-lives yet, but I imagine we'll do so in the future given the hyper-growth rate of that business, and indeed as you point out the ability to rapidly deploy at the customer and start achieving business value. We are seeing S/4HANA Cloud implementations as fast as 6-7 weeks... lots of factors beyond the solution go into that of course. Concerning shelfware, not seeing that really with S/4HANA on-premise. It is a pretty major decision to select S/4, so project plans are started during evaluation and blueprinting phases. I'll PM you to connect more on that.

Peter - there is some interesting insight here.

Have you got a breakdown on green and brownfield?

Have you also got a breakdown of the in flight projects - I am aware there are over 2500 in flight so that would be a useful trend to review.

Sorry for the late reply Mark... We are not publicly detailing those breakdowns you've asked for. But what I can say is that of our customers who have chosen S/4HANA, the majority are live or implementing for the production. There are of course each quarter 400-700 customers who just selected S/4HANA and will of course take time (4 to 9 months normally by project) to go-live.