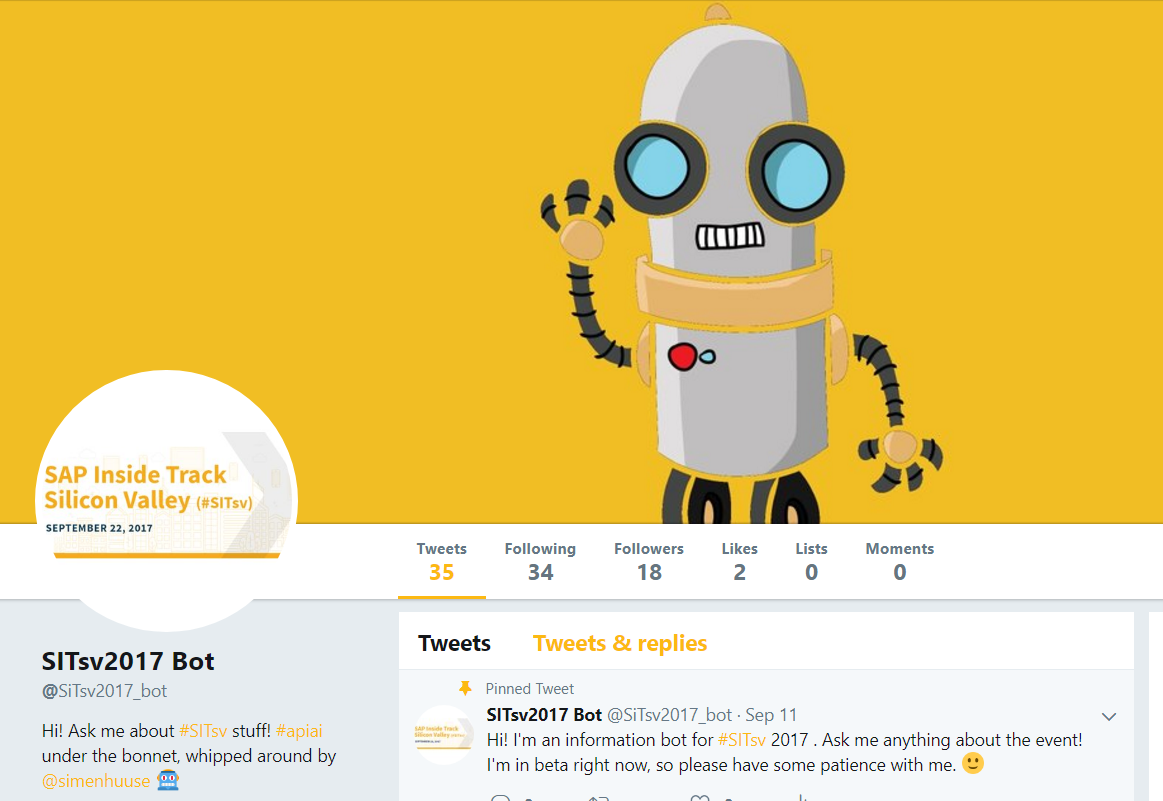 Taking part in organizing the SAP Inside Track (SIT) is a lot of fun, and the effort you put in is definitely worth it in terms of knowledge sharing, networking and experience. To make it work, there are surprisingly many loose ends to tie and things to remember. To help out with this years SIT Silicon Valley (SITsv), we decided to create a Twitter bot that would be able to answer some of the questions that participants might have in the period leading up to the event. There were three main reasons why we chose to do this:

Mostly we wanted to have fun with technology!

Bots are stupid and annoying

When creating the bot or agent, we would like to avoid some of the most common pitfalls. And there are quite a few of them that would make the bot seem stupid and just annoying to interact with. We used some guiding principles, trying to steer clear of those things that make users tear their hair out and cry for some real-human interaction to help them out:

So, we got cracking. I will not go through the basics of the Dialogflow.com agent setup in this blog – for that I will kindly refer you to my previous entry: Chat with your SAP system using SCP and Google’s api.ai

We created the following intents:

This would be enough to get the bot started in a beta-fashion. More intents would be discovered after “go-live”.

Then we created a Twitter-bot (called App in Twitter) and named it SITsv2017 Bot . We found a nice non-copyrighted logo.

Next step was to hook it up to the agent created on Dialogflow.com. It’s not hard, just follow the template instruction given in the integration section of the agent. 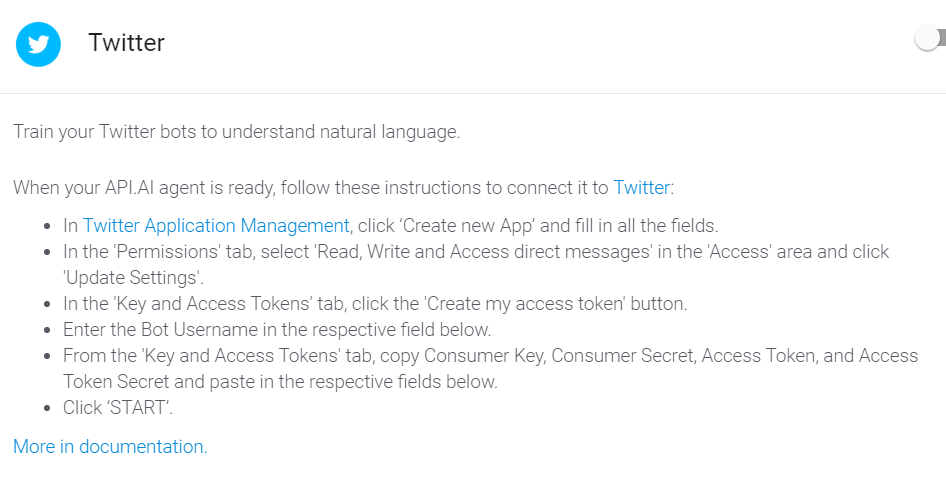 Taking it for a spin

Next thing to do is to test it out, and get some beta-testers. The great SAP Community and the SAP Mentors helped out, and as you can see sometimes it worked out quite well: 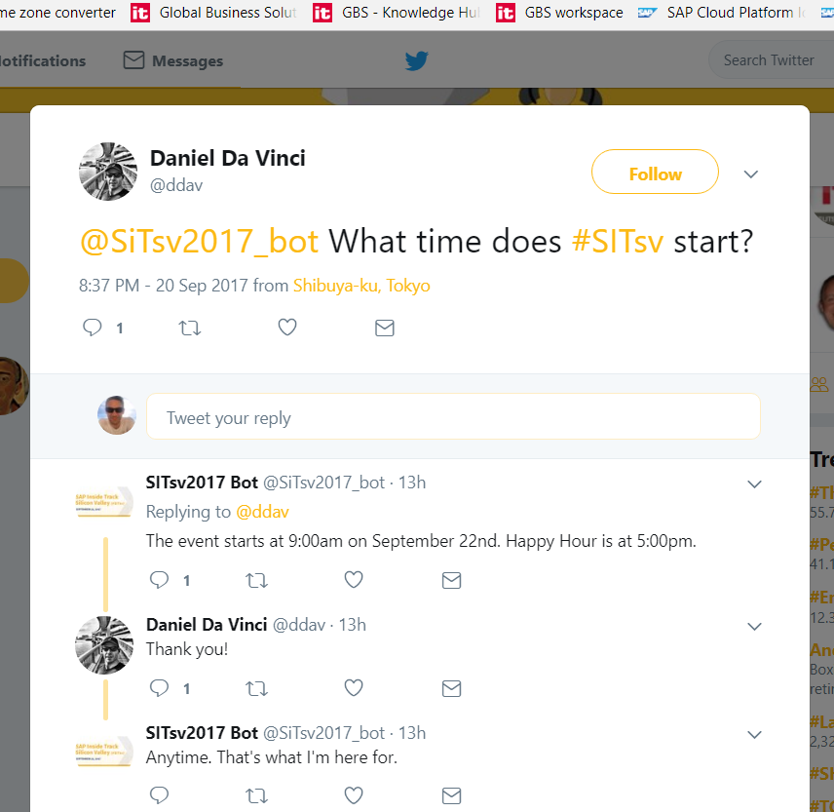 Other times, not so much: 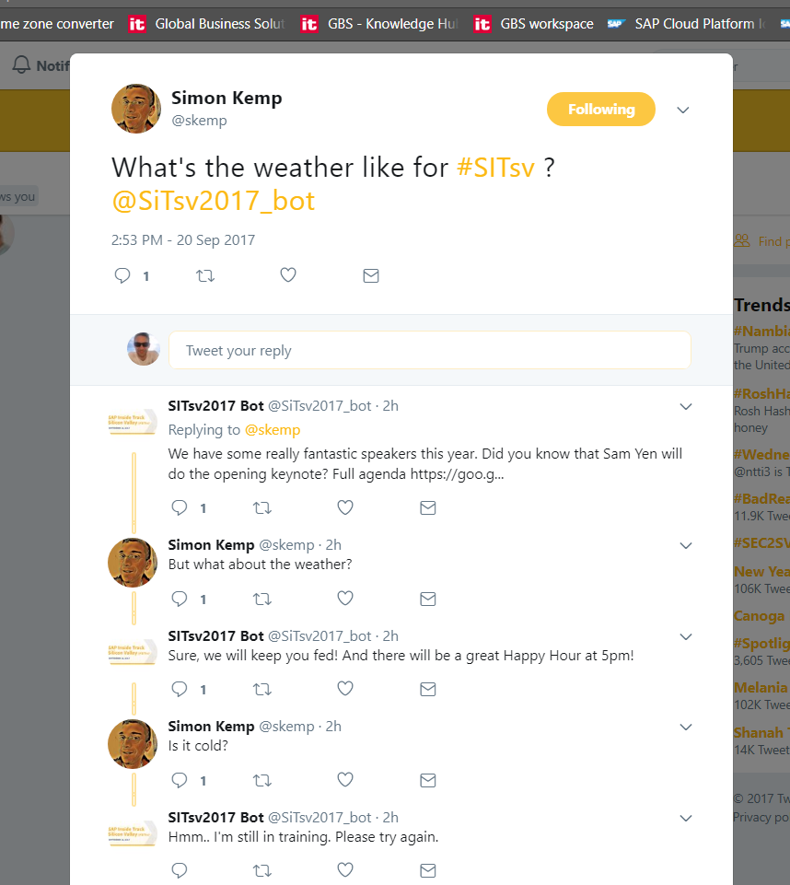 Feedback and improvement – and jokes on SAP CP

Based on the failures we detected over some days, we added new data to the training sets of the existing intents of the agent. A few new intents were also added, some of them needed – others just for the fun of it. As an example, some people asked the bot to tell a joke. In order to do this in a educational manner, we created a HTTP destination on a SAP Cloud Platform NEO trial account, fetching random jokes from the legendary “Chuck Norris Internet Database”. The nerdy section.

We programmed a Java webhook application and started it on SAP CP. The webhook URL was given to the Dialogflow.com bot, and the webhook enabled for the “joke” intent. Voila!

Well. I doubt creating this bot consumed less of our time than answering the questions that the bot actually answered, but it was a great experience. The business potential in this setup is really interesting if you think about switching our 100 people event to a big cooperation, the event location to stores, the agenda to product information and the jokes – no – keep the jokes. 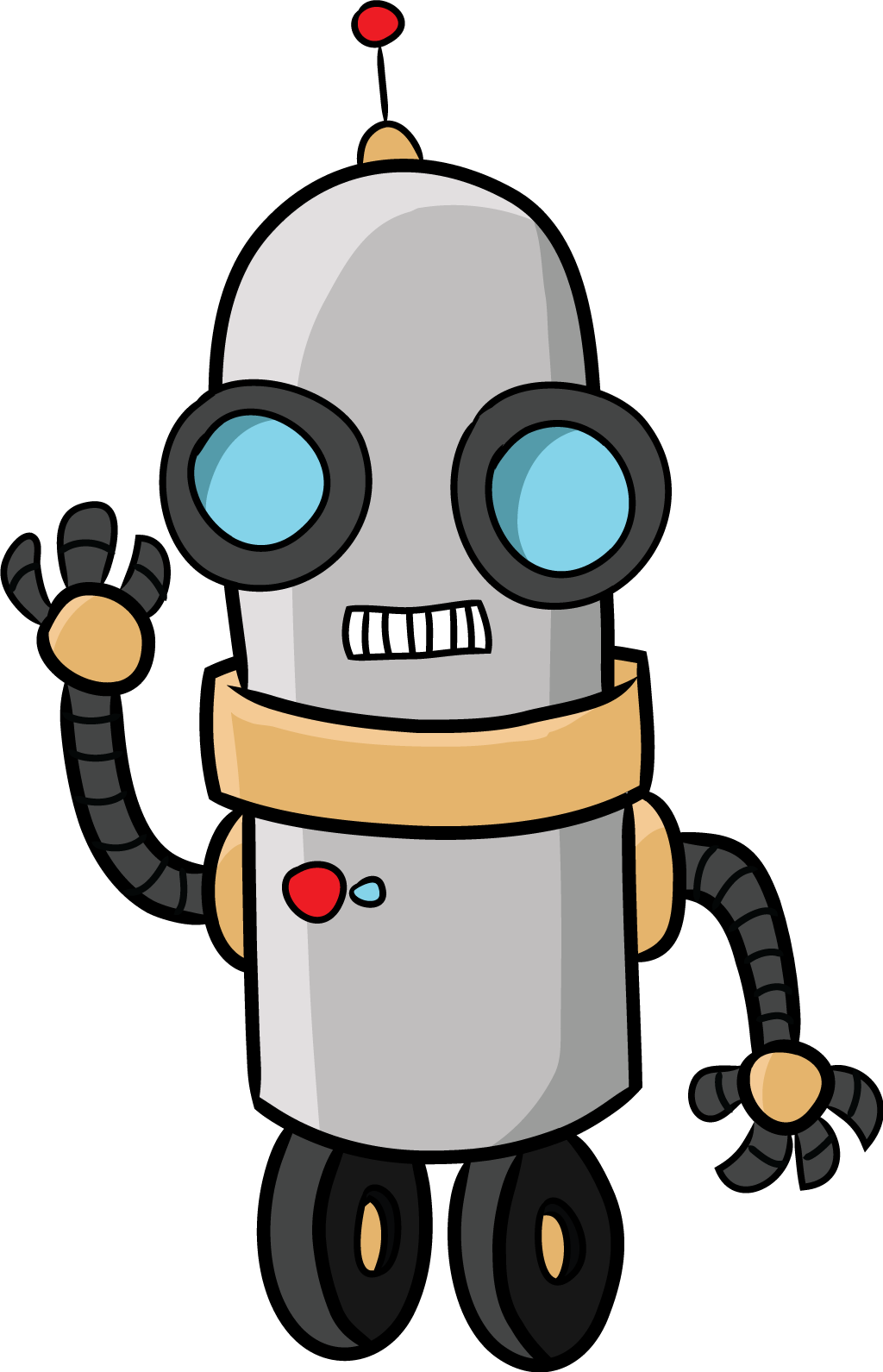