Find what was changed in your SAP PI/PO system

I love getting ideas on how to easier to complete a boring task for SAP PI/PO developers.

I believe quite a few of you remembered the PIDocumenter that I created ten years ago. It was a PHP application that could generate an Excel document with the mapping. This function is now standard with Netweaver Developer Studio, though I would say my version was better formatted. That solution became deprecated because the method to get the XMI file was blocked.

One and a half year ago I started working on a tool to make the testing easier on SAP PI/PO. One of the functions we had could make a comparison of XML documents and read the directory API to understand the landscape. It would be simple to combine the two function to compare a directory comparison function.

I have been working at different places where there was a requirement to document what was transported. And I thought it was difficult(too manual) and time-consuming. But there was not a system in place to handle it so things could be changed so it was out of sync. So I wanted to make a tool that could help in the process.

It became the Change Tracking Tool(CTT).

CTT is a tool that will allow you to find what is changed on any objects, like which switch is changed.
In the Swing tool or NWDS, you can see the different versions of an object. It is though difficult to see which specific field was changed in a change. That is one of the use cases CTT helps with. 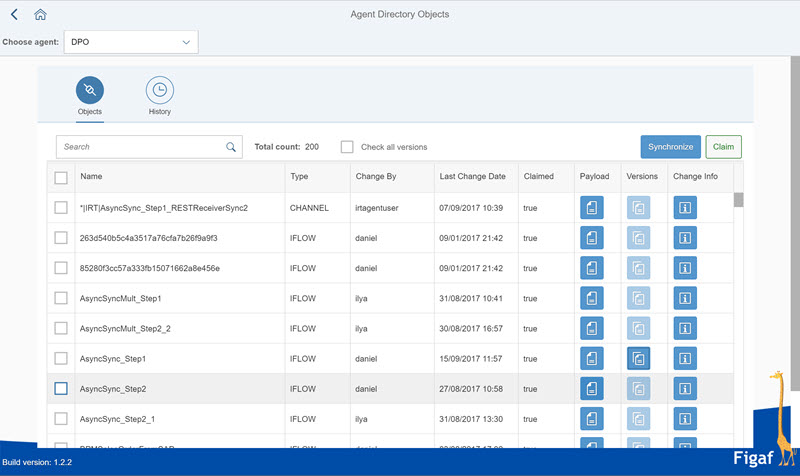 The other problem is about registering which change is affecting which objects. This way you can have an easy overview of the changes that are happening in your landscape. So you can register the changes on your change number, so you can easily track the changes together with what happened.

It has was given as a bonus to people buying IRT (Integration Regression Tool). It did though not match which what those organizations were looking for. So now you can get it for free. CTT is a part of the installation IRT so once installed you will have access to both functions. IRT is still a licensed product; you can obtain a trial license to try it out.

Take it for a spin and let me know what you think.

Nb. we will add Repository information later this year.