Quantum computing is a new computational technology at the intersection of quantum physics and computer science [1]. A Quantum Computer (QC) is a device that makes direct use of quantum-mechanical phenomena of superposition and entanglement to perform operations on data, which is encoded in qubits. A qubit [2] is any well-defined, two-level quantum-system which constitutes the basic computation unit of a QC.

Quantum-computing is interesting because of its potential to provide at least a polynomial speedup over classical computing for many classes of practical problems, and an exponential speedup for particular problems such as integer factorization [3]. Massive parallelism is fundamentally embedded in QC through the underlying quantum mechanical principles.

Developments in Quantum mechanics, a field of modern physics that predates 1900, enabled the development of the first transistor in 1947 at Bell Labs by Bardeen, Brattain and Shockley [4]. This led to the development of the first integrated circuit in 1958 [5], followed by tremendous progress in computer technology followed with the number of transistors doubling roughly every 1.5 years.

This phenomenon, captured popularly as Moore’s law has lasted well into this decade with the attendant increase in computational power of classical computing technology. Technical and attendant economic challenges limit further advancements, as physical dimensions of transistors approach 5 nano-meters around the year 2021, leading to the disbandment of the International Technology Roadmap for Semiconductors [6,7] in 2016 [8].

The technology is still in an early stage of development. The current focus is on basic research, quantum-computing hardware, and quantum-computing algorithms. The first quantum computers (quantum annealing computers and gate-based quantum machines) are currently being tested in laboratories and large corporations. Unsurprisingly, the interest of investors and the big corporate players in this topic has grown significantly in recent years due to the rapid progress in this field.

Several major technical and conceptual challenges need to be overcome to realize a practical, general-purpose QC. Increasing the number of basic quantum-computational units (called qubits), while keeping or extending their coherence-time (useful time) and their inter-connectivity, poses a substantial challenge at this time, with no clear lines of attack.

Experts currently guesstimate that it will take more than 10 years for a general-purpose Quantum Computer to become available (beyond 2025).

SAP’s enterprise software solutions require high-performance database operations and efficient solution of complex, exponential time-complexity [9] combinatorial optimization problems [10], both of which can potentially be accelerated by Quantum Computing. While we expect classical (in-memory) architectures to remain the major computational paradigm in the next decade, Quantum Computing may have a direct impact on SAP’s future due to its potential as noted above.

In the meantime, special-purpose Quantum Computers may be able to solve specific computational problems faster than the best classical computers. SAP, therefore, continues to explore this potential to determine if we can leverage the technology to create significant value for our customers before the first general-purpose Quantum-Computer is realized.

Our approach is to work with the leading experts and quantum technology players in academia and industry on developments in this field. We are assessing the time-scale and the application-domains of these developments and how they might impact the future of SAP and our customers. We are evaluating Qubit scaling, QC SW and HW Architecture, QC algorithms, QC SDKs, and time-to-expected quantum-equivalence for problems of interest to SAP to establish their technical feasibility and timescale for SAP.

To create a holistic point of view, we are already collaborating with different entities and teams across SAP on various topics (combinatorial-optimization, quantum-key distribution for quantum-secure communication, etc.) and will continue to educate our internal teams to prepare SAP for this possible computational paradigm shift. 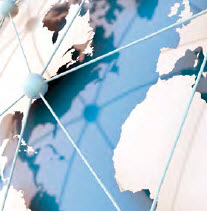 What is it?
Dynamic antidote online for each threat against cybercrime attacks

How it Works
Applying cognitive compute located in clouds computing in quantum computers would be possible to track online patterns of threat, apply dynamic obfuscation cognitive in real time of the recurrent threats in its pattern identified, isolate source of threat and isolate its corresponding action; then it would be possible develop dynamic antidote online for each threat pattern.

A proposed flow in the process of Dynamic Antidote would be to:

1.b.- Hand it off to IBM Business Process Manager (BPM).

2.b.- Apply Dynamic Obfuscation Cognitive in real time of the recurrent threats in its pattern identified to isolate source of threat and isolate its corresponding action.