What is the first thing that comes to your mind when you hear the words “SAP” and “Machine Learning” in the same sentence? Leonardo? S4HANA? IoT?

How about “SAP Innovation Center Israel”? We are starting to be perceived as a solid player in the computer vision space. With a Lab equipped with the best hardware available in the market for deep learning, and a team growing faster than 100% a year, we were able to commercialize, in under a year, SAP’s first machine learning solution: SAP Brand Impact. 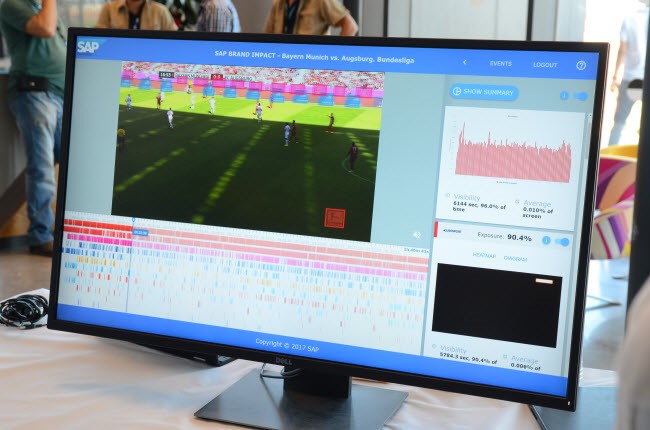 Currently, the advertising and media industries’ standard practice is to use black box algorithms and base sponsorship investments based on considerations that cannot be explained through data or in a standardized way. For example, for a given sporting event, the more prominently a brand is placed at the venue, the greater the cost – the assumption being that these central venue placements also translate into high exposure for viewers watching the event through other media.  However, this is not always the case, nor has it been quantifiable.

With SAP Brand Impact, we can bring transparency to the market and give brands the power to easily analyze and audit their own results in order to make smarter choices in the future. The solution provides reports enabling customers to perform secondary analysis and gain true insight into the performance of their brands – thanks to the proprietary SAP computer vision processing engine developed in-house and backed by several patents.

SAP Brand Impact made an instant positive impression after its release in May 2017.

SAP co-founder and board member Hasso Plattner featured it in his SAPPHIRE Keynote,

as did Jensen Huang, co-founder, president and CEO of  NVidia at their GTC Conference in May.

With a healthy pipeline of more than 500 leads generated since release, its initial live customers include Future Sports for Audi Summer Cup and ERM Tournament. In the B2B enterprise software industry, this timeline for pipeline growth, closed sales, and first implementation is unprecedented.

And There’s More To Come

Since Brand Impact was released, SAP has leveraged the underlying technology in several new and exciting ways closer to SAP’s core product areas.  Though these new product capabilities are not yet publicly released, they have the potential to enable enterprises to Run Simple in an unprecedented way, thanks to our advancements in computer vision!

For more information, we invite you to contact us at: sapbrandimpact@sap.com