SAP TechEd Las Vegas is coming in just over a week. There will be a vast amount of people there and I have a horrible suspicion many people do not yet understand the most important aspect of this conference.

This information is both vital for attendees and also for the presenters. I would be guilty of a horrible crime if I did not prepare both sets of people for the expected behaviour at this conference, and indeed at any SAP (or any other IT vendor) conference you should happen to attend in the future.

There is something that needs to be done, something vital to the future of the entire universe, when presenting material relating to any sort of IT activity or strategy.

As an example, I was just reading the half year results to June 2017 of UK Insurance company “Legal and General”. They had two slides about applying technology – to improve customer experience and to innovate.

We all want to do this, and tell people about this, and this company did it so well, that I will summarise the slides in a table, as follows:-

Amazingly, I did not make any of that up. The half year results are a matter of public record.

All I have done is remove the filler words, leaving the focus area and the all important BUZZWORDS.

This brings me to the two cardinal rules of IT conferences:-

To help you I have prepared a Bingo chart of buzzwords, just to let you know what sort of thing to expect. In the past the idea was to print it out and cross the words off as they are said, now you would want some sort of app based buzzword bingo, possibly with artificial intelligence so it could predict the buzzwords the speaker will say and cross them off for you in advance.

In any event, here is the Bingo chart:-

I am sure you will be able to make up better ones yourself, but this is just to start you off.

See you all in two weeks’ time!

What a great way to make things fun.  Anyone sleeping would be shocked awake that’s for sure.

I can’t wait to see if anyone follows the rules!!!    Boy that will give me a boost when presenting.    I’m printing the buzz words out – beware other speakers.   I’ll follow the rules!!!!

I can’t wait to get to Teched.   It’s getting more interesting every day.

BTW - to get the buzzwords so I could read them - I had to save them on my computer.   That may be part of your wicked plan.   But thought I'd let you know. 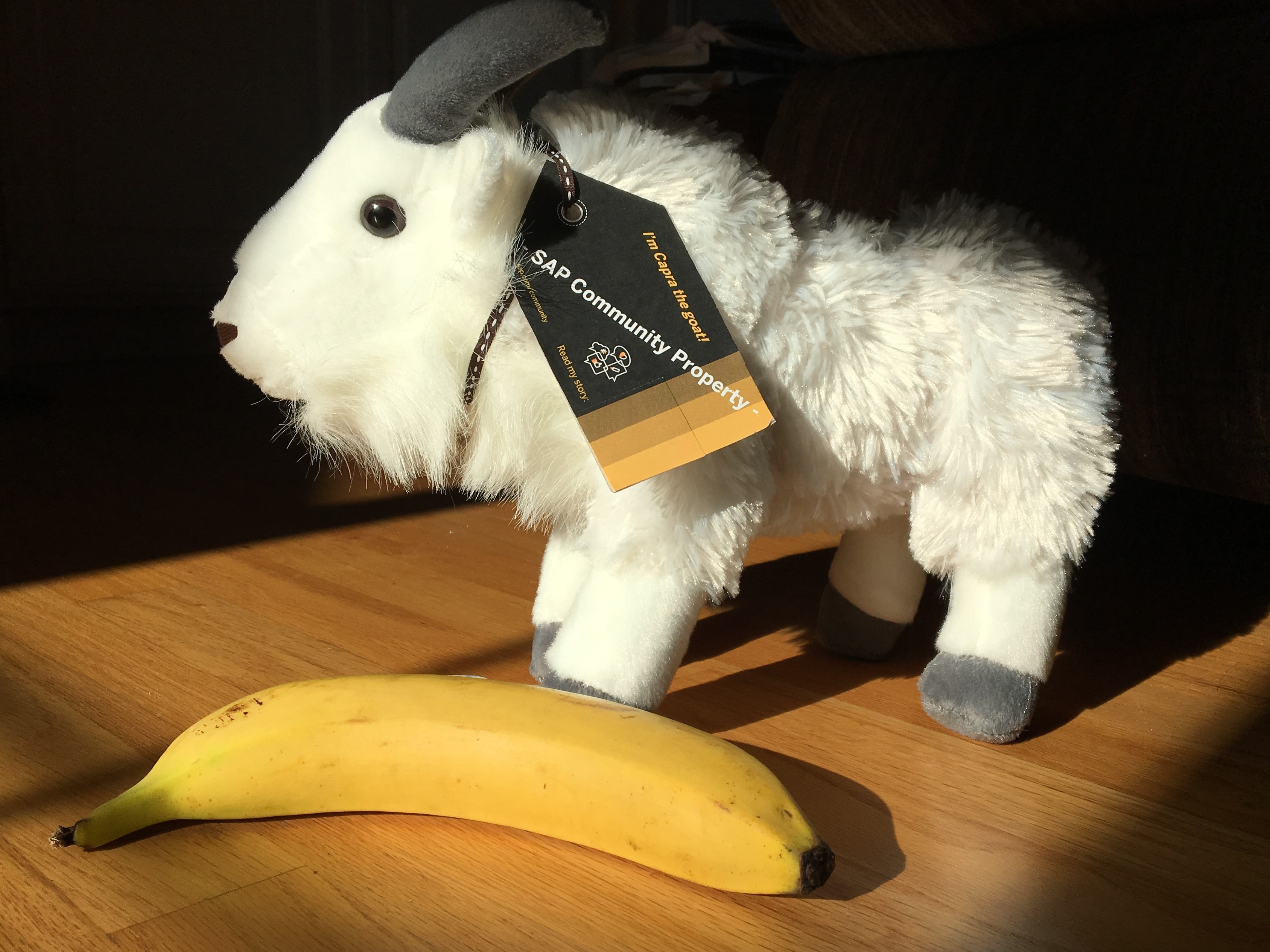 As might be imagined I have been thinking about this a lot, after all it is the most important aspect of TechEd.

In the Rocky Horror show at one point Frank N Furter says "Prepare the Sonic Oscillator!'. The audiences responds by shouting out:-

OH NO! NOT THE SONIC OSCILLATOR!

In the same way what I would encourage to happen at SAP TechEd is as follows:-

Speaker: This technology is so advanced it will revolutionise the industry, it will cause a PARADIGM SHIFT

Audience: OH NO! NOT A PARADIGM SHIFT!

It would be good if the speaker could warm up the audience before they start, do a few dry runs, the way that pop groups do just before singing songs that require audience responses in the chorus like "I am ever going to see your face again?" or "Living Next Door to Alice".

I for one, when I give my speech on the Thursday afternoon, I am going to get the audience to practice before I start my actual speech, saying a sentence about self driving cars and Uber to get them in the mood. Then in the body of the speech I will try to drop in a few goat references and see if I can't work in the one million tons of bananas phrase and hopefully PARADIGM SHIFT at some point. I encourage every other speaker to do likewise to liven up that part of the speech where you are showing the "new / renew /enable" slide which everyone has seen 500 times before. 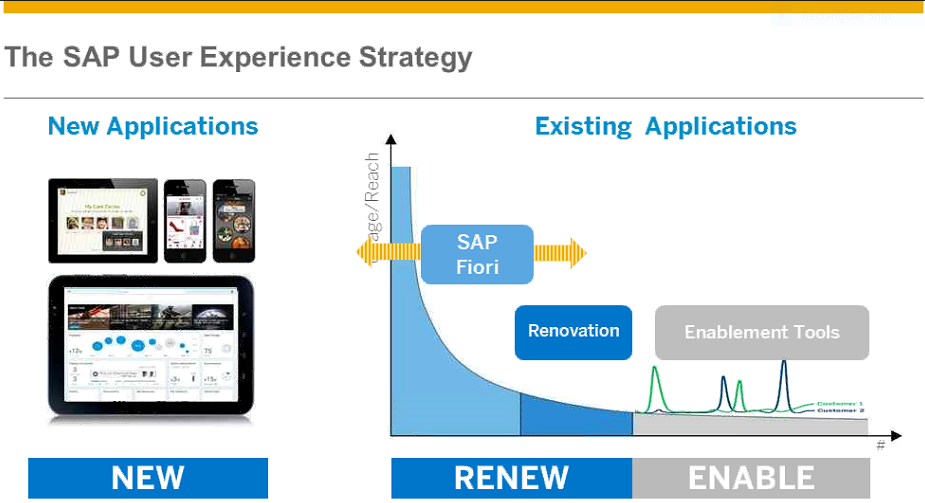 When they see that again the audience will start to yawn and lose the will to live, and start checking their phones. Wake them up again - tell them this UI strategy represents a PARADIGM SHIFT.

Gotta "love" the new SCN blog platform that no longer allows you to click on the picture to get a larger size.

Paul, I'm curious if your warm-up strategy would work at TechEd. Personally, I find that the atmosphere at TechEd LV (have not been to others) tends to be a bit stiff. Usually the speakers can get a chuckle from the audience (can't say many even try though) but getting anyone to actually do anything after they have placed themselves in a chair and set up a temporary office with all their phones and laptops and gadgets might be a bit difficult.

"Mexican wave" (had to look it up, thought it might be something like "Mexican standoff") is probably nearly impossible. Unless Mimosas are served for breakfast. 🙂

Either way, looking forward to seeing you in LV!

I tested the image to see if it could be expanded - as you say in the old system clicking on it did the trick, now you have to right click on it and choose "open image in new tab" from the context menu. I think there are a whole team of people out there dedicated full time to creating new ways to achieve the same thing with more clicks.

I understand that very few people inhabit the same fantasy world as I do, though just now someone from SAP on the goat sub-committee suggested giving people prizes if they tick off all the boxes.

You are right about the atmosphere being a bit stiff as well. In 2015 it seemed to me that the delegates from one of the other conferences in the hotel that was running concurrently with TechEd seemed to be having much more of a riotous time than the SAP people. That conference was composed of people from companies that make plastic fasteners, clearly a much more vibrant community than the SCN.

I heard a speech from one of the IT people from SAP Poster Child "Under Armor" and he says that every morning they all huddle together in a rugby scrum and shout at the top of their voices "HUP HUP HUP HUP WILL YOU PROTECT THIS HOUSE?" and then run off to their desks. And this was just the accounts department.

Anyway, at the very minimum if as many presenters as possible can work in Goat references, even if they get no reaction at all, it will still have made the world a better place.

Looking forward to seeing you too!

So...what you're saying is that I need to bring booze to my sessions. Got it!

By the way, the opening speech on Monday lunch time is a live stream from New York, where Bill McDermot will be announcing a new SAP product.

The tile of the speech is CHANGING THE BIG DATA GAME so there you get two buzzwords for free before he even starts, BIG DATA and GAME CHANGING.

If the title had been CHANGING THE BIG DATA GAME FOR GOATS USING ONE MILLION TONS OF BANANAS it would have been even better, but he probably did not read my blog, hence the abbreviated title. He's still got time to change it if he wants. 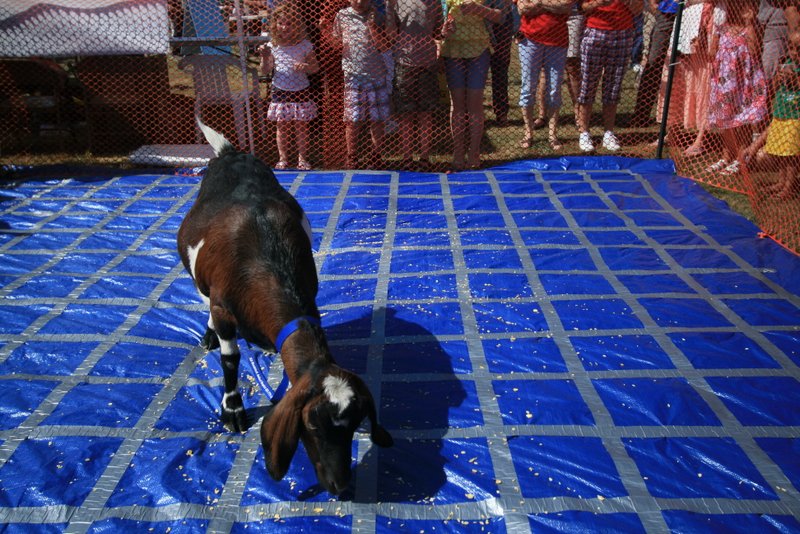 Is there a special prize for getting a bingo blackout (all squares covered)? Because I have 30 minutes... I can definitely fit all those in...