On 12th of September 2017, SAP Security Patch Day saw the release of 16 Security Notes. Additionally, there was 1 out of band release of Security Note 2520064 and 6 updates to previously released security notes.

The security note 2408073 released today, enables SAP customers to prepare their systems to consume Digitally Signed SAP Notes. For details, refer to this blog. We wish to remind you to apply all SAP Security Notes on a priority.

SAP Security Response Team hereby also announces that SAP plans to become a CVE Numbering Authority by the end of 2017. Using CVE as a mechanism to disclose patches to vulnerabilities reported by external sources, SAP will facilitate faster patch consumption and transparency for all SAP customers.

List of security notes released on the September Patch Day: 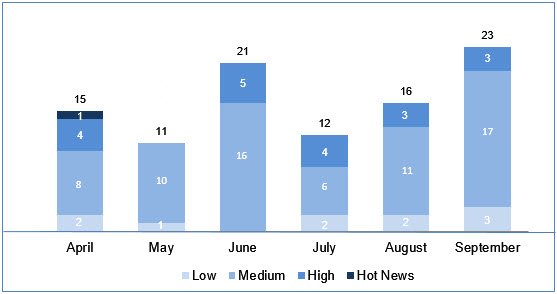 Customers who would like to take a look at all Security Notes that are published or updated after the previous Patch Day see: https://support.sap.com/securitynotes -> All Security Notes -> Filter for notes which have been published after 8th August 2017.